Cryo, was on sale, I listened to SVWG’s opinion on it, which was pretty positive 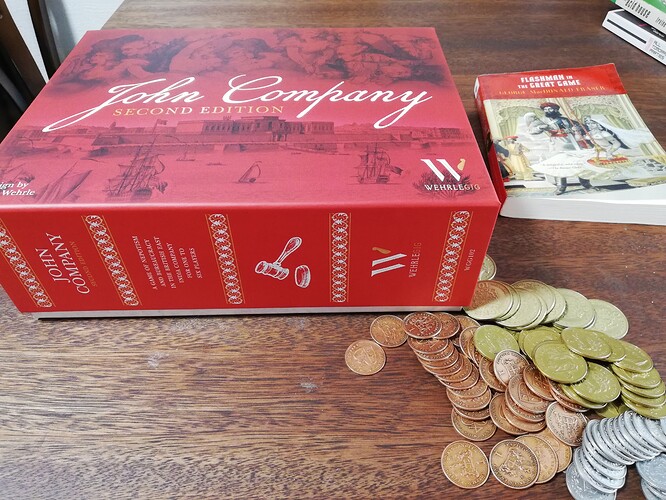 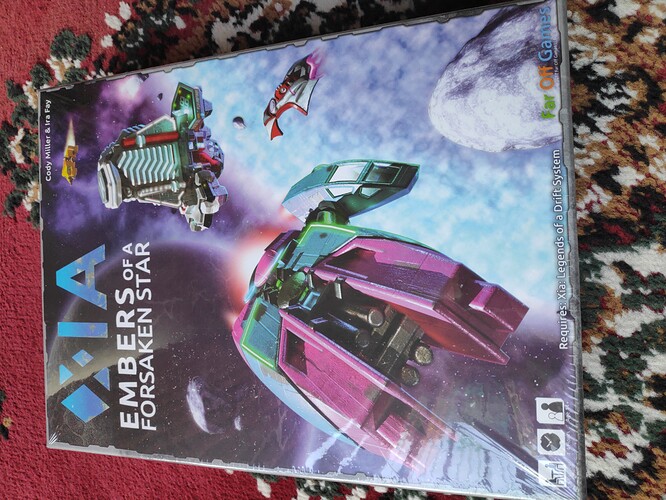 I think there must have been a reprint…

Four very different box sizes vs a standard reference Jaipur (with newer larger Jaipur being non-standard by that definition; sorry – not the best choice of comparison; it was just the most common small box I had at hand…) 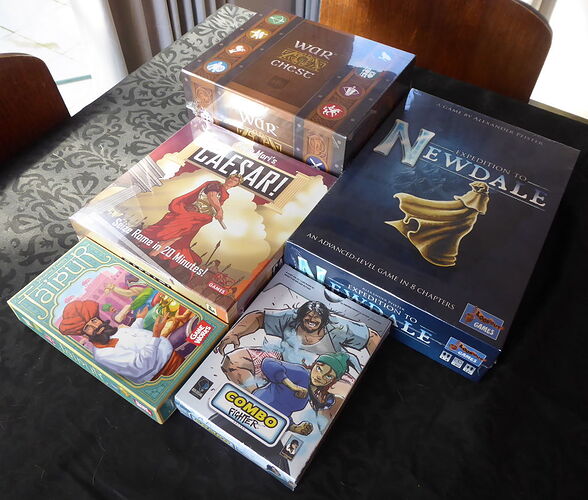 With the larger-than-I’d-expected Expedition to Newdale box having been an alternative for this wee thing, I can only hope it justifies the extra space :‍)

The War Chest box, OTOH, whilst tall, is quite dinky!

I do sometimes feel that it’s a shame there isn’t a standard set of box sizes - say A4 A5 A6 with various depths.

I recall old Jaipur being longer (albeit a little slimmer) than new Jaipur.

The lure of cheap games has hooked me again…Bon Appetit and Nine Tiles Panic (Oink games are usually pretty good).

Well, I gave it a week, and nobody was taking Sleeping Gods off my friend that is selling to fund his move to Australia. So I am taking it off his hands for 2/3 of the asking price here in NZ for a new one. And I am helping him out for his move to Ozz.

It is amazing how many excuses I can find to buy a game when I want to.

Techically bought a while ago, but it finally arrived today! 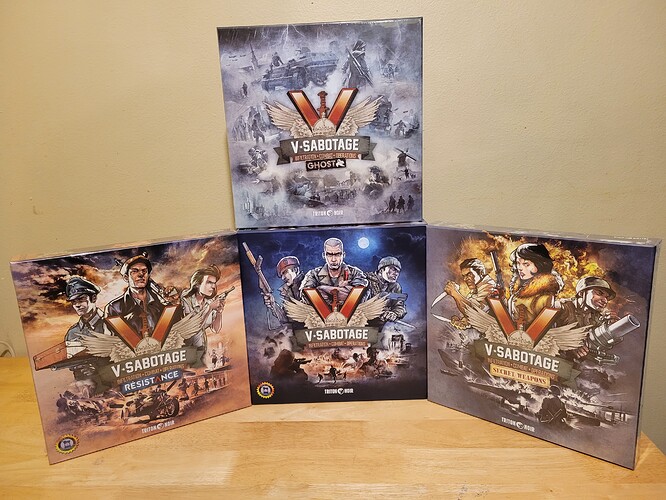 I have most of the V-Commandos-branded games and opted to not go in on any of the update stuff or the Ghost expansion. I’d be interested to hear your impressions of Ghost

Might take me a little while to get to it, but I will be sure to give my thoughts once I get there! 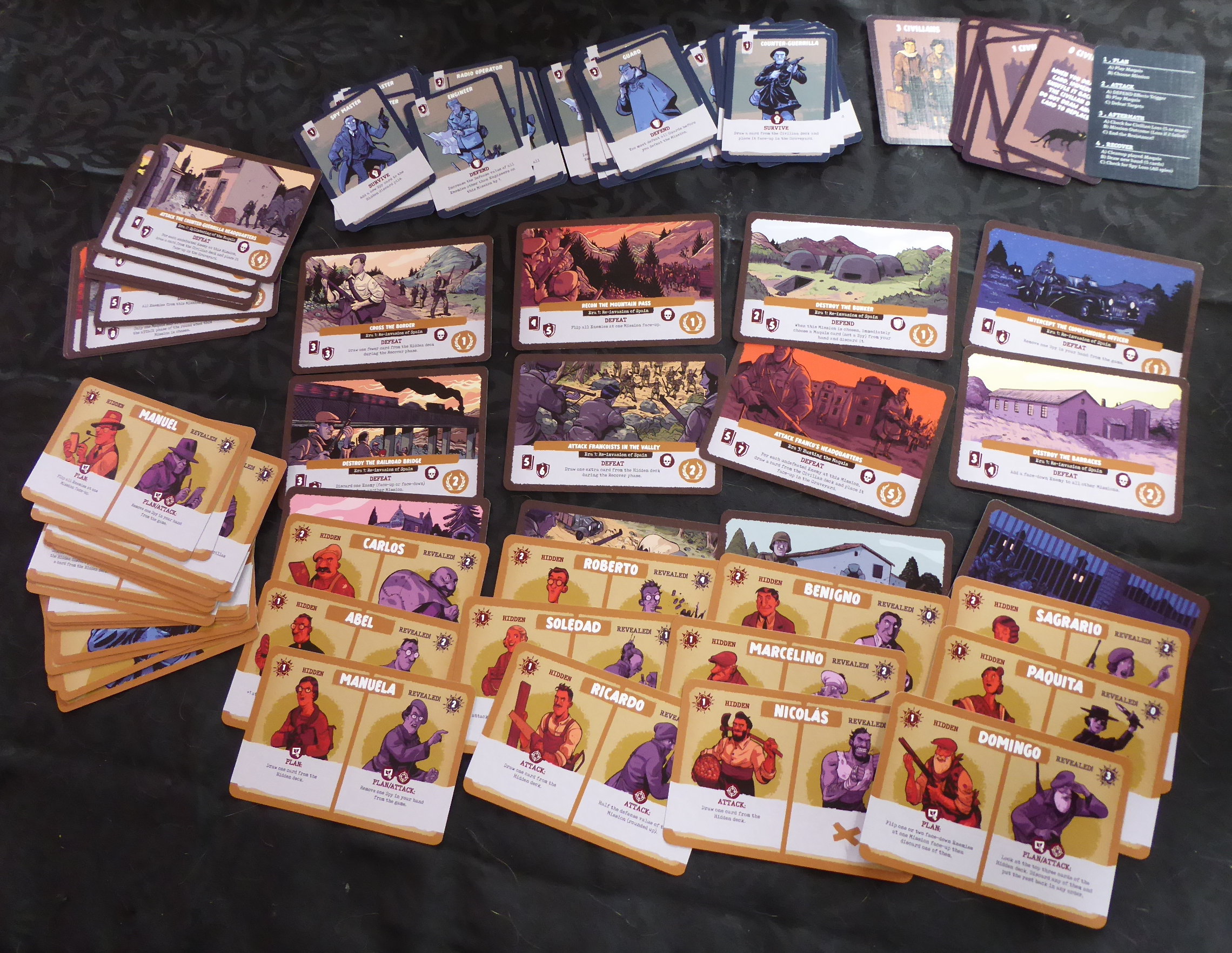 Two real-time games that might work as toys for the kids, and a classic auction game I’ve been meaning to give a try.

I didn’t even look it up when I placed a bid for the other two games. Pleasantly surprised to see it might actually be something worth playing.

A Kickstarter arrival has caused me to question my past decisions and ask the difficult question: “What have I done?” 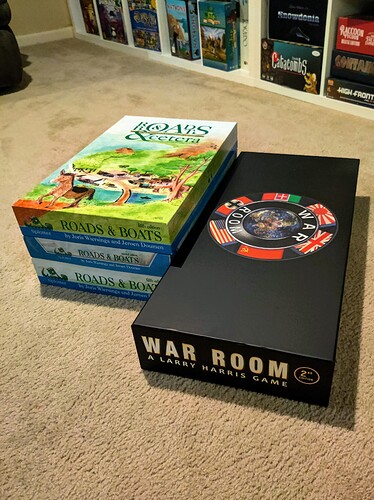 War Room (2nd Edition) has arrived. Shown here next to an ordinary trio of Roads & Boats boxes, the game is unwieldy in its physical manifestation. The FedEx delivery notice indicated that this package weighed 20lbs (~9 kg) and you can definitely feel that while you are bent over, grappling with it and trying to free it from the grasp of the gravity well you didn’t recall installing at that particular spot on the floor.

I opted to add on a set of 2 push sticks (because they’re push sticks, obviously; officially I guess they are called Command Staves) as well as the dry-erase O&P charts (but not the folios for them).

Flipping through the rulebook, there are some smaller less-than-world war scenarios, which gives me some amount of comfort that perhaps I can get this played in the next couple of years.

That is quite the box

You can fit a room with that one

Krieg und Frieden - seen it being played by someone from the OG Guild and it’s cheap.

I think you can bathe in that box.