British History Timeline is one of the many games from Asmodee where cards about events have to be placed chronologically. This one is fun but if you know UK history then it leads to a lot of ties. Nonetheless, recommended.

What I’ve found as a field-expedient way of avoiding perfect games of Timeline is (a) start with more cards in hand and/or (b) put down some more cards as the starting tableau.

My daughter insisted we had to get Chop! Chop! on an outing before a known rainy day in. We’ve made it through by the rules three times. It tests her patience at 5 all the way to the limits but the rules keep her moving. She likes adding a component of tracking “mayhem” through how many broken plates she can cause. Certainly the first game beyond candyland she’s really wanted to win enough to think about what’s happening. 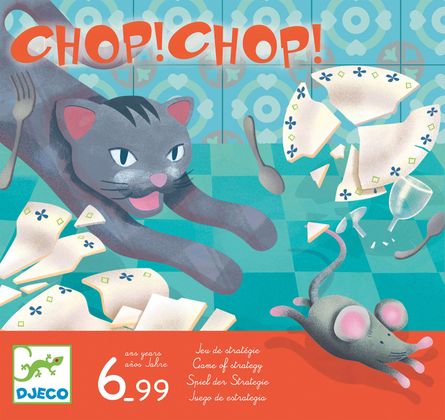 A semi -cooperative strategy game for mice players: One player plays the cat, the others, the mice. Alternately, one mouse plays, and then the cat. The mice need to collect ten pieces of cheese, whilst the cat tries to catch the four mice. On your...

I current have ‘Escape from 100 Million B.C.’ on my table, soloing it learn the rules. It’s a fun romp, gameplay similar to Arkham Horror-style exploration and combat although much lighter and quicker. The play through is slowed by a horrible bug I have which just isn’t going away, but I’m enjoying it nonetheless. We’re on our way to try to rescue Amelia Earhart before she gets eaten by a dinosaur! 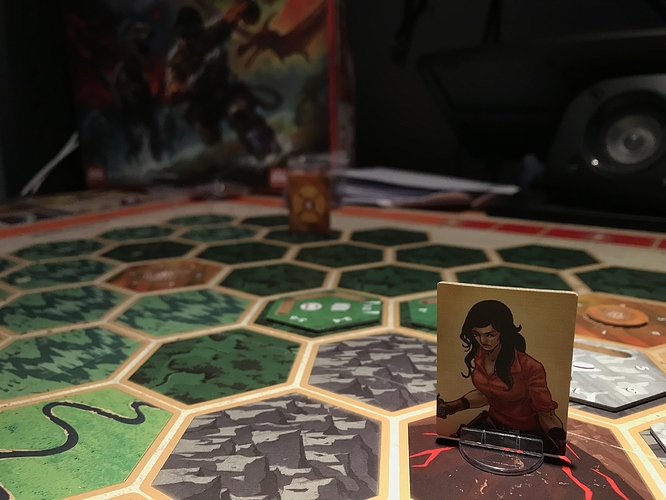 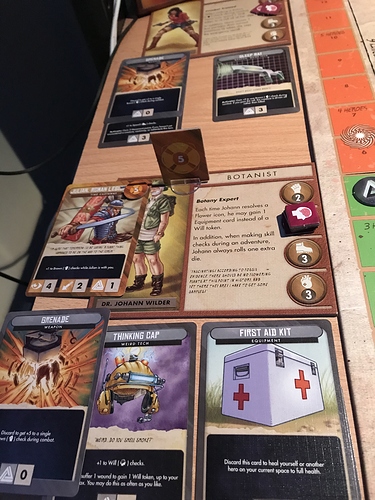 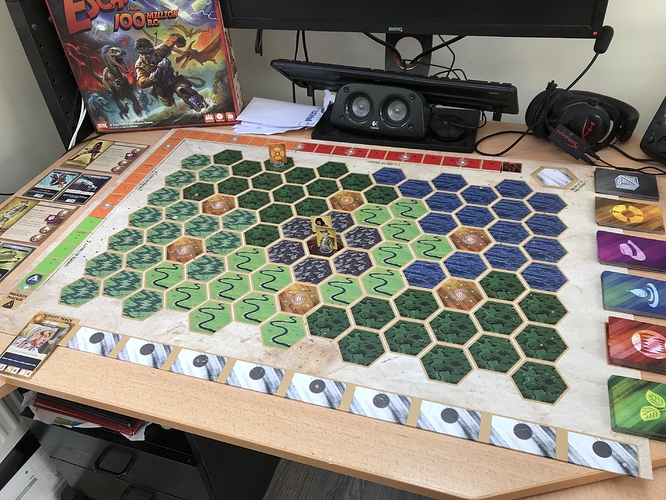 I really must get to Stabcon soon

What a good idea! Next one’s on the first weekend of July.

Something always seems to get in the way of Stabcon for us (and for Devacon this weekend; and for various others) but we’re still trying.

Trying to get permission for a second weekend of gaming this year but may be tricky.

Well, there’s a possible Whartstock… and the 1PG meet in October…

I do agree about AZUL.

I prefer the first version (the one with tiles) to the second (the stained-glass lozenge one). Although it’s not horrible, it does seem unnecessarily complicated when compared to the elegance of the original.

And it reminds British people of a certain age of boiled sweets rather than Opal Fruits. 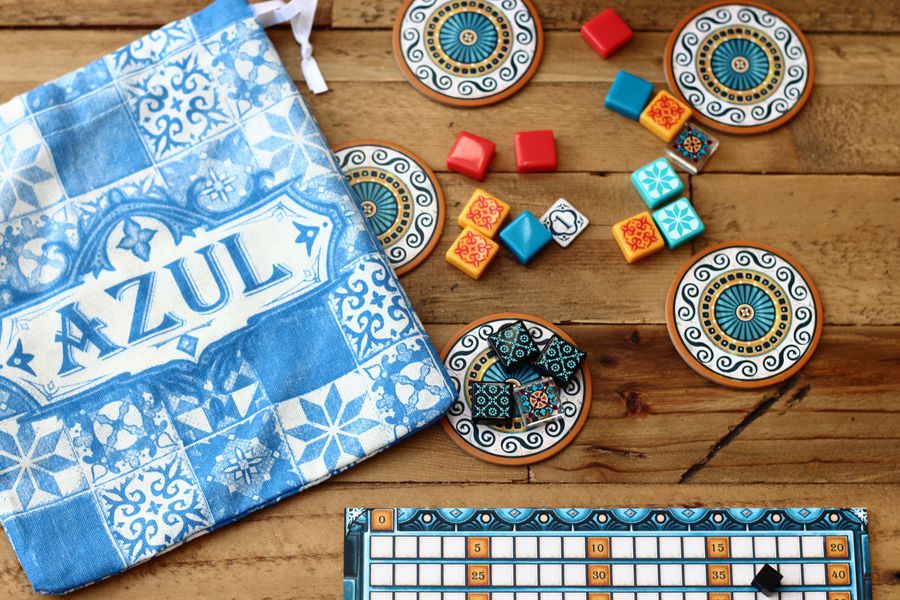 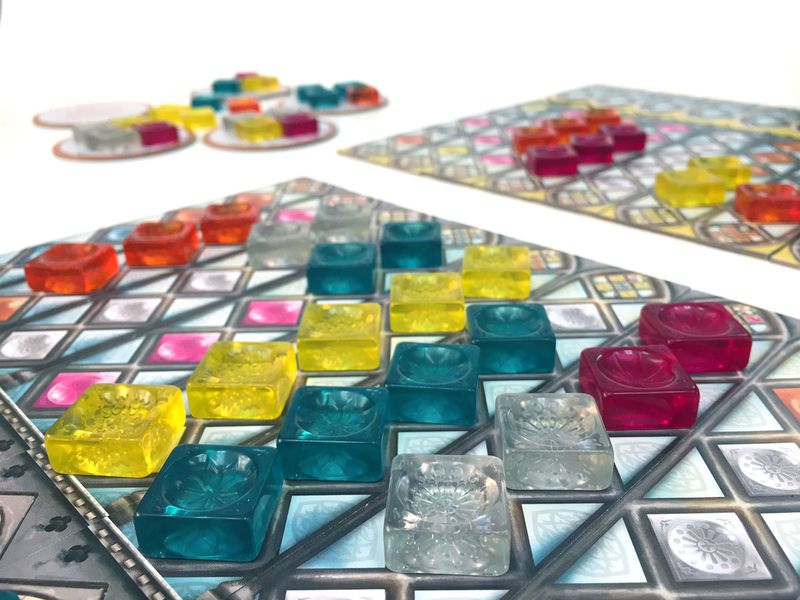 The version the Library holds is the original.
I didn’t know about the new changed version.
Mmmmmm
Not sure I appreciate the change at all

To be fair they are two different games - “Azul” and “Azul: Stained Glass of Sintra”. They have a fair bit of the mechanics in common, but they’re not just re-skins of each other; it would be possible to enjoy one and not the other purely in terms of gameplay.

Good, it’s a game I hope to buy one day

And it reminds British people of a certain age of boiled sweets rather than Opal Fruits.

Yep, those are definitely Spangles.

Tried out ‘Men at Work’ last night - a fun dexterity-based game, although my quick tip is ‘don’t play with a highly-trained surgeon’. 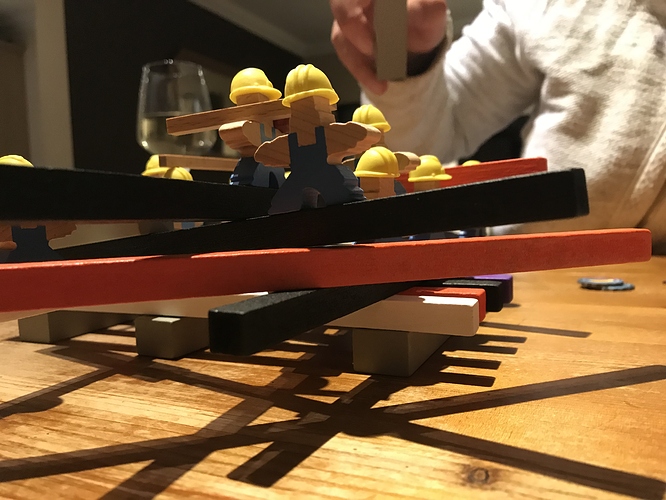 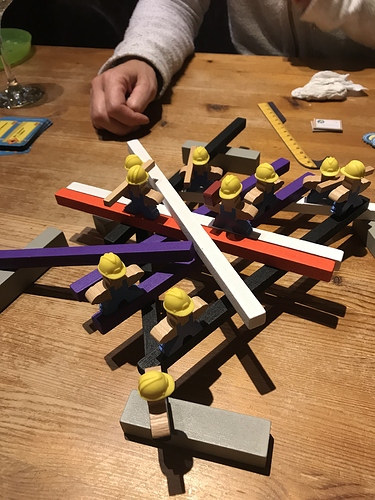 So what is that one about, Nick? To my untutored eye it looks like jackstraws with added Lego minifigs.

Well, with this one you’re building it up instead of pulling things out, it’s quite fun. More like Rhino Hero but a slightly longer game and with hard hats. I’ll bring it to Expo.

Great, you can have a couple of drinks while you explain the rules to me then we’ll give it a go.

Triple espressos all round?