Today I formally “brought home” Hand of Fate: Ordeals, which has actually been on my shelf for the last month or so. A friend had loaned it to me and I warned him pretty early on that I’d be angling to keep it permanently. As a deckbuilder it’s got a bit of an old (read: dusty) feel to it, but it’s paired with this fabulous adventure element that, for me anyway, really captures the best parts of the video game (based on a fictional board game).

This wasn’t the full Kickstarter package, but it was one of several “whoopsie daisies” retail boxes that shipped with the bulk of the extra gameplay materials included. This means I’ve got some additional cards and modules, and importantly I have the stuff I need to run the endless/roguelike mode, which looks awesome.

It’s funny, I don’t think it’s an especially exceptional design or anything, but something about the loop is just a pleasure to engage with. The lavish artwork doesn’t hurt, either (this is an example of Ian O’Toole flexing his whimsical muscle a little, by the way).

I’m all laid out for another run whenever I can get to it. Soon would be great!

Next time we meet for games I’ll be much nicer to you and make you play games you don’t like.

A preorder I had placed finally came in with:

If it doesn’t work solo and/or 2-player

No Pun Included have put up a video TODAY saying it’s good at 2-player (arguably better than 3-4).

So this arrived yesterday. Looking forward to reading through this over the weekend and maybe getting to try it next week. 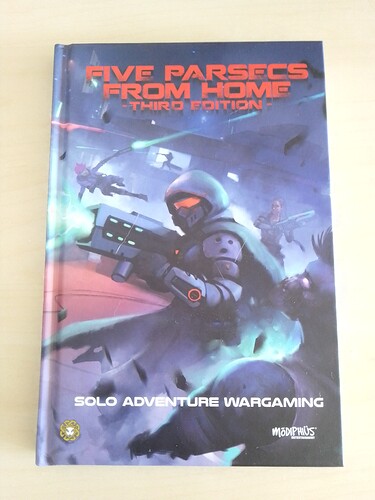 Please report back, if you get to try it. No idea what this is, but it sure looks intriguing.

Too busy today to write much but it is a solo small-scale squad (of 4-6 figures per side) skirmish wargame set in a generic space setting, with a simplified ruleset and includes campaign mode for pre/post battle events and character improvement, Here is the BGG link for some more info, and there are some quick playthrough videos on YouTube too.

There’s a nice project blog of someone putting together a crew and running some of a 5 Parsecs campaign here: 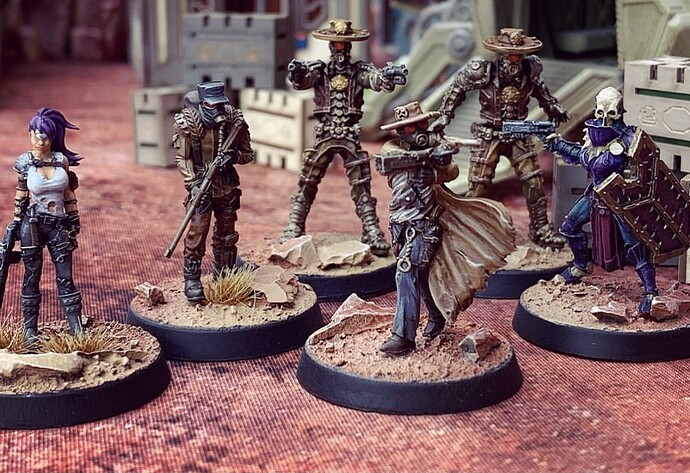 Five Parsecs From Home – OnTableTop – Home of Beasts of War

The hard copy of the fantasy version, Five Leagues from the Borderland, is available for pre-order with Modiphius at the moment.

Ooh, I have that!
Please tell me if it’s any good… I got about 6 pages in before the semester started and I haven’t been able to free up any time in the last 5 months since.

My Summoner Wars 1st edition is now complete. I bought Shiva, from the Benders faction. -

Well, this evening, I rolled up my starting crew, equipment, ship and planet, and prepared for the first battle proper - which has a very “Aliens” vibe to it already. It’s been more like an RPG so far, and fleshing out the characters and universe from the random charts has been good fun. I’ve printed off a couple of grid maps and some Starfinder pawns for the crew and Vent Crawlers so with luck I will get to try it over the next two or three nights. Preparing the pawns and maps did make me nostalgic and wish that I still had my Warhammer 40K minis, terrain and building props from those great gaming sessions in the late 1980s.

My wife noticed someone selling Ra on Facebook, the FFG version. Gladly jumped on that and cancelled our pledge. We miss out on the fancy art, but better for the environment to buy second hand. Plus we’ll have it next week.

It’s perfectly fine, I don’t know why everyone hates the art of it.

There’s some decent player mats for it on BGG

I finally convinced myself that I needed Cthulhu Death May Die in my life. I have zero regrets so far, but I do have a question:

What the hell am I supposed to do about THIS? 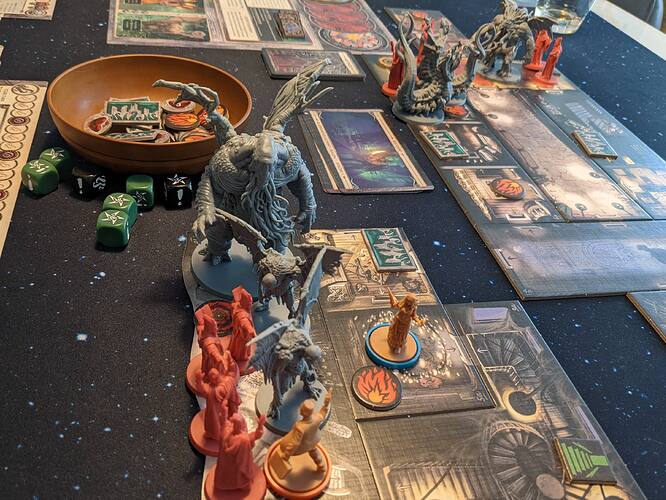 [EDIT] I feel like it was a big miss not pointing out that the little green stairs icon on the bottom right leads directly to the OTHER writhing mass of death in the background.

You need Rasputin there… just saying…

At least with some characters, I remember building up defenses big enough that cultists could not harm them, so you need to focus on the big’ns. Still, looks like he dies if he can’t sneak out…

Turns out there was a toddler star spawn nearby who trashed my table while I wasn’t around. Never saw that one coming, this thing is full of surprises!

Speaking of stars, I like the play mat. I was trying (and failing) recently to find one which wasn’t aesthetically offensive.

It’s been a long time and I was pretty willy-nilly about buying it, but I’m pretty sure it was from Fantasy Flight. I find most starfields a little too busy and/or gaudy as well, so I was impressed by the neutral tone. I’ve been just terrible to the poor thing as well, and it’s held up pretty well. Note that it did have some waviness that never worked itself out, but it was never much of an issue. I also found it a bit pricey considering it doesn’t have stitching, but I prefer a raw edge on big mats.