The resurrected miniatures painting and showing off thread

I haven’t had a chance to really sit down and paint seriously for a long time. Still, I’ve been bad about taking pics of what I have been able to get to, and I gotta fix that.

I’ve started an experiment with the miniatures set for Return to Dark Tower, starting with the quest markers (the only objects that explicitly need paint). These came with a wash, same as the hero figures in the core set, but for some reason they decided to go with a black wash on black plastic. You can guess the effect is basically: dirty looking black models. Thankfully(?) the wash on these things seems more like a dip, so I figured some simple drybrushing would go a long way and act as a good-enough base for a primerless solution.

It’s not without its frustrations, but so far so good—at least insofar as the barely-adequate standard I’ve set for this job. 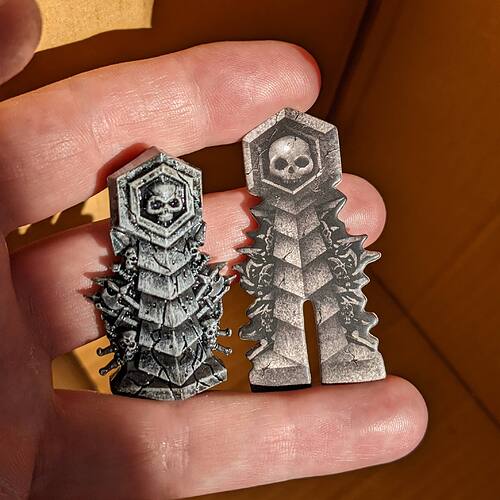 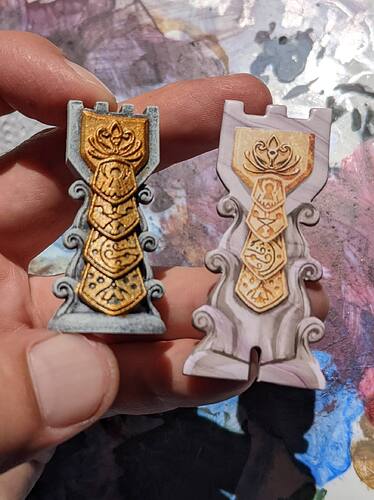 Those took less than 5 minutes in actual paint-time and the coat feels robust after a proper cure. I think I’ll move forward like this!

They are the only parts of the game I (IMHO) would want more minis for. I feel like the monster tokens with the info printed is a neater solution than the monster minis (although I’m sure they look great).

I was pretty sure I’d just stick with the tokens (and initially refrained from buying the minis), but after my first session with the game I knew I wasn’t going to be able to resist; I found myself using the deck of reference cards more often than craning over the table to see what I was up against.

Once I realized the token info was largely superfluous for me, it was all over. The game’s already so insanely overproduced that tossing in a bucket of minis almost felt obligatory. Funny enough, in spite of literally carrying less info, the minis have helped read the board at a glance. The images on the tiles were small enough that I needed to get up half the time just to confirm what my threats were, so being able to identify the baddies with a quick glance has actually improved usability!

[EDIT] Also worth noting: players who buy the minis pack and have no interest in painting anything are quite literally better off with the standee versions of the quest markers.

Except for the fact that the standees fall apart every time you pick them up! The only component weakness of the game, I’d say.

. I was going for a rich orange, but I’ll take brown! Brown is just dark orange anyway… Right?!

I’m pressing forward with my black-and-drybrush color coding for Bardsung. I’ve got the green hobgoblins, blue duergar, and now red orcs done. I’m toying with the idea of going back and painting the eyes in. 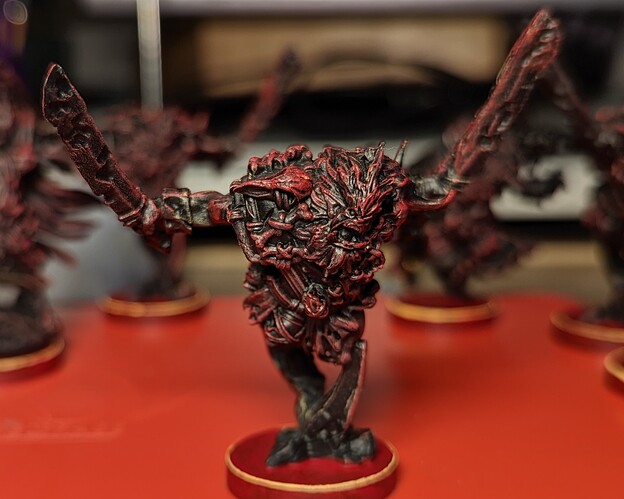 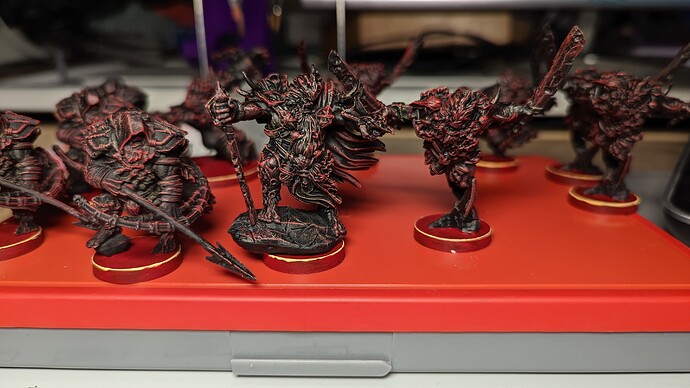 Next up I’m going to try something different for the heroes, before moving on the the hodgepodge of unaffiliated monsters.

I’m toying with the idea of going back and painting the eyes in.

Definitely do this!!! Nice drybrushing, not to dry as to be dusty looking but not to wet as to be streaky. You might be the baby bear’s porridge of painting…

Different strategy for the Bardsung heroes. I’m not quite sure how I’m feeling about it yet, but they definitely pop against the dark toned enemies. 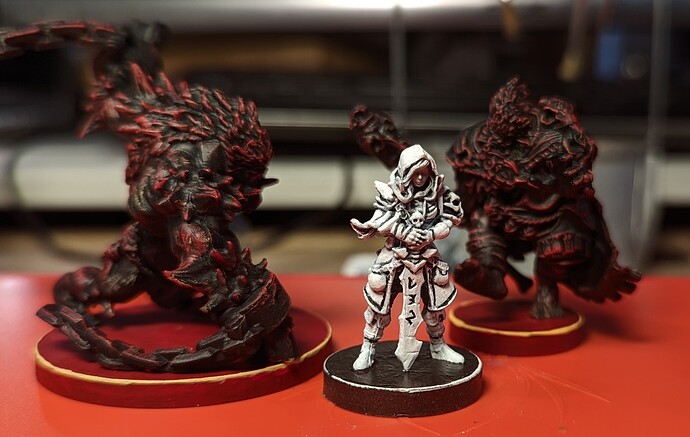 Seriously, if you decide that this doesn’t do it for you, then an orange glaze will emphasize the orangeness of the brown. Just saying. 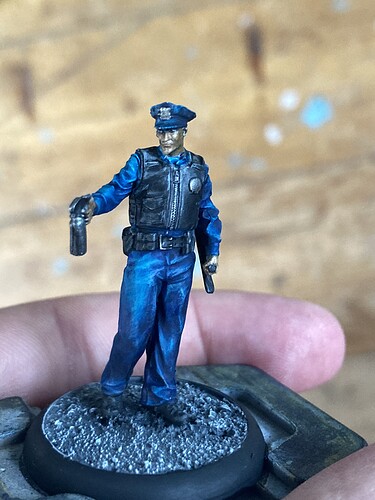 For a break from Orks I painted a Gotham City Cop. It was good fun and I’ve started on 2 more and a Batman and a Catwoman mini. Hopefully I’ll get to biff some wrong doers soon enough…

Sorry to be a pest, but what is he holding? A spray gun of some sorts?

The game rules say it’s pepper spray. I wasn’t sure myself. It’s from the dark knight rises set so maybe rewatching the film would show it in use

It makes sense, I guess? Hollywood being Hollywood… and making things big just because may be the explanation. 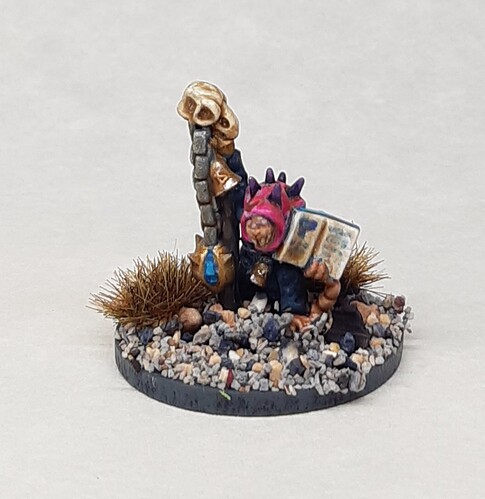 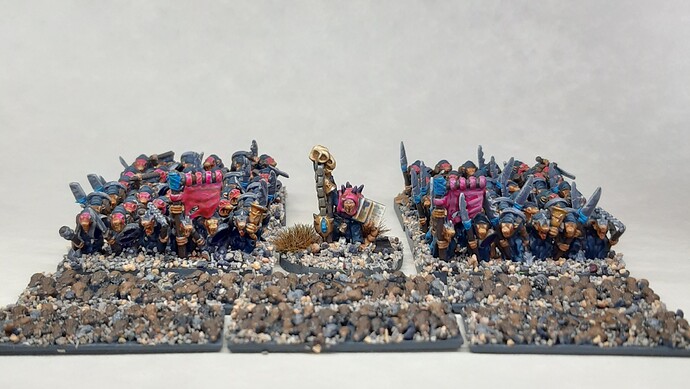 Bats and spiders finished to wrap up my old Warhammer Quest models. These were knocked out super quick, so aren’t the neatest or most elaborate paint schemes, but they are all done after about 25 years which is the main thing! 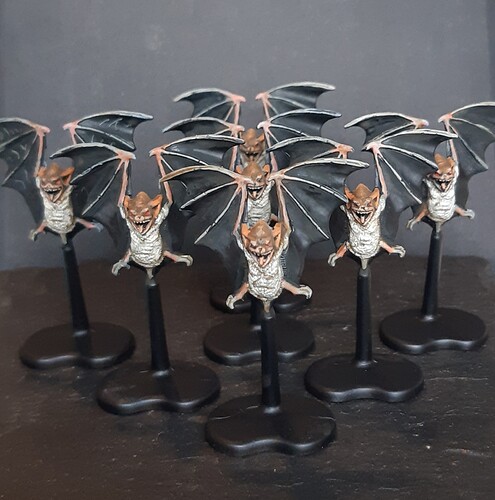 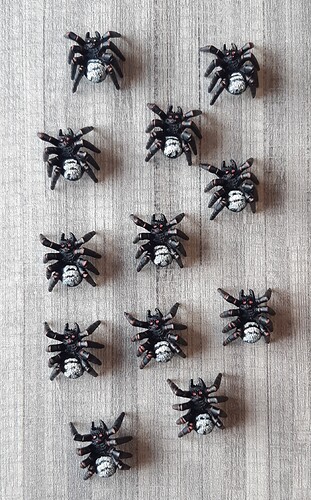 I got a rare chance to paint this afternoon and knocked out a BUNCH of minis for Dark Tower. I didn’t want to make the game into much of a project, so I opted to do my own “sundrop” treatment, colour-coded to the given foes’ level. None of these are (quite) done yet but I’m pretty happy with the result, particularly compared to the original black-on-black treatment. Even better, I’m basically 2/3 done after about 2 hours.

I’m torn between keeping true to the scheme and making the bosses all a gnarly red, or giving them a proper paint job, but we’ll see. 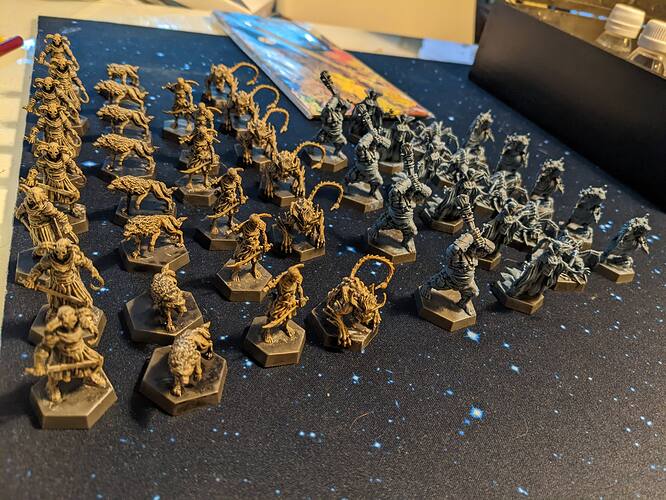 Have managed to finish painting some models recently, which is always a good thing as I have too many half painted models unfinished during the painting process. I’m easily distracted by new projects.

Some ABC warriors, that have been sitting in the lead pile for I guess 30 years. 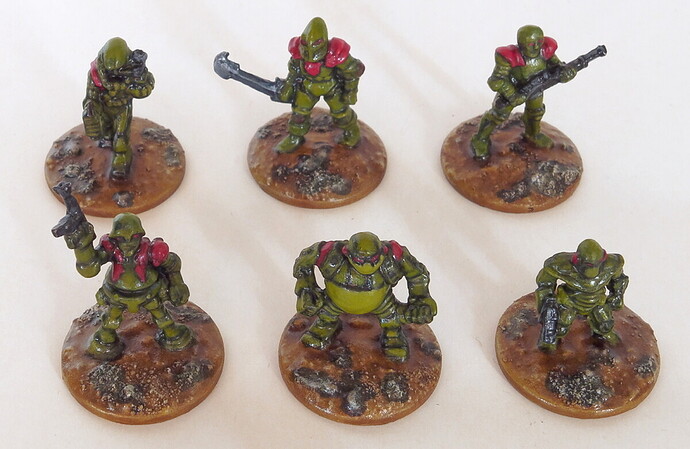 Bought a copy of the game back circa 2002 I think, now painted and ready to rally. 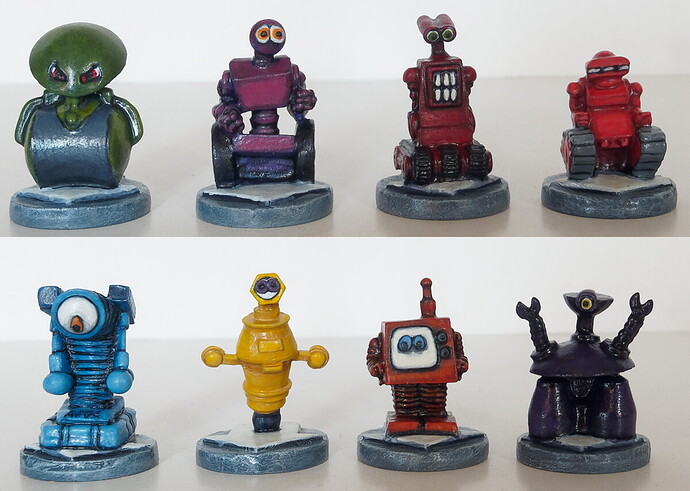 And final group, six poses from my group of sixteen X29 Blockhead Battlesuits.

Here’s a sampling of the full rogue’s gallery, ready to be sealed. Onto the heroes and villains!

[EDIT] Not sealant. Ready for a mundane hour of blacking out all the bases first. Whee. 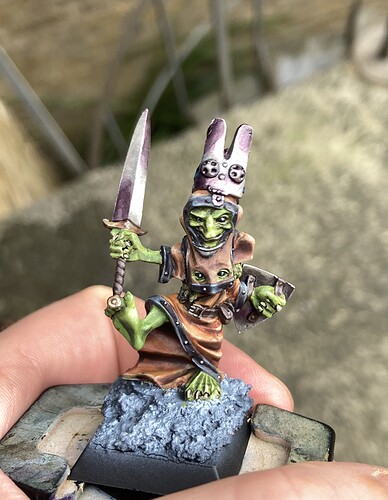 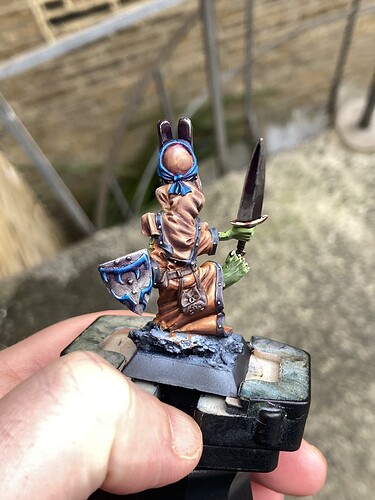 Dug out an old Confrontation mini to practice on. Have enjoyed it so much I’m going to keep going I think and will decide on the colour for the base when I’ve done more from this faction.

Happy to be able to file this under done! It’s full of blemishes but wow, was it quick. I’m pleased with how it turned out and feel confident it’ll improve readability at a glance immensely. 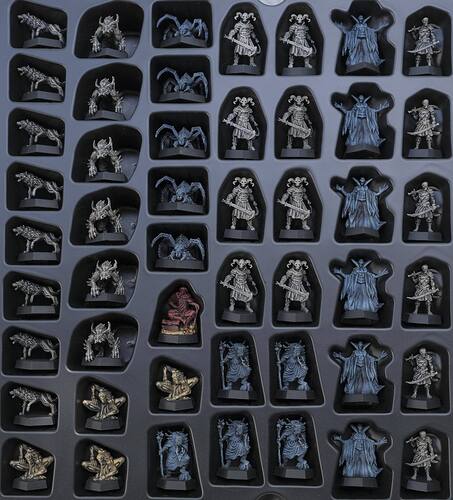 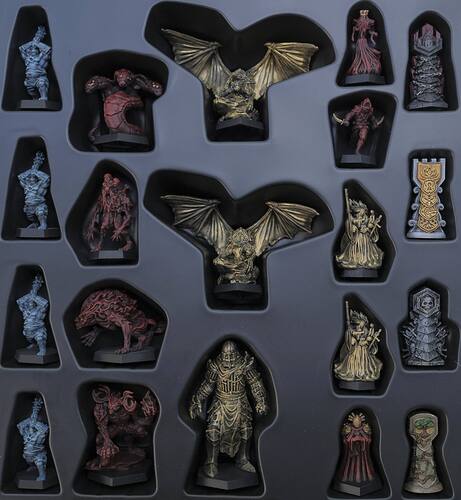