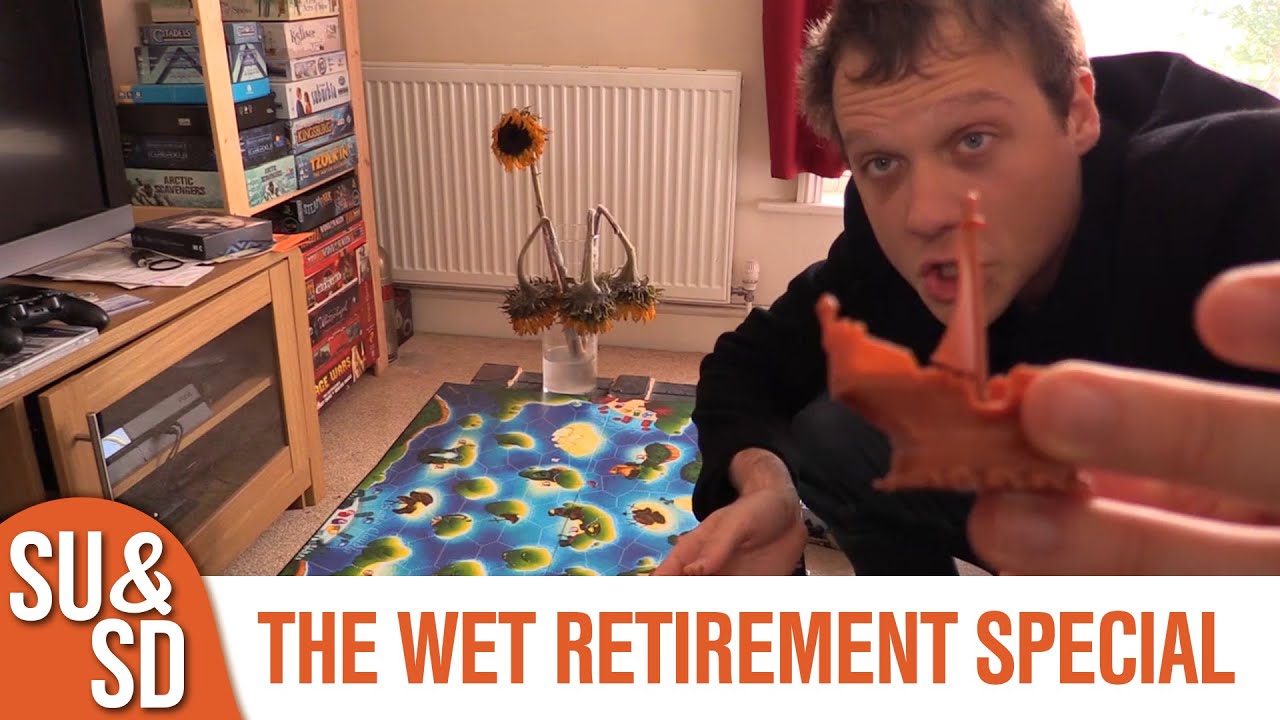 I wonder if this means Black Fleet is coming back into print? It’s something I’ve had my eye one for a long time, but the limited player-count means it’s been a hard sell for me. And now that it’s been out-of-print for a couple of years, the secondary market prices have skyrocketed.

Survive is still on my wishlist… but it seems too “mean” for me.

I really enjoyed this one. But it has always bothered me how drooly Quinns gets over Survive and then you never see it on the later “best of” lists or in anyone’s collections, or mentioned as a “buy instead.”

I really want to know what happened to it - did it age out, or get donated to Shux, or what?

I have it but it’s awaiting the right table. Should be soon.

This is from… my download of the Vimeo version says October 2014, so not later than then. Perhaps somewhere in that era when Paul had moved to, or was about to move to, Canada, but there was still occasional two-handed B-roll.

I’ve played Black Fleet once, and it went on my “definitely try again some time” list, but I don’t seem ever to have got round to it. Never tried Survive; it just hasn’t come my way.

Survive is pretty good but my memory is somewhat clouded in nostalgia since, along with Scotland Yard, I was playing it when it first came out in the early 1980s.

My girlfriend has the original version of Survive which we’ve played a bit and it’s a blast. It is mean, but it’s also just really, really silly so it never feels that annoying. Quinn’s gets it spot on in the review when he says it can be approached in lots of different ways, enabling you to try to be a bit clever or a bit of bar-steward. But any grand plans you have can be scuppered at any moment.

Survive is mean, but it is very unpretentious. I dont own it but I will play it every time

I’ve enjoyed Survive (as a kid and more recently) and it was good fun, but it never comes to mind in an “ooh, let’s play Survive!” way.

I never played Survive as a kid, but I enjoy playing it quite a bit for a game I’d never want to own. It’s very straight up and silly.

These were the 2 games I played with my Dad back when I was a little boy. So I definitely have massive nostalgia for them too.

I still have my copy of Escape from Atlantis, but sadly I’m missing 1 of the green plastic tiles. I’m quite upset it’s so close but still not quite playable. Still, I have a modern Stronghold one to actually play. Reminds me of being carefree

I am so glad to find these forums–as I was confused by this video coming up on as “new” on my YouTube subscriptions, thinking it was news that Quinns was leaving SU&SD…and why were Paul & Brendan mentioned but not Tom & Ava?

Anyway…“hey!” from someone in Seattle who was occasionally on the old forums and went to one of the SHUX (but hasn’t been around enough lately to know that the old forums have been gone for almost a year…)

Hey, welcome! Glad to see another user make the jump from the old forum!

Slightly weird watching it (again) without any pop up at the start to confirm it was an old upload. Bit of a confusing one for anyone not paying attention to the description but I was glad to be reminded of Survive

Yeah, I wish they put a little opening bit at the beginning of these videos. Shut Up & Sit Down Classic or something like that. Easily identify it as an older video. Luckily for me, I remember most of them, so realize pretty quickly that it’s a port from Vimeo.

Survive is great fun, as long as you don’t take it personally when people eat up all your swimmers with sharks. Have not played Black Fleet yet, though managed to pick it up used for a good price last year.

Somehow, Survive: Escape from Atlantis on my version as a kid did not have the variety of monsters, and the tiles were concentrically displayed: big peak in the middle, grey mountain tiles ring, surrounded by green hill tiles, surrounded by yellow flat sandy tiles.

What I remember most was using the game with my elder brother to play wargames with it, using the coloured meeples on one random island (with greens and grey sections and one yellow beach as a port) in one corner against dried chickpeas on another random island for the other side, and using the boats as war vessels. Shame I don’t remember the rules, but we used to have loads of fun. Specially negotiating atolls and reefs that we put randomly in the middle (I think we used some sort of numbered grid).

4 posts were split to a new topic: Filming eras and locations