Thought this might have been an April Fool’s joke. Tales of Monkey Island was fun but a bit flawed. Interested to see how this new one turns out.

Exciting! We loved Curse of Monkey Island, which I think is the 3rd one. The first one was too hard (couldn’t get past the first set piece) and we didn’t really click with the 4th one (which I think was 3D-ish?), so this looks like it could be a true return to form! Hey, it worked for Obduction.

I grew up playing Secret, Revenge and Curse with my mum, but she really struggled with the switch to 3D for the 4th one. Both from a manoeuvring and game performance point of view. Hoping they return to 2D so she’ll be able to play it.

I am excite! I really liked Curse. Secret and Revenge were pretty good. Didn’t care for the 4th one, Escape. I think I finished Tales, the episodic Steam release. But that was years ago, and probably worth revisiting. Surprisingly, it appears my Steam library only contains Secret and Tales.

He did it. The crazy so-and-so actually did it:

Shouldn’t that be Maniac Mansion? When the creator of the game gets the name wrong, just how much does he really care about it?

I’ve not played either of the remasters, might have to pick those up at some point.

Here’s a little more detail on the new game:

It’s a decent game, but not the one Gilbert would’ve wanted to make.

Interesting, it seems that the creator of the first two games and this new one didn’t have anything to do with Curse, which I thought was the one that really hit.

I found a similar issue with the shift to 3D for the third Broken Sword game. Just because you can do a thing doesn’t always mean you should.

I’ve got one of the Monkey Island games on the ps3, think it’s Secret, but i’ve never gotten too far in it. Can’t remember what i stuck on, but i might stick it on with my daughter to introduce her to that style of game and see how we get on together

I should have figured we’d be riddled with Monkey Island fans here.

I was first introduced at LeChuck’s revenge. I agree that Escape (3D) was a departure of all sorts - the whole feel was off and the puzzles were off and it didn’t work. Tales was a good return but Telltale games themselves were riddled with problems. Curse and LeChuck’s Revenge are my favorites.

Anyone play The Cave? That was a Ron Gilbert that really didn’t hit either.

All to say, cautiously excited. The trendline is noisy here.

I completed a few of the storylines in The Cave. Thought it was fun, still pick it up for a wee play every now and then

That will be forever burned into my brain. Never finished the game (doubt I ever got much further than Largo’s Embargo), but there was some surprisingly witty wordplay in the parts I did play.

Not that long ago the games came up on sale on Steam and I did acquire them, and definitely Curse and LeChuck’s Revenge are the best by a landslide. I still was chuckling with the duelling insults when I replayed them.

Not fair! You’re using the Sword Master’s insults against me.

I sometimes randomly respond to questions with this and no one ever knows what I’m talking about.

Are we using Shipboard Insult rules, or ground-based?

My name is feared in every tavern across all seven of the seas! 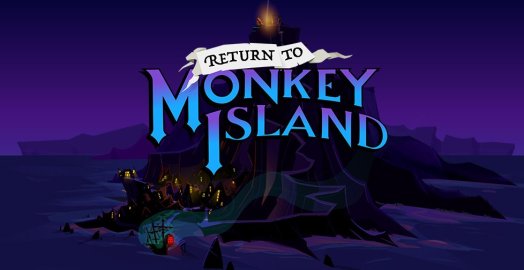 Hot on the heels of the biggest adventure game announcement in years, we chat with the legendary men behind the monkeys in search of their secrets – including the first in-game images! |