I found a similar issue with the shift to 3D for the third Broken Sword game. Just because you can do a thing doesn’t always mean you should.

I never played it, but IIRC they famously used their additional dimension to create an extraordinary quantity of tedious sliding block puzzles, so that’s probably amongst the worst of the examples… but “make everything 3D” did seem to be a horrible requirement for quite a while.

Grim Fandango was utterly glorious, on the other hand. One might argue that was in spite of the 3D rather than in some way because of it. But oh my goodness, if you were to play only one 3D adventure game, that would be a superb choice.

I’m all in favour of the 2D though.

A trailer has surfaced. I’m definitely going to buy it.

I like the art, but not as video game art.

I’m a little ashamed to admit the music gives me little nostalgia thrills. I think I’ll be getting it too.

Oooh the remasters of the first two games are in the Steam sale currently.

Yeah, I bought those yesterday. Steam had a well-timed summer sale announcement just after I watched the teaser video for the new one. 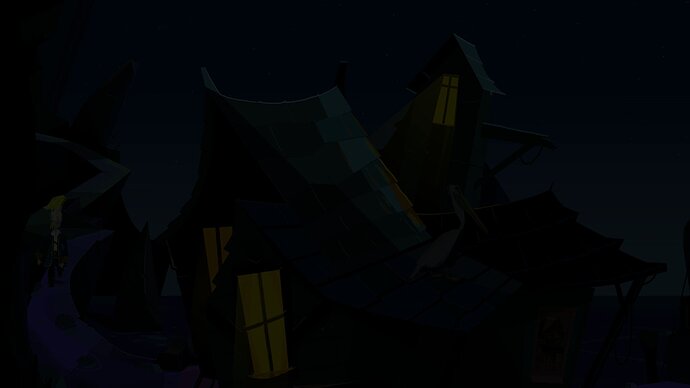 @
New surveillance video for #MonkeyIslandMonday! Strange man seen striding purposefully on Melee dock, ignoring the pelicans and bar as though he had somewhere to be, some devilish puzzle to solve... @grumpygamer have you seen this?

Finished SoMI:SE over the weekend so that’s a location I’ve seen a lot recently. Really liking the style.

An encouraging if rather gushing review here from ArsTechnica… 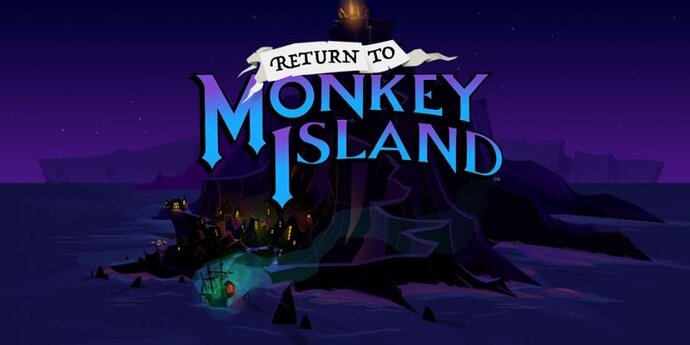 A spoiler-free reflection on an incredible return to Gilbert and Grossman's roots.

And another gushing review from the excellent Alice Bell over at RPS… maybe it really is genuinely good! 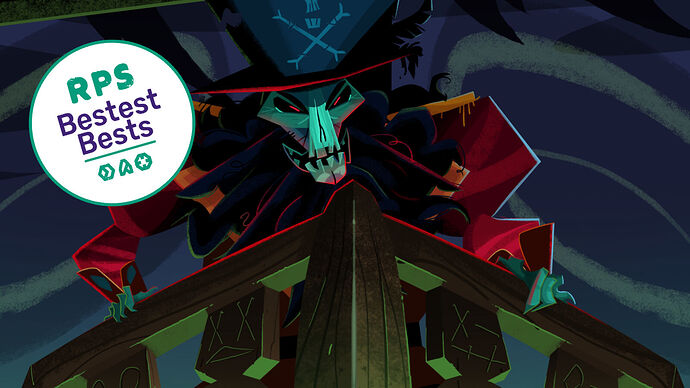 Return To Monkey Island is slathered in nostalgia, but it's also a fun, modern, and nigh on perfect new entry to a beloved old legacy series.

I really want to get this for my folks but last time I spoke to them, their laptops couldn’t even run some of the old point and clicks (Gabriel Knight) from GOG.

Might just be a configuration thing but would it be too much to buy/build them a small gaming PC for their TV?

I’m currently playing with my new Steam Deck - I suspect that would do the job!

I figured I could probably buy/build a mini-PC for less than a Steam Deck, but looking at Steam Deck prices I think I might struggle.

I notice that the Gabriel Knight remaster states “Not recommended for play on Intel systems with integrated/shared video memory.” which is a shame.

The remaster really ins’t great, honestly, I much prefer the original. Haven’t played it in a while but IIRC I got it working via DOSBox which usually runs most old things I’ve tried. Steam deck has quitea versatile desktop mode although fiddly to use, currently trying to get my Xbox GamePass working on it, looking promising so far.