I’m also a big fan of the idea. Never tried it though, and don’t know anyone locally who expressed an interest.

I grew up doing logic puzzles with my mum when she holed herself in her bedroom before/during my parents’ divorce. Good times, good times.

I have Alchemists on my shelf. Everything about it screams it’s exactly my kinda game, but teaching people how logic puzzles work on top of how the board game works is a big ask. Without that prior knowledge, each available action seems far too abstract and weird. Feel like I should hand out some logic puzzles as homework before we get started.

I WILL play someday though

Cryptid and Awkward Guests are there for entry-level logic puzzle games, so it’s only time.

Alchemist is one of my absolute favorites! I really need to play that game more often. My friends who are good as deduction puzzles all moved away though…

The wife and I managed two consecutive nights of childcare for our 10th anniversary, and ran up to the family cabin in the mountains. We brought a cubic yard of games with us, so we’d have whatever struck our fancy to hand. It ended up being a pretty short list of games played, but lots of leisurely sessions:

Jaipur was the most often played. She won 7, I won 5. But I always had the most camels.

Spirit Island We won the basic game for the first time playing cooperatively. I usually play this solo, and our joint efforts have always fallen short. Easily the most triumphant moment of the weekend.

Burgle Bros We made very poor use of our advanced skills, and painted ourselves into a corner on the final floor. There were some good moments of guard manipulation, though.

Sagrada Don’t even remember who won this one. Just a good zen-out game.

Deep Vents was the only new game we brought. We managed to tie on this one, but we likely missed a few rules flubs here and there.

It was a fantastic two days, and we came home ready for another ten years.

And then we decided to tear the game room apart to redo the floors, with three kids under ten and in quarantine. No games for at least a week, but I get to make sawdust, and she gets to reorganize our books.

Alchemists is available on http://www.boiteajeux.net/, for anyone who wants to try it out

I found alchemists to have a good game but I thought the interesting bit - the whole deduction thing - felt very much insulated under lots of layers. I think there was too much in the game but there were conflicting fun bits the WP feels like it belongs to a different game to a guessing game.

I found alchemists to have a good game but I thought the interesting bit - the whole deduction thing - felt very much insulated under lots of layers.

Yes! When I played, I aced the deduction, but did as badly on the fiddly Euro mechanisms as I always do.

I had the good fortune to meet @lalunaverde for a game of 1824. Poor chap got hit badly by the train rush but managed to take it all with remarkable grace.

The game was long, The session was around 8 hours of which I estimate just over 7 hours was game play. I personally really enjoyed it. The positioning on the board and in the stock market is really tense. The investments are a real knife edge balance between short term cash injections to fuel what you do and long term growth for end game scores. It was good to play something which was more operations focussed and still find it as enjoyable. Plus the (for 18xx) lavish production was enjoyable with all the nice wood and excellent quality cardboard for a wonderfully tactile experience along with the satisfying clack of all the poker chips being passed around.

However I do wonder if I should just hammer out games of 18Chesapeake for a while. It’s a shorter title and I think for those of us inexperienced in 18xx route calculation playing more and practicing that skill is the probably the most useful for getting play times down. There’s tons of game in there so it would be nice to not have it bogged down so much in counting towns over and over again.

That being said, meeting La Luna Verde was worth the hours in of itself. Really nice guy and excellent game etiquette.

Yeah. It was a good session. It was also my first 18xx in the flesh!

I don’t have a strong opinion with 1824 Austrian-Hungarian Railway as I’m new to it, but yes, it was more focused on the operations over the stock market. I thought the train rush was pretty tense and, in result, it was enjoyable, even though I got screwed over by it in a major way! The company mergers was a recipe for vicious take-over, which I thought was interesting. I’m still not sure if I’m cut out to play a full-on 18xx like this though, but it was a good game.

I found alchemists to have a good game but I thought the interesting bit - the whole deduction thing - felt very much insulated under lots of layers.

This is what I like about Cryptid, Awkward Guests, and Alchemists. As a set they incrementally increase the abstraction from the deduction. Cryptid is straight up deduction (but without notes), Awkward Guests has trading in clues that makes it a touch more cumbersome but not by much (and has the most complex deduction puzzles), then Alchemists is loads of layers in the WP.

I know not everyone would want to own all 3, but I like how the selection is there.

We played the exit games on holiday last week and they seemed quite fun. The puzzles in them are pretty good but I think it’s easy to get tired by the time the hardest puzzles happen at the end. Almost I think the two we played (orient express and horror catacombs) had an interesting challenge about them in terms of cadence or rhythm. On the one hand they obviously want to build to a crescendo (the catacomb one certainly did) but the peak is in the challenge of slicing through obscure ness rather than joyousness so each one petered out in terms of emotion rather than ending positively (for us)

I also wish they came in a less wasteful product.

We’ve also been playing Raja’s of the Ganges. This is a bright worker placement with one of the currencies being rolled dice. The spice of this game is that it really and plainly emphasises the need to balance two other points tracks because the winner is the one who gets the two tracks of scores to cross over . The other nice thing is that the crossover creates the ending - it’s a pretty sharp ending to a game (with the only concession being if a person hasn’t played their meeple in the current round they get a single chance to cross over too).

Had another session of our Monday night Gamer’s club, and we played several games.

We started with Bunny Kingdoms. Terrain domination combined with random-ish cards. I can see why the SUSD review highlighted the angst, there are plenty of moments were taking decissions of what card to take off the hand passed to you (or dealt initially) is heart breaking. Interesting simple mechanic, but the randomness of it makes it complicated to actually know what are you aiming for until you are on the third or final round, so it makes it a bit tricky. On the final round up of points I was not really focusing enough on getting decent scrolls, and that punished me heavily, so I finished 4th. Still enjoyed it, and if suggested, I would give it another go. Even might consider getting it to entertain the kids for its simplicity in a few years time, if found cheap.
After that game of 4 players, two more joined us and we had a good couple of hours of Werewords. That game is always fun, if only trying to guess the words (we had it at medium difficulty setting). I had a werewolf discovered a couple of times and found the Seer both times, and once with the Werewolf we ran out of time and nobody guessed it was me, so I am happy with that.
We finished with Straw, a Uno-like game of cards that was surprisingly fun. I think all those years of playing Uno in the beach two decades ago paid off, as I managed to get away in the points with 76 and win the competition. The flying carpet cards that reduced the load on the camel combined with the reverse cards and copied gave us some really hilarious moments, so I would buy it if I see it, I think it can make a great entry game with the right people.

We just completed The Crew. This is such an excellent game. Very stressful at times, but playing as the same family group we all learned together.

I love the idea of pulling this out as a filler or a game to take on holiday to play through some missions at random now we’ve gone through it.

We played Piepmatz. I like the area control, but it has some weird mechanisms. I would actually prefer Spirits of the Forest

Bärenpark with Bad News Bears - the expansion made the game better and there’s now a strong reason for you to place green tiles other than just mere “gap fillers”.

Big City - my friends made a comparison with Medina which I thought was interesting. Good game still. Im glad it’s still in regular rotation

We played Piepmatz . I like the area control, but it has some weird mechanisms.

Huh? In what way would you say Piepmatz is area control?

Sorry. I mean, area majority. If I have the most orange suit cards then only I get to score this suit, etc etc.

Those monorail, aside from just being fun to put down and connect, are so satisfying to plan around. They add a lot. 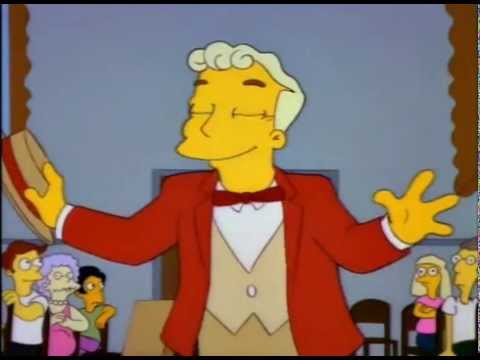 All games with monorails really need to have brockdale, ogdenville and north haverbrook as locations.