This is a continuation of the game started on the SU&SD forums.
This is a play through of the Warhammer Fantasy Roleplay 4th Edition Starter Set. 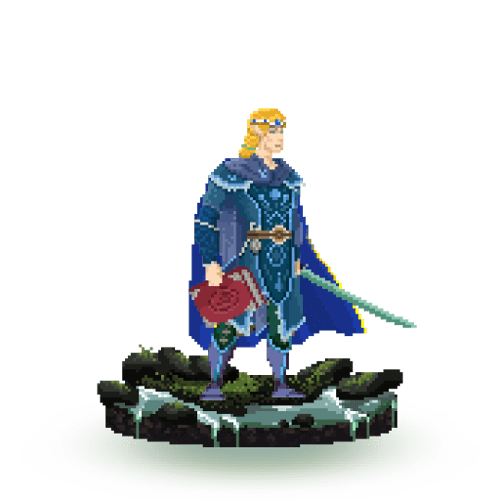 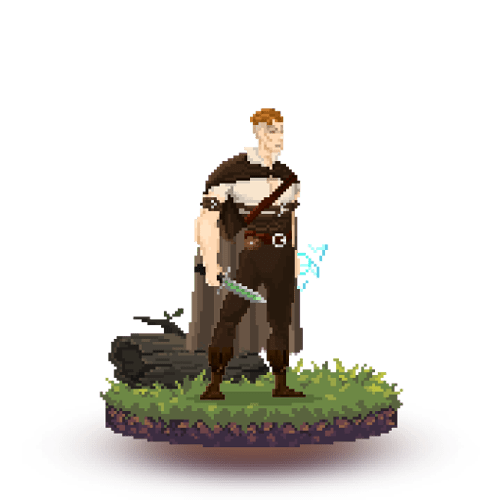 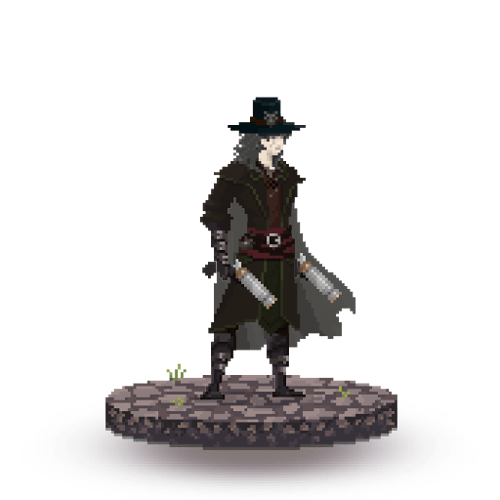 [PCs from L to R: Amris, Meinrad and Else]

In this thread, any normal text will be considered in-character. Any out-of-character (OOC) questions or roll specifications should be made in brackets. Any longer discussions can be made in the discussion thread, to ensure the story thread isn’t lost.

Warhammer Fantasy is a fairly grim dark setting, based loosely on an approximation of renaissance Europe.

The game will involve violence and some unpleasant situations. I will try to avoid being overly graphic in depicting these.

The setting will involve the use of gendered pronouns to describe the majority of the non-player characters in the game.

Please don’t be afraid to highlight anything that you are uncomfortable with to me in a private message and I manage the game accordingly.

A (very brief) summary of the setting and immediate story thread…

The Empire is the largest and most powerful nation of men in the Old World. It is a confederation of provinces, each led by an Elector Count, which are united under the rule of the Emperor Karl-Franz I.

Standing proud in the heart of the Old World, the Reikland is the richest, most cosmopolitan and most powerful of the Empire’s grand provinces. Known for its engineers, wizards, and merchants, and for being the birthplace of the Cult of Sigmar, it is a realm of soaring mountains, snaking rivers, dark forests, and powerful trading centres. From his throne in the city of high-spired Altdorf, Emperor Karl-Franz I rules not only the Reikland, but all the Empire that lies beyond.

The fortress-town of Ubersreik is nestled in the craggy shadows of the Grey Mountains, guarding the Grey Lady Pass, the only reliable trade route from the Reikland into the Bretonnian duchy of Parravon. It stands in the fertile Lady’s Vale astride the river Teufel, and is connected by roads traversing the Reikland in all directions. The town profits from the never-ending stream of trade flowing through its busy mercantile districts, handling goods from Bretonnia and the Dwarf Holds of the Grey Mountains before exporting them across the Empire and beyond

The mighty fortress known as the Black Rock is connected to the walls of the town should any less welcome travellers attempt ingress. Ubersreik has had a long association with the nearby Dwarven clans of the Grey Mountains, and in a situation unique to Ubersreik, representatives of the city’s Dwarf population sit on the town council. One of Ubersreik’s more famous edifices, its spectacular bridge over the River Teufel, was built by Dwarfs during the time of Magnus the Pious. Widely regarded as one of the most impressive feats of engineering to be found in the Reikland, it connects the trade road which runs all the way from Bögenhafen to Dunkelberg then Nuln. Ubersreik deals in trade of all kinds, but is most well-known for ore and the skilled metal-work of the Dwarfs.

Ubersreik’s roads are choked with coaches, wagons, and horses carrying goods to and from the town’s busy market places. Similarly, its rivers and connecting canals teem with barges, boats, and ships laden with all manner of cargo for sale and trade. News of this prosperity has spread across the Reikland, resulting in a constant stream of folk too poor to do aught but walk heading to Ubersreik in search of work.

All this traffic makes the town surprisingly cosmopolitan. In addition to a sizeable Dwarf quarter, many Halflings call the town home. Humans from across the grand provinces of the Empire can be found walking its streets and drinking its ale. It is also host to a significant community of Bretonnian expats, and even a small Tilean compound.

Recently, Ubersreik’s rulers, the Jungfreuds, were controversially removed from power following a decree from Emperor Karl-Franz I. This unexpected command was enforced by troops sent from the capital, Altdorf, and compliance was mercilessly secured. This occupying force garrisons in Black Rock Castle, Ubersreik’s nigh-on impregnable inner bastion. Now armed soldiers sporting Altdorf ’s red and blue livery leave there to tour the surrounding land, enforcing the Emperor’s justice with scant regard for the traditions or the wishes of the stunned locals.

The PCs have found themselves thrown together after being caught up in a riot within the Marktplatz of the town. The exact causes of the riot are not exactly known, but it quickly became a chance for disgruntled citizens to take out frustrations from the recent change in town ownership. The Altdorf soldiery stamped down their authority and quelled the brawl, arresting all participants. Whilst the majority of the brawlers were let off with a fine and caution, the PCs had been fingered as the ring leaders and accused of various crimes, with the penalty being death or long term incarceration in a labour gang.

However, fortune favoured the PCs. During their trial, a barrister named Osanna Winandus appeared to act as their advocate. She managed to wrangle a change in sentence – that the PCs join the Ubersreik City Watch. The PCs have little option but to agree.

The new recruits have been placed under the care of Sergeant Rudi Klumpenklug, a grizzled old watchman who is quick to show the PCs the ‘right’ way to walk a beat – keep your heads down, and take advantage of any situation to make a little coin on the side. As the rawest recruits, the PCs have been assigned duties around the docks and slum areas of the town.

They have so far managed to nab a thief, and save some people from a blazing fire. They are currently looking into the report of a missing person. A young boy has reported that his father went missing four nights ago when he left the house to attend to a call of nature. The boy comes from the slum area that has developed under the large Dwarf built bridge in the city (The Dunkelfeucht). The PCs are aware from rumours that there have been quite a few folk disappearing recently, and not just the expected beggars and strays.

The Sergeant thinks this investigation a waste of time, and has let the PCs pursue this alone. They have spoken to the wife of the missing man (Reikert Pechvogel), and have wandered down to the river’s edge to look for any traces of him.

Important status/conditions that were carried over.

Else has a festering wound , giving the following conditions:
Fever - all Fellowship and physical test are at -10
Malaise - you have a Fatigued condition that persists until you recover from your illness. As a reminder, Fatigued gives you -10 to all tests.
Wounded - you can’t heal one of wounds, which stays open and sore, and possible seeping foul-smelling pus.
Lingering - once the duration of the illness has passed, there is a chance it refuses to go away…

The PCs were undertaking perception checks.
Both Amris and Meinrad had failed their rolls, Else had succeeded, and Fronika had yet to attempt the test…

(Any questions or clarifications, please jump onto the discussion thread or PM me. Otherwise, over to @Sagantine and we’ll get the game back underway).

Else has a festering wound , giving the following conditions:
Fever - all Fellowship and physical test are at -10
Malaise - you have a Fatigued condition that persists until you recover from your illness. As a reminder, Fatigued gives you -10 to all tests.
Wounded - you can’t heal one of wounds, which stays open and sore, and possible seeping foul-smelling pus.
Lingering - once the duration of the illness has passed, there is a chance it refuses to go away…

Ugh, I’d forgotten about this…

The river laps against the shore only about a stone’s throw from the lean-to shack. A thick mud sucks at your boots, but the worst can be avoided by making use of various bits of broken wood that have been positioned into a rough board walk.

As for trying to find a clue as to what happened four nights ago, well, it seems like a hopeless task. Amris, your keen sight picks out so many traces of people passing, it is impossible to isolate one from another. Fronika and Meinrad have similar difficulties.

Else’s attention is slightly pulled away from the river by catching sight of the one eyed woman watching them again. This is somewhat fortunate, as it causes her to notice a small row boat, tied up to a rickety pontoon and seemingly abandoned. That in itself is not particularly remarkable, but the boat lists in an odd way and Else can see that the wood is freshly splintered and broken.

Else will quietly point out their overly interested watcher and the boat to the party. Drawing her pistols, she will approach the boat carefully - who knows what dangers exist in this haven of scum and villainy! (Tbf that applies to most of the Warhammer world!)

Nothing untoward happens as you approach the boat. As you get closer, you can see that the boat has been flooded with water, with the line tying it to the pontoon mostly responsible for keeping it afloat. The cause of the flooding is fairly obviously - the planks down the port side have been split asunder, like something of great strength had pulled at it and rent the wood.

When Meinrad sees the boat, he will whisper at Else
“Did something came from beneath it? Do you remember that beast from the last time we were in a river? I don’t want to go through that again…”

(What next, officiers of the Watch? Do you what to investigate more closely around the damaged boat?)

“Well, I can’t see why anything human would have created that damage. Maybe debris from the river…”

Else will step closer to the boat, examining the dock for other signs of damage.

“Hmm, maybe… Hey Fronika,Amris, could you lend me a hand to pull this out of the water. Let’s see if there is any markings or sign of struggle”

(If the others help, the boat is easily pulled up onto the muddy shore. If they don’t, Meinrad can still manage, but has to dig his heels into the slippery bank a bit more).

On closer examination you can see that there is some fabric caught in the splinters of wood around the rent hole, like someone had caught their clothing when exiting via the hole.

(@Gungeon with Amris’ Acute Vision talent, I’ll let them make a perception roll to see if they pick up any more details).

Else, the dock is pretty ramshackle and in a pretty poor state. In fact, you realise that if anything that came down the river and struck the dock with the type of force needed to damage the boat, then the dock would likely not be standing.

Does the fabric has any noticeable characteristics to it (unusual color, really well made, things like that)?

Fronika keeps her head up while this is going on - is there anyone that’s paying suspicious attention to them while they examine the boat?

There’s nothing special about the cloth. It is a fairly coarsely woven fabric, and the dye has started to leach out from extended exposure to the water. Typical of the type of clothes worn by the majority of the poorer folk of the Empire.

The one-eyed lady that Else spotted watching the party since they pretty much entered the slums is still observing you, but there’s no one additional paying suspicious levels of interest.

(@Gungeon with Amris’ Acute Vision talent, I’ll let them make a perception roll to see if they pick up any more details).

May I use the glass lens?

(Yes, you may indeed)

(Thanks.
Apologies, details were over on SUSD. Is it advantage on perception?)

(+20 to your Perception skill when examining fine details.)