For a long time, we were at war with The Jackals. Now, finally, we’ve driven them off, and we’re left with this: a year of relative peace. One quiet year, with which to build our community up and learn again how to work together. Come Winter, the Frost Shepherds will arrive and we might not survive the encounter. This is when the game will end. But we don’t know about that yet. What we know is that right now, in this moment, there is an opportunity to build something. 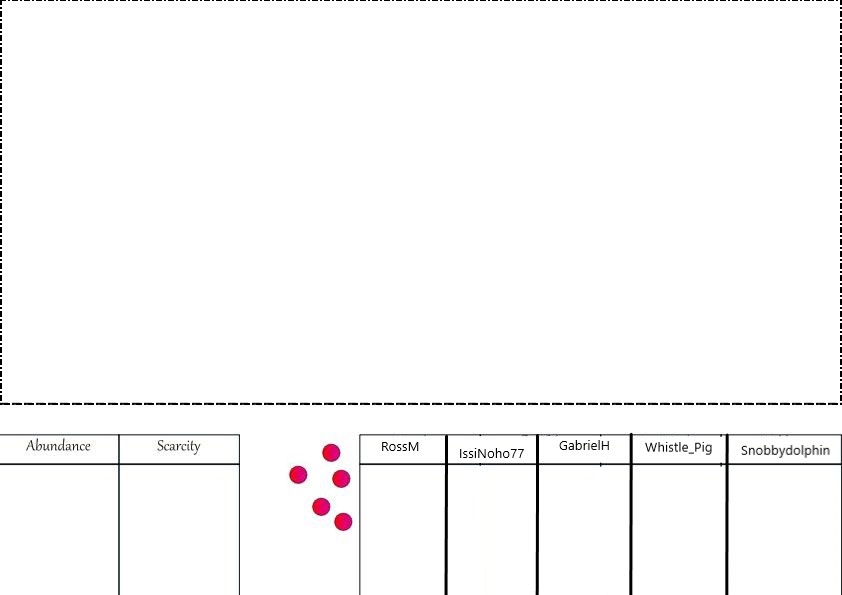 This is the play area (which I have shamelessly stolen from the PBF of this game run by @Cokho on the old forum, as well as pinching bits of text from the rulebook). The top part is where we will create our map; updating it to reflect new discoveries, conflicts, and decisions. We won’t write words on it, though common symbols are fine.

I have a deck of cards:

This deck of cards represents our quiet year. Each suit is a season. At some point in Winter, we’ll draw the King of Spades. That’s when the Frost Shepherds will arrive, and the game will immediately end.

When we play The Quiet Year, we don’t control specific characters or act out scenes. Instead, we all act as abstract social forces within the community. At any point, we might be representing a single person or a great many. This is a story about social forces and their impact on the land, rather than being about specific individuals. At the same time that we’re playing as the community, we’re also looking for opportunities to introduce new and interesting challenges into the story. It’s our job to make sure that there are always difficult decisions to be made and uncertainties to be explored. As we introduce interesting challenges for the community and then figure out how to address them, tensions will emerge that ultimately reveal the character and future of our community.

The turn order is as shown on the map, partially determined by who’s username I could fit in which box… @RossM, @IssiNoho77, @GabrielH, @Whistle_Pig, @Snobbydolphin.

Before we begin, we need to decide a few details about the community and the landscape in which it is located. Once we have come to an agreement, we’ll take it in turns to add one detail to the map.

Any suggestions? To start things off I’ll go with… the long-abandoned ruins of what was once an international airport.

(Side note: I’ve never run a play-by-forum game before, so feel free to give me tips or suggestions either in the discussion thread or by PM)

One mention of abandoned airport and I’ve got instant Langoliers vibes, I like it. I might even watch it later.

I like it! Although happy to hear other suggestions.

I like the airport idea. It makes me think of Station Eleven (which I highly recommend!)

No, my mind is an impenetrable void, utterly vacant of all opinions.

Seriously though, this sounds like a perfect start. Do we live in the airport?

Do we live in the airport?

If we agree that the landscape in which the game takes place is the airport, then I’m going to say yes. Though exactly what that means is undecided as yet (do we live in a camp on the airfield, an abandoned terminal, the carcass of a rusting plane…?)

From here we can begin to shape the landscape: we each take it in turns to introduce one detail about our surroundings and draw it on the map. Starting with @RossM.

Drawings needn’t be to scale and we should try and leave lots of space for later additions. The community itself should be what takes up the most space on the map.

I like the idea of it being sort of a hodge podge. Some living in the abandon shop spaces inside while others might be in the parking deck or planes, but that might make it a bit too sprawling or decentered.

Decentered seems fine for a game about a map

I am not near a computer so the image will be delayed, but the feature is sand dunes, constantly shifting and burying different parts of the airport. 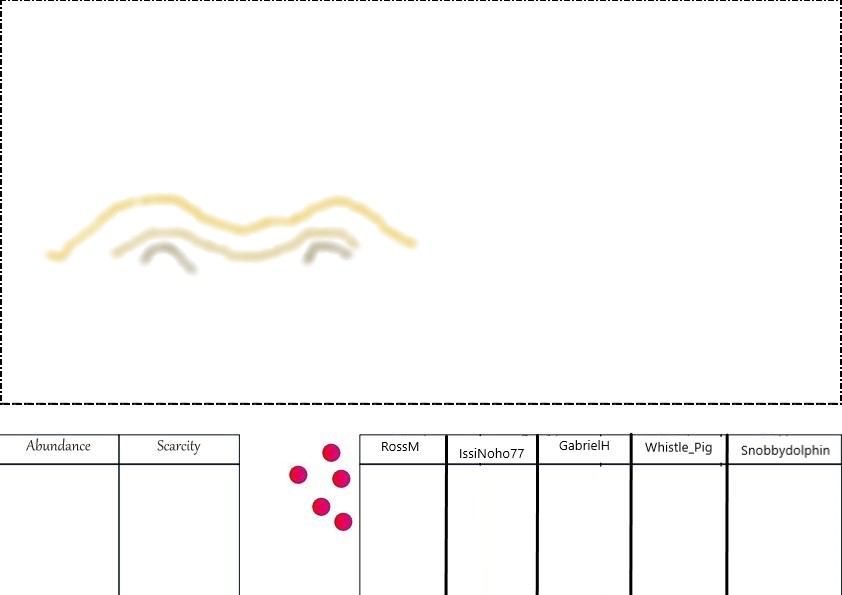 @IssiNoho77 it’s your turn to add a detail to the map.

A mile or so east of the airport is The Drop. No-one knows - or at least, those who remain aren’t old enough to remember - how the drop came to be. All they know is it’s a sheer drop down to what looks like nothingness.

Some guess it’s the edge of a massive sinkhole, others a crater caused by something blowing up, or something dropping down. Those who have been brave enough to get near the crumbling edge bring back stories of strong winds seemingly coming up, swirling dust and sand, and a low, barely audible (it’s something you feel more than hear), subsonic drone emanating from somewhere out there.

Standing on the edge and looking left and right shows the edge to go as far as the eye can see (which is maybe a few miles or so, given the strong winds and drifting dunes. Exploring too far isn’t an option, we know the Jackals are driven back, but we don’t know how far. 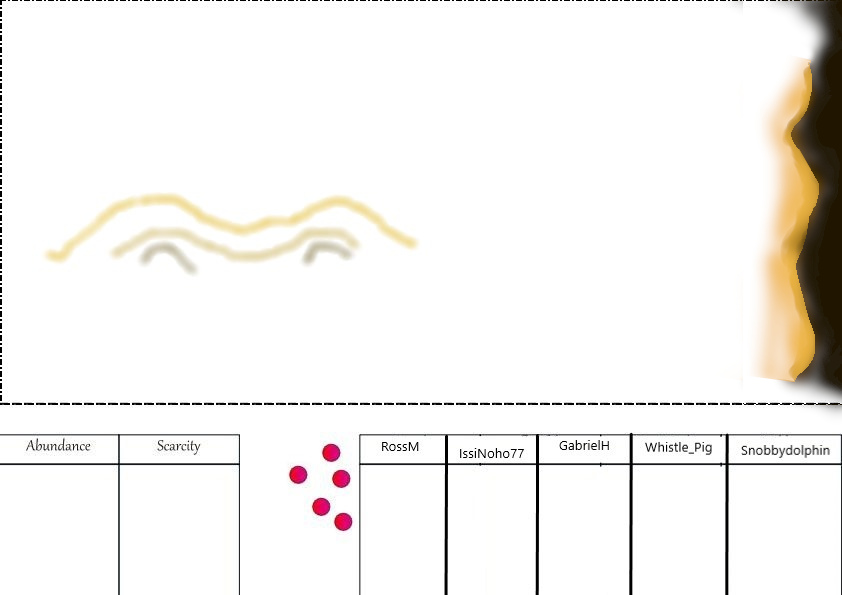 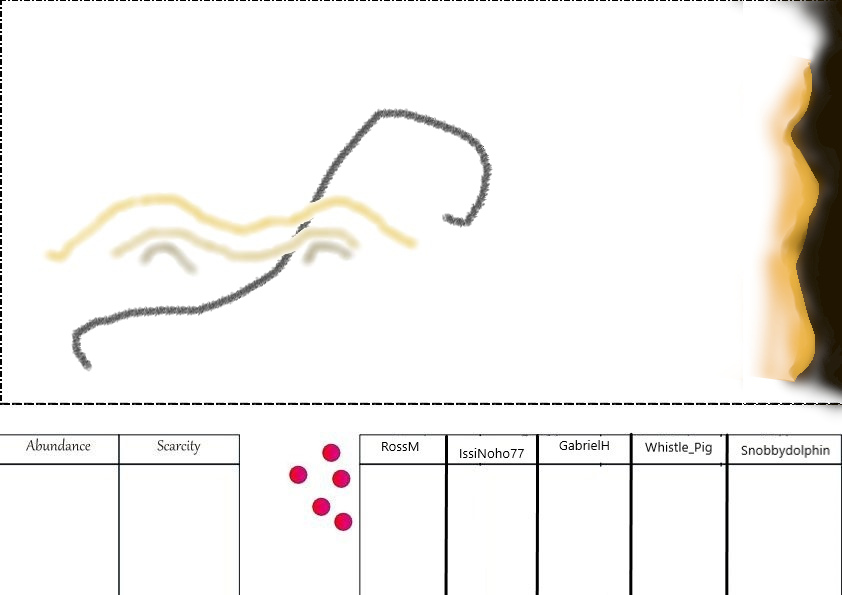 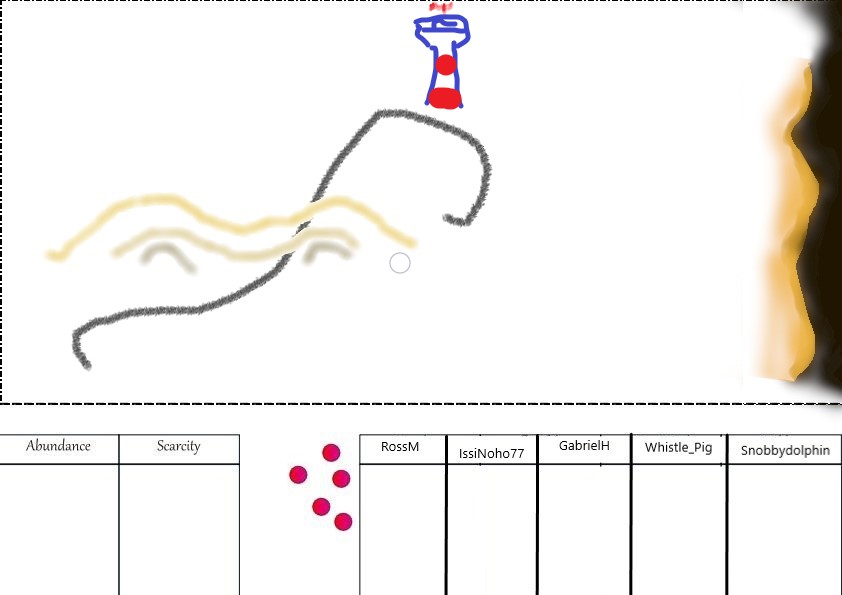 Near one end of the wall of Teslas is the old control tower. It makes a good vantage point from which to look out over the airport, although the occasional creaking of the radar dish turning slightly in the wind is somewhat unnerving.

At the southern end of the winding wall, partially shielded from the dunes, lies a dark marsh. The air around it is acrid and stale. Stories of the marsh have been passed down for ages, for it has claimed many lives, and some say that the marsh twist those it traps into something different and inhuman. It’s been told that you can hear the voices of those it’s taken in the night, though none dare to test that truth. 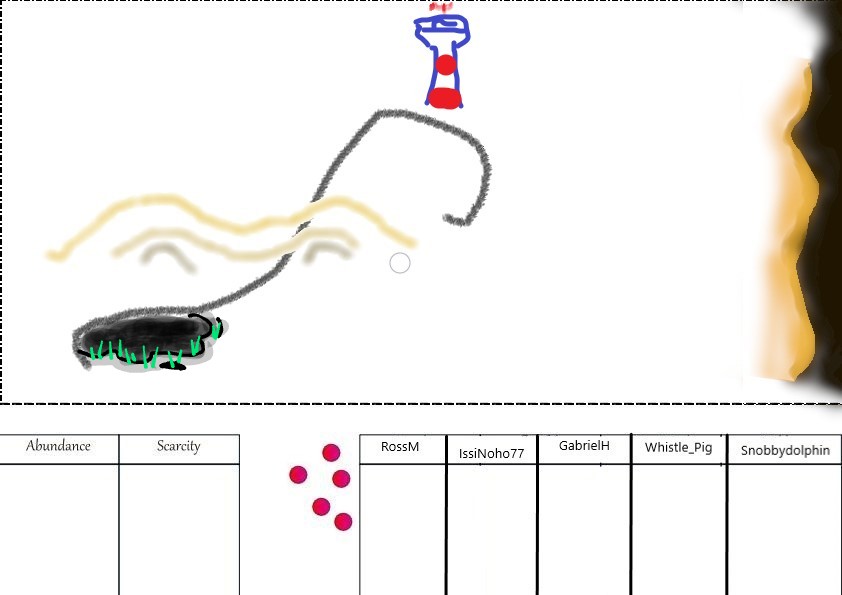 @RossM, what resource do you choose?

@IssiNoho77 what resource do you think is important to our community?