Our 2023 Board Game Predictions!

In this new paradigm in Shut Up & Sit Down Podcasting history, Tom and Quinns are chatting about what they think the board game industry holds for us all… in 2023! Expect a series of 5 completely uninformed opinions laced with ‘reckons’ and ‘guesses’ - all with a competitive twist. We're hoping to circle back on this episode in 2024 and be overjoyed by quite how wrong we are.

Have a great weekend, everybody! 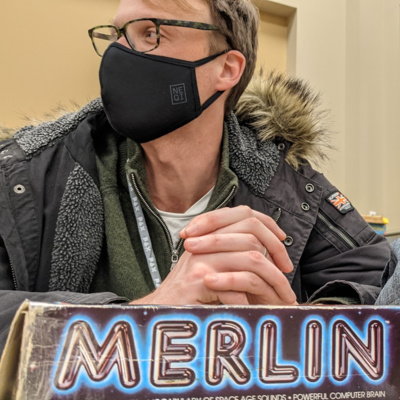 Our 2023 Board Game Predictions! by Shut Up & Sit Down

In this new paradigm in Shut Up & Sit Down Podcasting history, Tom and Quinns are chatting about what they think the board game industry holds for us all… in 2023! Expect a series of 5 completely uninformed opinions laced with ‘reckons’ and...

Quinns’ predictions
1.) I made a post of something similar like that somewhere. Not sure if from the old forums or here. Retail will cater towards on the lighter side for hobbyist and family games for everyone. KS will get more bombastic and caters towards whales.

Tom’s predictions
1.) THAT is good. Excellent prediction.
3.) Hmmm… there’s talk about this. Not impossible. If they don’t shelve it, it could defo be announced for a KS this year and the KS will be either this year or next year.

WIthout having listened, I predict:

Quick summing up for checking next year.

* PI swore BotC was rules-finished during the kickstarter, and did 2-3 total rewrites after that, but never mind.

Hernia: the Board Game

Has a stretch goal to have a Physiotherapist included

Never thought about buying a game that would require a subscription for physiotherapist food to be delivered regularly.

My prediction is that bombastic Deluxified™ editions of Euros both recent and old will continue and will grow now that Castles of Burgundy (and Kingdom Builder and Everdell and so on) set the precedence. This sort of production treatment will not gonna be restricted for TOAMs

Basic edition, including all stretch goals

Enhanced edition, including all stretch goals and a forklift truck rated to carry all game boxes at once.

In an ideal world, it would be based off Fall of Rome and would have an interesting/thematic line-up of Marvel characters.

More likely is that it’s barely different from normal pandemic and uses the obvious MCU characters.

I think the big one i can see happening is ticket to ride ultimate with metal trains and all maps with some special holders that make it easy to shift between 45/40 train for counting the number of trains.

I feel like Tom shouldn’t have made a bet after Quinns had chosen such weird ones.

It’s nice having a new pandemic every year but they’ve been less wild in terms of style since the second dice one.

I’m not making it a formal prediction because I’m a wimp, but I think we will see at least one really huge crowdfunding failure, as in it it comes from a big name and it doesn’t fund (or the company withdraws it because it’s clearly not going to fund). I don’t think there are enough whales to buy all the huge games.

Seen this video before. Best forklift safety video ever!

That video with Klaus is a legend here in Germany

The way they did it with the voiceover is partly a parody of an amazing and very well known children show called “The show with the mouse”.

No official videogame adaptation published in 2023 is any good. (No SU&SD recommends?)

I’m confident on this one.

I’m all for that, a mini-game that will later on be published as a game of its own right…

(Or the company withdraws it because even though it is funding, it is not making the several million dollar mark they expected)