Board Games for Anthropologists

What games would you recommend for people interested people and society? I think what would be ideal is an interesting theme that we can really engage with. Surprisingly they were not put off by colonial themes and we might get round to playing Puerto Rico soon.

We have a new group forming of 3-5 anthropology students, new to gaming but happy to tackle heavy games, we enjoyed Tigris n’ Euphrates. Favourites so far have been Knizia’s Samurai and Machi Koro but looking for something deeper.

It’s all women apart from me so I don’t want to bring out anything that is excessively masculine.

Please let me know what you think.

Do you want more the sociological side or historical side of anthropology? It’s an interesting question - so many ways to interpret it.

Oh good question, both I think, I don’t want to rule too much out, although perhaps the potential for the group of niche historical settings is limited.

On the sociological side I instantly think of open trading games and developing markets. Sidereal Confluence is probably the ultimate in asymmetrical powers resulting in interesting markets of value. Quite intimidating for non-gamers in its openness, but if they’re open to giving it a shot and seeing how a meta forms it would be interesting.

For general ancient civilization themed thing there’s a lot of options, but many of them quite niche. Babylonia, The Great Zimbabwe, Gentes. Not sure how much I would want to actively recommend these though, since they’re so niche or have very mixed reviews. I tend to only want to recommend more surefire hits, but maybe someone else has comments to add or you can do some research to see if they fit.

For the opposite direction of good games with a very slight anthropological theme, Spirit Island would work. It’s somewhat cartoonish, heavy handed and clumsy in its application of anthropology/anti-colonialist message IMO, but it’s a great game. Teotihuacan is great too, but may be a little dry for non-gamers.

And Root in a weird kind of way. Not so much the theme, but the mechanisms all working together, establishing an ‘ecosystem’ of interactions to balance power seems like the kind of thing that would excite anthropologists. And it’s presentation is generally quite welcoming to non-gamers.

I had to look up what anthrolopogy actually is.

Not that I haven’t heard the word before but I never spent much time thinking about it. So the wikipedia entry still leaves me with a more or less vague impression.

I have a few vague guesses what you might be looking for.

I feel what you are looking for is something I call emergent gameplay where things happen during the playing of the game that are not expressed in the rules of the game.

The first few games that come to my mind are some of the (around here) usual suspects. I have recently played some games that gave me a personal insight into “how humans work”

What could be of interest are largely asymmetrical games where each player has quite different motivations, unique abilities and possibly unique goals for winning which makes me want to add two more of Cole Wehrle’s games to my list: Root and Oath.

Sidereal Confluence is probably the ultimate in asymmetrical powers resulting in interesting markets of value.

I second this one. While I am at it. Auction games may be of interest as they also create something that cannot be grasped only by the rules. The markets and values are fleeting and unique to each game.

edit: review of John Company by someone much more adept than myself at dissecting games.

Knowing what I do about anthropologists (which roughly includes: how to spell anthropologists), I’m not sure there’s any game that really makes available a cultural or societal gameplay dynamic.

Spirit Island, perhaps? It definitely has a lot of (spoken and unspoken) things to say about colonialism with actual gameplay mechanisms that make both the colonials and the natives have unique characteristics

Chinatown may be a deep-dive into a specific time/place/group-of-people, but ultimately it’s an “American Dream” simulator that (probably) portrays its subject matter in troubling ways.

From a 20,000FT level, much like what you may have seen with Tigers & Pots (Tigris and Euphrates), Roads & Boats literally provides the most abstract and raw sandbox from which actual civilizations arise. I don’t like it nearly as much, but Antiquity may have a similar spot and may work better at the task at hand.

In terms of auction games, QE sounds like it has the most subjective concept of ‘value’ (am I right in thinking that you can bid literally any quantity?)

I agree with the suggestion of Pax Pamir 2E - the only game that has ever made me want to read a history book.

From another direction, would This War of Mine be worth a look? It’s a co-op about surviving in a modern city under siege, and there are some interesting points made about human behaviour (although I think the video game is better/more gut-wrenching).

Another genre that might be interesting: Dixit, Detective Club, Mysterium and even Obscurio.

I call those associative games. It is a form of deduction in which you want to guess what another player associated with a certain card or rather which card an association fits with.

Depending on who you play with the dynamics can vary wildly from inside jokes to just getting to know people.

Edit: another one. Games with restricted communication like The Crew or Hana Bi. In my experience they lead to interesting group dynamics with repeated play as strategies and even domain specific language evolves to solve the problem together that the game poses. Both are abstract cooperative card games. Maybe there are more games in a similar vein with actual themes.

Tribes: Dawn of Humanity is a light racing Euro with a theme that advances human tribes from stone age to the bronze age.

You might take a look at Steve Jackson Games’s game Tribes. It’s at least about topics that anthropologists are concerned with, having to do largely with reproductive success in Paleolithic societies, if I recall correctly.

Thank you for all your thoughtful replies, I am definitely thinking of going in the social dynamics direction, and you’ll probably see me in the ‘Last Game you Bought’ thread soon

Just for prosperity I will add Fog of Love now to the list which I think might push similarly interesting buttons.

A real outlier suggestion - maybe one of the COIN (counter insurgency) games by GMT? Different groups with different objectives placed into a historic (or modern) setting.

I think it would be remiss if I do not flag up megagames. 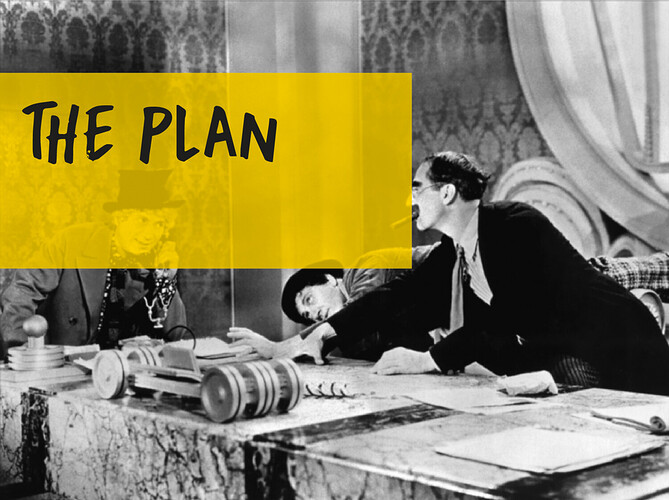 A game about negotiation, committees and planning The Plan is a game ostensibly about a strategic planning committee in a time of war. FREE

Is an example of one for a group of this size.