Anyone for a Whitehall Mystery? 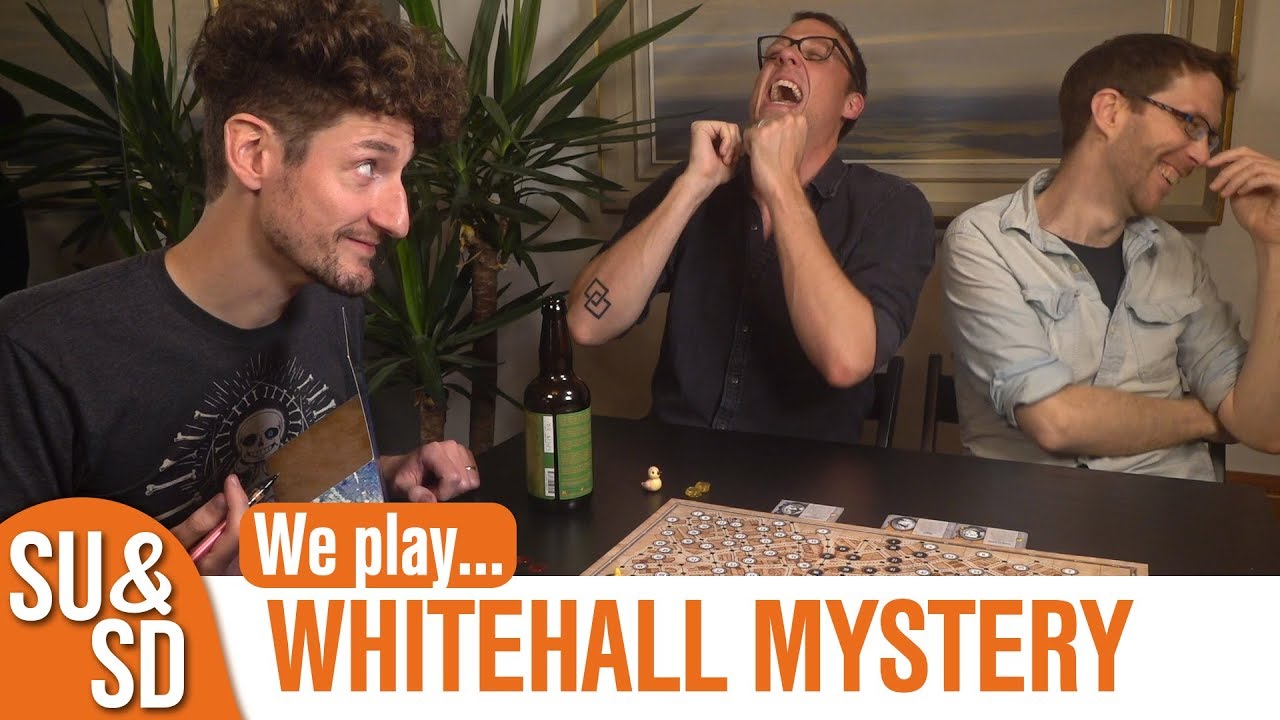 Anyway. I’d be happy to run it again. Up to four players, one murderer and three investigators (or if enough people are interested I could make the investigation poll-driven). But since all the optional rules favour one side or the other, I’ll ask about those before we start. This might come down to a poll, but here are the options:

Roger there were some people who missed out on Fury of… might be worth asking.

I’m interested, we played this on Zoom a couple of weeks ago.

The murderer had played before, whilst the 3 investigators were new (but my wife and I have played a lot of Scotland Yard). We caught the murderer just after crime number 3.

I don’t know if that was unusual, but I don’t think the investigators need any more power ups.

OK, worth doing with two? Either of you have a preference for murderer/investigators?

I think I have a slight preference for murderer, but could go either way.

I’m happy to be the investigator/s

Will this work with 2 players?

Right. Here is the map of London. (Taken from the FFG rulebook PDF.) 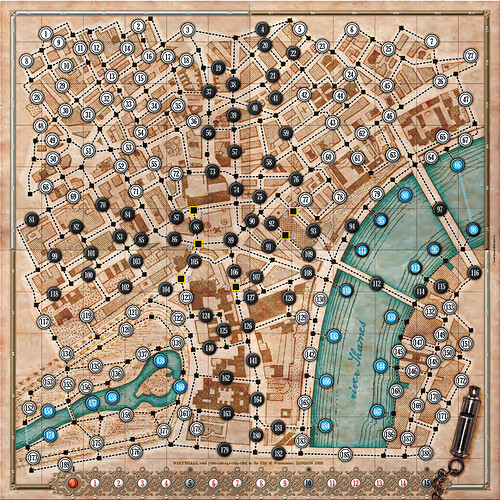 I guess I should mention that my time will be sparse for the next few days while facilitating Christmas festivities for my children. Next week should be much more back-to-normal.

And also, a big favor to ask of @Captbnut: since you are a single player controlling all of the investigators, there is absolutely no reason for you to discuss your strategy. However, in a 3+ player game, the investigators would necessarily have to overtly communicate. If it’s not too much of an ask, could you supply some of your strategy as you submit your moves?

I plan to do the same in my private conversation with Roger for those records to be divulged at the end of the game.

@pillbox I’m happy to do that. I’ve just got home from work for a week off but am happy to play at whatever pace. We’re in different time zones anyway.

Yup, the turn is pretty much:

If it’s not too late, I wouldn’t mind joining. I’ve played Letters and this looks similar in mechanics. I didn’t pipe in before because I like giving other people a chance to get in on a game.

I’d rather have a teammate, so I’m happy for you to join

Fancy making it a 3?

I’m actually trying to play RL games over Christmas, but will fulfil my classic ‘Newpaper boy who shouts out headlines as bodies are found’ role.

The four discovery locations have been chosen. Investigators, please choose your starting squares. (These are the yellow-bordered ones on the map above.)

I think the best bet for referring to squares is probably by their adjacent circles - so for example the north-western starting square would be “87-88”.

Up to you as players whether you want to have one person officially playing two investigators and one playing the other, or work as a committee.

What do you fancy @COMaestro, one each plus a joint investigator?

Sounds good to me. If it goes like most co-op games, it’ll more or less become a committee anyway.