A Halloween Games Thread (because we can)

Turns out I don’t really have a lot of candidates for Halloween games on my roster. Ghost Stories, Sub-Terra on the cooperative side and Vampire Vendetta (still unplayed) , Unmatched Cobble&Fog (maybe) on the competitive side and for big groups Blood on the Clocktower. But I am not throwing a spontaneous Halloween party. I had hoped to do a gamenight with maybe 4 or 5 people instead but none of my Horror themed games are on my “oh I would like to play this on Monday” list -.-

So what games are you playing on Halloween?

“All Hallows” is a holiday here so for me getting some people over for a long session would be an option.

I don’t usually think of seasonal games at all, but from my collection:

So what games are you playing on Halloween?

But if needed, I could put together a decent spooky games night:

I do have Baby Mysterium. That would qualify. Bloody Inn is no longer on the shelves. Good call. I noticed I got rid of ALL my Arkham themed games.

RPG one shot is also a very good call indeed. Hmm maybe it is time to reread my edition of Vampire:tM 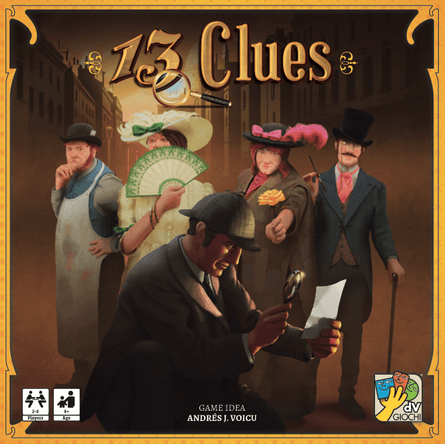 size=18][b][COLOR=#FF6600][center][u]This Geeklist is for Halloween games![/u][/center] That means games with ghosts, monsters, spooky themes, or murder! And anything else that you think is an appropriate game for Halloween! [center]So post away!...

I wish there was an easy to way to filter GeekLists for games marked as Owned (I’ve hacked together some python to do it before, but it involves downloading the entire GeekList, parsing the gameids and then crunching that against a BGG collection API)

or previously owned oO clicking through this apparently I got rid of a lot of horror games over the years–I am not even surprised.

Add Horrified and Fury of Dracula to the list of Halloween games. I guess Unfathomable and Arkham Horror TCG could go on there too, and if you just focus on the monster element, maybe Dungeon Petz. Otherwise, I think everything else that I own has been mentioned already.

And if I really wanted to scare people, there’s Monopoly…

Some of the entries are fairly tenuous. I went through and made a note of all the games I own on the list and came up with:

I’m not even sure I agree that all of those really count as “Halloween” games.

I’ve been looking at both Cthulu Death May Die and Horrified recently. Lots of waffles and no buy though.
Once I get it next year, maybe Septima qualifies (still not over the fact that no actual Witches are designing that game)

Games I have that could (loosely) be described as “Halloween games”:

More than I thought!

I’m bringing Whitehall Mystery and Poison (aka Friday the 13th) tonight at our club. Do I have enough upper body strength to carry Cthulhu Wars? Maybe. I’m considering now

Best thing I have is the Welcome to… Halloween map pack where you go trick or treating.

Other than that, probably Dead of Winter.

I’ve sold my Halloween games - Betrayal at the House on the Hill, Mysterium, Dead of Winter and Flick 'em Up dead of Winter. Lovecraft isn’t my bag (although I was given Cthulu Wars Duel)

I think anyone watching me play A Feast for Odin would be horrified by my incompetence, does that count?

On second thought, one could in theory play a setup with only fear based scary spirits and possibly a scenario that fits (dont often play with those)

Oh, man, how did I forget Letters from Whitechapel, Dead of Winter, and Betrayal (HotH, and Legacy)?

I guess there’s also Munchkin: Zombies and Zombies!!!, but I really wouldn’t want to play those at this point in my gaming journey.

Hm yeah I guess Whitehall Mystery for a smaller group. I don’t think of it as horror, exactly, but it could work.

Ooh, I just got Castle Ravenloft in the SHUX math trade! That’d fit!

And how could I forget One Night Ultimate Werewolf. Heck, I bought that for Halloween years ago!

I forgot I used to own Broom Service board game and card game. I still have Witch’s Brew

An obscure one, and the theme is very thin: Witching Hour (2017, Bruce Baskir). It’s basically set collection, with several twists. This is one of my “got as a demonstrator freebie at Essen, have never seen again” games.