Which Trek is the Star?

I’m really surprised people rate new kirk above old. For me old kirk was an explorer, having to make up rules by necessity, a man with skills surrounded by experts he could rely on.

I never got into the new Star Trek films myself, falling into the “this isn’t my Kirk” opinion. In general, I don’t see the need to remake or “reimagine” the originals - just come up with new storylines. The recent Star Wars filmed seemed to fall into that trap too.

And on related issues as a long time Doctor Who fan, I can’t understand the vitriol towards Jodie Whittaker’s Doctor, other than just blatant sexism. (Must … stop … sidetracking!)

That unicorn is the wrong colour.

Old Kirk is… an actor of his time, I suppose. He’s big, larger than life… Olympian in many ways. Not perfect, but just… bigger and bolder and louder and brasher than any other Starfleet.

New Kirk is chaotic, and energetic, and frantic. He’s a genius (which old Kirk is supposed to be, but Shatner always struggled a bit with that bit), and he’s got the ego to match, despite being constantly worried. He is… human. Like, flawed, but still deeply human. Shatner always came across as demi-god-like to me, and it just never sat right.

New Kirk is chaotic, and energetic, and frantic. He’s a genius (which old Kirk is supposed to be, but Shatner always struggled a bit with that bit), and he’s got the ego to match, despite being constantly worried. He is… human. Like, flawed, but still deeply human.

I thought his flaws made him totally unfit for command, and made it unbelievable that a rules-oriented officer like Spock would even think of putting him in charge. Starfleet is a huge bureaucratic organization, and such organizations don’t take well to chaotic geniuses, even if we stipulate that new Kirk is one.

I can see this, I also prefer older old Kirk, when the sex appeal and fist fights faded. More considered, more improvisational.

(Although TOS fight music still gets me excited.)

I’d love to see somebody really explore the idea that occurs to me whenever I watch- that each of the series were a product of their (production) times.

Chaotic, shoot-first-ask-questions-later Kirk as a reflection of the 60s, for instance.

Oh, absolutely. The contrast between TNG and DS9 especially. 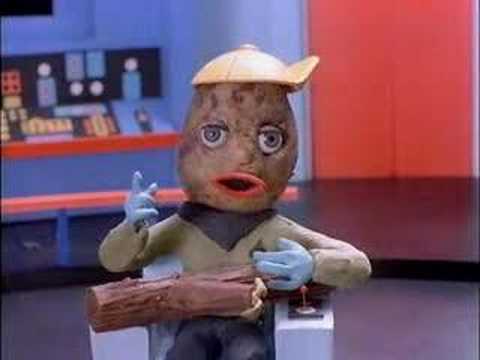 I was all prepared to weigh in with a definitive “Deep Space Nine is not only the best Trek, but the only one I’d be willing to revisit nowadays.” take, which surely cannot be challenged, but then I discovered we were rating captains. I…don’t really have strong feelings on that, tbh. I think Kirk, Picard, Sisko and Janeway are all well played in their respective circumstances. Janeway gets somewhat schizophrenic writing but that’s not Mulgrew’s fault, nor is it a knock against the best version of her character. I don’t really like OG Trek, but for what it is, Kirk’s fine. And both Picard and Sisko are very good. I guess maybe I’d rate Picard a bit higher just because I love Patrick Stewart and he’s been in a lot more stuff I’ve seen? But that’s kind of beside the point.

I can’t rate Enterprise or Discovery, having bailed immediately on the former and made it maybe halfway into S1 of Discovery (I sort of want to keep watching, especially for some twists I hear exist, but in a TV landscape with a lot of other shows I care about way more it’s tough to get back to).

I’d love to see somebody really explore the idea that occurs to me whenever I watch- that each of the series were a product of their (production) times.

Back when I lived in San Diego, a science fiction club I belonged to showed the film The Time Machine (the 1960 George Pal version). It showed the Time Traveler discovering that the Morlocks were preying on the Eloi, and shouting at the Eloi until they started defending themselves. And I said to myself, “Oh, my God, he’s acting exactly like Captain Kirk!” In fact, if you think about it, that was the behavioral/cultural paradigm that inspired the US intervention in Vietnam back in the Kennedy/Johnson era. . . .

I think Mission Impossible could reasonably be said to promote the image the 1960s CIA had of themselves: cool people pulling off complicated tricks and getting out before the bad guys even knew there was something going on.

And the message of the CSI shows is that if you’re a woman with anything other than a conventional monogamous heterosexual relationship you’re usually either a murderer or a victim.

Getting vaguely back towards topic, one of the things that stuck me about the first season of The Orville is that its visual grammar and storytelling rhythm are very much inherited from Trek Next Generation – and it’s startling how alien that feels now.

We watched two episodes over the week-end.
“The Reckoning” from DS9 which was good. Poor Sisko that was harsh… and here I thought Kai Winn had changed. If this were GoT or anything else Jake would hate Sisko forever and plot to kill him or worse…

The other episode was “Unforgettable” from Voyager. Weird one. Voyager really likes those experimental story types…

I don’t know if I mentioned this, but my partner and I have been working our way through DS9 again.
We’re currently Season 5, episode 17 (“A Simple Investigation”).

Concurrent with that, we’re also listening to a great, weird podcast called “The Greatest Generation” (currently “The Greatest Generation DS9”), which is a review/comedy/commentary show that watches each episode of TNG/DS9/Discovery, and then talks about the episode for about an hour. It’s funny, it’s clever, is surprisingly smart. Their early TNG stuff, where they were just kinda finding their feet, is rough in parts (a lot of reference to inappropriate relations between Picard and Wesley… “The Boy”…), but they’ve hit their stride by the time they get to DS9.

They’ve also given me new appreciation for both Avery Brooks and Nana Visitor, who I loved but it’s nice to have outside opinions backing me up about how wonderful they are.

Anyway! We watch about 5 episodes a week, so we have another… fourteen years worth of DS9 to go?

My partner and I have slowly been rewatching (or, rather, first-time-watching-together TNG). We’re currently on season 1… We started a couple of years ago but, as we typically use the TV for background noise, watching shows where we have to actually pay attention is rare since our oldest was born.

My partner is finally getting the energy back to exert in the evenings towards her own hobbies (instead of exerting it all during the day dealing with children); namely she’s knitting some blankets for some friends/family. I had recently bought a boardgame secondhand (Summoner Wars) that came with sleeves and I also bought more content (Summoner Wars Alliances + a handful of 2nd summoners + a handful of reinforcements packs) that were new-in-shrink and, as such, did not have sleeves - so while she knitted and I mindlessly sleeved about 725 cards, we got a few episodes of TNG watched last night.

The one that stood out for me was Hide and Q, the episode where Q gives Riker the powers of the Q and Riker immediately lets it go to his head but is then convinced otherwise because of some poorly delivered lines. I really think the narrative of that episode would have been drastically different if it were created in 2020 rather than 1987.

I generally like the Q episodes though. They are always interesting and really “out there”… I have a terrible memory for details though (it’s all stuffed full with boardgame rules) and cannot recall this one specifically.

I hated Q early on and then… he sorta grew on me? Especially the episode where he gets to interact with Guinan. No spoilers, just in case, but it is fantastic! And after that, I loved him!

And then there’s the episode where he accidentally causes a plane crash while grieving for his dead daught…hang on, wrong show.

I rate Sisko as my favourite with a solid “Punched Q in the face”/10.

I felt like him and Janeway are the only two who ever had to deal with genuine issues. Picard has a few major moral incidents (The Measure of a Man, being an obvious one) but it’s all very Space Opera, in my opinion. Voyager dealt with the harsh truths of surviving without a society to fall back on; the attempts to stay true to a guiding principle when other factions do not share them; scarcity of resources. DS9 dealt with the issue of race very directly; it made a loose attempt at being inclusive of LGBTQ people (albeit not a great one, and contains one of the most tranaphobic episodes of anything I’ve seen). It also deals with the people who live on the outskirts of paradise. The inequality of the federation.

Sisko is my favourite Captain, because he deals with the reality of the situation. Picard is still my second favourite, even though his show was much less deep. Janeway comes third. There’s a lot of flaws with Voyager, and maybe I only like it because it was my first Trek, but I think Janeway manages to really shine in a show that struggled A LOT at times.

I don’t think I can count anybody from Disco. The captains aren’t the focus in almost any way. Michael Burnham is the focus. The captains just act around the main character.

Sisko is great obviously, and with the exception of the final season (and possibly the first) DS9 is great but man, I’m too much of a Patrick Stewart fanboy to even consider putting anyone else first but Picard. Next Gen is (ironically) a product of its time but even given the weird TV-land conventions they’re working with, Picard shines. He is still the most compelling character in ‘new Picard’ (though I think the character work there is sharper on the whole than in Next Gen)

Though Janeway was interesting - Mulgrew did a great job in a series with some terrible scripts. I’ve still not watched all of Voyager though, some of it’s pretty rough…

And Discovery is a different beast. But leaving aside its less than stellar first season, season 2 also has some good character work and a decent plot. I’m very curious how the next will pan out given how it develops in season 2.

I’ve watched like less than a season of Enterprise, and didn’t really care for it. And going back to the Original Series now feels like an archaeological dig more than a captivating show. (though Wrath of Khan is still terrific!)