As an avid reader and writer of three novels, watching these shows has been both eye-opening as well as being truly enjoyable.

I have put Sandman on hold as we are watching The House of the Dragon together, and my better half was not so much into Sandman (and most night I am too tired to watch TV, if I’m honest). So far, so good. Matt Smith is confirming what I thought would be an excellent cast as Daemon Targaryen. Even more, he is exceeding my expectations. And so is young Rhaenyra.

I admit is making me wanting to revisit Blood and Fire, as I believe there are changes, although with that book GRR Martin has been clever enough not to trap his fingers as it is a collection of three chronicled versions of the Targaryen history.

Watched Doctor Strange and the Multiverse of Madness.

I enjoyed it, but I have issues. Particularly I hate their choice and justification for the villain. The movie overall is a really good horror flick in the vein of horror flicks that I like (not too many jump-scares, more threat-of-horror than gore or disgusting). And a couple of the fights are really, really well done.

A solid MCU. But gosh do I hate how they picked their bad guy.

Wong was great, though. And Strange is a delight to watch (or maybe it’s just Bennersnap Crinklefries… he’s always a joy).

Delighted that they kept to the comics, where the 4th-wall breaking started within a few issues and before long she was looking up and complaining to the editor by name.

Absolutely agree with all of this, particularly the villain.

Delighted that they kept to the comics, where the 4th-wall breaking started within a few issues and before long she was looking up and complaining to the editor by name.

She didn’t start breaking the fourth wall until Sensational She-Hulk, which was almost 10 years after her debut. And the early '00s Dan Slott run that this series seems to be largely based on barely had any.

I’m mixed on the show. It’s a well-written, enjoyable series, but the CGI is awful and the supporting cast is just pulled from nowhere (those that have comic counterparts pretty much resembling them in name only). It also seems to barely care about how the law or being a lawyer works …

I just finished the 3rd season of Harley Quinn, the animated show on HBO Max. I really love this show (though I do wish it had less Joker and Gordon, but I get what they are trying to do and it works for the overall arc of the season). I’m happy to read that a Season 4 is planned; I hope it survives the post-merger chaos.

She didn’t start breaking the fourth wall until Sensational She-Hulk, which was almost 10 years after her debut

Huh, I had no idea that was 10 years later! They’ve packaged a collection with what must be issue 1 or so and then straight into John Byrne. Also assumed this was all about 10 years earlier than it actually was! 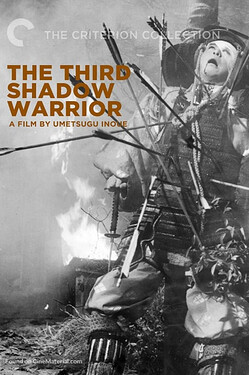 Huh, I had no idea that was 10 years later! They’ve packaged a collection with what must be issue 1 or so and then straight into John Byrne. Also assumed this was all about 10 years earlier than it actually was!

Yeh, her original series is pretty bland and forgettable. To be kind of expected for a character only created to prevent an unlicensed spin-off of the Incredible Hulk show.

She didn’t become the Jen everyone knows until Byrne’s run on Fantastic Four and Sensational (which Byrne wrote less than half the issues of, but the rest are a bit crap, so don’t get collected).

I read through every She-Hulk solo series a while back. The 2014 series by Charles Soule is the one I’d really recommend (written by an actual lawyer!). Byrne and Dan Slott’s runs are good too, but are far from perfect. Everything else is kinda meh (though the current series is pretty good so far).

I enjoyed Cassian Andor having an origin as a Gamma World PC more than I expected and also because it got me back to the kid mindset vibe from the old Ewok TV movies that informed a fair bit of my early West End Star Wars RPG attempts. Wilfred Brimley’s character could have got a start from Fiona Shaw’s character. Also it seems like they made up Kyle Soller to resemble Kyle MacLachlan and any Twin Peaks allusion, no matter how abstruse, delights me.

During.a recent nostalgia trip I found out one of my favorite cartoons I watched when little was available for purchase.

Grimm’s Fairy Tale Classics would occasionally play on Nickelodeon. They would have a random “lunch special” sometimes Grimms sometimes random animated movies. It wouldn’t say on the listings what the episode was . So It wasn’t something I saw very often. Mostly on like the odd day homesick. That would be what I’d be looking forward to if I stayed home sick.

They’re even ones I’ve never seen since they weren’t released in the US only in Japan.
I may have gone overboard and bought the DVDs and digital download for the first season. But it was my birthday month so I still have a little spare scratch. I loved these. I also loved Jim Henson’s Story teller too.
Random episode.

I invited my parents over for my Dad’s birthday for dinner and “opera night”. Dad is a big opera fan, and neither he nor Mum had ever seen the wonderful Archers film of The Tales of Hoffmann (1951), which received a superb restoration treatment several years ago (thank you Martin Scorsese, Thelma Schoonmaker, and others) – and as we have a projector and decent speakers, I felt I could do it some justice.

I first saw TTOH at a local film society screening, and I fell in love with it immediately. I’d not looked to see what was on that week, so it was a completely unexpected surprise, in that delightful kind of “oh my goodness, what is this?!” way. It really is a mesmerising work of art.

(Criterion finally released their new edition quite recently, but AFAIK the actual film is identical to the earlier STUDIOCANAL release, so I’m pretty sure it’s only the extras you’d be choosing between if you were looking to pick up a copy.)

Fab film aside, I was super happy with the chickpea moussaka I cooked for dinner (plus a polenta/tomato/mushroom dish and roast veges, and my partner baked sourdough to go with my latest hummus as a starter; and a nice bottle of wine to cap things off). We haven’t done much in the way of actual entertaining for quite a while, but I’m chalking this up as a veritable success : )

And on a very different note, tonight we watched both of the Terminator films back to back.

You are wrong, as my notebooks full of affirmations can helpfully confirm.

Dark Fat is the third best one but I agree, no need for more than 2.