Meanwhile I’ve purchased every single Mindclash game (I believe? I might have missed something) and Septima will be no exception. They have gorgeous art, cool themes, and are a weight of Euro that’s actually complex enough to be interesting to me without being as cutthroat vicious as your Splotter type stuff.

I probably don’t live anywhere near @raged_norm though.

Also, in other crowdfunding news, my late backer copy of a game I almost certainly will never play has arrived: 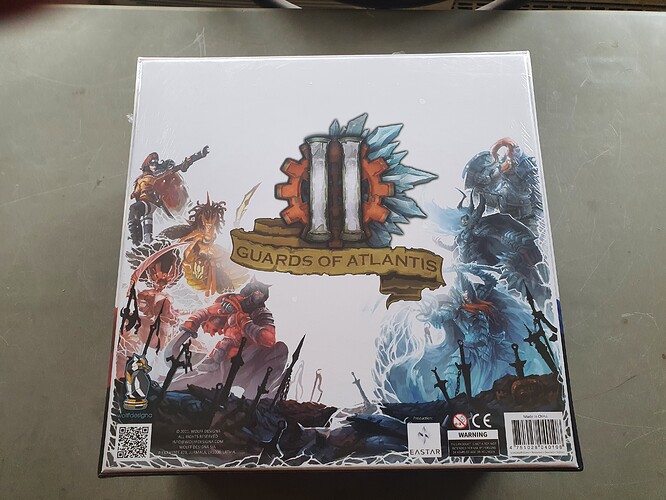 It looks rad as hell, but it’s 2v2, 3v3, or 4v4. Number of times I have any of those player counts approaches zero. (You can technically play 2 player if you multihand, which they don’t recommend but do say is possible, but I also rarely have 2, and they have handicap cards for uneven counts which I suspect probably aren’t fully balanced.)

That said, my girlfriend is coming to town next month so I’m hoping maybe there will be one night where we have four and if so and people are at all willing, Guards of Atlantis it is.

This looked pretty:
https://www.kickstarter.com/projects/algslt/space-lane-trader-board-game
…but then I thought, hmm, I’ve already owned Merchant of Venus, and this doesn’t seem to bring anything new to the table.

Oh my god, my copy of blood on the clocktower is getting delivered tomorrow. That has been a wait.

Now you just need 8 people or so to put it through it’s paces!

I got an email for Helsinki which is the sequel to Copenhagen. I really liked Copenhagen -it’s one of the few games I’ve bothered to foamcore and keep. at the moment my partner and I are playing a lot of Copenhagen on BGA which means we’re really digging the game still as well.

All of this has made me tempted to get in on Helsinki but I’m not sure if my current hot streak with Copenhagen is 85% convenience rather than the actual quality of the game.

I wonder if I’ll play a game that’s basically duff if I don’t have to set it up compared to a super game which takes loads of set up. (The answer is probably yes)

WTF is going with CMON and shipping costs? (re: Cyberpunk game where the KS is full of spoilers for the game, which I know isn’t fresh but I shouldn’t have scrolled through it. There are characters in the boardgame I haven’t met in the computergame)

My assumption would be that they are less willing/able to either absorb some of the current shipping costs out of their own budget or pad the asking price of the content to cover shipping in a way that is more palatable to consumers. International shipping is very expensive right now, domestic is not great either. The idea that one might have to pay $50-120 depending on destination for a big box of minis like CMON likes to do to be shipped (or more likely, several boxes, it’s CMON) is quite plausible.

No, I’m not interested in paying that for a CMON game. But there you have it.

Looks like people are getting their Blood on the Clocktower copies 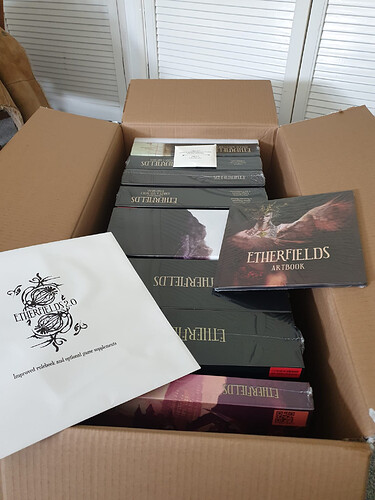 I was scared and then I remembered I already have about half of that from wave 1.

I don’t think it could look at the postman in the eye if that showed up at my house.

I know far more people who now have a copy than could feasibly need one within the same gaming group!

My Blood on the Clocktower has arrived! There’s two of us at the club with a copy now, which will be nice in terms of not always beign the storyteller

A local 18XX nut is in for all of the AAG kickstarter.