I’m having a great time with my Apple Watch.

One of my colleagues has just resigned. This has prompted management to have 1-1 meetings with the remainder of the software engineers on this project. A meeting which I missed due to Covid. So I have that to look forward to next week.

1 to 1 meetings to tell you you’re all getting a huge raise right? Right…?

It actually does sound like that. One of my team has been offered a long overdue promotion.

I’ve already had a pretty decent pay-rise this year so will be interesting to see what’s on the table.

“I don’t have the legs for Morticia, so I guess I’ll just have to be Uncle Fester.”

The technology for leg stretching has existed for a millenium, but it’s still got some bugs.

The other day I had to rebuild my ESXi host. My IP KVM was causing some graphical artifacts which produced this lovely:

Don’t worry, the passwords did not actually notch.

The other day I had to rebuild my ESXi host.

(Next year, I get to automate our esx upgrades and host firmware updates. )

If I had more time on my hands, I might have just gone through with my normal threats of ditching VMWare in favor of one of the opensource virtualization stacks… but who’s got time for that?

I talked to my uncle today and while I know he is able to use a smartphone and is generally well supported on the tech side by his sons… he complained to me about a variety of digital issues that plagued him and then he asked the pertinent question:

I told him that people want new features and that it is the nature of software to change… he wasn’t convinced.

Ah well… the other day my partner despaired because he was unable to find his playlists on the music streaming app we use… because recently they enabled playlist sharing (yay!) but it means to get to your playlists you have to have a profile and he had not created that…

Also security fixes, but then they bring in new UI elements with those fixes…

Security updates implying an ongoing LoE, so, as a result, they spend more money making UX worse so that they can launch a new product in 3 years with an overhauled UI that costs twice as much.

In my world “twice as much” is still zero, but adding features is fun and fixing bugs isn’t as much.

Which is why Linux has 7 different sound universes, all of which are buggy.

It’s such a real problem – people get software forced upon them; they cope with it until they have learned how to use it, and know exactly how to do everything that they need to do so that they can get on with their real job; and then someone forces something new upon them which is supposedly a better replacement – but actually not for any of the people who have to use it, because they know how to use the old one, and most likely no one actually consulted with them about the replacement in the first place; so aside from the fact that they now have to waste time trying to figure out how to do everything, it’s not even a given that there are any real improvements for them at the end of the day. 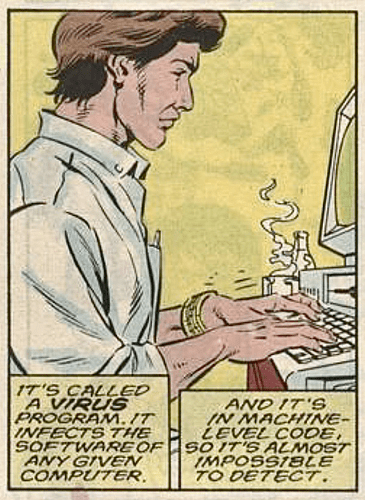 Still one of my go to mechanisms for debugging, except when printing out to the console makes the bug disappear.