Woo, I wonder what’ll happen. I’ve had another drive in “imminent failure” mode for over three years. On this one it’s Reallocated_Sector_Ct so it might actually be real.

(The laptop it’s on was free in the first place, some years ago…) 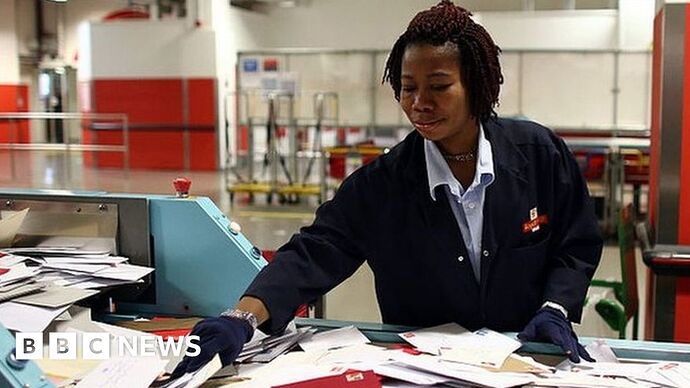 The firm is telling customers to stop sending items abroad while it tries to resolve the issue.

Guess who just posted some parcels to the USA? 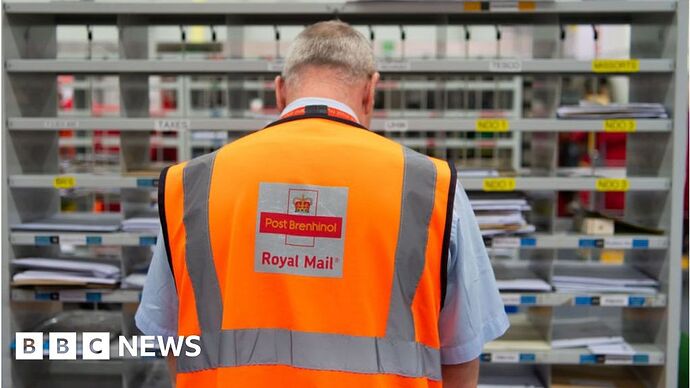 The group is working "around the clock" to resolve severe disruption to overseas deliveries.

My parcels were waiting to go out of the country on Saturday, I was hoping they hadn’t got caught up in this, but seems like they have.

Having not had much to do with the “Agile Gurus” for a while, I’ve been invited to a meeting with a couple of them to discuss “the forward looking plan of action for agile adoption and coaching.”

I’m very interested to hear what they think is wrong with the way the team is doing agile.

Maybe they want your team to coach everyone else on adopting agile…?

I’ve been pushing back on tasks that I’ve been doing as Scrum Master that I think are the responsibility of our Product Owner.

I’ve just been told we’re looking for a new Product Owner and they’re hoping to make it one of the dev team.

Here’s a good joke I heard yesterday: “team x don’t really need a scrum master - they work so well together”… Said to the scrum master of team x

I’ve just been told we’re looking for a new Product Owner and they’re hoping to make it one of the dev team.

That sounds brilliant! Cue the product owner suddenly becoming a lot less fussed about literally everything to do with the product…

I think I’ve mentioned before but we were already struggling to get the Product Owner to engage with the team. To the point where I was choosing what we did in any given Sprint.

Then he’d moan we hadn’t done any of “his” features.

Developments today. They’re expecting one of me (the Scrum Master), the software lead or the systems lead to be the new PO.

I’m due to have fortnightly 1:1 coaching sessions. Still not quite sure why.

“And the extra salary to go with this extra responsibility would be…?”

Would you still be expected to be the scrum master? Until quite recently we had a team with PO and scrum master being the same person and that hasn’t ended well… They weren’t able to let go when the team finally got a dedicated scrum master

Prior to Xmas I was asked whether I still wanted to be the Scrum Master (as my boss thought it was beneath me). I understand now why that idea was floated.

The problem there was that we couldn’t identify who would be the Scrum Master if I said “No”. No-one else in the team seems to have any desire to grow into the role, nor do ideas like “rotating Scrum Master” seem good.

I have already told them that there’s no way I will do both (even though I’ve been blurring the lines already). The software lead is not interested but the systems lead has kind of accepted it will be him. I’m not sure he knows what he’s getting himself into.

I’m nervous about that role coming inside the dev team. If I were sitting outside the team I think I’d be doubly nervous.

If I were sitting outside the team I think I’d be doubly nervous.

I’m sitting well outside your team, and the concept of the official product owner being one of the developers makes me pull a variety of facial expressions (none of which resemble “comprehension”).

I hate big design meetings. Oh, do I.

Our defacto scrum master–the dev who prepares the retrospective whiteboards on mural (really a good tool once I got used to it)–has started putting thematic images on the board this began in Q4 with themes being Christmas inspired at first… I told her I liked it, and it helped make the retrospective different from our usual meetings and at least I felt more comfortable participating and so she continues.

Yesterday she had made an animal theme (Pandas Lamas Apes and Crocs) and people loved it. Apparently, I identify as a panda baby (you know the ones always rolling around or falling from stuff in those videos). Some of my colleagues identified as cows at first until they were told those were “work animals”… they quickly turned into lamas and monkeys instead.

This retro had some rather controversial thing about roles and self-assessment and really if not for the animals the retro would have been horrible. I dislike these kinds of self-psychology things (I feel I am introspective enough without needing a prompt) and I was called on first to give my opinion and–for reasons–I had a certain lack of word-filter yesterday and explained that I disliked these things on principle and it looks like I inspired quite a few of the rest to also voice their critique a bit harsher than usual. The animals really softened the whole thing.

Still, I’ll take some time today to talk to her about it and explain. I don’t think it is a problem. But following-up on stuff like this always seems like a good idea.

With so many people doing scrum here, I just thought I’d share.

. I have luckily managed to avoid tense retros for the most part, with the notable exception of one that resulted in two people crying. But boy do I manage a few people who go to a lot of tense retros