Well, this was something I wasn’t sure would ever come, but chess month has delivered. And boy-oh-boy do I vehemently disagree with Tom’s brief showdown against Undaunted!

A few of you are likely already aware of my unwavering love for War Chest. It’s a near perfect game and one of a few personal evergreen titles in my collection. I’m thrilled to see it finally get a video review, and I’m curious if it’s had the SUSD effect on anyone here. 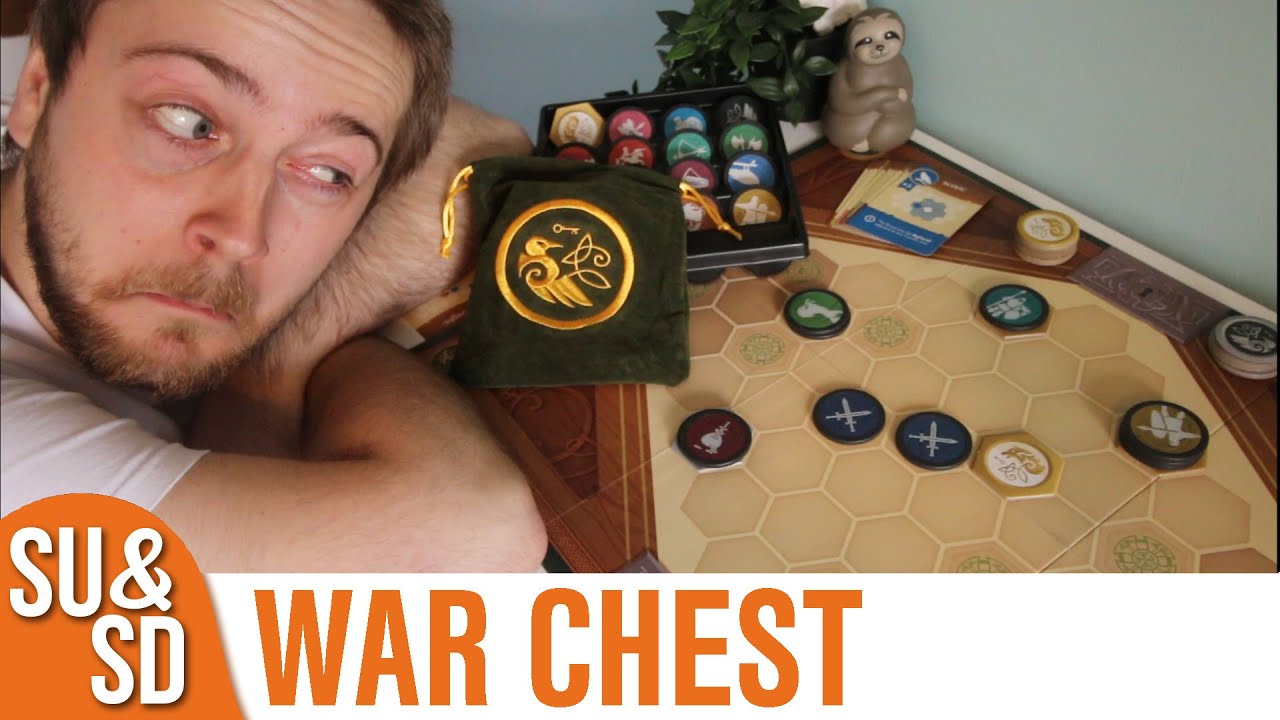 I played it in January of last year at a boardgame café, and I got too much of the “like Chess, therefore Roger doesn’t like this” feeling from it. (I don’t claim this is rational; I don’t get that feeling from Onitama.) Might try it again some time.

On the other hand I would rate it over Undaunted: N because I know something about WWII infantry tactics and if you can’t implement something of those tactics what’s the point of calling it “WWII”?

Um, I don’t know. The writing fell flat for me. …I feel bad. Am I bad? Oh god, I’m one of those internet people

Curious that you get the “like chess” feel from WC but not Onitama. I’m the reverse, with Onitama moving on long ago.

I think you just pushed me over the line. Picked up a 20 pound copy with some box damage on BGG.

I don’t get that feeling from Onitama

Oh, I did after playing the app a bit. Have never understood the love for Onitama.

curious if it’s had the SUSD effect on anyone here

Honestly…I couldn’t get through the video. I tried, I really did.

This is one of the few times I really haven’t had an immediate itch for a game after a SUSD review.

I think maybe I’m slowing down on games and also I finally have games in my collection where I’m happy I’ve got most bases covered. This does seem slightly unique for my collection, still. A draft-based area control game is not quite what Kemet is, but it’s similar, that’s for certain.

The game looks fine, the review was good, and I honestly can’t tell there’s been something just extracted from it after it was finished. Something just didn’t quite pop for me.

I don’t get the undaunted bit? It’s a bit apples and oranges.

I don’t understand why the game is fun - the one interesting bit seemed to revolve around a person making a serious error?! That’s not fun!

Probably just because it’s the same team that designed both, and they are both 1v1? I guess that’s a reason to compare them to an extent.

Ah cheers - I thought that might have been the case but I think it was in a joke and could have also been the publisher.

It may have been? As I said, I got about 30 second in and had to stop, so I’m not sure what the actual comparison was.

I think the fun of the game would come from learning the different pieces and the fun of new things and learning to combine them, then it would be much more chess like and there would be more “fine moves” than funny moments or anything.

From the perspective of somebody who watched the review only.

Undaunted’s deckbuilding is ripped straight out of War Chest, which is why they made the comparison. The review was disappointing for several reasons, not least of all the haphazard way they plopped that in at the end. Undaunted also has lots of dice rolling, which was my primary reason for moving it along. This system translated beautifully to Undaunted, but the thrill of the guesswork Tom alluded to in the review ends up lost in the dice.

I find it curious that he saw more longevity in the game with a short campaign and annual expansions than the one designed to be played “infinitely”, but to each their own. War Chest can be played with scenarios as well, FWIW and it includes a few in the rules. Couldn’t tell you a lick about them though.

I am trying to be less dazzled by any and all reviews. Plus I’ve just figured out that while we play a lot at that player count, pure two player games are not our favorites and we have enough of those as well (even if this particular one can also be played with four, Tash Kalar can be played with four and yet I have never done that)

I am glad chess month is over now.

Why is the box so tall

As far as I remember, the token tray is a big part of it - and that’s 20 different token slots on a slant rather than minimum-space packing. 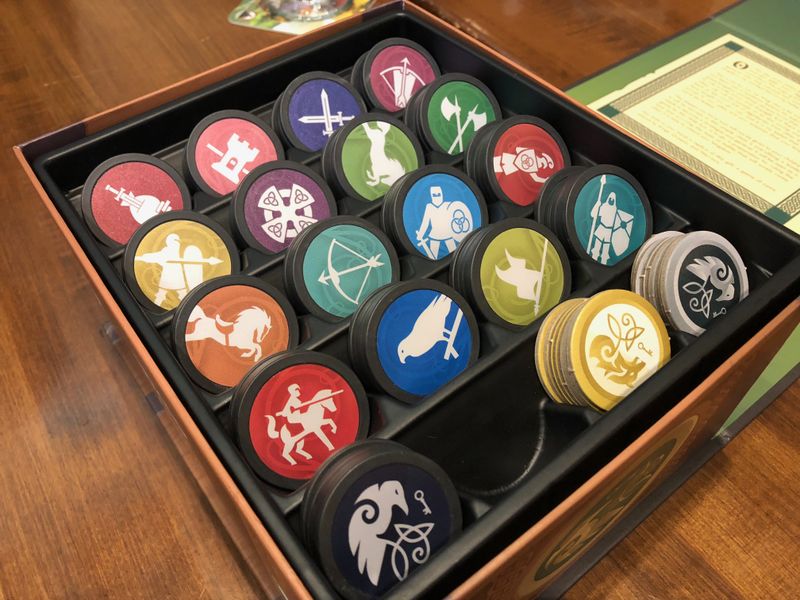 There’s also an expansion (which deals with some criticisms of the base game such as not being able to see the control counters under the troop counters) and the layer of extra tokens which come with it fits into the ORIGINAL game box, so the extra height is actually handy. 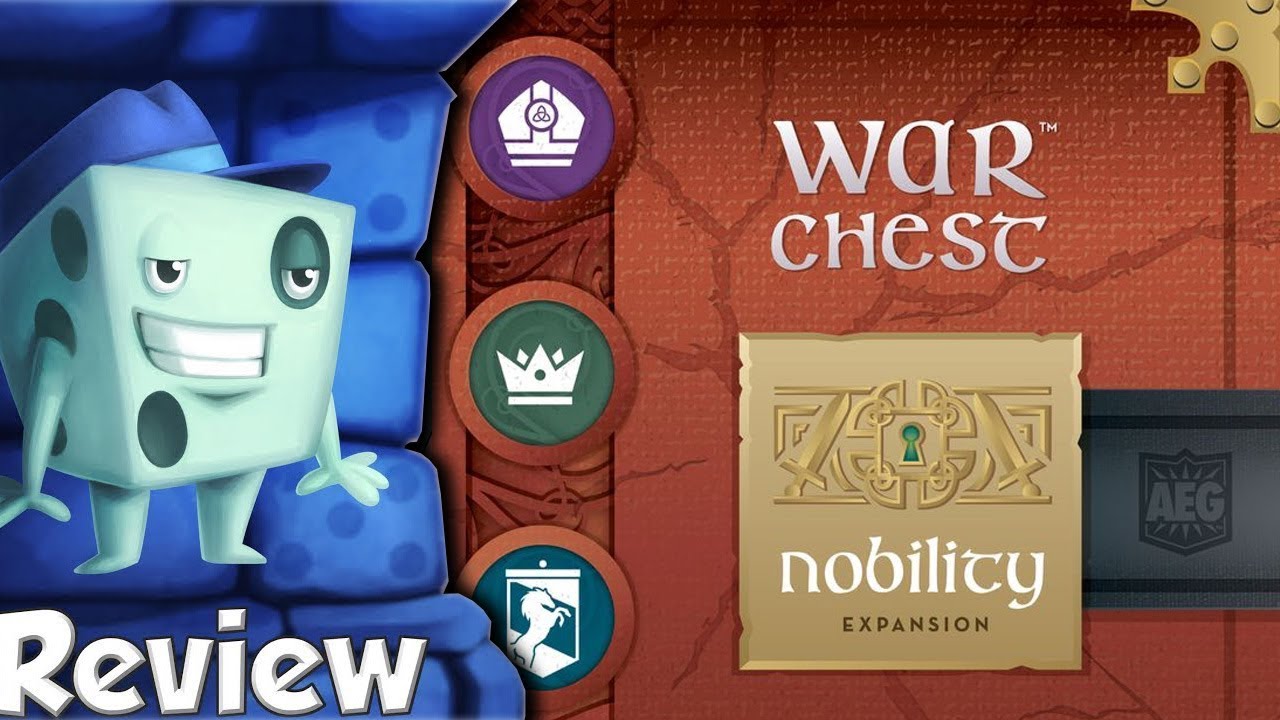