I think there were similar discussions in the old forum but this sprung to mind today playing brass.

I like organisers for inside of my games and as such I have a couple of these plywood solutions.

I picked one up for brass, more due to it being comparatively cheap when shipping some other organisers for the Etsy seller which I felt were more needed.

As it turns out the bloody brass one is my favourite. The Birmingham box is neat anyway but the setup with the wee Individual organiser tray and the storage for the resources makes me smile every-time I set it up. 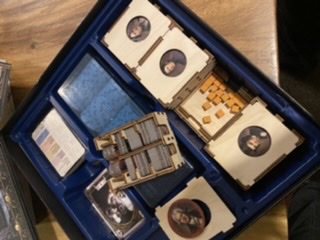 Curious to hear what organisers/box reductions other people like/have if they are home made or bought.

Or is it just me?

I have a bunch I designed and 3d-printed. For example, Welcome (Back) to the Dungeon: 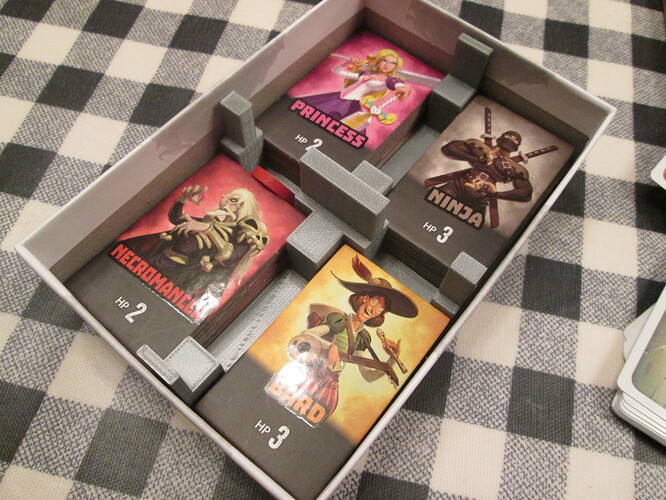 (There’s a saltire cross under each tile deck to keep the thing straight and make picking up the tiles easier, and the card decks go above.)

or this weird one for Grifters: 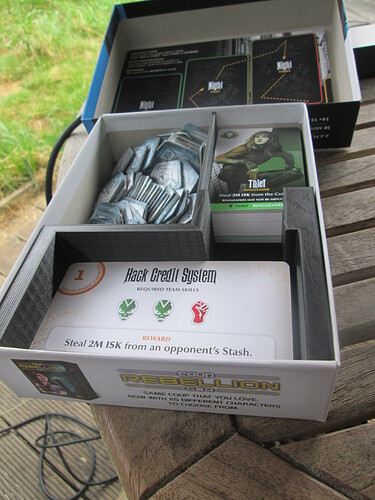 3d printing is obviously more expensive than foamcore, but for small games like this where irregular shapes are wanted I think it works well.

I have an inlay in mind for Homeland: The Game, but when I specced it up I reckoned half the box would be empty!

Mine are usually found in the Foamcore thread

The last one I built was for Viscounts… I thought I would find more time between the years but I didn’t.

One that came with the game that I really love is Obsession: 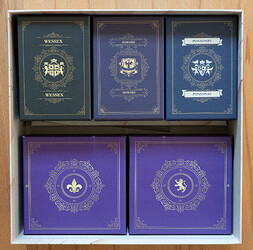 Another one that came with a pretty neat solution in place was Moonrakers: 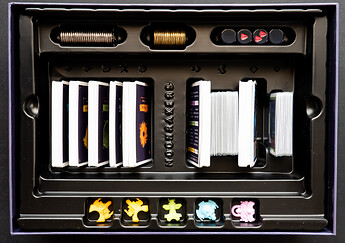 Here’s the best innards in my collection right now. Many to give mention to, but I’m sticking to current titles for brevity, and will let the images do the talking. 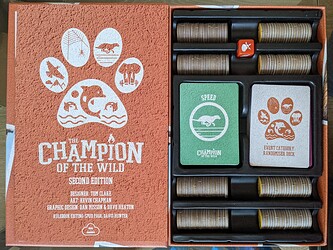 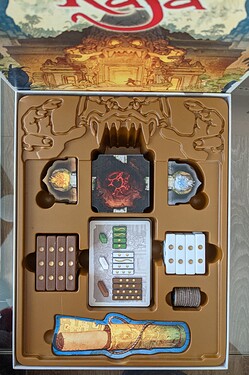 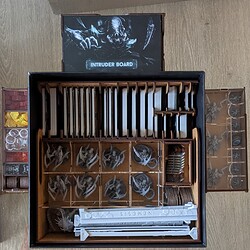 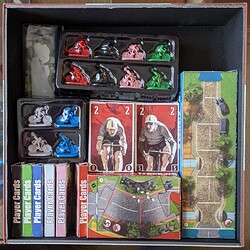 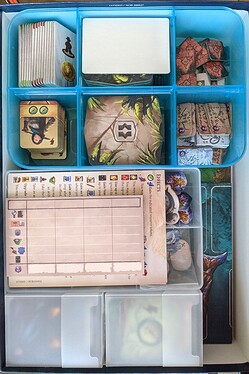 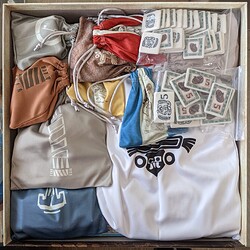 Bumping for my $16CAD Xia solution. I’m going to end up making a kind of sleeve out of foam core for the tiles, but I think this is pretty darn nifty. The Missions and Powers box is just holding the replaced cards/solo cards from Embers and otherwise helping fill a little void space. Quite happy! 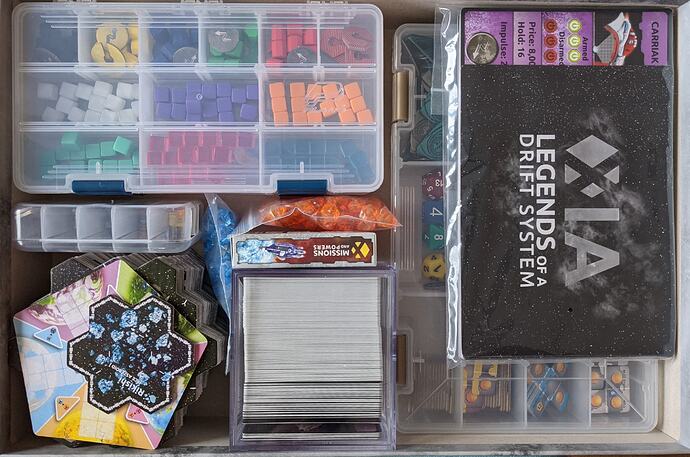 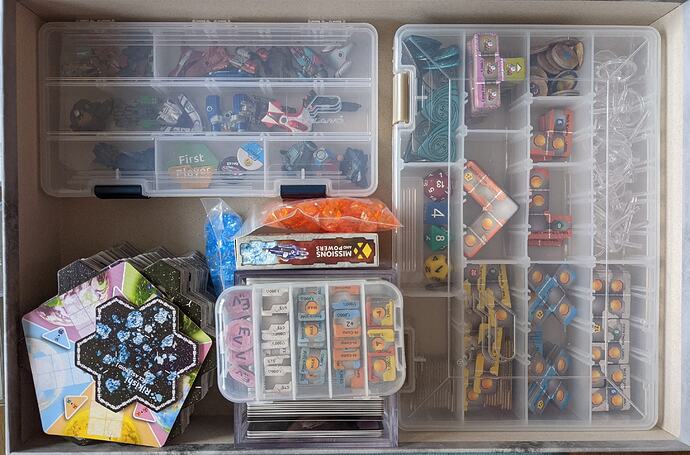 I think Flamme Rouge is the only game I’ve made an organiser for. 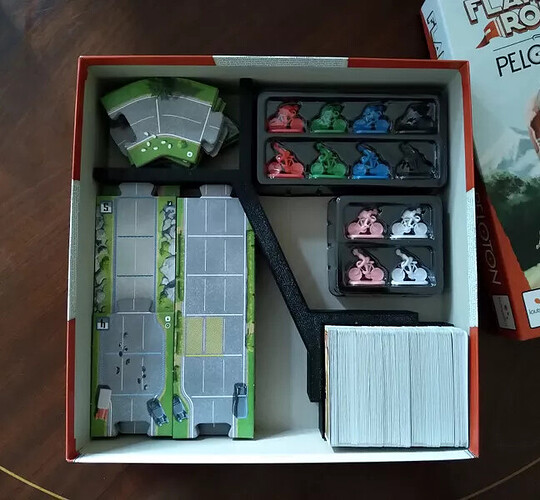 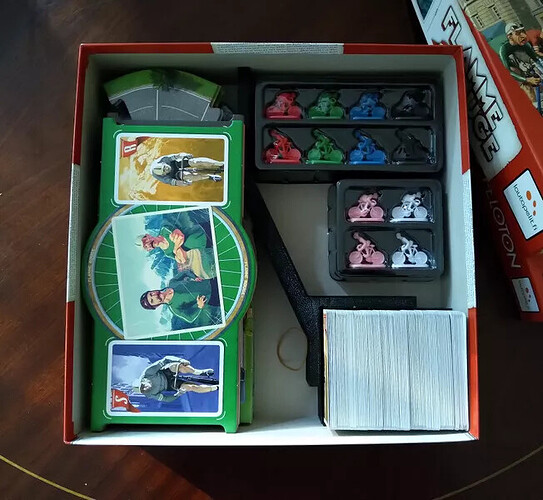 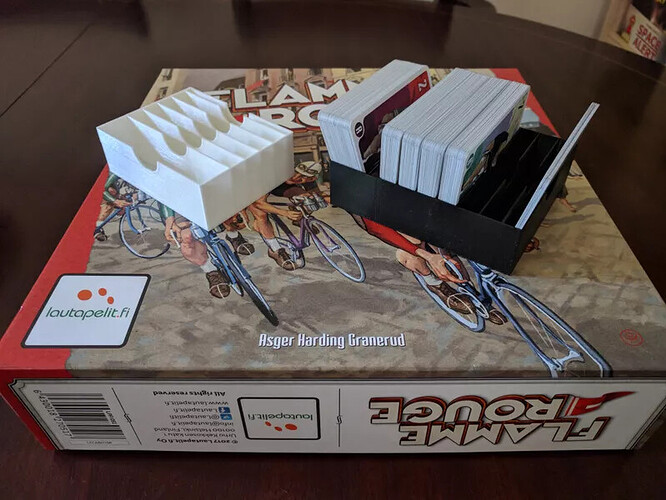 You can still get some folded space inserts here:

Games Lore still seem to be stocking them as well. They just got some new ones in this week.

The only wooden inserts I’ve bought for any game are: Marvel Champions and the expansion box.

From these guys: Items for sale by cph-laserdesign | eBay 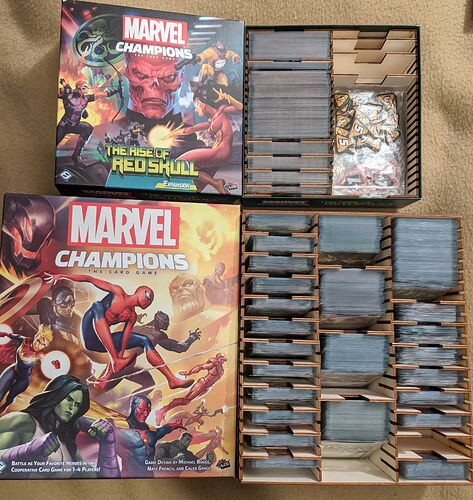 The wood actually sticks up over the main box height a little, so that the cards can be vertical, but it’s SO worth it to have heroes and aspects all separated: 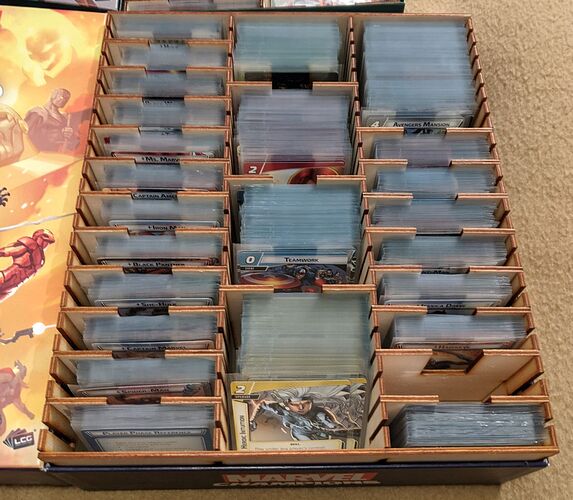 And the expansion size frame is horizontal and fits perfectly (I keep all the Villains in this box) : 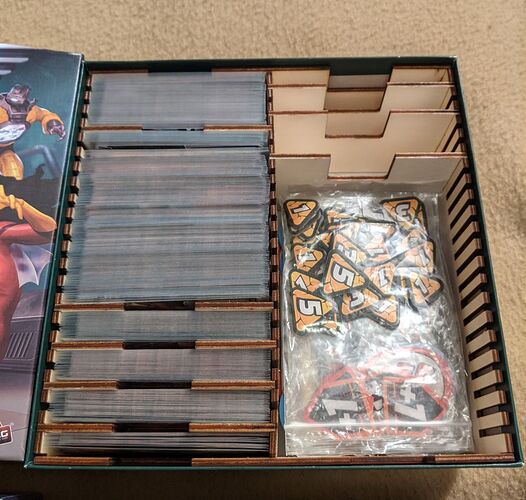 If anyone who collects serious amounts of CCGs / LCGs has tips for storage, let me know. Even neatly like this, I’m already at max capacity using these boxes (I’ll get a bit more space when Galaxy’s Finest expansion comes out in April…)

I feel as though up until recently (probably the last year or so), I had been looking at “off brand” 40W laser engravers/cutters on Amazon. I can’t find anything comparable now, which is sad because I was planning a dedicated space for one in my garage (with a proper fume vent)

EDIT: I guess I should have checked again before posting that. Just went and looked and it looks like perhaps they’ve gotten more stock in since the (likely) Christmas rush.

Yeah, I’m Very Interested. Looks as if they’re all based on more or less the same 40W laser tube, and most of them seem to need a special Corel Draw printer driver…