Anyone fancy this? Cooperative, hand management, variable player powers, up to 5 players. Timely because the KS for the first expansion is running until the end of March, so if you’re wondering whether you want to get into it…

I’ve broken down the TTS mod so card images won’t be a problem.

I’d definitely be interested. It’s a game I seriously considered buying when I first heard about it (looks like that was probably The d6 Generation episode 128 in 2013) but never quite pulled the trigger on. I suspect Marvel Champions has now filled that spot in my collection but I’d love to try it.

I’ve only played this in the Steam App and it has been a while, happy to give it a go, I haven’t got anything going on PbP at the moment.

Ok, one more slot, another if I don’t play (I don’t mind either way).

Looks like four of us then. Any preference on heroes? They’re all about the same power level, but in increasing order of complexity:

(Or, for people who don’t know them, you could describe a style of play, support, direct damage, etc., and Lordof1 and I can see what seems to fit.)

As for villains, the obvious choice would be Baron Blade who’s the simplest and weakest of the opposition - but again, any preferences?

Having never played before, I’m happy with Baron Blade as the villain. I’ll take Legacy as my hero, please.

Well I’m an old hand so I’ll give the Argent Adept a go. I’m happy for the Baron although I’m keen to try others, let’s see how this works first. 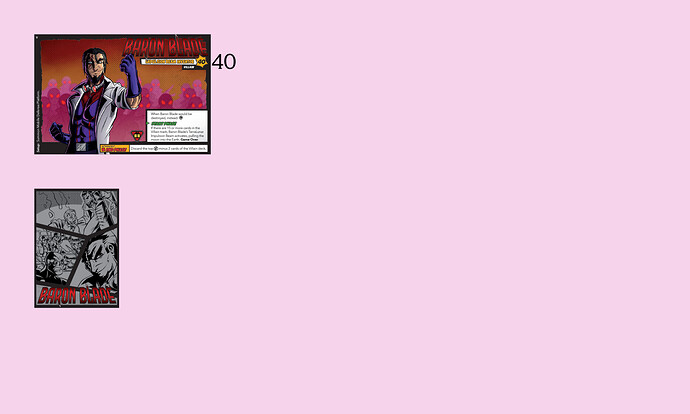 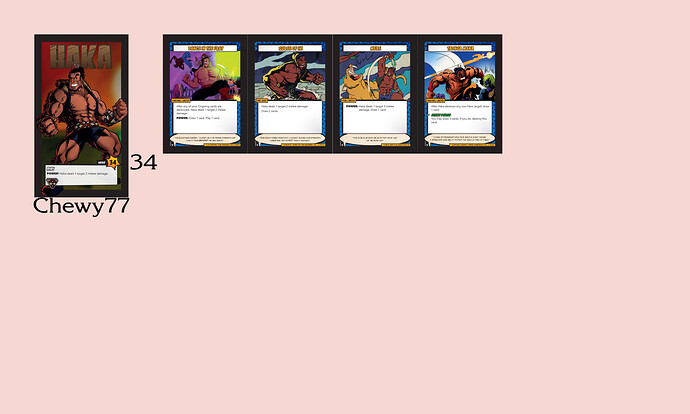 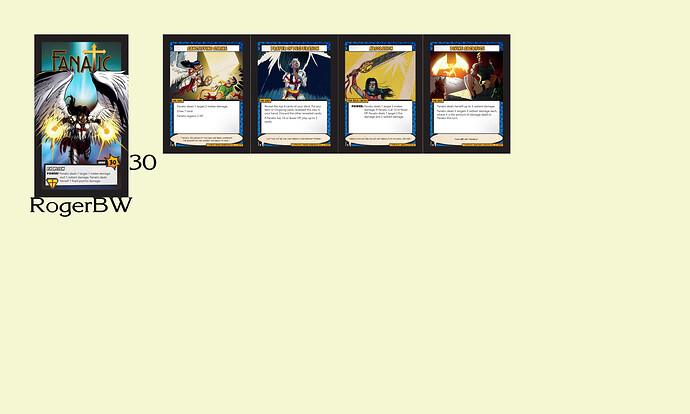 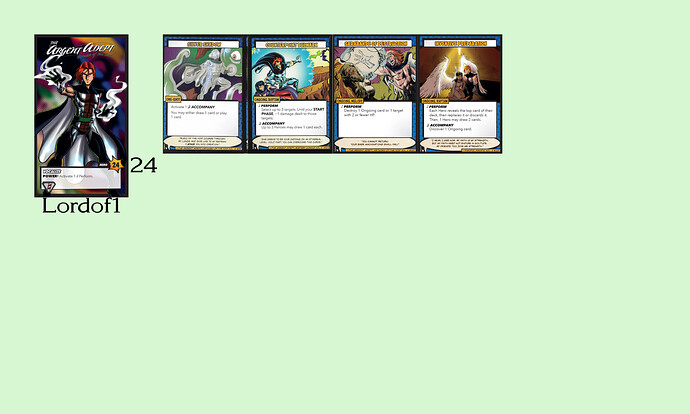 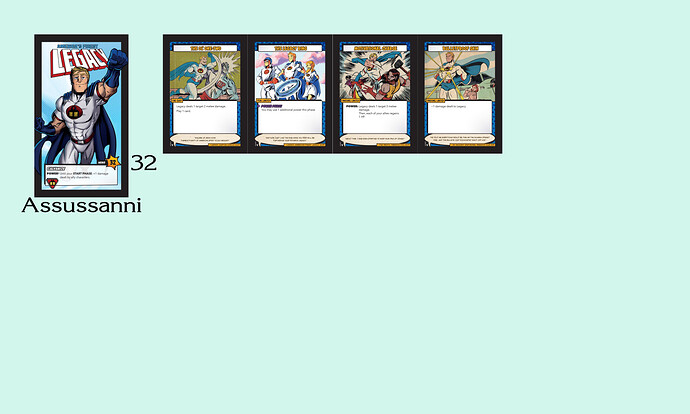 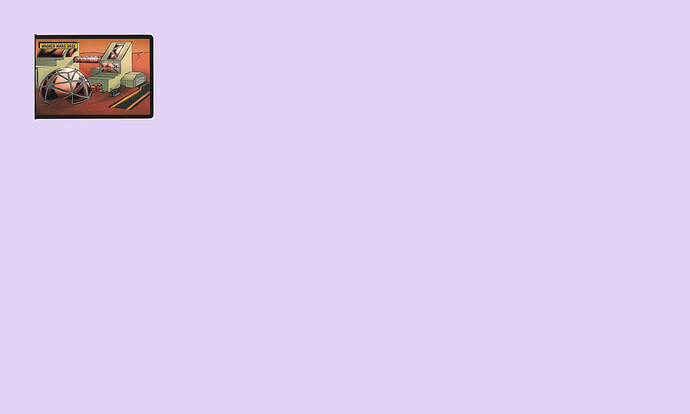 OK, is that fairly readable to everyone? (I’m thinking of running with open hands because it makes things simpler at my end and I hope we don’t have any alpha-gamers here.)

Edited the first post to include a rulebook link. I particularly commend to your attention the special terms on pp. 15-16, and in particular:

Oooh, Fanatic, noice!!. To read the cards I need to double click on them on my PC, which is fine.

People say that Fanatic’s frustrating to play, and I’ve been playing The Wraith a lot lately, so I thought I’d give her a try.

This is in play order top to bottom, by the way. I’ll try to lay out the phases at least at first. 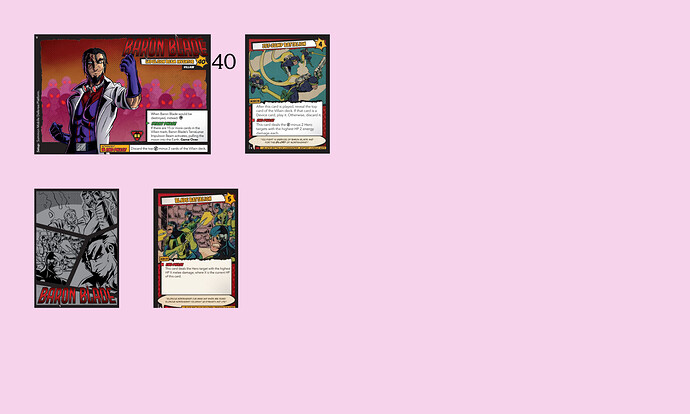 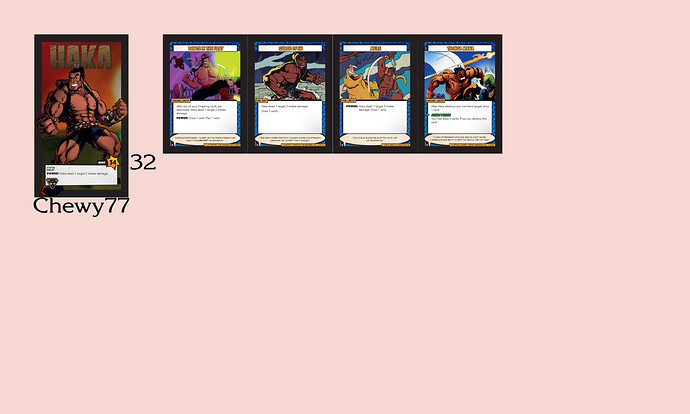 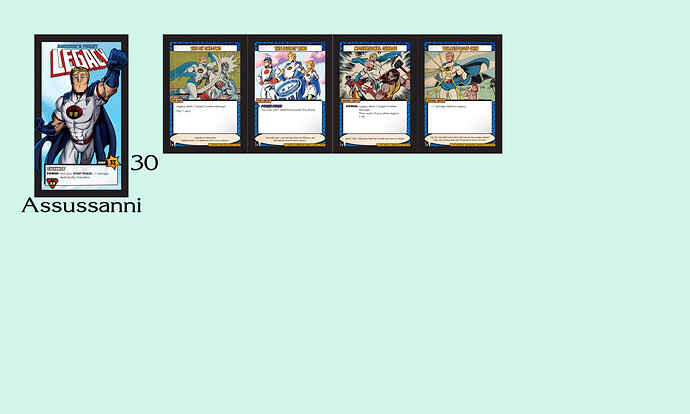 Twice the moons, twice the fun.

I will open with drawing Mere. Do I use the power before seeing what cards it draws?

EDIT:
Btw, I am enjoying the cards design, they are different than the ones on Steam

This is the new DE artwork.

I think things generally happen in the order they’re listed - so (play phase) you play Mere, then (power phase) you choose to use Mere’s power, you pick your target for the 3 points (Jet-Jump or the Baron himself), the damage is done, then you draw the new card.

Fair enough, I could not remember from the top of my head 100%, thanks for clarifying. I have to play it tonight, I love that game.

I will target the Jet-Jump Battalion with Mere, thanks Roger.

I’ll post an update in a moment but it’s my play next.