None Dare Call It Timeline

But that’s clearly what it is: arrange a series of historical events into order, though without the card choice of the original.

I keep getting in situations where the event I’m placing turns out to be, for example, 1782 and I already had a 1779 on my timeline and I put it on the wrong side. If I could get events more than 5 years apart I could probably go longer. Though there are the occasional ones I just have no clue.

I managed 15, only because I had a lot of events far apart (iPhone 11 Vs founding of the first Egyptian dynasty) 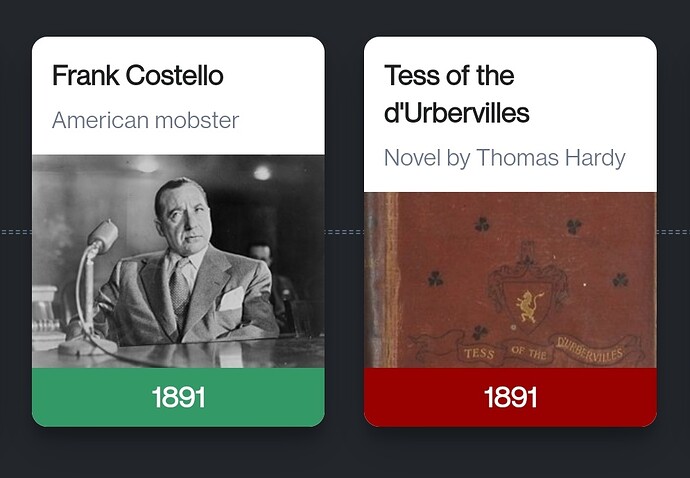 Yeah… I’m going to need this as an Android app

They probably have a date, too, right? 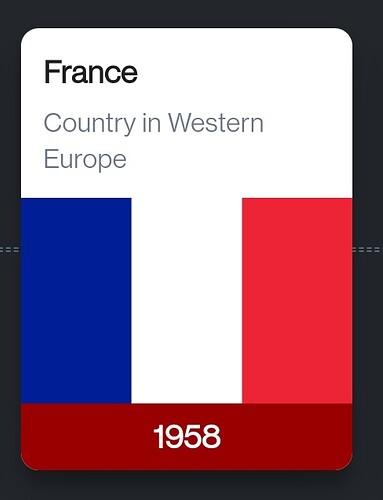 One of it’s foibles, apparently for two events in the same year, whichever one you get second has to go on the right or its “wrong”.

I just found myself metagaming it, guessing unknowable information by the type of description, or quality of the picture. Sometimes it even gives a free shot, like this: 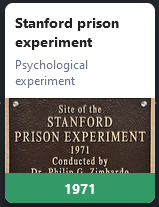 Some of the information, though, is just a bit wrong, or vague enough to not be able to tell what they’re asking, like how both Italy and France were “created” after WWII, or how they just put all New Testament Biblical figures as being born in 100 BC, which would have all of the Apostles living 130-190 years

Still, an exceptionally functional interface for what it is

Though I do wish they’d have an option to remove individuals, as they don’t tend to be recognizable outside of a very specific audience (I’m an American, and I didn’t recognize any of their “American” people

(for anyone wondering, my best score is 16)

Holy Moley… thought I did well with 9!

This is where concepts like countries show that they are social constructs. Which one do we consider the founding of France? When Clovis became King of the Franks? When Charlemagne split his land and it became West Francia? When one of the Capet kings changed his title from King of the Franks to King of France? The French Revolution? And in this case, the Fifth Republic?

Yeah, it’s all fun and games until you get an entity which changed its name/reformed/reorganised/merged etc. Then you’re at the mercy of whatever the question-setter’s opinion is.

As if France didn’t exist before the fifth republic. 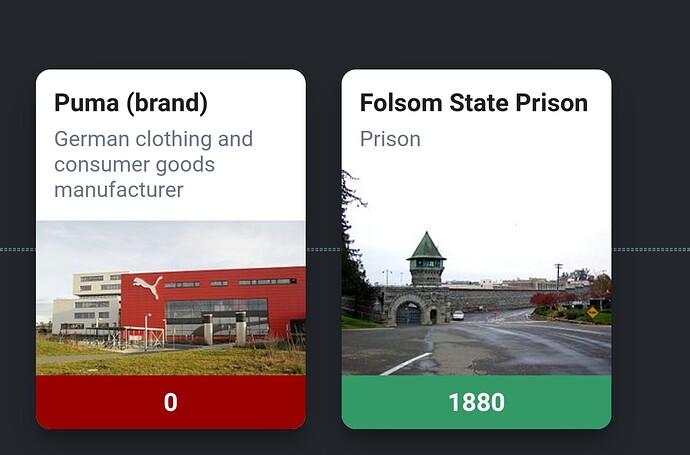 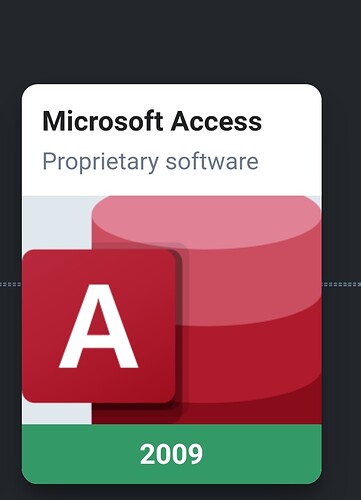 Not only that, but founded in a year that doesn’t exist.
Presumably following a split from Adidas in 10BC.

We all know the rule:

For countries, you use the latest version.
For software, you use the most recent pirated version before they put it on the cloud.

My main interest here is what’s the stack it’s all built in and where did they get the events and timings from?