More secret-Santa-related questions from me…

Are Christmas crackers and mince pies a peculiarly British thing? I’m sure I’ve heard this before (and obviously been astonished/horrified). Does anyone know whether crackers are a restricted item for posting overseas?

To make this more general - do you have any very local Christmas foods or traditions?

Crackers can only be sent in their complete made-up form and in their original retail packaging .

Does anyone know whether crackers are a restricted item for posting overseas?

They’re definitely not allowed on passenger flights to the US! Just saw that one on Jeopardy.

I don’t know about local but we always have a strict rotation of meals every Christmas.

Christas eve - baked camembert and random party food bits from the supermarket. Don’t know why we started doing the latter but everyone seems to enjoy the weird selection
Christmas day - obviously the full roast dinner. This year we might have to do some pork for my wife as her taste still hasn’t come back properly (a year and counting) and chicken/turkey doesn’t taste quite right.
Boxing day - Boxing Day pie. Left overs in a hot water crust. Absolutely amazing.
Day after Boxing Day - Turkey casserole. The left over turkey, bread sauce, gravy and sausages (more sausages often bought for the occasion) simmered together with a pastry lid. My wife’s favourite meal at Christmas and it is going to hurt if it doesn’t taste right to her.

I don’t know what Christmas crackers are or mince pies.

So definitely outside of my cultural traditions.

So we have Lebkuchen which exists in a variety of forms some of them more like Elisenlebkuchen or Nürnberger Lebkuchen some more like Honigkuchen. I haven’t found time for baking in recent years but Christmas “cookies” are really traditional. I have probably previously posted some recipes. Or pics. Lebkuchen are the most well-known I would say and Zimtsterne and Vanillekipferl. Ather important sweet Christmas snacks include Dominosteine, Schokonikolaus (chocolate santa–except nikolaus is the guy from Dec 6), anything marzipan, weird christmas chocolates sometimes with unholy fillings like cherry jelly (I hate cherries). (I am going to the grocery store later, anyone want pictures?) Oh and I almost forgot Spekulatius.

Dinner is traditionally goose on Christmas with Knödel or Spätzle und Rotkraut. Or possibly Reh/Hirsch (game).

However a very important tradition for many people is having Kartoffelsalat und Würstchen (potato salad and some wurst) on Christmas eve because it is easily prepared amongst the other stuff that needs to be done by Christmas day.

Feuerzangenbowle. Just don’t ever make it in a room with a low ceiling. It’s definitely a fire hazard.

Oh and at the Christmas markets obviously we have all the typical streetfoods. Sweets that are sold there include Schaumküsse (which we recently debated), nougat and marzipan, Christmas cookies, Magenbrot (my favorite–a type of lebkuchen I would call it) and gebrannte Mandeln. Possibly roasted chestnuts.

If I were to send a package of typical German stuff for Christmas it would contain a bunch of Lebkuchen, Dominosteine and Spekulatius. Maybe some Zimtsterne as well. (Those are easier storebought than homemade) 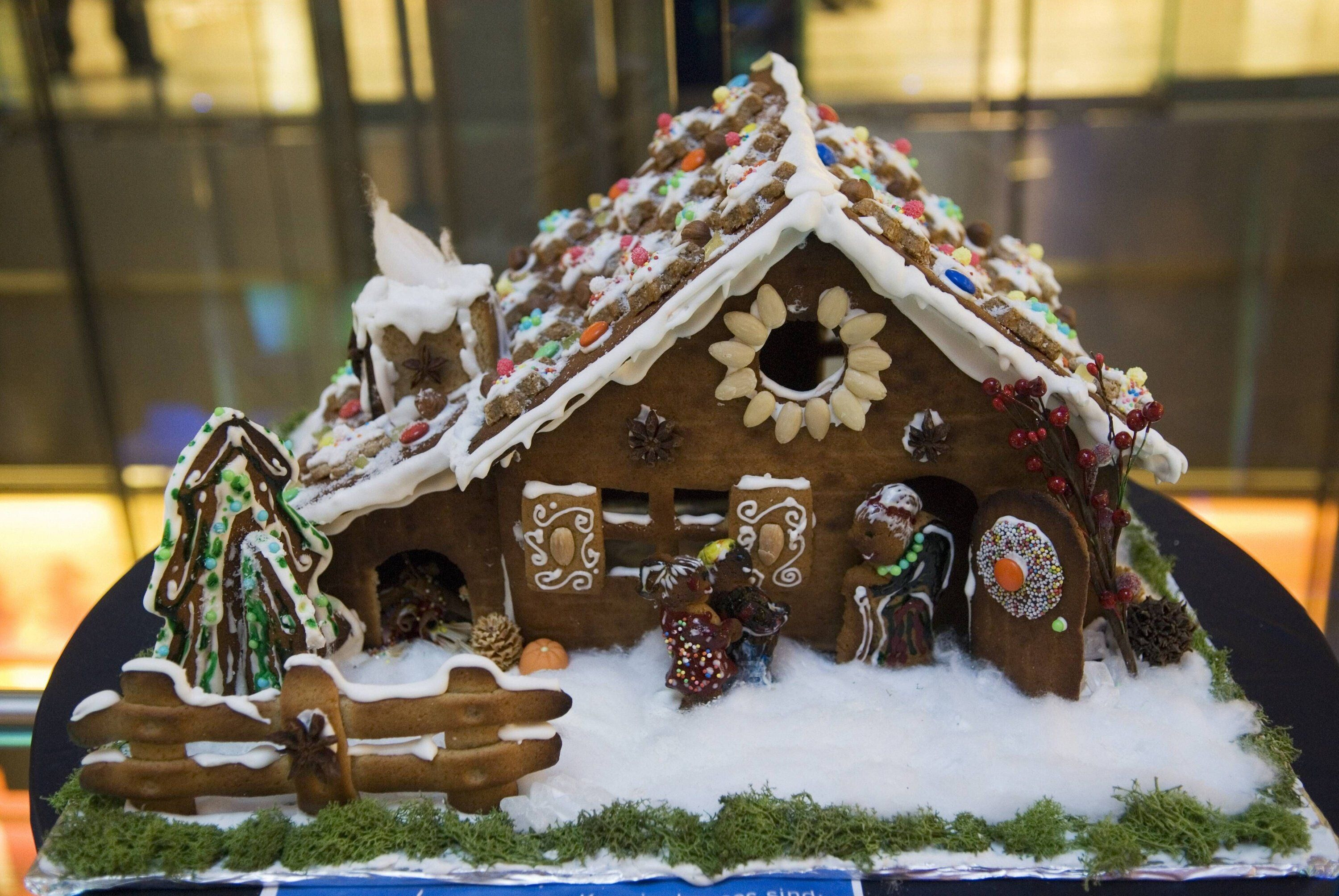 Mince pies are a sweet pastry pie (single portion) filled with spiced fruit and various amounts of booze (usually brandy). You can have them warm or cold, with cream or cream with booze in.

I hated them as a child, but love them now.

I don’t know what Christmas crackers are or mince pies.

This slightly surprises me, because the standard second-order knowledge about Christmas traditions in the UK (first-order is “it’s always been like this and everyone else is weird”) is that most of them came over with Prince Albert of Saxe-Coburg and Gotha. But crackers seem to be a mid-19th-century London invention originally, that was then spread to the Commonwealth.

As for mince pies, here are reviews of commercial ones: Aiee! Run From Kelvin's Brainsplurge!: MincePieFest 2022

I still don’t know what crackers are? Are those these pull-apart things that explode? I have heard of those. But I thought those were / are a NewYear’s Eve tradition?

And I have never seen or eaten a mince pie. Until today I thought it was something with minced meat inside and wondered about British people’s tastebuds.

As a Canadian: I am tangentially aware of mince pies and crackers, but only through mass media and literature I’ve had to read in my English degree. I have never seen a cracker, nor consumed a mince pie in 43 years of living here.

Turkey is more common for Christmas dinner than goose, although goose isn’t uncommon.

I still don’t know what crackers are? Are those these pull-apart things that explode?

Yes. It started as a gimmick for sweets and then expanded. Definitely a Christmas thing here, at least for people to whom those are effectively separate holidays; some workplaces these days just shut down for the nominally working days between Christmas and the New Year.

Until today I thought it was something with minced meat inside

Ah, historical etymology! “Mincemeat” is spiced fruit and stuff, the idea probably coming to England with returning Crusaders and the term sticking; “meat” only shifted from “general things to eat” to “the flesh of animals” relatively late, and certainly both meanings were still in use by the 1400s (“flesh-meat” if you wanted to be specific).

(Both “minced meat” and “mincemeat” have at various times been used to mean both “minced animal flesh” and “chopped fruit and stuff”, though modern usage has former as former and latter as latter.)

Do countries apart from the UK have advent calendars?

I forgot Stollen (you wrote it like it is pronounced) … Weihnachtsstollen most commonly from Dresden. Best with marzipan in it as well. I don’t like it much because it is supposed to have huge amounts of raisins in it and usually does.

We absolutely do (have advent calendars). Sometimes homemade ones by parents. Right now mostly chocolate ones are one sale everywhere. But there is also stuff with toys etc. I haven’t bought one in years though. Might be nice though because this year we’re home for the whole advent time.

We’ve got the Exit game one. It was great last year

I think maybe Lutheran originally? I assume a gradual shift from devotional materials to sweeties.

The only one I do is Advent of Code, which is heretical (starts on 1 December rather than the first Sunday of Advent). 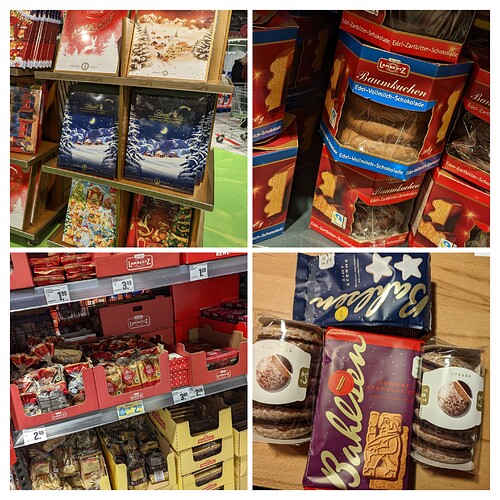 We have 4 of them this year because Aldi is selling them and my partner can’t resist that particular aisle. So, Advent calendars are definitely known in the US.

I’ve met a number of people who have family or friends in the UK and they talk favorably about Christmas crackers brought by said UK folk around the holidays, but I have never seen them in the US.

Plus the Queens speech.

Although us brits have no idea about “Dinner For One”

I was introduced to the VERY IMPORTANT tradition of “Dinner for One” by a German ex-girlfriend, and have since converted many friends to it, but most Brits have no idea what a big deal it is across Germany and Scandinavia.

Plus the Queens speech.

She’s going to struggle with it this year …