Ah, but this is the card game.

Neither have I heard of #199 Imperial.

Mac Gerdt’s best design. Until it was eclipsed by Imperial 2030, also by Mac Gerdts

Next one is: Railways of the World at #126? Never heard of it. But it reimplements Age of Steam so I have kind of maybe heard of that?

Neither have I heard of #199 Imperial.

I own this one. It’s a cross between a war game, an 18xx game and a good ol’ Mac Gerdts Rondel game. I haven’t managed to play it yet, though.

Er, yes. There are only so many subtitles I can be bothered to tap out. I have played BBTMTCG.

So the pattern is obvious: I know nothing about wars and trains.

I got to Macao #312 and couldn’t remember if it was one of the place-named-Euros that I had heard about before or not.

Thinking about it, the way I hear of more unusual titles is via So Very Wrong About Games. I think they have played everything!!

While we’re at it…

Then #35 Blood Rage I feel like I definitely haven’t come across.

On of the early-ish CMON titles. It’s basically a card game with a map and miniatures where you are vikings competing for points to go to Valhalla or something and slowly destroy the map as Ragnarok looms. I played it with the TTS DLC a while ago and it’s not bad, would play again. The minis are pretty great too (had it demo-ed at Spiel back then)

Mostly known for having trouble with the play materials after the kickstarter… and redirecting the flow of water making the favorite beach game into a beige and dreary boardgame (by all accounts it’s pretty good). Seems a bit like Power Grid: The Watering.

Made by the company behind League of Legends. I was always weirded out by the fact that it was not even listed at any of the shops I looked for it after seeing it reccomended by several reviewers. This is because it’s only sold of the website of Riot Games. Cooperative minis is all I know of the game play. I gave up on it eventually because it’s too expensive and I don’t even play LoL

Much beloved in solo-gamer circles. I am very curious about the time mechanics (something something time manipulation). I think it looks ugly as…

I caught wind of this one because of the excitement around its Kickstarter fulfillment and the fact that, in some peoples’ opinions, the retail edition was better than the KS edition (for a few reasons).

I learned enough about the game to learn something new about the English language: this usage of “barrage” is pronounced \ ˈbär-ij \, not \ bə-räj \

Again from Podcasts, Board Game Barrage and SVWAG are big fans of Barrage

Board Game Barrage … are big fans of Barrage

I would never have guessed.

M&M was notable to me in that they went around talking to reviewers, showing them what they had come up with so far and then asking the reviewers how they would develop the game further. This had two effects:

I only played it a coupe of time, but I didn’t like it as much as Twilight Struggle. There’s not much fun with the spatial map since your presidential candidate can just fly anywhere. The media mechanism is very interesting though.

PS: Can I add a second challenge? (Also stolen from somewhere). How many pages do you have to go until you get to a page where you haven’t played at least one game? This isn’t quite as harsh and last time I checked I got into the thousands.

I stopped at page 48, all because I haven’t played Ramen Fury and Mafiozoo, which I both own.

M&M was notable to me in that they went around talking to reviewers, showing them what they had come up with so far and then asking the reviewers how they would develop the game further. This had two effects:

Our group needs to finish this campaign. For a game of its type, I think it is excellent. The chaos is really fun. And since it’s a coop, you dont feel hurt when something bad happens to you by random luck. The programming mechanism gives this illusion of control, only for it to be shredded by the game. However, when it worked so well, it feels VERY satisfying.

How many pages do you have to go until you get to a page where you haven’t played at least one game?

Page 38. I do own a game on that page (On the Origin of Species) but I haven’t played it yet.

PS: Can I add a second challenge? (Also stolen from somewhere). How many pages do you have to go until you get to a page where you haven’t played at least one game? This isn’t quite as harsh and last time I checked I got into the thousands.

I got to page 23. I’m pretty happy with that result. There are 4 games on page 23 that I own and haven’t played yet (including Rook, which I’ve owned for a long time (likely about 2004 or 2005?) but nobody I know likes trick taking as much as I do). I have 3 games on the page ordered and not yet delivered.

Warhammer 40,000 3rd edition is listed… and I’m pretty sure I only played 2nd edition, mostly because 3rd edition came out when I was in high school and none of us could afford to buy new stuff (we were already using homemade cardboard standees for most of our armies).

I’ve also played Smash Up with someone who owns every Smash Up product… so Smash Up: Big in Japan may have been in play… but I doubt it (the odds are very much against it).

It’s interesting that a fair few of the games people haven’t heard of actually got SU&SD video reviews (Through The Ages, Trajan, Making of a President) (Imperial 2030 got a review, so obviously the original was mentioned).

I have nothing on page 38 either (I didn’t make it that far, I just jumped ahead to see what you were up against). I do own Matryoshka, but haven’t played it yet which is a shame because it’s truly lovely to look at and a simple enough premise.

I stopped at page 48

I only know of Paths of Glory because the box is on a LOT of shelves in online reviews, to the point that I’d made a note to look up the game!

Here it is again literally yesterday, about 1/3 in from the right: 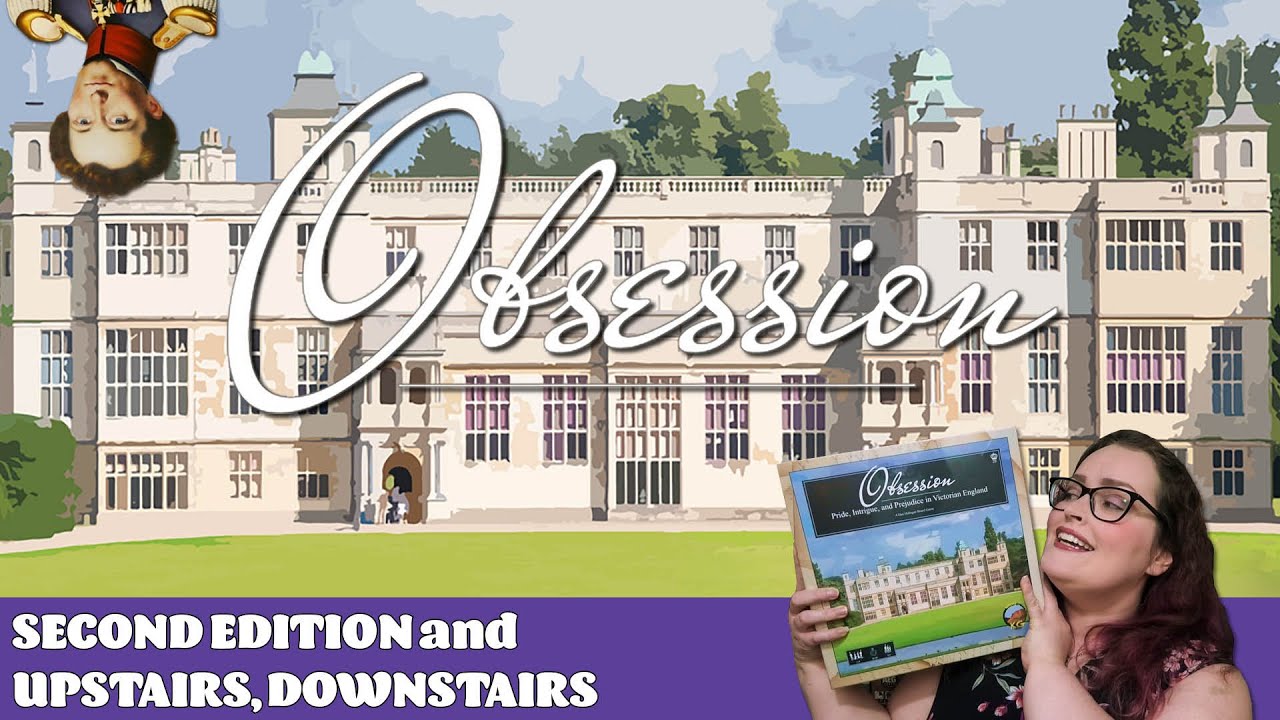 (I also really, really want to buy Obsession when it goes retail in a few months)

I do own Matryoshka, but haven’t played it yet which is a shame because it’s truly lovely to look at and a simple enough premise.

As for the other question, page 42 is where I first don’t have any logged plays, but it has Pathfinder Munchkin which I know we played way back in the mists of time when my friends and I first got into board games.