At work today they were playing The Animals on the radio, their famous “House of the Rising Sun” and that reminded me of Betrayal at House on the Hill for some reason.

Later on, Boney M was on, with "Rivers of Babylon’, and I thought of Tigris and Euphrates straight away. By then I thought, what other famous songs bring up a famous board game? “Immigrant Song” from Led Zeppelin brings up Raiders of the North Sea, or Feast for Odin. “Maracaibo” is the name of a song by a Spanish band from the 80s, La Union, but I cannot think of anything else.

So, I thought I’d bring it up to the Wise collective, what other songs make you think of board game titles?? Any connection will do (I admit my first one was just the concept of “the House” in itself, while the name is linked more directly with the Rising Sun boardgame, but just by the name, not theme really)

At work today they were playing The Animals on the radio, their famous “House of the Rising Sun” and that reminded me of Betrayal at House on the Hill for some reason.

I associate Betrayal at House on the Hill more with Hotel California.

Yes, that song is about a fairy trap, isn’t it? Makes sense. Although I think the House of Rising Sun sounds more ominous, maybe that’s why I related them that way.

They Might Be Giants - Istanbul (Not Constantinople) is an obvious one.

One of my gaming groups loves to sing during games. One of them made a Spotify playlist of the most common songs: 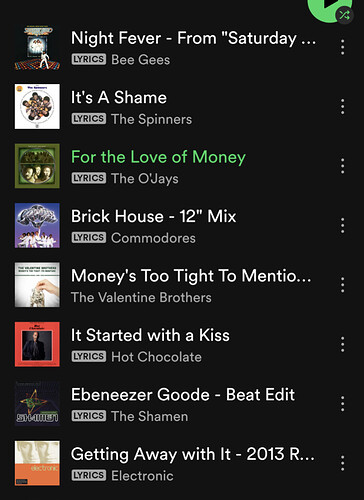 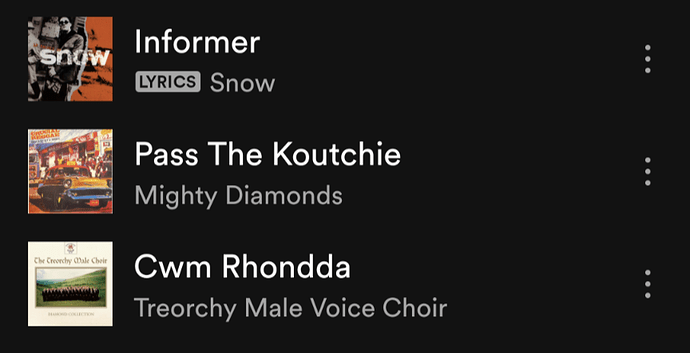 A gold star for anyone who can guess how any of those are even vaguely related to board games.

Both eminently sensible guesses, but no.

I would have guessed Brick House <> Concordia as well.

But more importantly, I am now looking forward to the inevitable Snow-themed boardgame: A Licky Boom Boom Down – The Board Game, a hidden role game about trying to find The Informer.

This has now made me think of the alternate question: What songs would make good games?