A War of Whispers (TTS, tonight)

I’ll be getting together with @KIR2 of this parish to try out A War of Whispers this evening on Teamspeak + TTS (the mod is really good). 2020-05-21T18:30:00Z It takes up to four players. If anyone else would care to join us, drop me a PM and I’ll send you details of the Teamspeak server.

My two-player game last night took two hours, but it was the first play for both of us so we had to look things up rather than just answering each other’s questions. I don’t think a larger game will be noticeably slower.

Im in! I’ll check out what Teamspeak is

A voice service, basically. Built-in voice in TTS has been broken in Linux for a while; the other advantage of having a separate server is that you can coordinate getting into the game before you actually arrive in the TTS server.

Unfortunately, I’ll be engaged in a War of Whispers myself, but instead of wrought from cardboard, these whispers will be composed primarily of work tasks of the highest quality.

I would love to see an after-action report or, if feasible, take a spectator’s seat?

More reason to invest in TTS. Waiting for a sale price though. Figure it’ll probably go on sale the moment no one needs to stay at home anymore.

Until this started it had been going on sale 2-3× per year. The other thing you can do if you don’t already own it is get a 4-pack with three other people, for a slight discount.

Yeah, my friends and I have been debating going in on the 4 pack. Apparently it was just on sale in March or something. So far, we are waiting.

Some screenshots from the game… we were a little slow starting, but I’d say it wasn’t much over the hour. 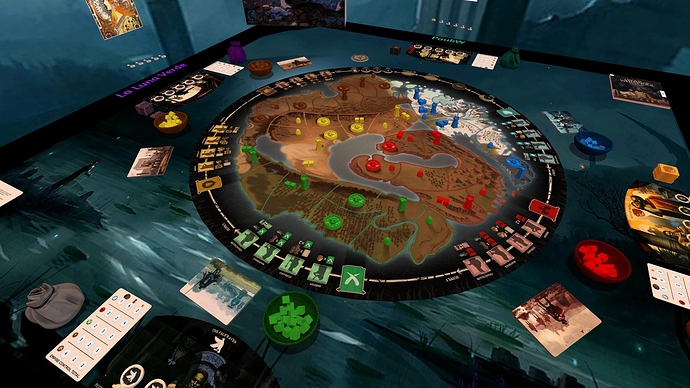 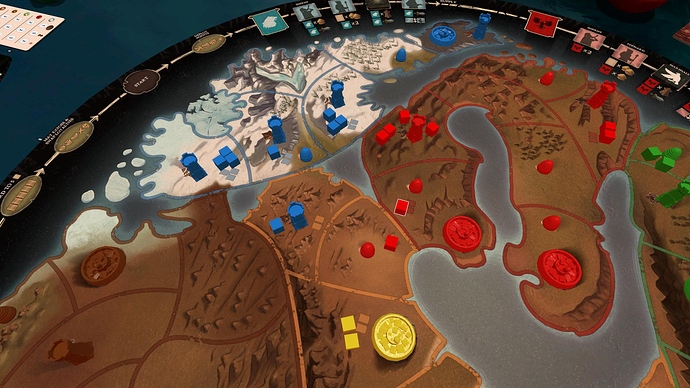 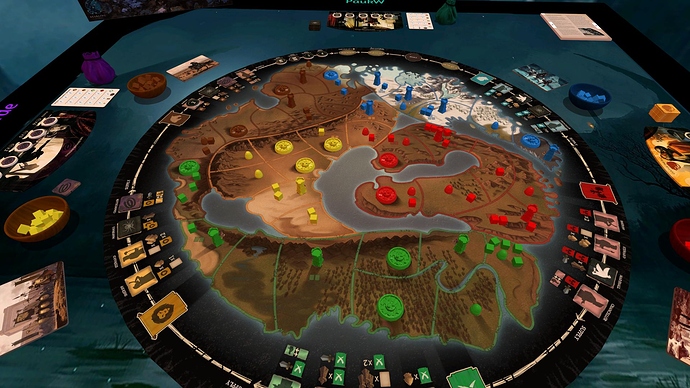 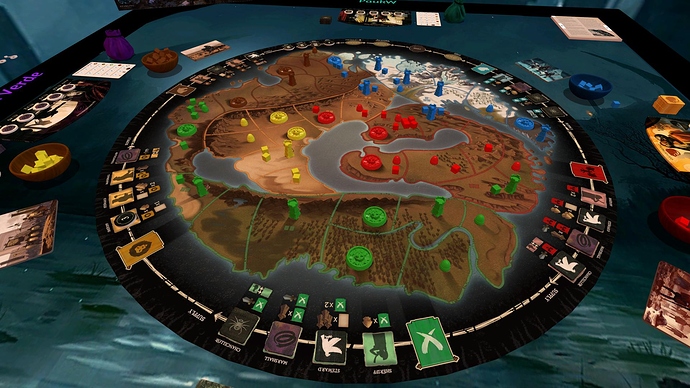 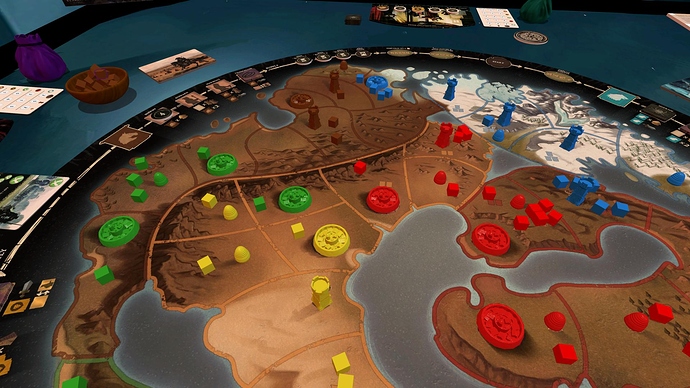 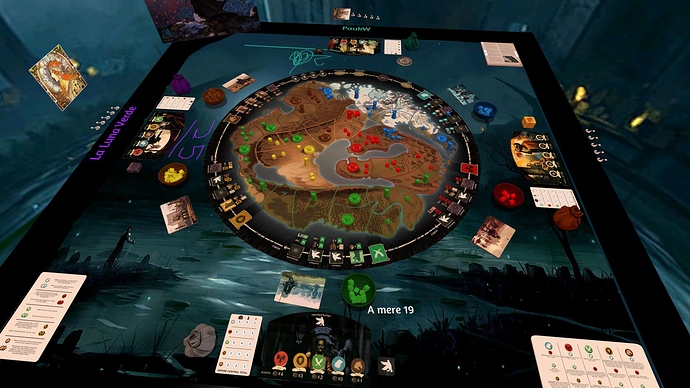 Thanks to all the players for allowing me to spectate the game! As a spectator, I wasn’t privy to any secret information and all three kept me guessing what their allegiances were throughout the game.

Well, perhaps with one exception; I thought Roger played in favor of Red rather heavy-handedly from early on and was convinced until the last round that it was a bluff. But, in actuality, this game just doesn’t provide enough time to mess around with bluffs and feints. Once he revealed and swapped his second(?) and forth(?) (I may not remember that correctly) tokens did I re-evaluate his positions and realize he had Red in first position.

I do have to admit, this game went from “mild interest” to “hmm, maybe I do need more cardboard in my life…”

I think it may have been 2 and 3 that I swapped; blue was certainly on zero for me from the start of the game.

In last night’s game with @Lordof1 I played heavy-handedly for red when my #1 was actually blue. So I may have been trying not to repeat my effects.

Ahh, yes, that sounds more familiar. And it explains my thought process more: I figured you had Red in either of those positions up until you revealed them.

I would also add that both KIR2 and lalunaverde had me completely fooled; I did not foresee green being their first position at all and it wasn’t until the last round that their green-motives became clear (to me, at least)

EDIT: (hmm, did I remember incorrectly? Did lalunaverde swap Green into first position or was it already there?)

I really enjoyed it. Early on I didn’t feel the need to do anything to help myself since the others were reinforcing green, and blue start quite strong. So I was just trying to mildly weaken my worst factions for later whilst trying to not make it too obvious. Yellow and brown had it pretty bad anyway so I was happy with Green blue and red.

When the others flipped their yellow into stronger positions (when that was my worst faction) I got spooked. I should’ve held my nerve since I had the mega card play to completely trash yellow with little chance of a comeback, but I thought maybe they had something up their sleeve. It worked out in the end building a mega blue army though! I didn’t think it would be enough with my worst faction having so many bases, but fortunately Roger helped me with that.

It was really interesting how it’s 3 rounds of slowly setting up for some huge turns on the 4th round. With 4 players I think it would change a lot since there’s going to be less of a chance that the game will naturally fall into your favour as it did for me tonight.

I think what won the game for me was taking so many cards in the early rounds. That really gave me the leverage for super strong moves in the 4th round. Without this, yellow would have been much stronger and Luna would have beat me, and probably Roger too. And if the game had swung against me early on I might have had to get more involved in the map.

In terms of the TTS mod, the building counters were SO USEFUL. I couldn’t imagine trying to read the board with cubes everywhere!

In terms of the TTS mod, the building counters were SO USEFUL. I couldn’t imagine trying to read the board with cubes everywhere!

Yes (and I think Matt mentioned this in the SU&SD review) - I’ve ordered the standard rather than the Collector’s Edition, but I plan to 3d-print a set of those city/fort/farm models.

How many cities do you think you’ll need in each colour? 5?

EDIT: Oh nvm, in the physical game the cube sits inside the city?

Nah, just be sure to print out some LUA as well so you can script the color

Well, it’s something like 12 cities, 13 forts and 12 farms on the board, so in the extreme case you’d need that many in each colour.

But yes, another approach would be to make the pieces with cube-holders in them; and if there’s no cube, it belongs to whatever faction has that as home territory.

But yes, another approach would be to make the pieces with cube-holders in them