What Podcasts Are You Listening To?

I think I’m not the only one who is missing podcast time due to not commuting.

I always seem to have 15 casts downloaded to listen to, which fills up my phone, or I’ve listened to everything. Never in between.

What do you listen to?

Other than new episodes of SU&SD, NPI, or The Adventure Zone, I’ve mostly been working my way through Pod Minutes to Cast Night. It’s a spin-off of the web show Two Minutes to Late Night, which is a metal parody of a late night talk show.

The intended premise is that they pick an album that’s generally considered bad and they try to find good things about it. Mostly it’s them going on random tangents and making jokes.

I never listen whilst commuting but often do when I’m working, so the current situation has reduced consumption quite a bit.

As well as some of those already mentioned (Rule of Three is a delight and No Such Thing as a Fish is generally amusing) I particularly enjoy The Futility Closet Podcast, The Grognard Files, The HP Lovecraft Literary Podcast, Voluminous: the Letters of HP Lovecraft and, in an act of gratuitous bootlicking, Improvised Radio Theatre with Dice.

My 1-year-old just came out the other side of a phase where he’d sit awake for an hour or more at a time in the night. Listening to episodes of the A World Where scifi podcast kept me entertained. Although they probably also kept me awake…

The only comparison I can make is to Black Mirror: Genrally near-future science fiction with an edge that can make you think or laugh in equal measure. Clever use of binaural sound effects too, especially in Augmentation.

Well, there is only one podcast really, and that’s Wittertainment. Two middle aged men who know each other far too well bickering for an hour or so. Oh, and they review movies. But, that’s really secondary.

I listen to No such thing as a fish for random (often rude) strange facts, which is often entertaining.

For my weekly horror fix The Magnus Archives is in its fifth season and has been rather wonderful. The first season was the best, but they are all good.

The Adam Buxton Podcast is sometimes excellent, sometimes a little dull. But usually the former! It all depends if you are interested in who he is reviewing. His annual christmas podcast is not to be missed.

The SUSD one is my primary, the one I drop whatever else I’m listening to at the moment to devour as soon as it comes out. Haha.

After that, it’s just two more (was just one more for a long time) and those are Space Cats Peace Turtles, because I absolutely love TI:4 and recently (well, before my commute disappeared) I’ve been listening to The Book of Basketball 2.0

Oh, I almost forgot, I used to listen to Adam Ruins Everything but, I finished it and haven’t yet started his new one.

When I’m not listening to those, right now I just listen to Fiona Apple’s new album and a bunch of Pop Smoke. Otherwise it’s typically podcast > audiobook > rap for my commute.

I really need to carve out some time every day to listen to podcasts and books, since I don’t like listening to them while working, because I don’t pay attention.

I listen to a number of the Economist podcasts and NPR podcasts. Hidden Brain is a particular NPR favorite.

KARTAS and Improvised Radio Theatre with Dice form the core of the gaming podcasts I listen to.

Hold my Order Terrible Dresser just started re-releasing in “syndication” and is an amazing podcast. A “deep-dive history-nerd” podcast on the sitcom WKRP in Cincinnati. If you have an interest in communication technology, social history and medieval literature check it out. Episode 4’s discussion or the Fisher King and the Turkey Working are remarkable.

I also encourage everyone to listen to the Whartson Hall actual plays because, gosh darn it, they’re such a witty and loveable bunch of scamps I just can’t get enough of their shenanigans.

On your recommendaton, I’ve now listened up to episode 5 and turns out Hold my Order Terrible Dresser is delightful. Thanks very much @WolfeRJ .

I’m also fond of the Whartson Hall recordings. The embarrassing thing is that I only twigged about a year ago that the title was a play on words and not a place…

You’re not the only one for whom it took a while.

(The immediate origin of this place was the shutdown of UKRolePlayers and the consequent need for a new home for Whartson Hall’s legion of fan. Well, OK, I offered it to UKRolePlayers as well but they mostly went somewhere else.)

Using the handy export function in my podcast app: 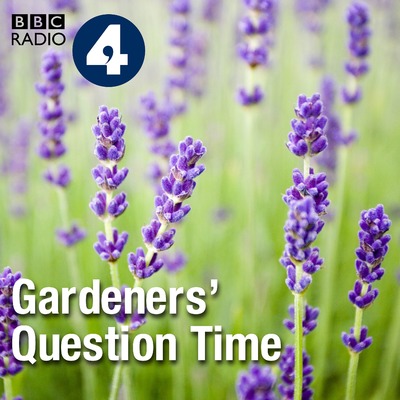 My favourites at the moment are This Game is Broken, Death by Monsters, Reply All, and This Podcast Will Kill You.

@Captbnut I might have to check out Cautionary Tales!

The ones I listen to most are SU&SD, Adam Buxton, No Such Thing As A Fish, Revolutions and GM Word of the Week

A lot of the pods I enjoy have already been mentioned, so here’s one gaming podcast that I don’t think has - Board Game Snobs

How many podcasts (of any variety) are made by a truck driver, a medical professional and a restaurant cleaner? And with humour, charisma, lengthy asides and cheap whisky?

a truck driver, a medical professional and a restaurant cleaner?

Parsing this through they lens of missing an Oxford comma made me chuckle more than I think should be allowable.

@MrJackdaw Indeed! I’m listening to his Ramble Book at the moment too. I agree that the Christmas ones are definitely a highlight, as are his chats with Louis Theroux

I will have to put them in the queue. I’ve had to pare down my podcasting habit, it was getting out of hand. haha

I always think about the Tom Haverford quote from Parks and Rec:

“Podcasts. There are a million of them, and they’re all amazing”