What archaeological artifacts are you finding?

This morning I found a ground-stone hand axe or axe-head on the beach. I was pretty thrilled: it’s my first find. 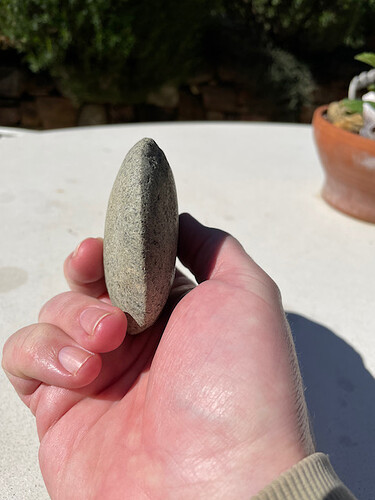 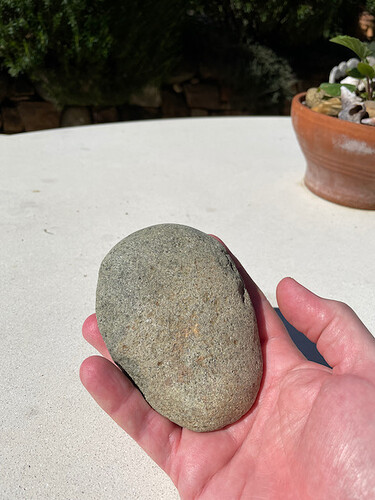 I grew up in Kansas. Arrowheads were a relatively common thing to find in my childhood.

My mom might have them but when driving through the mountains of Southern Oregon We saw a guy hitting rocks with a hammer.
On our way back we stopped and looked and we found some fossils that were there like roughly clams could have been like ruffled potato chips. Pretty big too like 3 inchs or so.

We moved a LOT after this so they didn’t really have a spot to live.
I’d just randomly see them in a junk drawer here and there.
I always meant to grab one to stash once I had a place to stash something.

Not so much an artifact as an adventure: my good friend Suzie was part of this expedition and features in the documentary.

Not archaeological but fossils, we find plenty of fossilized shells on some of the limestone walls in Te Mata Peak, about 10 mins from home.

Poison bottles. I have a friend who digs up old rubbish sites to look for 19th/early 20th century glass, and I help wash them out and clean them. He’s found a lot of green and blue glass bottles marked with a skull and crossbones and “poison” or “not to be taken” embossed on the glass, for storing poisons or dangerous medicines from back then. Also beer bottles, some anonymous, others belonging to long-vanished breweries.
Oh, he finds lots of ink bottles (the 19th century office equivalent of used printer cartridges) but he’s saving those to store his inks and paints in.
The one that excited him most was an art nouveau perfume bottle from a french perfume house that’s still around.