Here’s the list of all operations, with the ones we’ve played so far crossed out. Sources are {S} for Secret Weapons, {R} for Résistance, {k} for Kickstarter extras. At this point, without repetition, we can accommodate any number from 3 to 6. Who’s interested?

(@JGD and I have played quite a bit, but it’s fairly quick to pick up…)

I have never played this before, but it looks really interesting, so if that is not a problem, I would like to try.

That gives us three. Up to three more spaces available.

Rules would be helpful.
https://boardgamegeek.com/filepage/162194/v-commandos-rules-2nd-print

Probably worth having a chat about the rules first; they’re not the clearest. I’m working on a complete rewrite but it’s not ready yet. 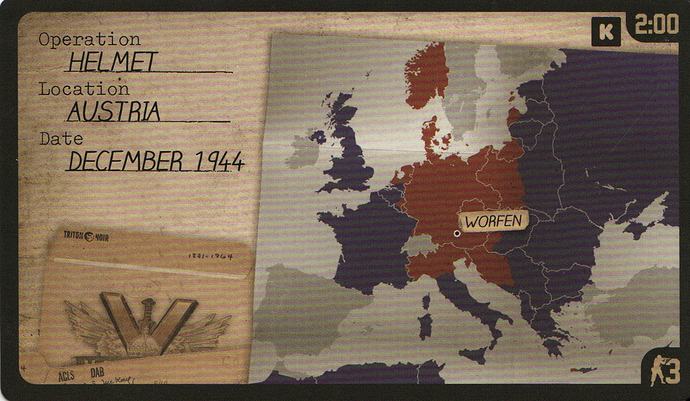 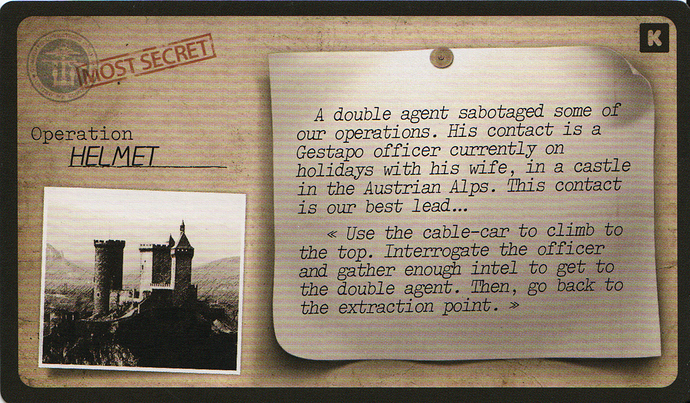 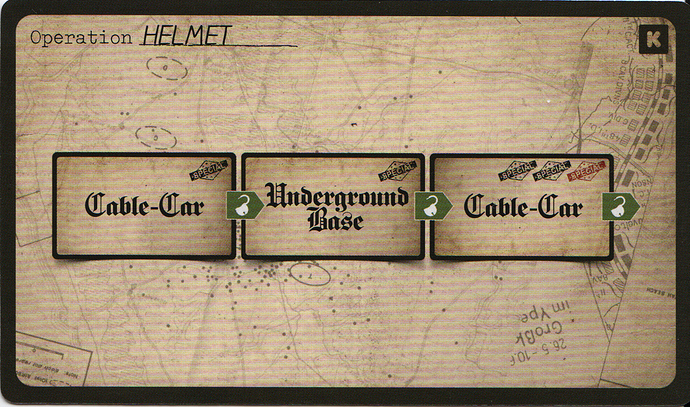 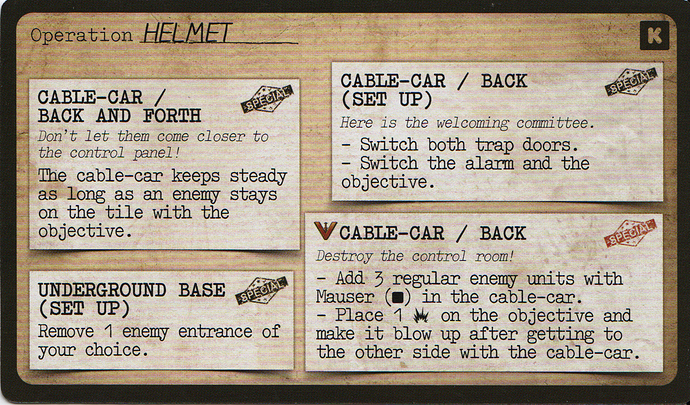 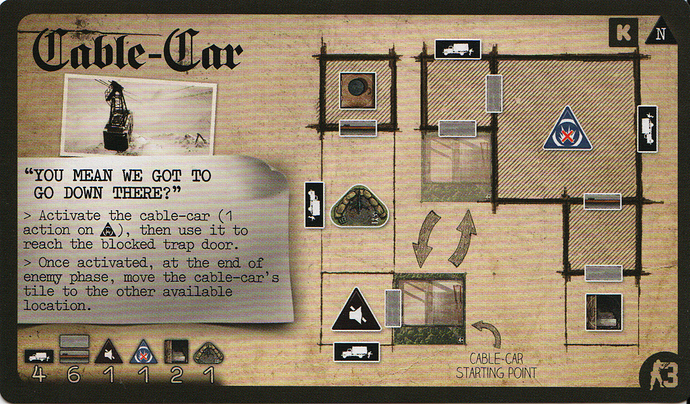 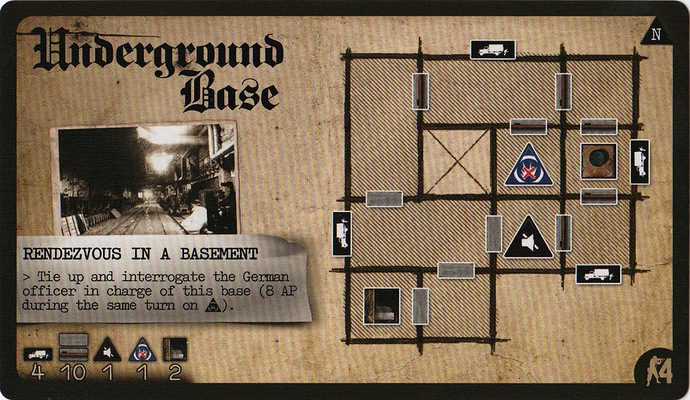 May be incomplete but shouldn’t be wrong:
rules.pdf (85.9 KB)

@COMaestro - shall we jump in, or should I talk about the rules?

I think I have got it, though I may have some questions here and there as we play. Just to be clear, when you are on a tile, you are essentially considered to be adjacent to every other space on that tile, right? So you can do close combat, no matter where your commando or the enemy unit are, so long as you are stealthy and they are both on the same tile?

Yes. The only bit of a tile that’s considered in any way special is a machine gun or Goliath nest, and none of the terrains on this mission has any of those. Apart from that, the fineness of positioning is just “which tile are you on”. You can close-combat anyone on the same tile as you as long as you’re stealthy, and shoot anyone in the same or an adjacent tile. 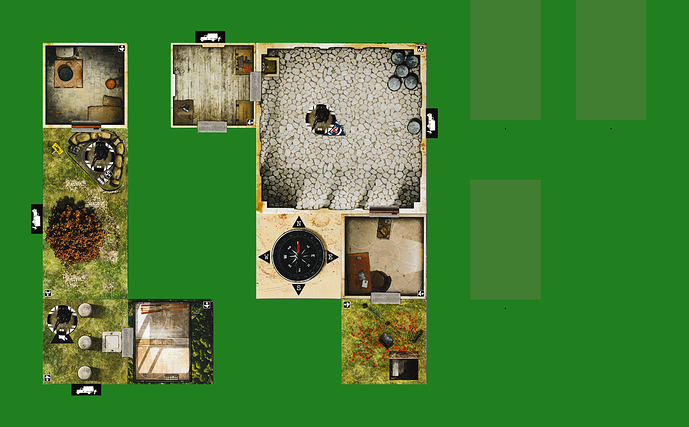 This operation uses core game rules, so available commandos are:

(only one of each name) 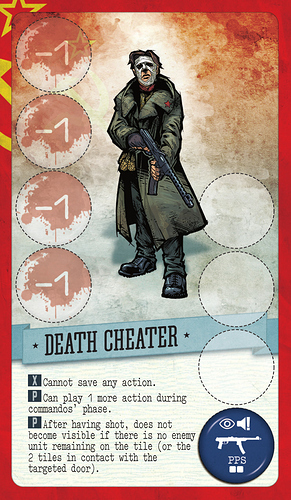 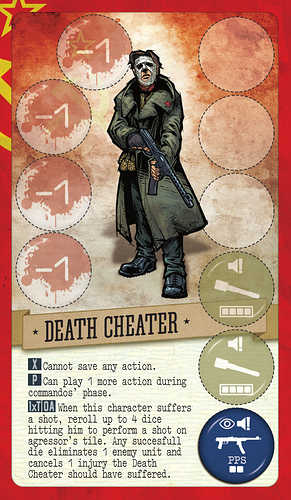 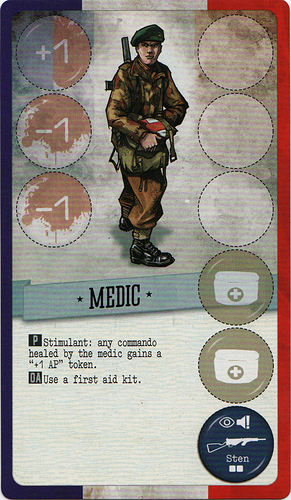 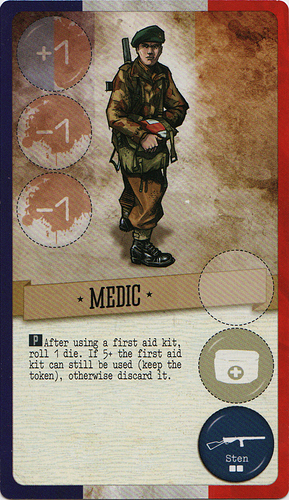 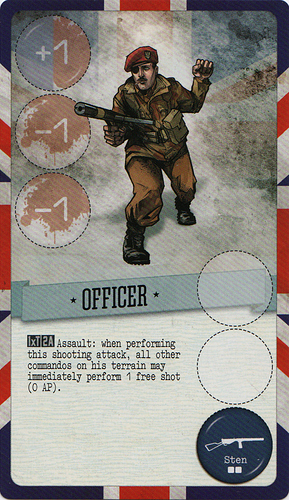 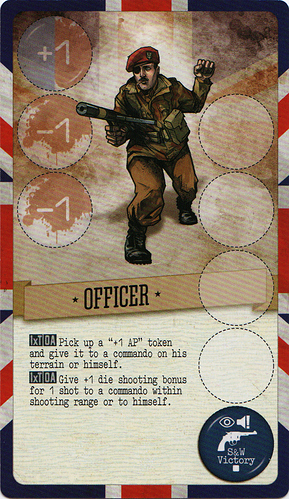 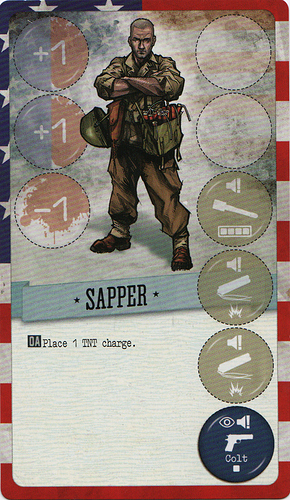 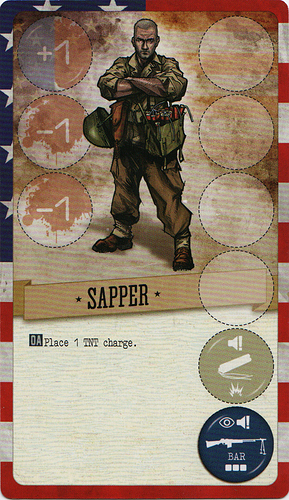 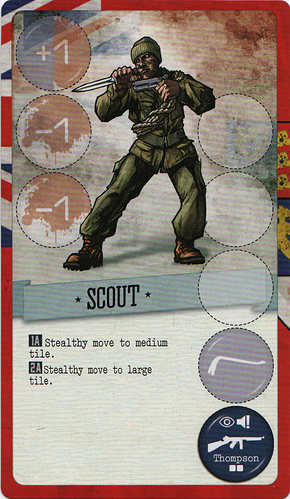 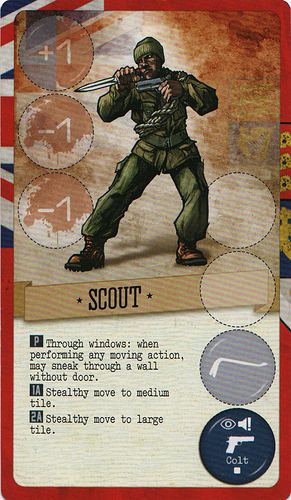 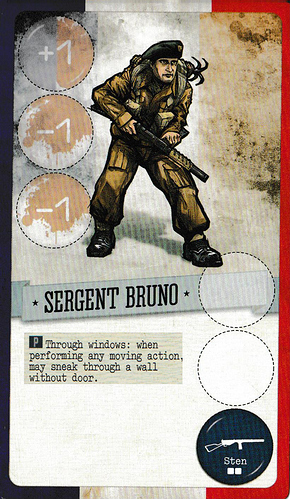 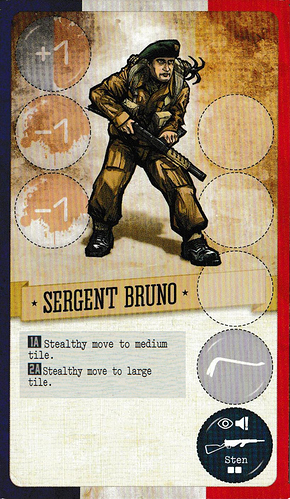 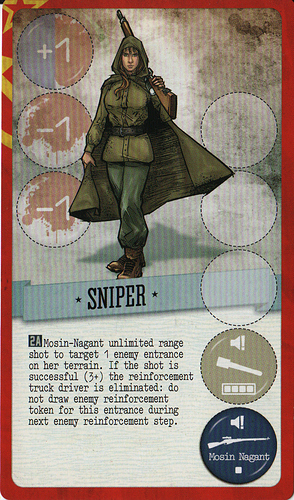 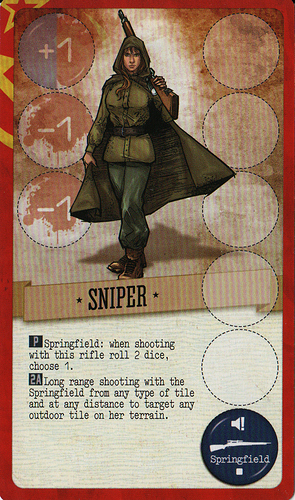 Officer with silenced Sten for me, thanks.

Heh. Let’s make it the triple, then.

Medic gets a first aid kit from the equipment bag. Three enemies are taken out of the enemy bag because they’re already on the board. 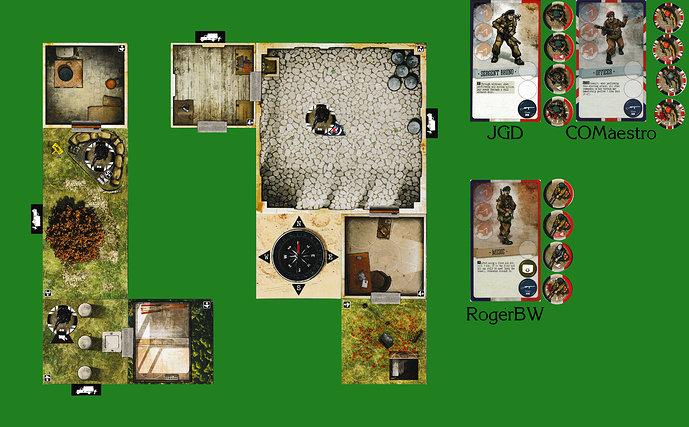 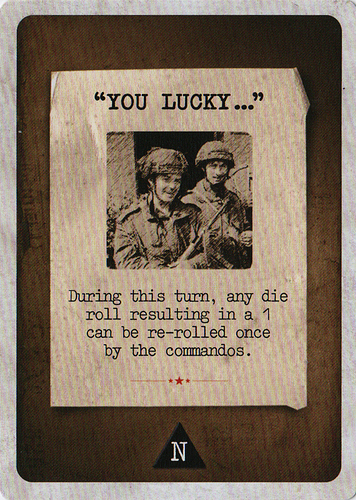 This is where we need a plan. Up out of the trapdoor is 1, move north is 1, save an action is 1, and that’s what I’m inclined to do.

My concern is that the rooms after the first are enemy entry points.

But if COMaestro agrees I’ll roll turn 1 and we can see how things look then.

I’d missed that second enemy entry point, which makes life much more difficult. How about:

Turn 2: Someone shoots the door, then the sentry, has a spare shot, saves. Someone else goes N, activate, S. That gets us the cable-car in the right place. If the sentry drops something useful, the third person recovers it.

Then we need to solve the problem of getting to the cable-car, which may require the right movement from the sentries?

That seems viable; we’ll set off the alarm when we activate the cable car, so we have to survive one turn of alarmed entry (and then, if I’m reading it right, we have to activate it from the objective again to start it moving up).

Depending on how sentries show up, on Turn 2 I can shoot the door and use my ability to shoot and give you both a free shot to hopefully guarantee we get them all, then do the other suggestions for Turn 2.

OK, I’ll run through this in detail for the sake of clarity.
Officer:

and the same for Medic and Bruno.