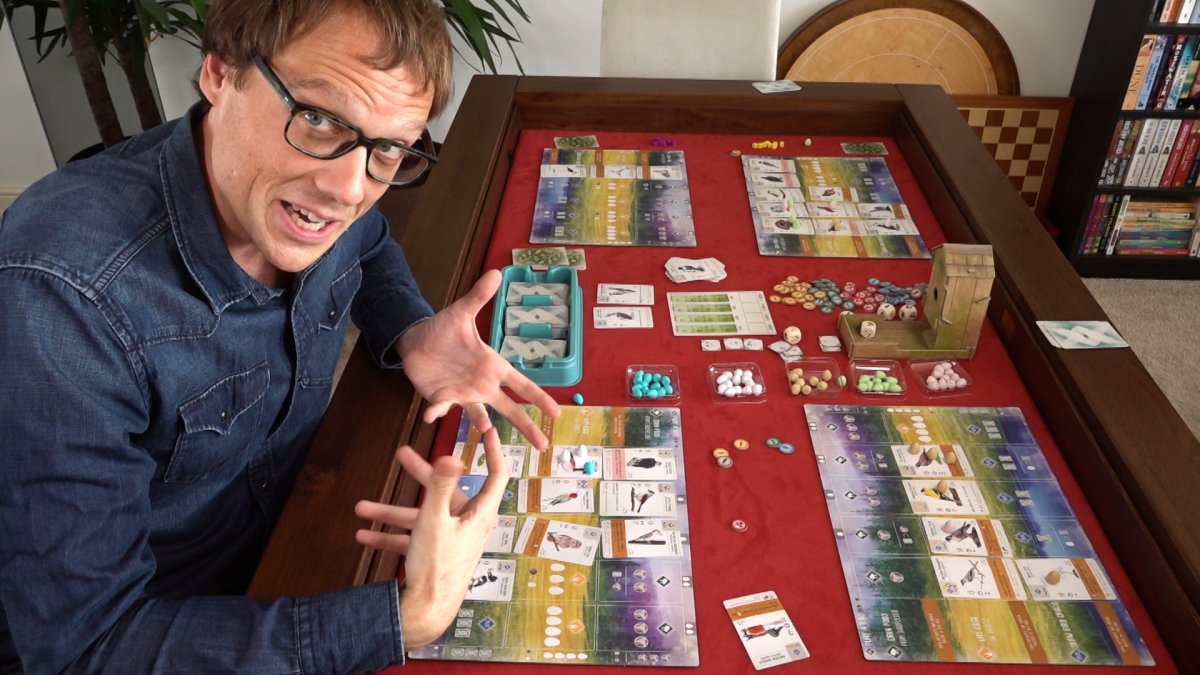 Review - Wingspan - Shut Up & Sit Down

Is it a bird? Is it a plane? No, it's a bird. In fact, it's all of the birds. At long last, after a preposterous 7 print runs in 14 months, Shut Up & Sit Down has published a review of Wingspan. It's the biggest success story that the...

I’d say that pretty much matches my feelings on it.

And on Terraforming Mars too, except for the “gorgeous presentation” part – similarly a theme that interests me, but doesn’t really feel as though it ties into the gameplay. In both cases, if I see friends playing it at a convention I’ll join them, but I wouldn’t get into a game with strangers (or e.g. on a site like yucata or BGA) because the game alone is not enjoyable enough.

The thing I think might be worth adding to the review is that for many non-gamers, the idea that there is a game specifically about the thing they’re interested in will provide enjoyment in itself; they don’t make the distinctions that I think most of us here would, between a theme that just shows up in the components and a theme that’s actually reflected in the gameplay.

Wingspan and Terraforming Mars scare me off for the same reasons. Engine building by combos on top of combos on top of combos, some of which you’re bound to forget until the next player is just about to start and have that awkward “is it alright if I do that thing?” moment. The best engine builders keep it restrained so it’s not purely additive, and you never have too much going on at once IMO.

There’s a problem with engine-builders in particular which is characterised as “runaway leader”, though I think that’s not quite the whole story. Quinns’ example is a good one: I take my turn, I pick up two eggs. You take your turn, you pick up eleventeen food, put down all the cards in your hand, and score two objectives. I take my turn, I pick up two food. The point is not that you’re going to win, though I do tend to feel that games should end when the winner is reasonably certain; the point is that you’ve got more to do and are having more fun, and that may be just because of chance. (And if I resign, that reduces the amount of fun you have, because the fun is in the playing as well as in the winning.)

I only played Wingspan twice - which, for me, is enough. I don’t hate it. I think it’s decent too. But the cards don’t “wow” me, unlike Race, San Juan, Seasons, or Innovation. However, I really do appreciate how appealing Wingspan is to someone who is unfamiliar with it, or to the genre, or unfamiliar with board games in general…

As for Terraforming Mars, I strongly dislike this game.

Now chaining combos is interesting. This kind of stuff may introduce depth, but I don’t really see depth in Mars. Basically, the game is literal cube pushing: “oh I play this card, pay X credits. Increase my plant production by 3 and decrease my electricity production by 1.” like you’re in a practical training course to be Elon Musk’s SpaceX corporate accountant. Nothing I found appealing on the cards at all.

Now Race does the same premise, and it is solitaire, but Race is faster (30mins!) and has a more interesting action selection. You can play those 5 games I’ve mentioned above and people on the other table are still playing Terraforming Mars. If I’m playing a 3 hour game, I got many long games that I’d rather play.

I think that thematically the most important card in Race may be “Galactic Trendsetters”.

Not because it has particularly special mechanics, but because it’s saying something about the setting: not everybody in it is grimly determined that their civilisation shall triumph over all others, some are just out to have a good time. For the cost of a bit of art that would have been paid for anyway and an inventive card title, all of a sudden there’s an illusion of depth to the universe.

It’s handy to have a friend who takes pics of the games you play.

I’ve gone on record before saying that I enjoy Wangspin but I don’t think it’s great. It may be the okayest game in my collection, actually.

After watching Quinns’ review and comparing it to a) the normal deltas I expect between mine and his opinions and b) my own thoughts on the game, the following observations came to mind:

And here’s where I feel I may somewhat attack Quinns’ position:

I really hope this isn’t SUSD’s attempt to further differentiate themselves (they really don’t need to) by posting a middling review of an otherwise well-received game.

EDIT: lost a clause during my stream-of-thought that impacted meaning

Wingspun has very little player interaction and even less actual conflict. The bits of the design that do introduce conflict are the scarcity of resources; e.g. specific cards on offer, specific dice in the bird feeder.

That seems to be the main problem: the conflict isn’t intentional. No one’s rerolling the dice to screw you over, that’s just an accident of them trying something to help them.

Is he recommending this for his mother? Or for a gamer that wants a engine-builder? I’m confused.

He prefaces that recommendation with 3 other recommendations, then calls the theme inaccessible and describes learning the rules as “a nightmare”. I think it’s pretty clear he’s not recommending it as a family-friendly game.

I really hope this isn’t SUSD’s attempt to further differentiate themselves (they really don’t need to) by posting a middling review of an otherwise well-received game.

I think it’s likely a symptom of lockdown. They’ve got less access to new games and groups to try them out with. So instead we’re probably going to get some reviews of games they already played a lot pre-lockdown but had decided not to review.

In terms of the other reviewers I pay attention to, this doesn’t feel like a differentiation as much as jumping on the bandwagon of negativity after the Golden Geeks sweep. (Which, I should emphasise, is my perception based on my selected reviewers; I don’t believe SU&SD are doing this deliberately.)

I think this underlines that the SU&SD team aren’t novice gamers and haven’t been for a long time. The problems with Wingspan are more apparent if you know lots of other games, and may be more readily ignored if it’s the first modern game you’ve played and it looks really good and sure that bit of bad luck was annoying but next time it’ll run in my favour…

My partner prefers games that are random luckfests and your experience will be, largely, grabbing on and seeing where the game takes you. I can certainly enjoy those types of games as well (the less luck, the better).

I think some people prefer narrative to be paired with games like that – I know Quinns does; he brings narrative into just about every game he plays it seems. And Wingspan has 0 narrative; i.e. I’m not surprised he doesn’t recommend it.

All of that (and my previous post) said, he probably feels the same as myself to Wingspan and if he had a house as large as mine (I live in the US Midwest… big, cheap houses is about all we have going for us), he might keep it in his collection – or, conversely: if I had to downsize my collection, I would probably find Wingspan a loving new home with one of the casual/novice gamers that I’ve played it with who’ve enjoyed it.

Is he recommending this for his mother? Or for a gamer that wants a engine-builder? I’m confused.

He prefaces that recommendation with 3 other recommendations, then calls the theme inaccessible and describes learning the rules as “a nightmare”. I think it’s pretty clear he’s not recommending it as a family-friendly game.

Just seemed a strange divergent path that really should have been clarified more.

Very well could have been the sentiment and I missed the distinction (I was, as usual, multitasking; I am not good at multitasking)

I sure wish houses in this neck of the Midwest were cheap.

The new podcast has just been released 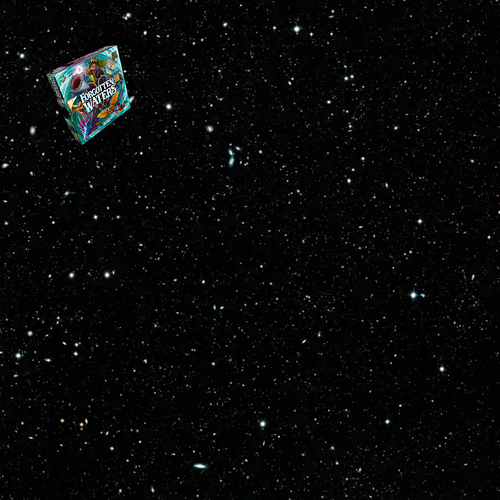 On this week’s episode of the Shut Up & Sit Down podcast, Matt, Tom & Ava sit around in a board game soup, rambling about a series of games that we’ve been playing in the darkest reaches of lockdown - and even go so far as to talk about some…

During which Matt, Ava and Tom talk about Wingspan. They don’t talk about the review in depth, because as Matt explains he ‘hasn’t quite yet seen it’ and although not totally different they all seem to have a kinder view of Wingspan than Quinn’s does.

To be fair to Quinns, they did talk about Wingspan on the podcast a good while ago and they said it was ok but not great.

My wife loves Terraforming Mars but she didn’t like WS the one time she played it.

Actually, I’m surprised they didn’t put that on the box!

Those are called RPGs

You genius. Yes. I need to get back into that. I’m keen on running Blades in the Dark with friends