The most beautiful edition of a game

Every now and then I see a picture of the edition of a game which was released in some other country, and am astounded by just how much nicer it is than the edition I’m familiar with. This might be on account of artwork, general graphic design, or just overall production values. Even knowing that these drastically-nicer versions exist can be useful knowledge, when pondering what to purchase, and from where. 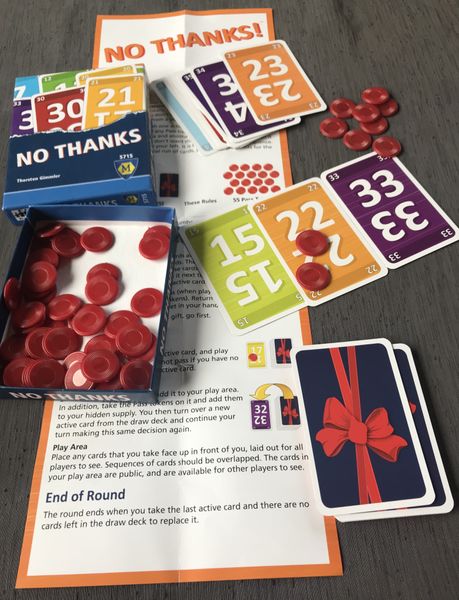 But can also be an absolute delight… 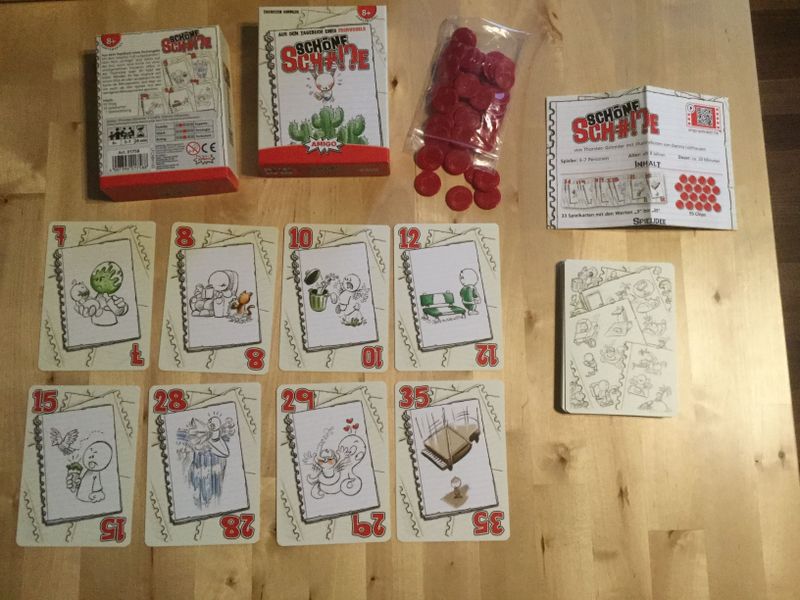 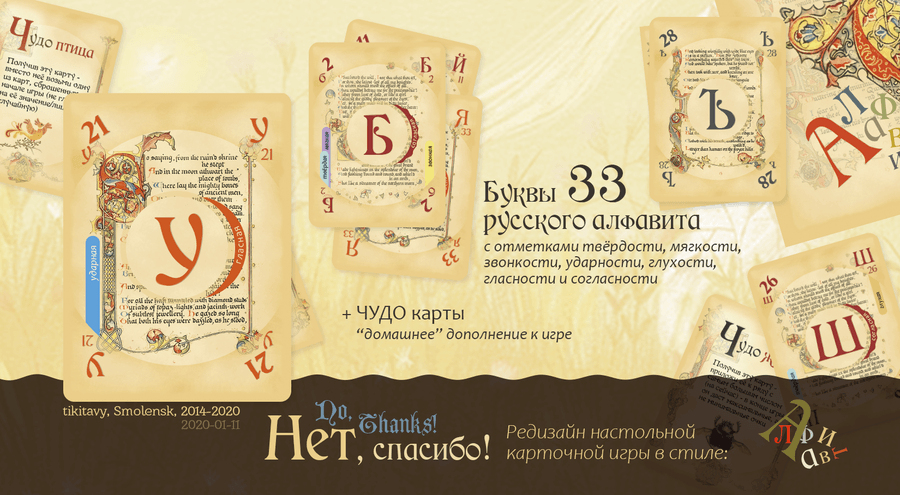 It’s all the same game in the end – but if you know you want to buy a copy, it seems a shame to be buying the ugly version.

Which games do you know of which have a really dramatic variation between the attractiveness of different versions?

The Castles of Mad King Ludwig is one example - the Polish(?) version is much prettier, if perhaps less easy to see room colour across a table. 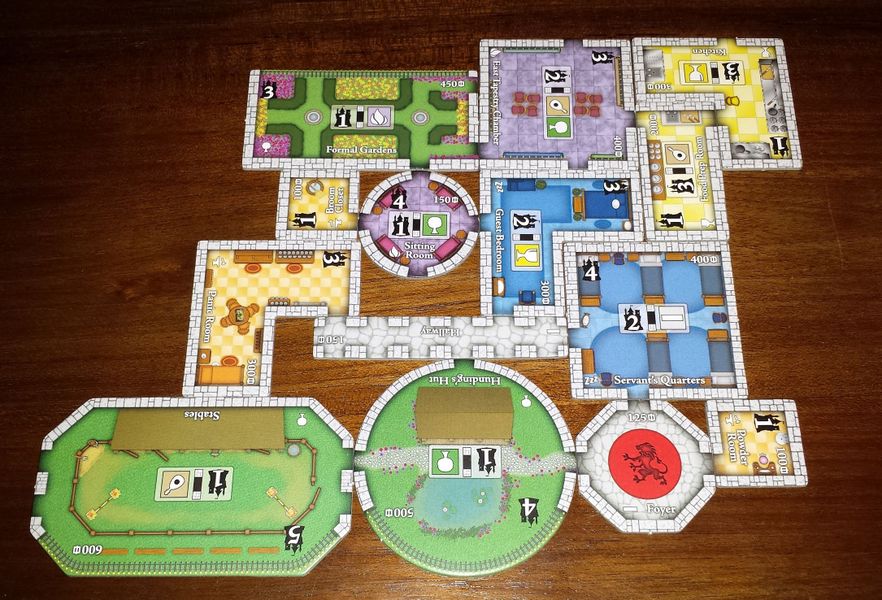 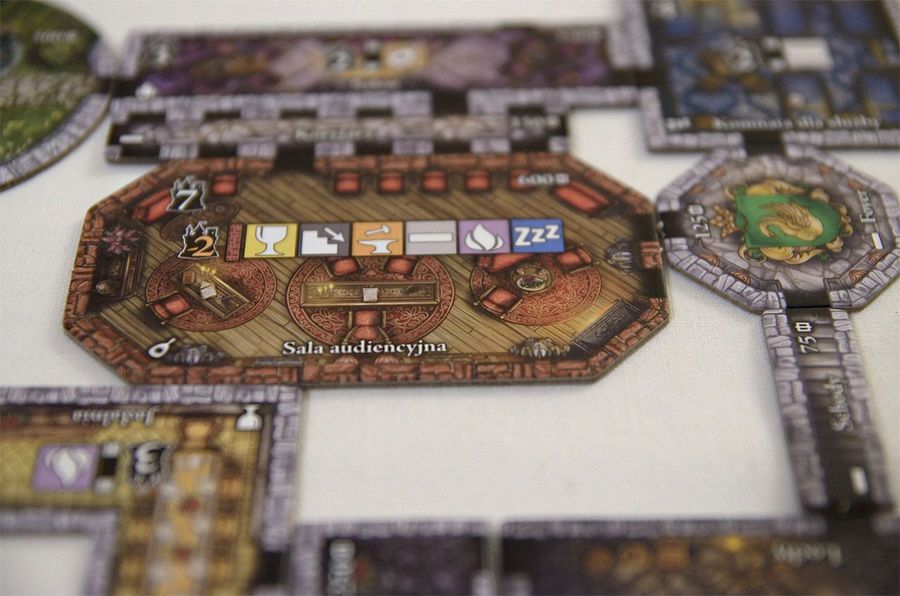 Glory to Rome has something like four dramatically different versions. The original English edition is fugly with a capital F. The black box edition is abstract but smart. The Italian edition is cartoony, but quite pleasant. I think the Polish edition is probably the best. 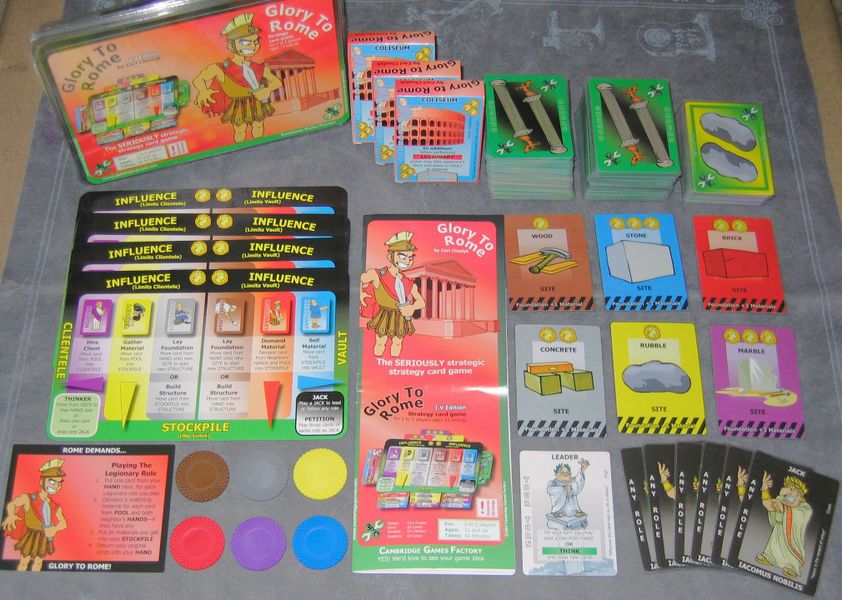 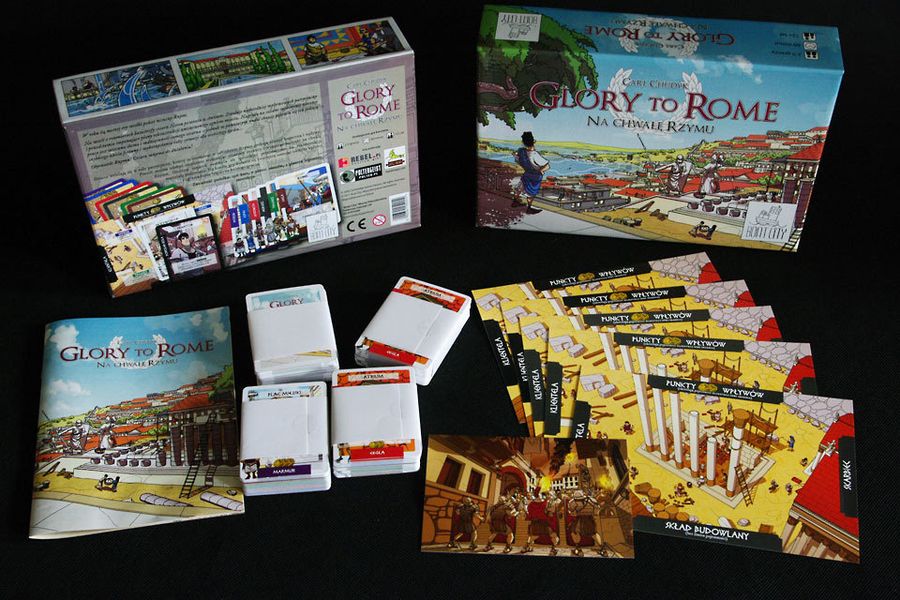 The Japanese edition of Circus Flohcati is much nicer (“Treasures of Summer” i.e., memories). 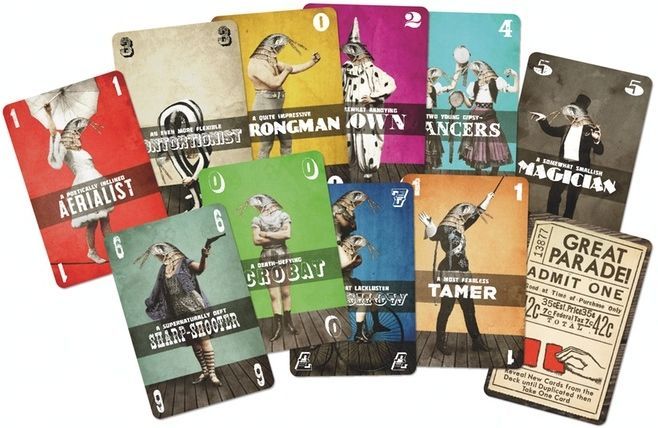 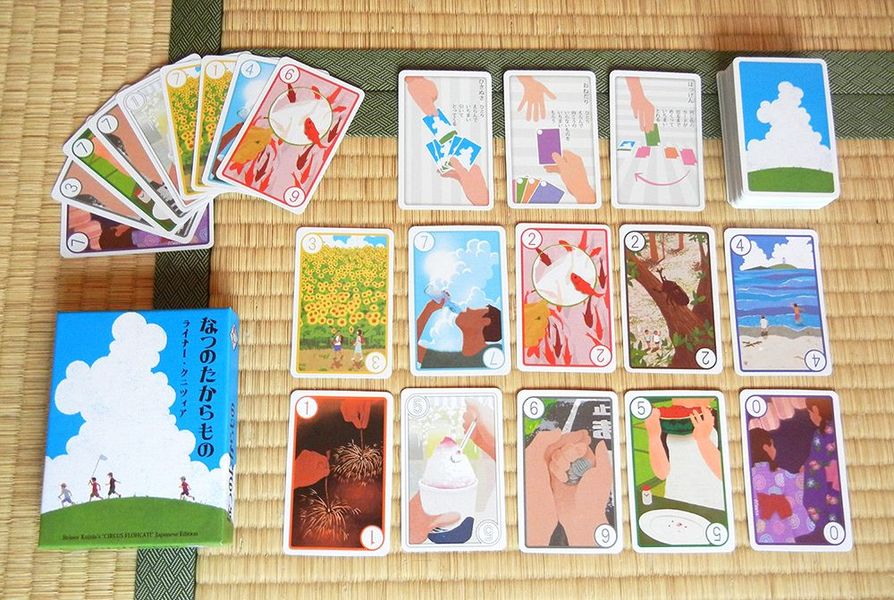 Modern Art has some very different editions from different countries. I hear the Korean version was very popular, and lead to some re-publishings in other languages. I’m not a fan of the Japanese “stamp” theme edition, but it commands crazy prices on the secondary market. 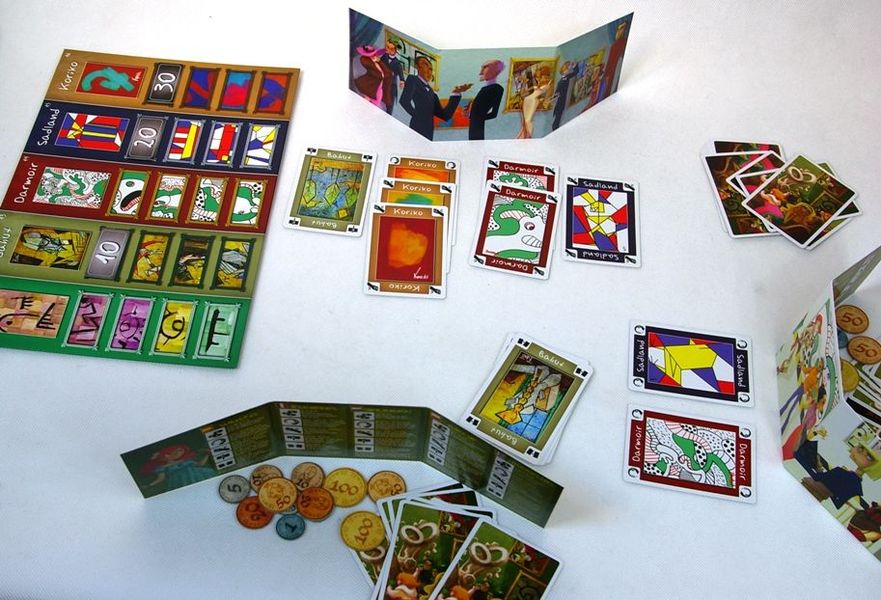 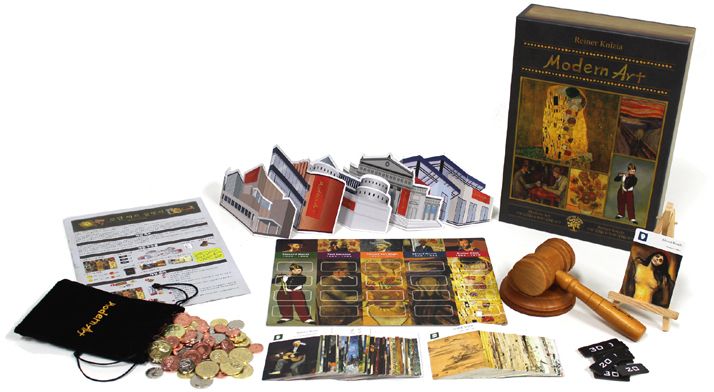 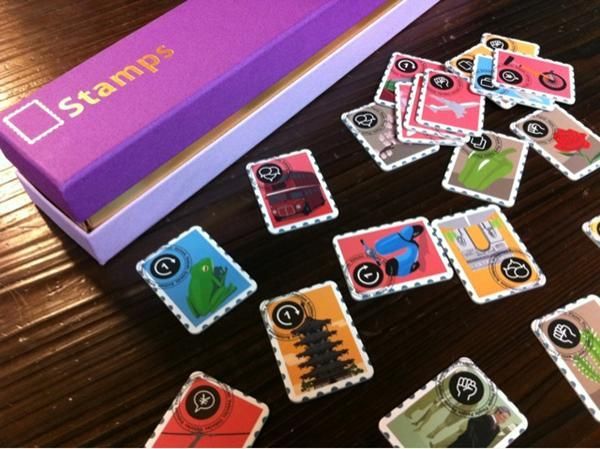 Sushi Go is the one that comes to mind. 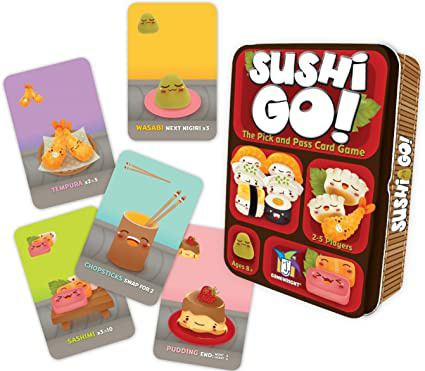 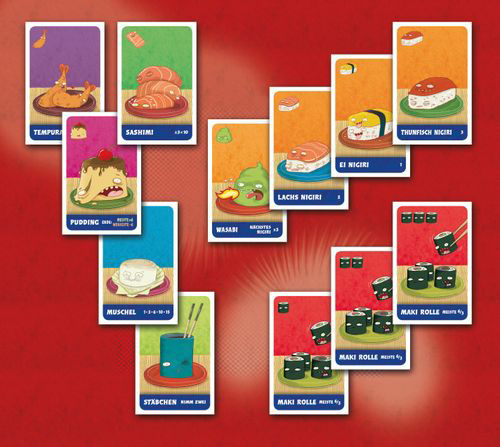 The German version is horrifying. You prefer it?

High Society is another game with a large number of editions over the years. I love (and bought) the most recent version from Osprey, which has oversized cards with really wonderful artwork: 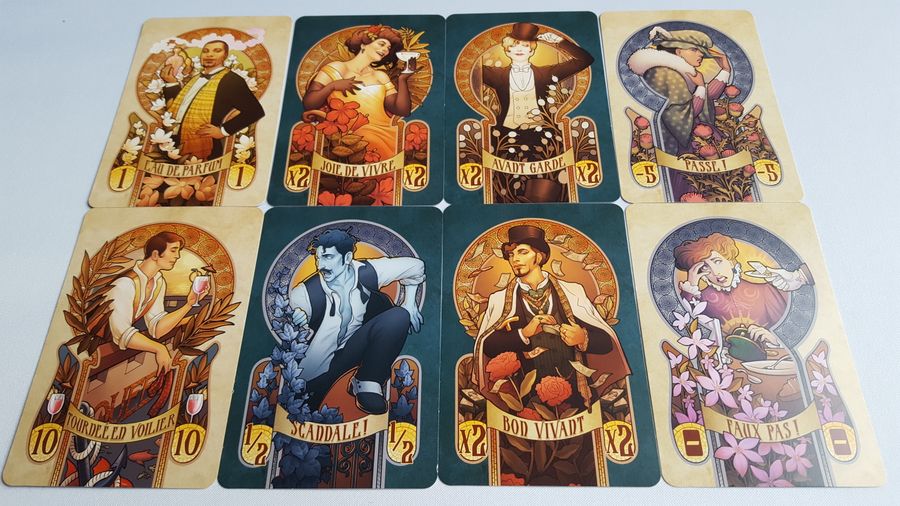 There
are
many
other
versions.

Interestingly, after the newest edition, the art I like best is the oldest: 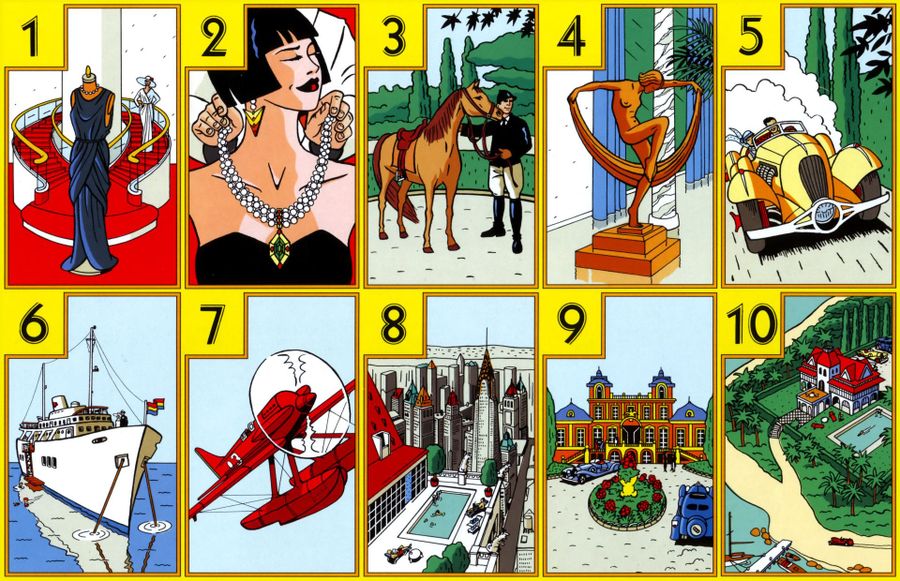 I could do without the big yellow squares, but none of the ‘fancier’ art which was used between then and now appeals to me as much.

If we are opening up the thread to all editions, rather than just editions in other languages, there are going to be a ton of games to post about.

For example, the substantial downgrade from oldschool RoboRally to the newest edition. Not the direction you expect to see, usually. Especially when it wasn’t ever a stunning work of visual artistry.

God, no! Give me the cutesy chibi-ish art any day over the horrifying German abominations.

It looks like they were going for a jocular approach. The Japanese tendency to stick faces on food is kind of horrifying, after all, so they just ran with that. The result though… yeesh.

I do like the old High Society art, but as a complete package including the graphic design, Medusa Dollmaker’s version is definitely the most beautiful.

If we are opening up the thread to all editions, rather than just editions in other languages, there are going to be a ton of games to post about.

I think any edition of a game which is quite dramatically nicer than the others warrants a mention – whether you’re ordering an overseas version, or simply keeping an eye out for a second-hand copy of something older, I think it’s valuable information. 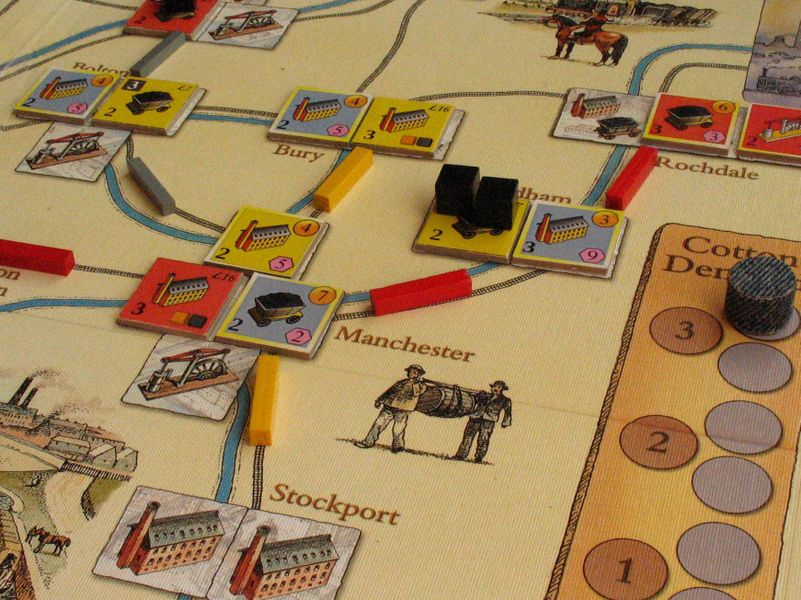 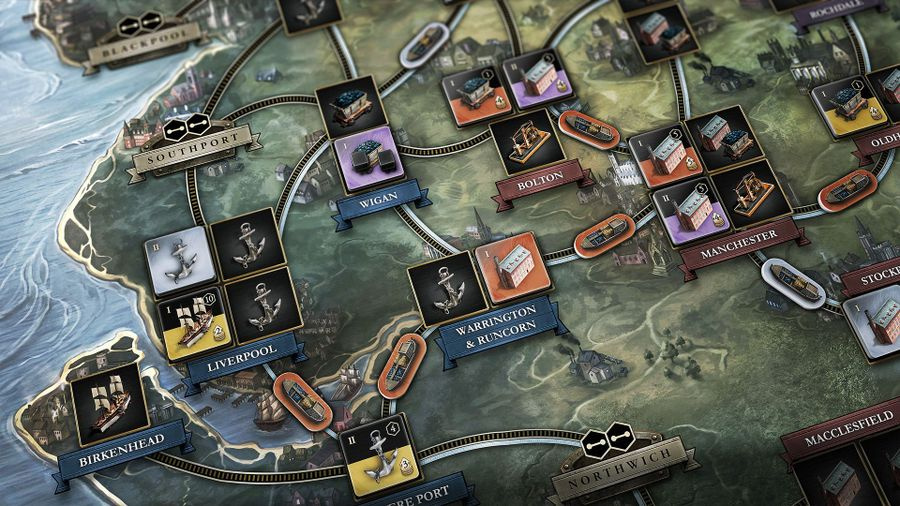 If we’re including box art, I have a friend who replaced his original copy of Inis with the newer printing for that reason: 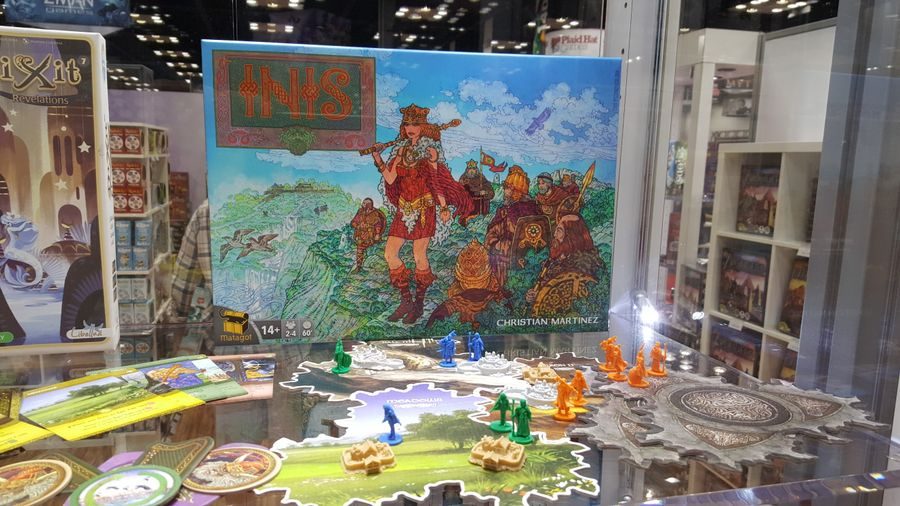 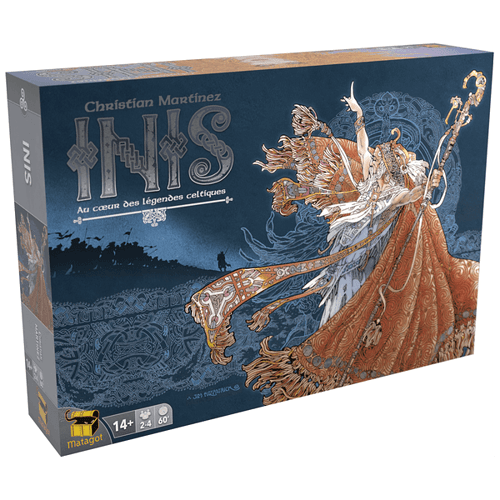 The Inis cover was the first thing I thought of.

. I am miffed though I didn’t get the smallish metal case with the party edition instead a full size square box I threw out…

I’m conflicted about Inis. I love the new look, but the original keeping to a more traditional art style without compromise has its charms. Using masks and colour filters to modernise the cover (with the most modern of all colours, deep dark blue!) almost feels disrespectful to the artist. Like an artist drew it all, and then a graphic designer came along and decided to improve it with a quick photoshop. It looks great, but the ways they used to look great are kinda bland and generic.

Warning! Strong opinions about art below. Take seriously at your own risk.

In a striking example of “beauty in the eye of the beholder” you couldn’t pry the original box art out of my cold dead hands. And if you try swap it for that soulless tricolor tat on the new box I will rise up from my grave dirt and strike you down.

Or possibly explain at length why the original is a better representation of the game.

Anyway, getting the thread back on track, I wish I’d known there were different versions of RoboRally before I brought mine. I know none of them are works of art, but I understand at least some of them aren’t grey on grey.

I bought my copy of RoboRally in 2004. I had no conception that there was a previous version that was ‘better’. As a result I love it and always have. The level of hate Quinns gives to my edition always bemuses me as I’ve had so much fun playing it and my understanding is the game play is identical bit maybe there were more first ed maps. Buying stuff before the internet was dominant seems to have had some advantages for me. 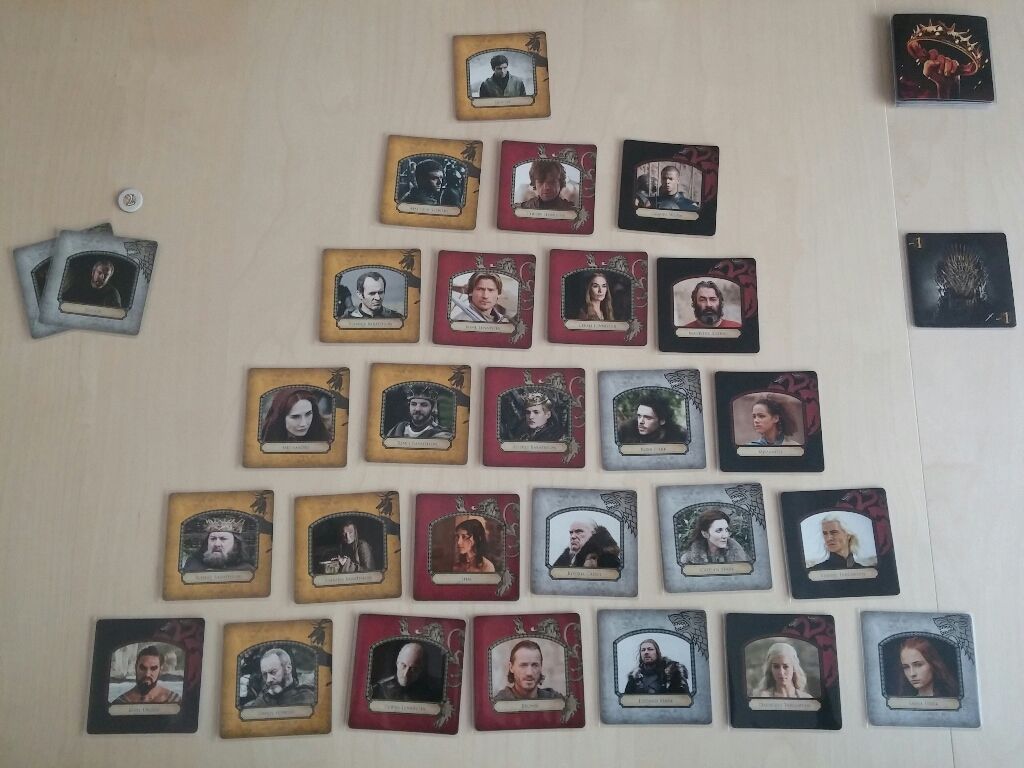 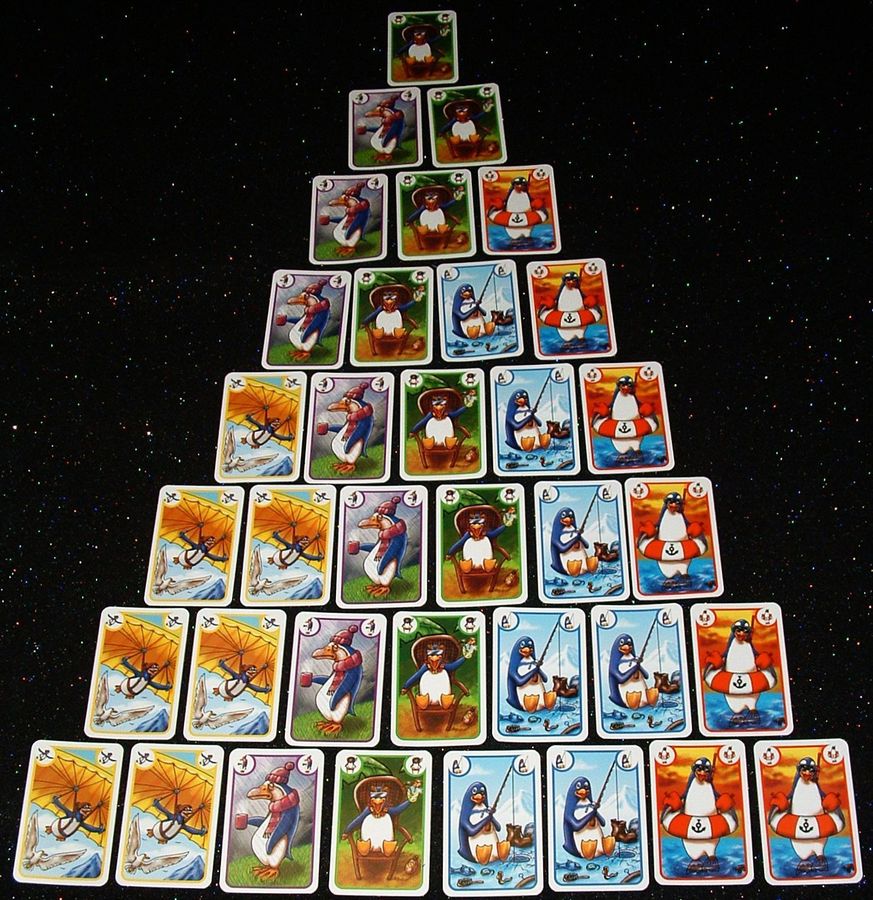 Arboretum - I think the 1st edition’s Art Noveau style is more beautiful, but they are both pretty! 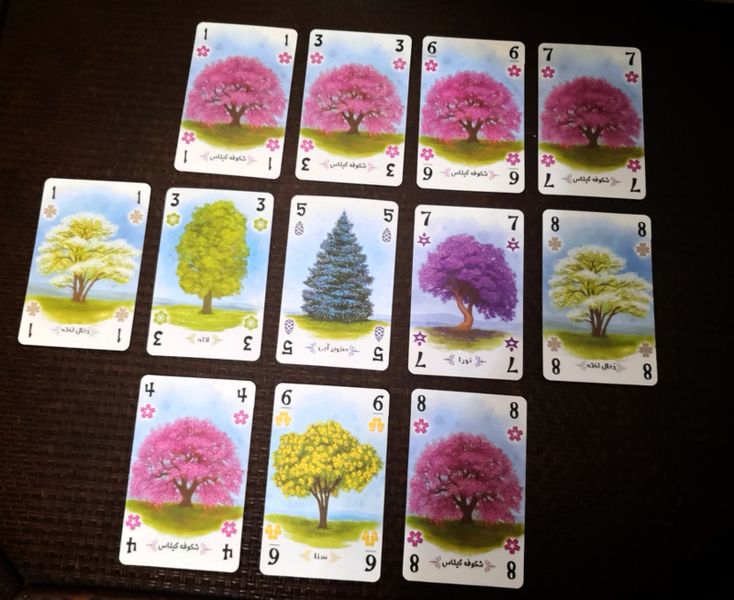 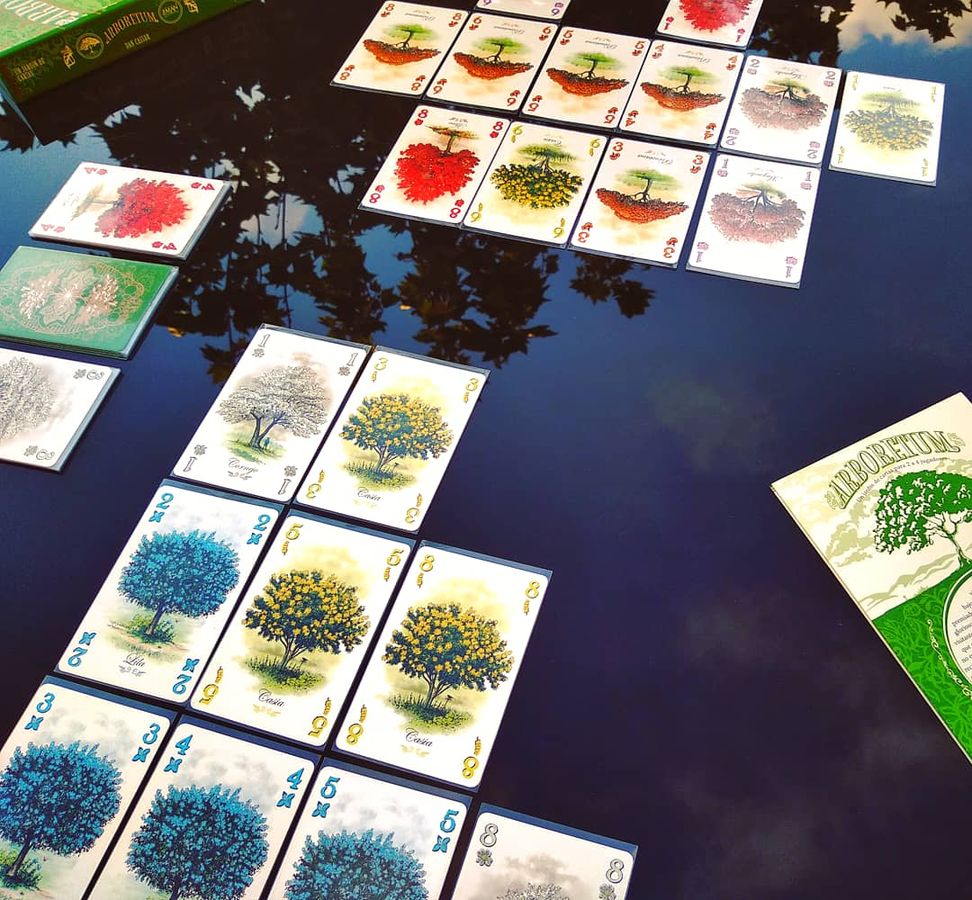 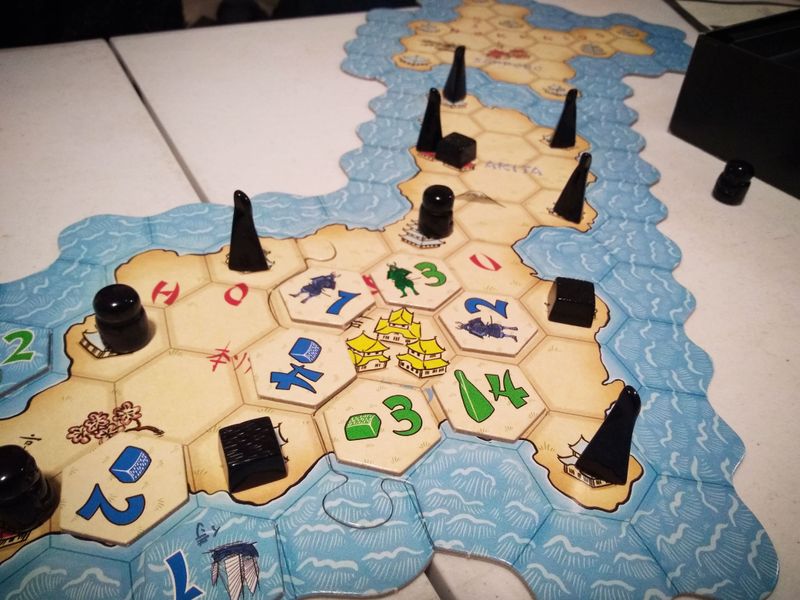 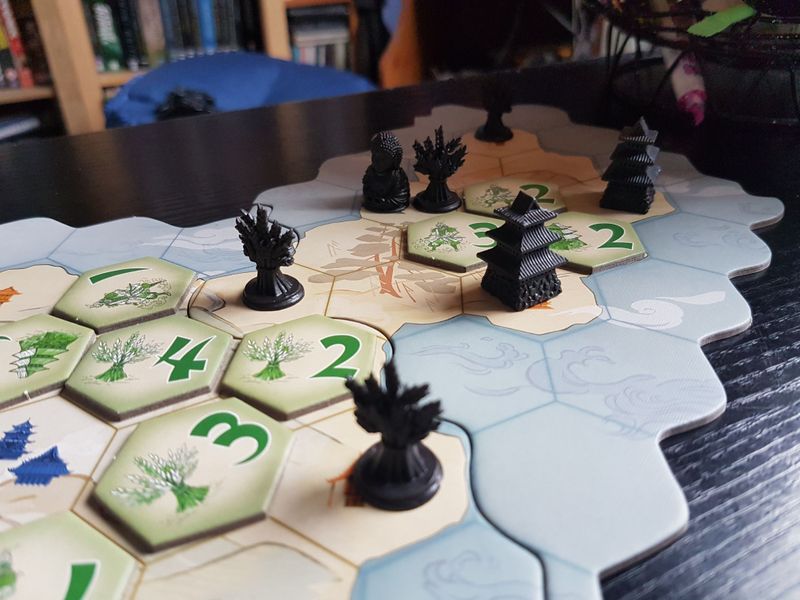 I want to add in Wildlife Safari, but there’s a number of them - Quandry, Thor, etc

In a striking example of “beauty in the eye of the beholder” you couldn’t pry the original box art out of my cold dead hands. And if you try swap it for that soulless tricolor tat on the new box I will rise up from my grave dirt and strike you down.

I’m glad you like it! I’m not keen on the old box art, but it does match the rest of the game better. Now if only there wasn’t such dissonance between the board art and the card art…

(All images taken from BGG.)

Z-Man newer edition (for my taste too cartoony): 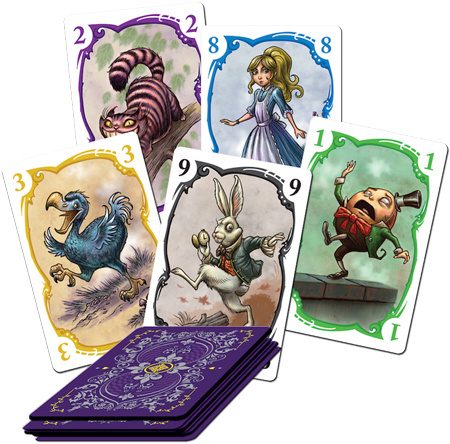 Z-man old edition (the one I have, more or less by accident): 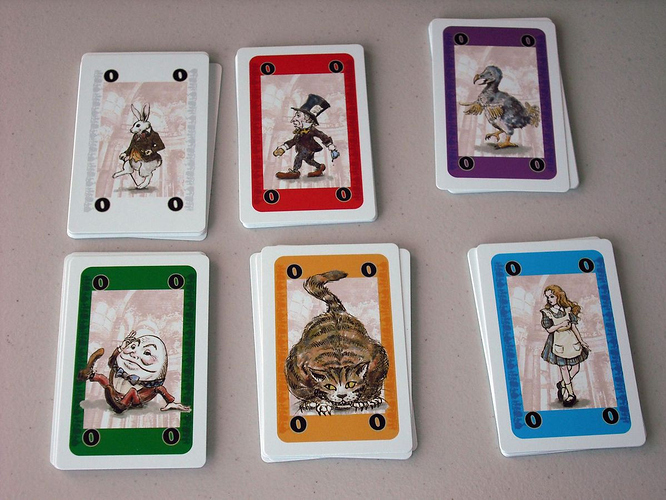 Warning! Strong opinions about art below. Take seriously at your own risk.

Let’s treat it as a given that people will be opinionated about the topic, and that not everyone will feel the same way. Eye of the beholder and all that, as you say. I think even if you disagree with a post, it’s still interesting to see the comparisons – and you might still be shown an unfamiliar edition that you like better than the one you’re familiar with, even if it’s the opposite way around to what was intended : )

you couldn’t pry the original box art out of my cold dead hands.

Yeah, I was a bit shocked when I saw that they’d replaced the Inis cover art – and what they’d replaced it with. Prior to getting a chance to play it, but knowing that the game was well-regarded, that original box art had come very close to convincing me to purchase the thing on multiple occasions.

I didn’t realise that “hang gliding penguins” was a thing that was missing from my life, but in hindsight it just seems so obvious.