I think I have all the originals up to about 20. My girlfriend is an actress and got a gig in an interactive version of House of Hell at a UK FightingFantasy convention so I got to go along, and she declared it the single nerdiest thing she had ever experienced ever (and she’s a big nerd). I loved it every minute of it

She did get to scare actual Steve Jackson while performing in House of Hell, so that’s cool. (I even managed to talk to one of the authors of the non-FF Way of the Tiger gamebooks so that was a bucket list entry ticked off for me).

I was just boxing up all my FF books today (along with the rest of my bookshelf), in preparation for a house move. It’s a bit nuts that I’ve kept them all these years, and I’ve thought about getting rid of them every time I’ve moved, but I guess they’re still staying for now.

They went in the same box : ) I loved these back in the day, but by my recollection the final book in that series was pretty much the worst crime ever perpetrated upon game book fans. If I’d had a chance to talk to one of the authors, I would have had some words about that.

They somewhat fixed this a few years ago with a kickstarter to re-release the books, along with a new prequel book 0 and an actual ending book 7!

But they couldn’t get hold of the original artist for the rights, so the new art is nothing like the incredible line drawings of the series. 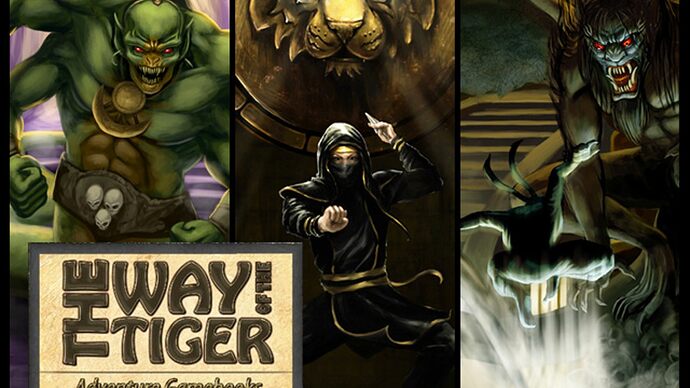 The Way of the Tiger Gamebooks, New Collector's Edition

The legendary gamebook series comes back to life in a full-colour hardcover edition! All 6 books, a prequel, and the missing book 7! 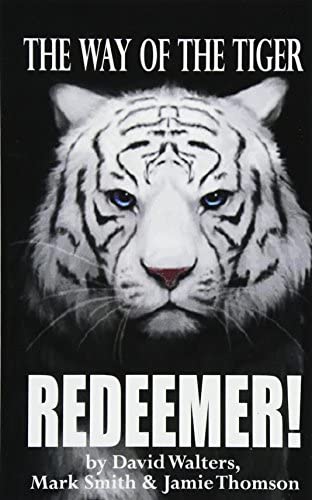 Redeemer: The Way of the Tiger 7: Volume 7

Own and played both.

Forgotten Waters is more directed. There is a main plot each time you play and you are moving through it. The exact way you move through it is up to you and there are meaningful choices within the gameplay, but the story is set. This might somewhat limit the replayability as there are only so many stories and once you’ve played through them all, you certainly can replay any and they will play somewhat differently, but you won’t be as much surprised.

Sleeping Gods is just a big sprawling open world. Each time you play a campaign of around 20 hours, you have an in game timer and you explore as much of the world as you want until the timer runs out, then you do the end game thing. The end game will be the same basic thing each time, but that’s a small part overall and what exact ending you get will be shaped by what you explored during that play. All the exploring on the timer until then is up to you. You’ll go one place and get a quest hook you can follow to a next destination or ignore and go randomly off someplace else whenever and wherever you want. And it’s a very big world to explore. I have no idea how many timed individual campaign play throughs to end point it will take to see everything. There’s a checklist of achievements to keep track of and we’ve barely made a dent in them after our first play.

Actual game play… Forgotten Waters is probably a tighter gaming experience. You can take it to a convention or game group and set it up and play for an afternoon with random people and have a rewarding gaming time and a fun story. Everyone can win or lose as a ship and individuals can super win, win ok, or fail at their personal objectives (basically). Sleeping Gods has a messier rule book that isn’t always clear or easy to find things in. The core mechanics are solid but just a little fuzzier. It also takes longer to get one story from beginning to end so no real possibility of taking to play with random people for one afternoon. It’s more of a dedicated group kind of thing - solo, leave it out on a table at home for a couple or family with older kids, set it up one weekend a month to play with the same group of people for a couple hours each time, etc.

That’s a brilliant write-up, thank you!

I do like the pace of both. Dice Tower’s review of SGods did mention that the rule book is VERY lacking in places, but they also gave it 9-9.5/10 anyway, so. And everyone seems to adore Forgotten Waters and have a blast with it.

I’m considering SG for a long play campaign with my partner, so it would be the same two players.

Did others also find the continual zoom-in-zoom-out cutting/editing of that video to be quite infuriating? When someone is trying to get a point across on camera, it really detracts from NOW I’M CLOSE what they’re saying when NOW I’M FURTHER AWAY the screen keeps NOW I’M CLOSE AGAIN jumping around for absolutely no reason. I wish they’d not do that.

Yes. Several times. And the timing of it was always a bit off.

I must admit I am enjoying the direction NPI are taking. The colonialism video was very much on point, and I have enjoyed the other two long videos they have made, Space and Sleeping Gods. If anything, taking this approach to make themselves a bit “different” from the rest is a courageous feat that deserves credit.

Regarding the game, it has intrigued me, but I think I have too many campaign games unfinished or on the way in Kickstarter format to be able to allow myself to delve into it… yet. If anything, it has put the game higher on my list of potential future purchases… which is not bad.

I too am indebted to a trip up Yaztromo’s Tower - he’s to blame for all this!

While we’re vaguely on the subject, my shelf of
pride. It’s been a while since I played any game books as the lack of character often feels a little hollow now, but goodness me I loved them. Sorcery! and Lone Wolf made by life better and are my happy places. 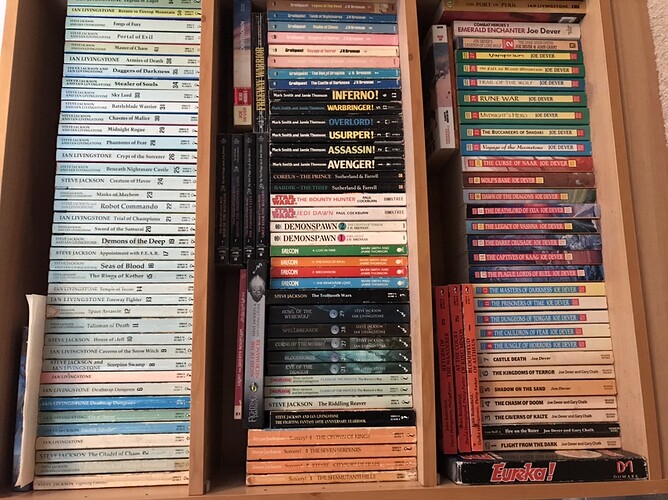 Man we really need to do a Wharticulture about game books.

So far I’ve completed one full solo playthrough of Sleeping Gods, and I really enjoyed it.
Finished with 8 of the 75 totems you’re aiming to collect and completed one of the 13(?) different scripted endings, so only scratched the surface

When people are pointing to it being a bit of a table hog, this is my layout on a 2’x4’ table towards the end of a campaign, with a couple of things like the story book and notes off to the side 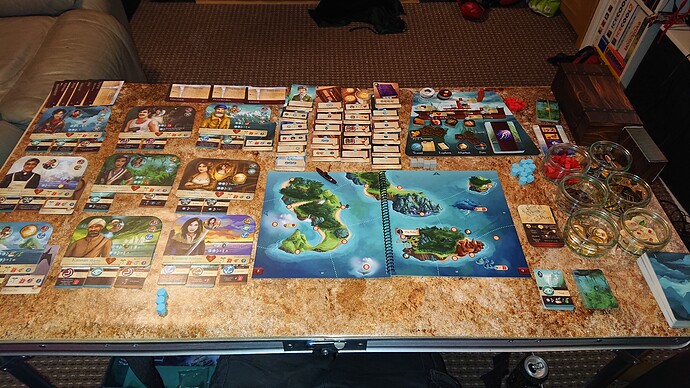 DSC_01395504×3096 4.83 MB
Saving a game to pack it away and go back to later is straightforward and fairly quick, but there is enough set-up/breakdown involved that if you have the space to just leave it for the full campaign it is the better option.

The story aspects work far better than in Above and Below and Near and Far, in large part due to the use of Keywords that you pick up along the way through starting and completing quests; so the locations you visit become more dynamic as you can visit the same place and have story progress based on your previous actions. The stories also felt like they had a bit more at stake than Laukat’s previous games - which often felt like it was easy to guarantee success and there was little at risk if you failed anyway.

The combat system is an interesting one, and I imagine will become more of a puzzle when playing with multiple players and not having full access to all of the characters without having to pay an extra cost. I haven’t been able to try that yet though. It CAN be pretty debilitating to your crew though, so it often leads to needing to pause exploration to rest up and recuperate after even mid-level fights - so it does give decisions to make on where and when you want to risk it. Rewards are often good for it though to compensate

Unfortunately for me I think the overall play time may put off my wife. Playing solo’s fun for a while, I do want to share this with friends and that will probably involve planning either regular days to play specifically this, or trying to blitz a campaign (which seems a little off. It doesn’t seem like a game that’s intended to be rushed)

Overall, it’s a very good game and one I’ll keep going back to for a long time yet; but a campaign is a pretty big time investment so I imagine I’ll be spacing them out a bit.

A while back I arrayed my game books on a table and took a photo of them all (I think I might have posted it in the original SUSD forum), and last night I wasted what must have been more than an hour in a fruitless hunt for that photo so that I could add to this thread.

my shelf of pride

That is… an amazing collection! Wow. (Also, +10 points for Grailquest, they were great)

Also for the collection, choose your own adventure books (My favourite was ‘You are a shark’) and DC ‘choose your way’ books. (One had robin tied up wearing a hat labelled ‘bait’ under a massive weight labelled ‘trap’.)

I did dabble in the “Choose your own adventure” series. They had HILARIOUSLY unfair sudden deathtraps. Fairly sure I got turned into a mouse for the Witch’s cat to eat in The Mystery of Chimney Rock.

I think this was the first game book I ever experienced. 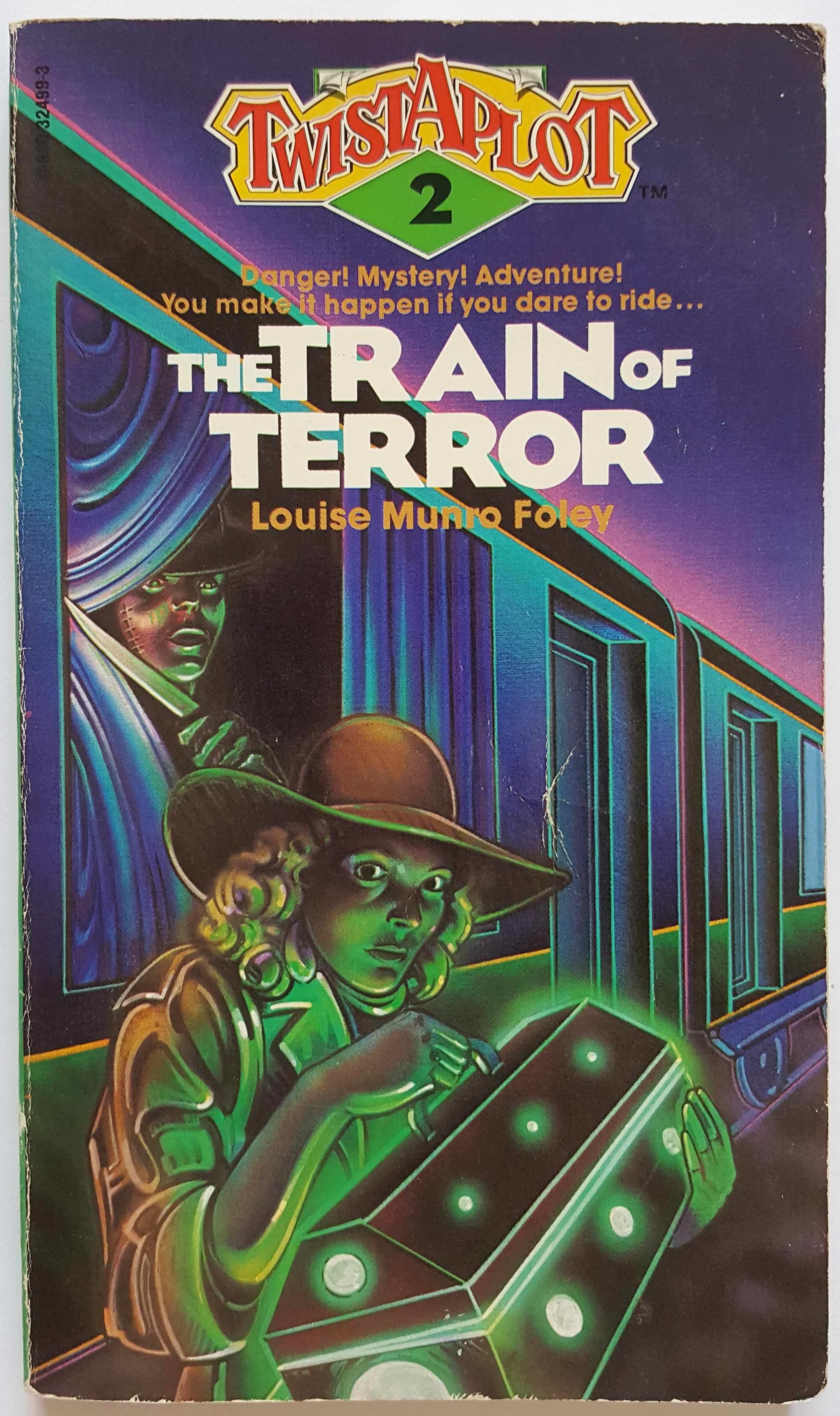 Five of the first eight cover illustrations in the TwistAPlot series are familiar, so I’m pretty sure I was devouring those before my childhood was rocked by this: 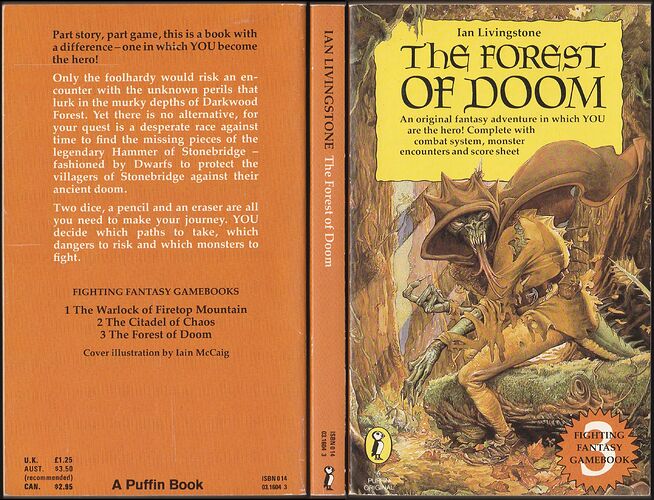 Man we really need to do a Wharticulture about game books.

There are two more Falcon books you know. And I rather liked Blood Sword, and only later found out about the Dragon Warriors connection.

That’s the one - the Forest of Doom So much stems from that book!

I only ever seriously got into the Lone Wolf books (back when it was strictly physical versions, at least) of the gamebook franchises. The system of picking Kai Disciplines was more interesting than a lot of the competition’s bare bones combat stat approach, and they felt less bullshit than say, all of the Fighting Fantasy books I’ve been exposed to. (Although I understand that there were dozens of Fighting Fantasy books and they varied quite a bit on that front.) Plus the fact that it was a continuous storyline was very compelling to me.

Seems like there’s been at least a mild gamebook resurgence lately, especially through Kickstarter. I’ve quite enjoyed what I’ve played of DestinyQuest, which leaned harder into having actual decisions to make during combats and a more freeform questing approach, and was hoping Black Chicken’s “Holdfast” series about reclaiming and running a dwarven citadel would go more than one book, but it doesn’t seem to have. Though I guess they’re still theoretically working on Academagia volume 2 and the wait on that has been epochal, so never say never.