Make It or Break It! (A Maker Topic)

I’ve sent 6 of them off for printing for $10 delivered. Will see how they turn out.

Saves me heading to the office to find the printer is out of order again. 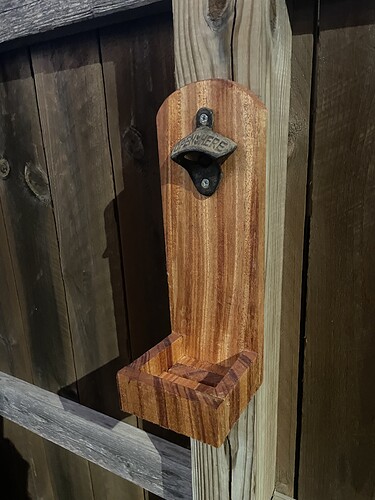 I’ve been working on this project in fits and starts over the last few years. The pandemic did a number on my energy for hobbies.

I was browsing Amazon the other day and found a frame that would be the perfect enclosure. Hopefully I’ll get it to a point I can call finished before I run out of steam. 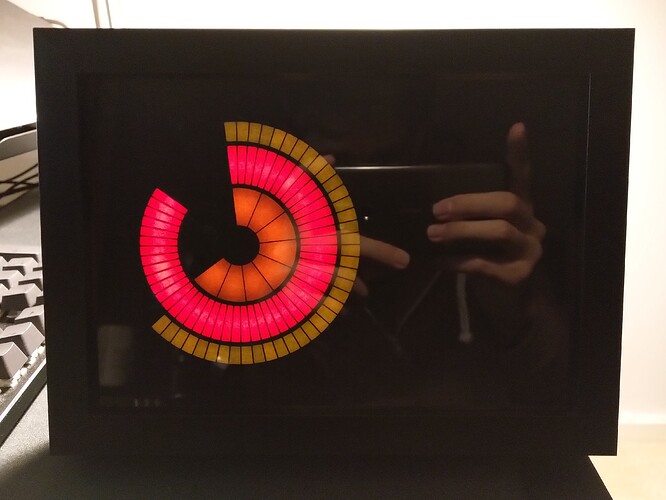 Exposure is all over the place but hopefully you can see what I’m going for.

Unfortunately I seem to be having a power issue. I’ve tidied up the wiring so that the matrix drivers aren’t daisy-chained but it’s still present. Got a beefier power supply on order which should eliminate it. 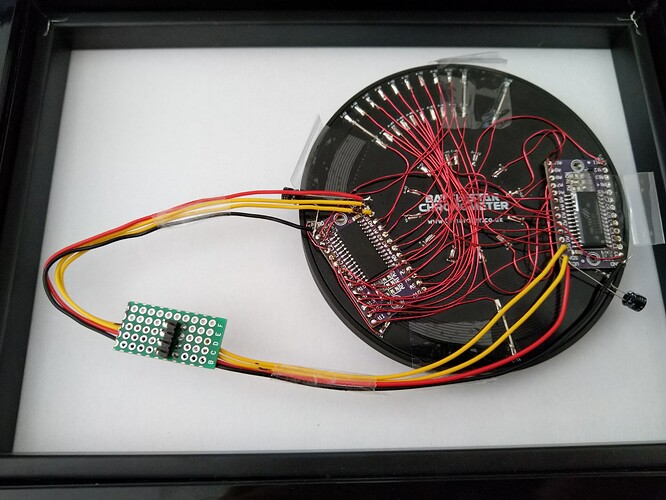 I need one more 3D-print to hold the PCB and LED guide in the frame but my last attempt on the work Prusa caused a terminal nozzle jam. Oops.

Edit: I’ve already started thinking about a “version 2” which would do away with that rats-nest of wiring and instead leverage the extra space of a bigger PCB. I have a habit of cost-cutting on PCBs and struggling later as a result of that decision. Lets just say it was prototyping.

Some supplies were meant to turn up yesterday. I left the communal door unlocked when I left for work (it’s normally unlocked during the day).

Between me leaving and the postie arriving someone locked the door again so they weren’t able to enter the building. The parcel went back to the depot another town over.

No problem, the tracking page said they’d try again today. Except that it’s now changed to “please come collect” and they didn’t leave a collection slip.

Edit: I have a feeling they’re going to post me the collection slip. Mail workers are now striking until Monday however.

This seems so antiquated. Surely the tracking number is enough to get the package, possibly with an ID? Even thirty years ago, ups managed to find packages w/o the slip, knowing nothing more than the delivery address.

You need the collection slip “for security reasons” apparently, even though you also have to show your ID.

I’m going to have a go at collecting it on Saturday. Prepared for them to say “no”.

I don’t even know if I can arrange a redelivery without the slip. Though that probably wouldn’t get me the parcel any sooner with the strikes.

If only they’d attempted redelivery today like they said they would.

A week after it was meant to be delivered I’m no closer to getting this package.

I can’t collect it because I don’t have the collection slip and they don’t seem to be attempting to redeliver it now the weekend is over.

Their Twitter help came back to me today with the useful suggestion of, “Have you tried collecting it?” That’s despite their Twitter help previously telling me I wouldn’t be able to collect it without the slip.

I’ve tried to reschedule a delivery for Friday by guessing what would have been on the delivery note. Fingers crossed. 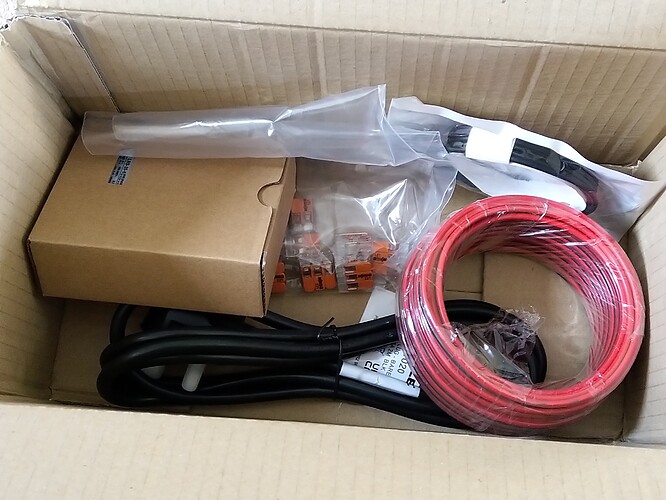 Might be the first time I’ve ever wired a UK plug in 30-odd years. 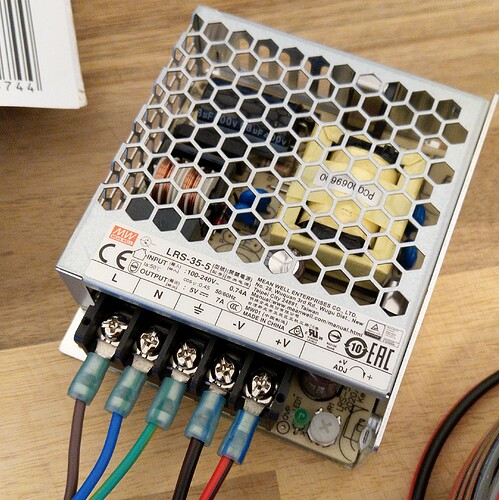 I saw that grid and thought “That’d be ace for D&D!”. Then I realized it would be hot and the figures would fall through…

But yes, playing D&D near live wires would be interesting.

Definitely great for a Spelljammer setting…

But yes, playing D&D near live wires would be interesting.

Dare I utter the words, I might have finished a project: 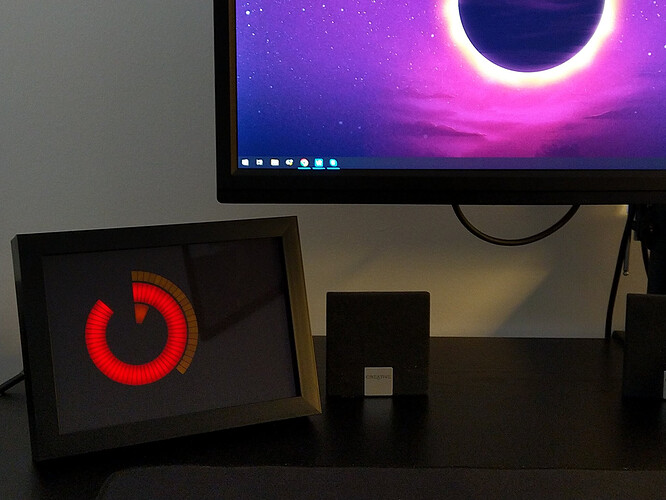 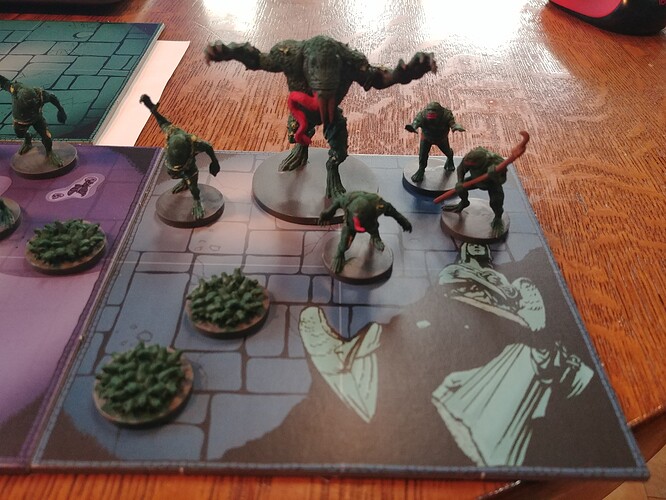 20221106_1555224160×3120 2.54 MB
Painted some Hellboy frog monster minis. Pretty sure it is BPRD canon that frog monsters are terrible at applying lipstick. The fact that there are only 3 of each kind made it seem to me like less of a chore. I was going for quantity rather than quality. I meant to add some spots to the frog spawn tokens but I forgot. The main characters wait in the box for another day. They require more different colours and therefore more patience and dexterity.
3 Likes
tomm_archer November 22, 2022, 8:04pm #57

Having written some code to place all the red and green wires I now have to replace all the white lines, manually. 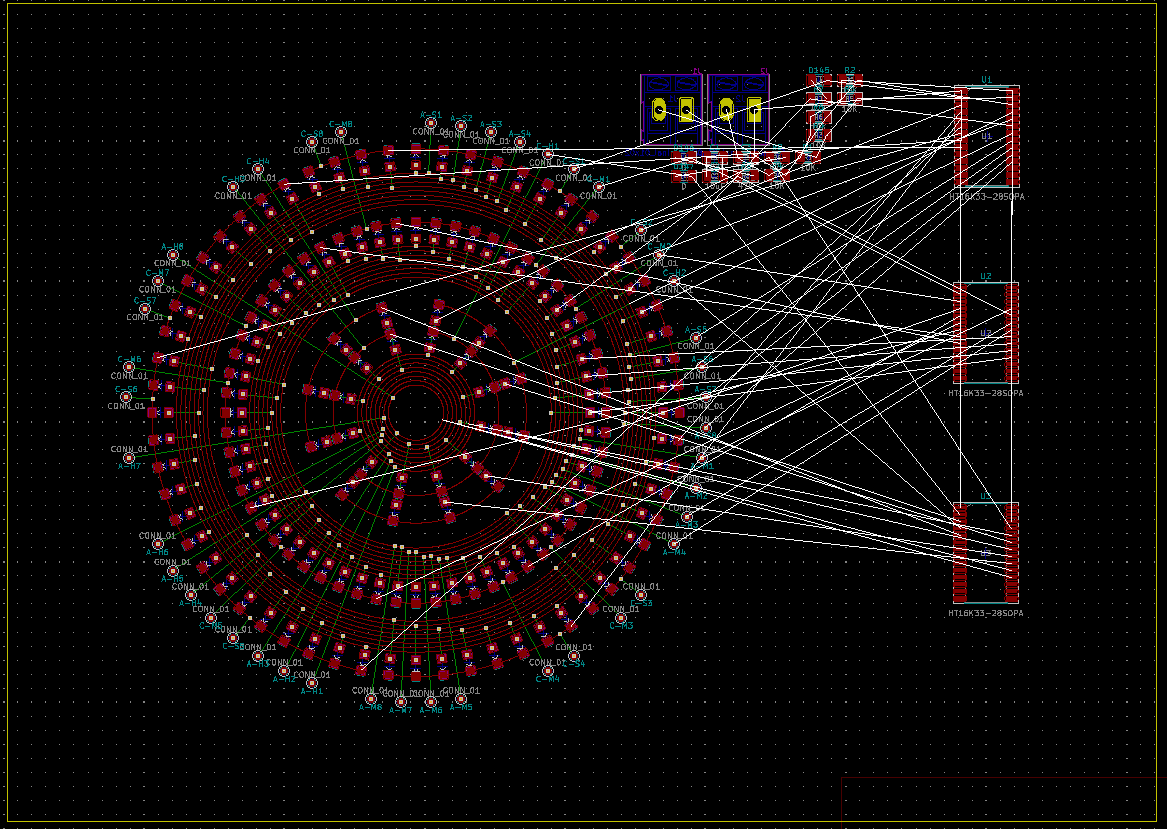