I guess it illustrates how much of the cost is shipping.

FEED ME A BAD GAME 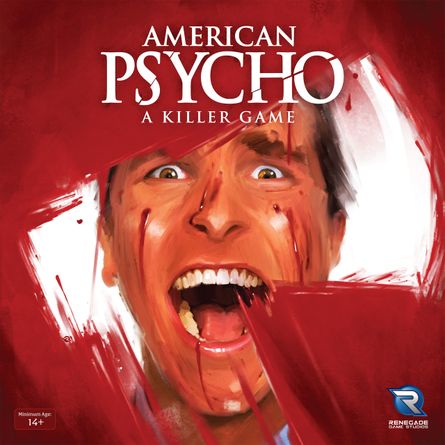 Can you best your business colleagues, one way or another?

Aargh! Knight Fall is on sale on CoolStuffInc for $24.99, and that’s $20 less than retail. I love the theme and aesthetic of the game, and apparently the competitive game is quite good, but I just purchased Nemesis (which should arrive tomorrow, though it may get stashed away as a Christmas gift), so I’m just going to have to pass on it.

I get to cheat here a little. I told my partner I’d be taking our daughter to a mall this morning (it’s cold out and it has an indoor park), and asked if she wanted to come with the baby. It’s a bit out of the way and she is well aware of the FLGS there, so when she asked what I planned to buy, it wasn’t a surprise. Her face dropping when I mentioned I was planning to grab Heat: Pedal to the Metal, however, definitely was.

Turns out she forgot we decided weren’t doing Christmas gifts for ourselves this year, and I managed to spoil the surprise.

Someone in BGG was selling Root bundle for a really good price. I resisted and a friend also helped convincing me.

If you’re a UKer and you’re looking for a cheap 2nd hand Root bundle, I recommend you search it.

That is a good price.

However it will also stay on didn’t buy for me.

Resisted the KS for Itten Funbrick series of five games. Two of them by Knizia (but only one of those sounded ok). Quick dexterity games, but not much info on them. And would have cost $159 AUD, so we’re talking serious money.

So many. Eclipse: Second Dawn for the Galaxy would have been the biggest expense/saving. I’ve played and enjoyed the first edition, and I have nothing else quite like it, but I just don’t think I’d ever get it to the table.

That was why I sold my Twilight Imperium back in the 3e days. I mean, it was fine, I enjoyed it, but the number of times I actually got to play it, considering the shelf space it took up…

I would have bought Dwellings of Eldervale during 401games Black Friday sale if SVWAG hadn’t JUST released a podcast mostly dismissing it as a lesser version of Cryo (a game I felt was just fine).

They’re certainly in the minority, but sometimes just one dissenting voice is enough to make you reconsider whether you REALLY need another game.

if it is any consolation: I backed the KS back then and I have played a total of 3 games I believe (the pandemic didn’t help) and while I am still thinking about getting it to the table, it hasn’t got to the table in more than a year.

Why? Maybe, I have just too many games and I have had very few opportunities for multiplayer (and this is just too big to get out for just 1 or 2 though it does play well enough at those counts) … but some get played over and over and Dwellings while shiny (very much so) is not one those. I thought the ton of factions would make it interesting to play. But the overall mechanisms didn’t end up being as compelling as I had hoped. It was one of my early Kickstarters and an expensive one. I am not getting rid of it until I have had time to inspect it more.

PS: I really need to play it and then listen to the podcast

I’ve been waiting for the Lords of Vegas kickstarter for a long time. I bought my friend a copy for $27 years back and thought I’d play his, but he doesn’t live so close anymore.

It opened yesterday. $90 + shipping? For what is admittedly the same game? And $60 for the Americana add-on which is, by all reports, 3-4 game boards, a plastic arch, and a deck of playing cards? It’s a bit staggering. Yes, inflation is going on but not like this. It sounds essentially like a poorly run company with no cash flow trying to cover two years of back-overhead.

I’m just comparing this to things like the Hansa Teutonica big box and the recent Oceans reboot, where things are not only reasonably priced but a bit discounted since there is no middlemen in the supply chain.

What I’d like to see is Kickstarter Campaigns where the stretch goals are a % off the pledge. Hey, we hit a manufacturing threshold and costs went down, everyone wins.

Staggering. No Lords of Vegas for me.

Does it count as not buying but if you cancel on the notice popping in the email?

I bought Spots from CYMK (based on space biff podcast and it looks cute) but it’s only available in America which means it goes from being a £25 game to a £36 game once post is included. Kind of a weird case of sticker shock for a relatively small amount that’s never really happened to me before.

Speaking for myself, I’m much more likely to pay £50 up front than a quoted £20 that turns out to be £40 at the checkout.

Amazons real mistake here was not charging me full price now, make me wait a year and then charge me full price again to post it.

Found a new Knizia dexterity game was available in a local gaming store, surprised me a little. Although the store does get in a few Japanese imports. The game (Viking See Saw) was on a KS that just finished, along with four other games. Anyway, I decided it was too much for a quick dexterity game. And I have enough dexterity games.

Despite potentially having the money to, I can’t quite pull the trigger on Heat: Pedal to the Metal.

I think I’d rather get a Bluetooth DAC