Any fans of the boardgame out there? Do you think it would be a cool game to implement here? Would there be perhaps 4 dedicated players here for it?

I own all of it, but it was a gift from a very generous friend.

I’m 50/50 on it. I like it, but I think it’s way too expensive for what it brings to the table… but I would be interested in trying a PBF if you’re thinking of getting one started. Every time I finish a game I’m left wondering if I really enjoyed it, or if I didn’t really enjoy it. Hard to describe, but definitely willing to give it another stab!

Were your games at least with 4 players? Depending on your opponents and how they play makes a difference in the overall game play!

And did you ever play it with AI opponents?

I have played it with 3 and 4 players. It’s certainly more wonky with 3, wouldn’t recommend it.

I don’t like how brutal the pace of the game is, and I don’t recall liking the combat mechanics (too… swingy? I want to say too much swing, as memory serves). And the boats are… weird. But again, I’ve only played it a few times and I’ve never hated it. It just seems like the game is always saying “Hey, that was an okay time… one more play might make it great. Do you want to try again?”

And I do. But at the same time, if somebody puts it against Eclipse or TI:4 or ST:A or any of the other truly great 4Xs… it’s just in a weird, not bad/not great niche for me.

But I would like to see if it’s better than I think it is, because I think it might be. Does that make sense?

We’ve played this several times in-person. And I think I’d like to see how others play this game. So, I’m prepping this one to be the next PBF game after our Ti4 game is done.
How do you like my icons? 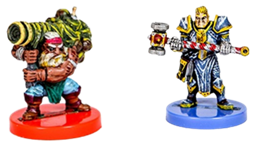 For those who have the game and/or are familiar with it:
One of the major changes I’m looking to make is with the Serf and Warrior miniatures/counters. I’m going to use these round counters that depict the Warriors/Fighters and Serf/Farmers. What do you all think? Will that be okay?
Much more visible on the map rather than all the different miniatures for each race. As you can see, But I’ll keep and use all the unique Hero Icons. 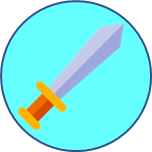 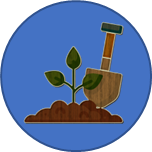 I’m working on the main board and each player board. But when choosing actions we’ll use these small cutouts.

What do you all think? Will that be okay?

I think it will work just fine. They’re all the same across all the Factions anyway, it’s just the Heroes that are different, I believe?

Yes, only Heroes are different. Here is part of map still in work. But I like clear maps…

Guess I’ll be taking some still photographs of the towers, and castles at each level and then converting them to Icons… 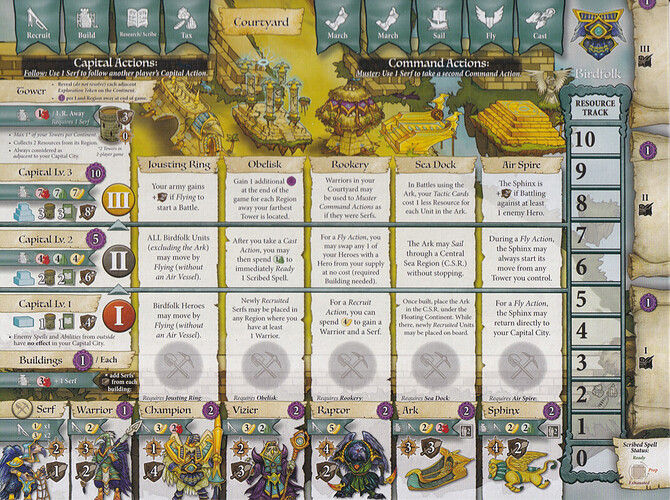 Player boards look clear, but depending on resolution, I’d like to get all 4 boards and the map all on one screen. We shall see. 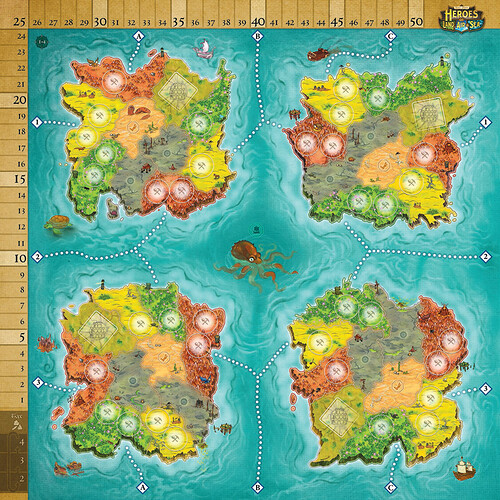 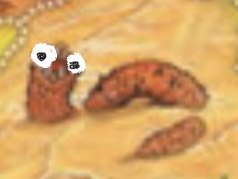