Film Reviews... Or "Wot I watched and it was dead good"

I still haven’t seen The Royal Tennenbaums or Darjeeling , so I am definitely noting them down. Don’t stone me yet.

Also, @Chewy77, while I like Darjeeling, I don’t think it’s essential watching for Wes Anderson. Tennenbaums definitely is. And I think a lot of people would say so is Rushmore, but, I dunno. That’s probably my least favorite of his movies that I’ve seen. It’s the one I don’t ever care about re-watching (though, not so bad I’d complain if someone put it on).

@WolfeRJ Fifth Element is so good. I love that movie.

I have literally seen this movie more than 30 times (ask me why!) and I’d watch it right now. Maybe twice.

Rushmore was good but has not aged well. Which I think is appropriate for a narrative rooted in the youth culture of a specific generation.

Fifth Element is amazing, by being dazzling, original and a bit silly at the same time. I think the opera scene is a masterpiece.
Multipass!!!

Knives Out - Very good. Loved the feel of a classic mystery with a modern twist. Very happy to hear that it’s getting a sequel.

Sweet! My wife and I were saying that we could watch numerous films with Daniel Craig as Benoit Blanc. I hope that is the idea behind the sequel. I thought the actress who played Marta did a fantastic job as well, but Craig stole the show.

Knives Out is such a great film, we went ahead and bought it on Prime and have been watching it for the third time now, just intermittently at meals this time.

Knives Out - Very good. Loved the feel of a classic mystery with a modern twist. Very happy to hear that it’s getting a sequel.

@GeeBizzle Brick is so good, I also really enjoyed Looper.

As an adult tasked by the government to provide round the clock entertainment to a small child, I can confirm Paddington 2 to be bloody charming.

I heard it was really good. I haven’t seen it yet, though, it’s basically all Peppa Pig (or watching people play with Peppa Pig toys) for my daughter. Plus, she might be a bit too young to really care about it.

I’ve found Aronofsky a bit hit or miss, personally. I really disliked Pi (finding it basically incomprehensible), but loved Black Swan as a nightmarish portrait of obsession spiralling into madness. Been quite unsure if I want to see his other fare. Not unlike my experiences with Stanley Kubrick. Didn’t like 2001: A Space Odyssey much at all, and IIRC I was pretty unexcited by Full Metal Jacket (though it’s interesting as I think the only Vietnam War movie I’ve ever seen that shows urban combat). On the other hand, The Shining is one of the best horror movies of all time (if wildly unfaithful to the source material), Dr. Strangelove is funny as hell (in a dark, dark way), and A Clockwork Orange is a masterwork.

Some off the beaten path things I’ve seen recently (virtually all thanks to my local Alamo Drafthouse, which I really, really hope survives the current crisis but it seems hard to believe it will):
The Colour Out of Space - Richard Stanley’s return to moviemaking after 25 years. Wild, mind-bending, the best Lovecraft adaptation I’ve seen and perhaps the best committed to film. Prompted me to check out Hardware and Dust Devil, his first two (and last two, until now) movies. Can recommend both. They’re not enormously original horror movie premises but his sensibilities are distinct and unique and so are these two movies.

VHYes - a bizarre crowdfunded comedy film from Tim Robbins’ son. The idea is that this kid gets a handheld VHS camera for Christmas so the film is part amateur filming from the kid and his best friend, half random late night TV recorded onto it. The kid segments don’t do much for me (but in fairness, I’m not that fond of kids in general), but the faux TV segments are completely hilarious and off the wall. Things get…weird… later on.

Come to Daddy - Elijah Wood as a hipstery loser with daddy issues (and the most perfectly awful haircut) receives an invitation from his father, having not seen him in decades after his father walked out on him and his mother when he was very young. Turns up to his father’s weird UFO-shaped house and…the man that answers the door doesn’t seem to remember that he was coming. The film goes…places…from there. Highly recommended. (one notable sequence is apparently based on the director’s own experiences, which…yeah.)

Guns Akimbo - not to be outdone by Elijah Wood, Daniel Radcliffe stars in this gonzo movie about a young app developer who gets his kicks by trolling people online. Only, he makes the mistake of trolling the producers of a highly illegal real-life deathmatch stream, and so they come to his apartment and DIY surgery guns onto his hands and inform him he is the next contestant. A good chunk of the movie is then occupied with him frantically trying to figure out how to just perform basic life routines without shooting himself. Peeing is a particular challenge. It’s a hoot.

Extra Ordinary - okay, didn’t see this in the theater but only because my ride was sick for the whole week it was in the theater. Still. A lovely tale about a middle-aged Irish lady who gives driving lessons, and falls for a widower with a teenage daughter. …also she can see and talk to ghosts, her dad was a television paranormal investigator whose death she thinks she caused, the widower’s dead wife is abusing him, and Will Forte is an aging one-hit wonder rockstar who’s trying to make a deal with the Devil to restart his career by sacrificing the teenage daughter. It’s wonderful. Very deadpan sense of humor.

My only issue with 2001 is how slowly paced it is, but I love it. Although is one of those movies that I like but I really have to be in the mood to watch again… much like Schindler’s List or more recently, Interstellar. Full Metal Jacket is one that I can watch whenever is on, I love the two parts, the training and the on site action. I believe Kubrick mainly shot urban warfare because most of it is filmed close to Battersea Power Station. But my favourite Kubrick movie is Spartacus. Curtis, Olivier, Kirk Douglas, what a cast.
The one that I didn’t go past the first 25 mins was Eyes Wide Shut… ouch, that was so slow and boring…
VHYes I had heard of, I need to check it. It’s funny how talent can be inherited in tricky ways, much like with Bowie’s son masterpiece, Moon, I will definitely have a look at it.

I mean, it is a great film… but thirty times!? I haven’t seen ANY film more than 4 or 5! Even the “Princess Bride”, probably my favourite film of all time, I’ve only seen about 5 times.

So my loving life partner has recently started to give… meaningful looks… to my midsection. While the scales say I’ve gained about 5lbs since this (gestures around everywhere) started, that still means I’ve put on about 35lbs since I met her. And that’s unfair, since in the, gosh… 14 years we’ve been together she probably hasn’t put on more than 5lbs total. Which means more exercise. Which means walks… but I’m a bit of a germaphobe at the best of times, and these are not the best of times. So my multi-hour long walks were starting to freak me out a little. Which means setting up my bike on its trainer (like a stationary bike built out of a real bike, basically). But if I’m going to do THAT for multi-hours… and I am, because 35lbs ain’t going to murder itself… then I’m going to set up Netflix and watch me some shows… with the occasional movie to really work it out.

Wow. Long ramble to get to a review! So, sore butt aside (seriously, I don’t understand how people bike for more than an hour with excruciating pain), I decided my first biking adventure would be Ocean’s Eight.

I loved the “new” Ocean’s Eleven, was mildly disappointed by Twelve, and don’t remember Thirteen at all. I was really pleasantly surprised by Eight… there are two major plot holes, but almost every heist film requires at least one major plot hole, and these two are both forgivable.

Sandra Bullock is amazing, Blanchett is okay, and the rest of the cast is strong with moments of brilliant. While it’s not as good as Eleven, I would say it’s better than Twelve or Thirteen by a fair margin, and definitely a great, fun heist film.

(Aside: since my butt was super numb after this… did I mention that? Why bikes be so painful!?.. I’ve switched to episodes of She-Ra for the near future. 3 episodes on an average day, 2 on a recovery day. Goal is to “bike” to Vancouver (approximately 4,200km from where I live) at a rate of 20km/h. So far I’ve gone 60km, and should go another 20km today).

Hardware is great. Theres a great story about it being a rip off of a 2000AD strip.

This Alamo Drafthouse “don’t talk” PSA is a good sample of VHYes’s sense of humor: 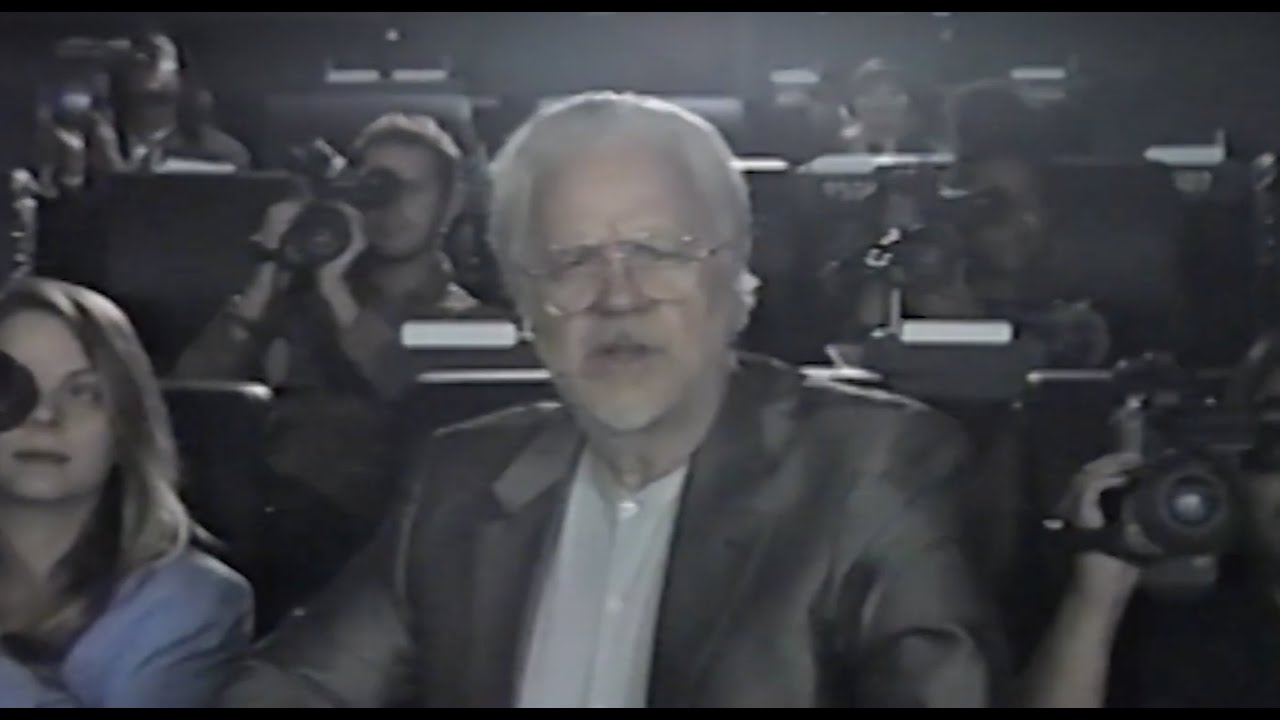 Because Filth Element was in theatres when I was in high school and one of the theatres in my city had $0.25 movie matinees the summer before my senior year. My sister and I had little money to spare and took advantage of the dirt-cheap pricing.

So that accounts for most of the viewings; the rest were a combination of enjoying a good-yet-campy movie and remembering that summer spent with my sister before we both entered adulthood and went on diverging life paths.

I probably have seen it around a dozen times. I would happily watch it again…

Is it bad to say that I went to see Matrix 5 times to the cinema??

I mean, it’s not “bad” to say… I went to see “Love Actually” in the theaters four times (four different women I was seeing at the time, each within a week of each other, and didn’t know I had seen it before).

Just a bit confusing, I suppose. I guess most of the joy for a film, any film, I get in the first viewing, or at most in the first two… after that I know what’s going to happen a bit too well, and it defeats the point of seeing it again.

There are exceptions, but even those tend to rank in the 3-5 times seen rather than the dozens-or-more.

But don’t let me stop you! If you enjoy watching something many times, go for it! I’m just not wired that way.