Does anyone drive an electric bike?

Analogous to the recent thread about electric cars… I thought I’d ask if anyone has experience with another kind of electric vehicle?

I have never personally owned a car (my partner has 2 though—our normal car and his soon-to-be-repaired Lotus Evora, you were going to ask anyway, right?) and I do almost everything—including grocery shopping for a week—by bike.

Right now the highest hills I have to face are a couple bridges to cross into the city proper. Other than those my routes are nice and flat. But we’re moving in about a year and then I’ll be living on a hill without so much as a café, a supermarket or a pharmacy so…

My budget is basically that of a small car (yeah not quite. A car does a little bit more than a bike… but I expect to be spending a four figure sum—in €) because that is what it is supposed to prevent me from buying. The bike’s eventual home will include an attached garage. If I buy it before the move it will have to be parked inside the apartment which will be tight but not impossible.

I will possibly keep my current bike. I don’t usually go on long tours, I use my bike to get to places not to ride in circles… The furthest I go these days is maybe 10-12km per direction. I do need to be able to transport at least two full bags of groceries. Or a good haul from FLGS

Edit: and I do like my gizmos, it better be shiny

Do you mean a scooter or a bicycle?

We have two electric bicycles, and they really help with hills, especially when humidity hits 80% in summer.

We have a low center of gravity one with small wheels that fits two child seats and a basket, and a regular-sized bike that fits one child seat and a basket. The second is a bit faster and easier to pedal if the battery runs flat.

(But ours aren’t shiny, they are necessary and functional) 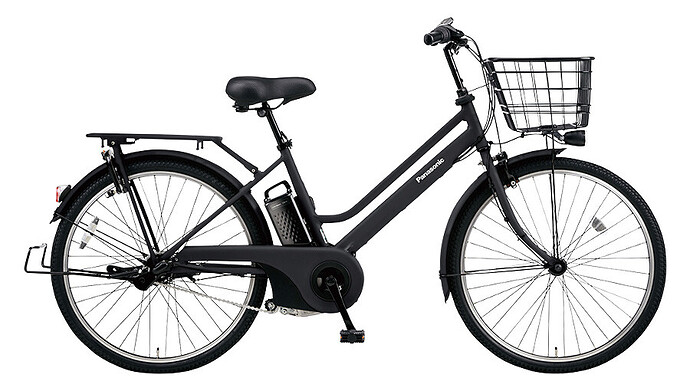 I don’t have one. I’ve ridden some, and I see the attraction for utility use. My advise is to wait, especially given your storage situation. Ebikes are heavy, and if you have to carry it up stairs, you’ll hate it. Also, the technology is getting better (and generally, a bit cheaper) , so you should be able to get something better in a year.

Do you mean a scooter or a bicycle?

Bicycle. I am closer to the Netherlands than Italy

My advise is to wait, especially given your storage situation.

I wouldn’t have to go up any stairs with the bike. For now I want to do some research. These bikes cost the kind of money that will take me months of deliberation for me to come to a decision. So my thought is to start looking now that I can be ready to shop when I have to so I’ll have one when we move in (there is also a bike shortage right now, which is one of the reasons to start looking, many parts for bikes are imported…)

Are you considering getting a Lastenrad? Depending on the kind of shopping it offers a lot of storage room.

Nope. Kein Lastendrad. I am not only using the bike for shopping but also possibly commuting and other activities. Shopping is just one of the requirements and for that I am also going to get a bike trailer eventually. We will have a car and also we don’t buy a lot of drinks regularly as we have a Sodastream and mainly drink tap water.

I did some research today (radfahren.de had some tests, I downloaded 2 of their 2021 issues). I would very much prefer to buy something manufactured locally (aka in the country, if not that then somewhere in the neighborhood).

I have a couple of local bike nerds to ask too. I just thought to source a wider circle for information

My brother has used an electric bike (for work before retiring) and now uses a electric motorbike (scooter style) for the odd mid distance trip back in GC (mainly to his country house that he is reforming to sell soon).

He loved his bicycle to bits, even though his commute was roughly just under 10 km all flat. He lives in a 3rd floor flat with no garage and no lift, so he left the bike at my mum’s house (5 blocks away, give or take less than 5 mins walk, but it is a terrace house with a corridor by the entrance where it charged overnight) and swore by it.

If you’re moving to a hill, it will make your life so much easier, especially as newer bikes are getting lighter and lighter (his bike might be 8 years old or so, and it feels hefty to move).

So, our choices were limited. We have about 4 companies all producing minor variations on basically the same thing. They all use 3 gears, the kind that switch when you aren’t pedalling. All are pedal-assist only, because the kind where you can flick a switch and cruise are considered to be in the same category as 50cc scooters, but there’s no system to assign them license plates, so they are illegal. Do you have more options in Europe?

There are more e Bikes available every year. I read two magazines from the start of the year that tested around 140 different models or so by a pretty big variety of producers. There are several types I am not interested in: mountain, racing or transport bikes. But between City and Trecking bikes there is still a wide range.

There are even several producers in the country and some (expensive) boutique producers. Some of the larger bike producers are Kalkhoff, Diamant, Hercules, Kettler and these are just those I encountered in the first 30 entries of the list. These all made bikes for many years and are now also making e bikes. There are tons of smaller companies to go through as well.

There are different motors to consider. Bosch is no longer the only option. Battery size probably grows year by year. Current models are somewhere between 250 and 1000 wH. Some have optional range extender batteries. I plan on getting something with a range of at least 70km but I won’t say no to a bit more…

It looks like Shimano is making a bunch of specialized gears and most bikes have one of their sets.

Breaks are important because even though the bikes aren’t quite as heavy any more (the lightest types I have seen are around 18kg but still goes up to 25kg on average) you still have a higher speed often. So hydraulic disk breaks seem to be preferable. For me the weight of the bike is an important factor and I don’t think I want one that’s more than 25kg.

For bikes that go faster than 25kmh there are different rules here, they are called S-Pedelecs, and you have to have a license, and a registration etc. So I am looking at those that go up to 25kmh.

Another thing to consider is: can you take out the battery to charge it? With most you can these days.

Then there’s the frame form. There is a choice between frames that have low entry which is comfortable but I prefer the look of those that have a higher bar. (I find this hard to describe). And with that many models to choose from I will definitely consider optics.

There’s much more… I just haven’t internalized all the information yet.

Interesting that your marketing lists Watt hours instead of amp hours.

I don’t think I’ve seen any models here where you can’t take out the battery.

Certainly there are hundreds of models on the market here, but as I said they all just seem to be very similar.

I feel like the market is pretty large and growing. Every year I see more people riding bikes and a lot of ebikes as well especially on the longer routes. When I was in a project for which I was commuting 10km per direction, I was a bit envious of the people effortlessly passing me on those.

I admit it is not bad but there is still an awful lot to do. We do have quite a few bike roads and bike lanes. And yet I can immediately name at least three problematic spots close to home that need fixing to make them save.
The city is currently investing in so-called “bike highways” to make it possible to go from the surrounding areas to the city fast and safe. But we’re still lacking bike parking areas. Especially in summer the city is packed full and I have been in a bike traffic jam…

Still, it makes me happy to be out and about with all those other people riding their bikes.

When I was in a project for which I was commuting 10km per direction, I was a bit envious of the people effortlessly passing me on those.

I used to ride into Brighton (UK) to work, in the olden days. It was about 12 miles and I was very envious of the ebike riders who passed me, pedalling very slowly and doing 15mph (25kph) when I could only manage about 10mph up the long hill. They were certainly a minority a couple of years ago on a commuting route.

Last week we were walking along the Tissington trail in Derbyshire, which is a very easy picturesque biking route. I reckon about half the bikes on that were electric, which amazed me both because it’s so easy to ride along on a normal bike and because electric bikes seem to be so much more popular suddenly. The market seems to have really taken off in the last couple of years. My parents do loads of cycling but are old enough to need some assistance on hills. They are on their second ebike each, and the technology upgrade is noticeable. They tend to use panniers or similar rather than a basket for things like shopping, if that’s of interest.

I admit it is not bad but there is still an awful lot to do.

After being in Copenhagen I can only laugh at anything bike friendly we have in Germany.

They tend to use panniers or similar rather than a basket for things like shopping, if that’s of interest.

I have two of those that I mainly use for shopping (I had to look up what panniers are though). Unless I am hoarding toilet paper, I can do a weekly grocery shopping trip with those bags. Baskets are way too small for a good shopping trip also not very good in the rain.

Heh, I still have my gen1 Ortliebs from when they guaranteed them as fully waterproof when submerged.

i have those… in bright red but a few years ago I bought a newer set that is easier to carry because of shoulder straps.

I am seriously thinking of getting one later this year.
I am looking at RadRunner bikes from the Netherlands.
The hill to and from the River Tyne are steep and it is the return from my new job that I am interested in the assist for.

Baskets here are huge, and we have an aftermarket waterproof cover for it that basically doubles the basket height when fully extended. It’s enough for our shopping.