Nice to see some coverage of Doctor Who: Time of the Daleks. I’d say “love” instead of “coverage” but I’m not sure Matt showed that much passion for it. On the plus side though, he definitely showed the correct amount of contempt for the phrase “Timey-Wimey”.

It’s definitely a barrier to my enjoyment of the game. I think the one time I played in person we all called them “Time Cards”.

Mantis Falls – might be fun, but I sold Dead of Winter because I didn’t feel the “there might or might not be a traitor” thing, and this game relies on that. (I’ve never played Shadows over Camelot which I think may be the ur-example of this mechanic.) Nice small box, but the twisty road is a bit odd, unless there are mechanics that explicitly say “move forward one row”.

Atlantis Rising – I wasn’t particularly enthused when this was released, and while I admit this is a very pretty edition I don’t see the game grabbing me any more now.

Scooby-Doo: Escape From the Haunted Mansion – I try to overcome my distaste for USAopoly/The Op. But their schtick seems as though it’s combining proven mechanisms with recognisable IPs, while I’m looking for either innovative mechanisms or really interesting themes (ideally both). OK, Scooby-Doo is a theme that encourages me. Also this is a one-and-done, like Exit/Unlock, which isn’t really my thing, though at least here you don’t need to destroy stuff.

Mass Transit – hmm! I know the root inspiration for this; it’s a 1969 domino-ish game called “Rivers, Roads and Rails” of which I have a copy. 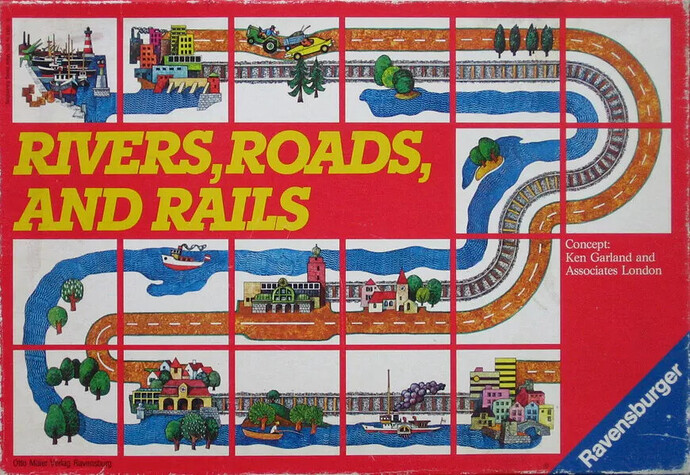 That said, there’s clearly a lot more to this game than the pure tile-laying of that one. Fun? Weirdly, I can’t get a sense from this of whether it would be fun or not. Boat station!

Deckscape (etc.) – see above re Scooby-Doo, I don’t like one-and-done.

Doctor Who: Time of the Daleks – a bit of a shame not to see a big box edition really, given all the expansions that are out there. This is another game I’d really call semi-competitive and semi-cooperative, in that if you play full co-op without caring who wins you can easily beat the game, but you have to cooperate a little bit or the automatic enemy will win.

Set a Watch: Swords of the Coin – Silly name, isn’t it? Eh, generic fantasy theme has very little appeal to me, and it’s a struggle to get beyond that and appreciate the game mechanically. (I did spot a black cat helping with the preview, though.)

The only one I am actually interested in after watching is Mass Transit.

I wasn’t bothered by it until I saw how many reviewers (like Dice Tower) absolutely LOVE it. Which made me go “Hmmm.”

Scooby-Doo: Escape From the Haunted Mansion

I heard of this at the end of 2020 when several reviewers seemed to be saying “Bear with me, I know how this looks, but it’s in my top 10”.

I have played the original Atlantis Rising way back and wasn’t convinced. until I see someone give me a direct comparison of the improvements that go beyond components… I am not jumping

though I do find there is a lack of new cooperative games of a certain type lately, that type being coop games I am interested in

Mass Transit – hmm! I know the root inspiration for this; it’s a 1969 domino-ish game called “Rivers, Roads and Rails” of which I have a copy.

I absolutely love the cover art on that old box, wow! As for Mass Transit, looks like an interesting little filler and I like the theme, but I’m not a big fan of the washy “you can kind of hint at what you have but not really” mechanic. It reminds me of Bandido. I understand the idea behind it of reducing quarterbacking I think, but it also just seems like a quite artificial way to add difficulty.

Yeah, I missed that in the preview but it’s a thing that irks me. Give me a list of permitted things to say. Hanabi gets this right, or The Crew.

I really just don’t like communication restrictions at all. Because someone is going to “cheat” and then you either accept it or you act the jerk and say, “You can’t say that”.

And then the Bridge-player thing happens where a secret language is created… which is ostensibly allowed (in some cases) but ultimately it’s just cheating with a gatekeeping element mixed in.