CHILDER OR NEONATES?
Childer are new vampires. You could have been turned into a vamp (embraced) anything from a few days ago to 15 years ago. You can only play a Thin Blood vampire if the Childer option is picked. In terms of points for character gen, the official rules say 0 freebie points, but Dr Bob is house-ruling 6 freebies for most clans and 3 points for Tremere & Banu Haqim.
Neonates became vampires between 1940 and a decade ago. Freebie points: 15 for most clans (12 for Tremere & Banu Haqim).

Because this is an Anarch game, most of the usual social restrictions which apply to Childer characters do not apply.

CLANS to pick from:

I’d like to try the combat system with expendable characters before we commit our own to it. Happy to do group character generation or solo.

I think the things that the characters find disturbing (tenets) will depend to a large extent on who they are and why they haven’t been heroic.

Unfortunately, the only opportunity for heroism in the one Vampire campaign I was involved with went something like this:
GM: “OK, the sun’s coming up. Head back home?”
Me: “Nah. I think I’ll watch.” – C. Lee Davis

I don’t have a strong feeling about Childer vs Neonates because I don’t really know what a freebie point is worth. I assume that in either case there are things that can eat us for breakfast. Here’s what I have in terms of character ideas, which may be inconsistent with the world.

Neonate: English engineer who nearly died in one of the late WWII bombing raids (possibly a V-1 or V-2) and was vamped basically to get some cheap technical consultancy. Tries to keep up with new stuff but vampires don’t really do change well, so he’s become more of a “fix it up and keep it running” sort of mechanic. Late 20s in appearance, terminal lack of fashion sense.

Childe: Polish migrant, came over to work in 2007 and rapidly fell in with a local gang. Good hand-to-hand fighter, but very reluctant to hurt people who “don’t deserve it”. Good-looking, which got him turned by one of the æsthetic sort of vampire. Really having trouble working out what to say to the parish priest. Late teens / early 20s in appearance.

I’d like to try the combat system with expendable characters before we commit our own to it.

I’ve made 5 pre-gens on the theory that I might run a one-off at Stabcon, so we could try combat (and social combat) with those. They are: Brujah, Gangrel, Toreador and 2 Thin Bloods.

I don’t have a strong feeling about Childer vs Neonates because I don’t really know what a freebie point is worth. I assume that in either case there are things that can eat us for breakfast.

Freebie points are the same as xp. The cheapest thing you can buy costs 3 points, e.g. buying a skill at level 1, buying 1 dot in an advantage, buy a level 1 Blood Sorcery ritual or Thin Blood formula. The cheapest stat boost costs 10 points. If you want to increase a stat from 4 to 5, it would cost 25 points.

A ‘traditional’ way of making Vampire characters is to blow all your freebie points on increasing your Disciplines (supernatural superpowers). You need 5 points to buy level 1 and 10 for level 2 (Caitiff need 6 and 12 respectively). Childer therefore can only afford to buy a new one at level 1. Neonates can boost an existing one to level 2.

@Roger - both character concepts are fine for the world. Lots of Poles settled in NE Scotland post-WW2, so the parish priest you are worried about talking to can be a Scot of Polish descent.

I don’t have much history with Vampire so here’s my rough impression of the Corebook clans based on what 5e has to say.

Does that seem reasonably fair? (Presumably in an Anarch campaign we got recruited into one of these, then rebelled later?)

I have a twisted idea for a Childer Brujah. They’ve observed humans becoming more solitary and interacting electronically more and more, and plan to become the sole physical visitor for some of these people, creating a herd that’s also an internet research organisation/pressure group/troll farm.

For an Anarch campaign you could…

The Anarchs were semi-tolerated on the edges of Camarilla society until the Gangrel and later the Brujah left en masse. You’ll still think of yourself as belonging to Clan X.

EDIT to add the clans which aren’t in the core rules:

@JGD That concept could work for either Childer or Neonate.

OK. Shall we try to figure out what kind of Coterie we are? One that provides night-time technical support kind of fits the character ideas so far.

As I see it they’re both basically practical people without much time for the foofiness often associated with the vampiric lifestyle. Which would lean towards Fang Gang, Nomads, or Plumaire.

I think we probably need some input from other players on Coterie. Also practical people can be hitmen, accomplish a great enterprise, protect a relic, etc so don’t rule out too many of the others at this point.

The only one I’m not keen on is the “we are all Camarilla spies pretending to be Anarchs” (Sbirri).

The only one I’m not keen on is the “we are all Camarilla spies pretending to be Anarchs” (Sbirri).

I’m not at all keen on that concept!

I probably should have listed Predator types in the original post. Everyone picks one of these:

The above are your PRIMARY method of feeding, and give you a dot in a relevant Discipline. You can also snack on other people.

Mirek, my Childe option, is probably “Alleycat”. If someone is getting a severe beating anyway, which is a thing he’s quite good at, nobody’s going to look too closely at their wounds or believe their stories.

(But the Coterie types suggest to me that the party’s main life (well, you know what I mean) should be together, rather than trying to hold down their previous employment. Is that right? In which case I need to rethink slightly.)

I’m not sure which of these two options fits my concept better?

I suspect it could be either, but the descriptions assume much more self-publicity than I’m keen on playing.

I haven’t finished my plough through the rules yet but I’d say I’d prefer a Childer character because I don’t think I could manage to play someone that young with any authenticity or enthusiasm.

I was thinking that if there were a university, I could play the Old Librarian, who spends his days in the stacks, well out of sight and occasionally seduces and even more occasionally turns or ghouls a clever young person.

As to what holds us together… Have to think about that.

Everyone… age of character is entirely separate to how long you’ve been a vampire. If you want to be 100 years old and on your birthday you got a telegram from the Queen and turned into a vampire, that’s fine. The books are full of illustrations of bright young things. Because. Reasons. Plus a guy who looks like Christopher Lee.

FYI… VTM uses the words ‘Childer’ and ‘neonate’ arse backwards. In the real world a neonate is a newborn baby and a child comes after that stage. In Vampire, ‘childer’ means you are not considered to be a ‘responsible adult’ because you are new at all this vampire stuff, so someone else shares the blame/praise for what you do. Neonate means you’ve ‘graduated’ and are responsible for your own actions/cock ups.

In game terms, your sires have a bigger input in your lives as Childer than they do as Neonates. However, since this is an Anarch game, sucking up and kowtowing to your sire, being at their beck and call, etc will be much less of a thing. Unless someone wants a control freak sire.

@RogerBW Coteries… are mainly for ‘communal plot hooks’. Previous editions of Vampire often suffered from parties who spent barely any time in each other’s company, because they were all off having lonely fun spying for the Nosferatu or organising a fashion show for the Toreador or scheming to take over the drug scene south of the river.

In this version you also have Touchstones: living human beings (including ghouls) who represent what you used to value when alive; someone who represents or seems to incarnate one of your Convictions. These people define the best in humanity for you. And a bunch of personal Convictions.

The idea is that Coterie mission, your convictions, looking out for your Touchstones, the Chronicle Tenets and/or your Predator type will sometimes clash. e.g. you could take Coterie/Tenet “protect the masquerade” and predator type “feed from family and friends” which is a masquerade breach waiting to happen.

If you want to have money and be able to pay the rent, buy petrol, replace your blood splattered clothes, etc you may still have a job. (Night shift, obviously). Keeping that semblance of normality might be something which helps your cling to your humanity. EDIT: or you could decide you have some other income you live off. You buy some dots in Resources. If you buy 5 dots you are Bruce Wayne.

Trying to think of an analogy from telly… In Stargate SG-1:
The coterie type is ‘you are an SG team who explores new planets’
Sam Carter’s touchstones are her dad before he became a tokRa, and that kid she semi-adopted and Doc Frasier
Her convictions might be Don’t let anyone know you fancy the pants off O’Neill and Anything Can be Solved with Science
The Chronicle tenets are: Protect the Earth, Promote American Values Across the Universe, etc.
Her predator type is… um, er, analogy breaking down… scientist!

@JGD I guess the public-facing aspect of both can vary.

Mirek would work with that.

Kazimierz “Mirek” Kozlowski: family in Poland are former fishermen, and he came over in 2007 after EU accession looking for work on the cod boats. It turned out to be rather easier to get work looking big and threatening and occasionally hurting someone who didn’t show proper respect to the boss, and it’s clearly not good work but there’s a family back home who need the money. And then he got turned, though I’m not clear on quite why…

Played, I think, by Przemysław Cypryański circa 2006: 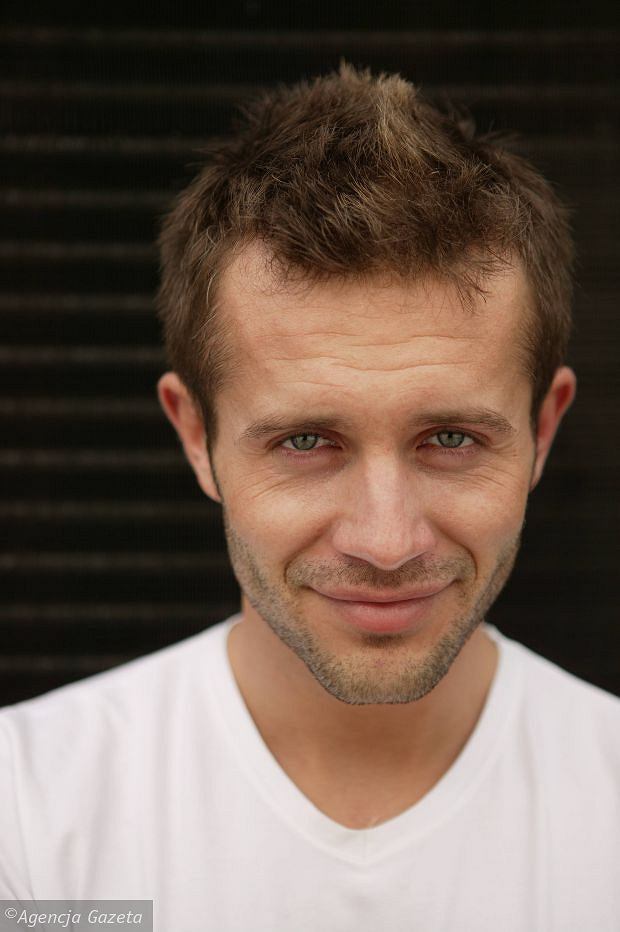 Question, do Vampires still get addicted to drugs?

Not as a matter of course, but there are flaws and advantages to make your vampire addicted to a substance (e.g. drugs, alcohol) in someone’s blood. Options are: