Boardgames in the News (and stuff)

I think we never had a thread like this. I am always interested when my hobbies get written up or mentioned somewhere that’s not already part of the hobby and I don’t browse other places that mention these types of articles (like r/boardgames) often enough. So to start here’s a nice thing I read the other day:

npr.org: A look into the wild economy of boardgames

It’s mostly about Kickstarter funding of games and mentions Frosthaven quite a bit.

I thought I might try and look for more content then for this and found this ancient “gem” on the guardian. It’s from 2015 and is mostly of “historical” value but seeing how I know some of you like the games it mentions and how the mix is weirdly weird, here is

20 awesome games (you probably heard of)

Here’s a quote from that one:

…but for the few who own a copy, it is something that remains in their collection as a treasure. It is refined, meticulous and mentally stimulating. The rules are simple but the play is nothing short of genius. For most it’s a game that’s a easily passed over but for me it’s my white whale.

That’s quite the range! I did not correctly guess the game associated with that quote

20 awesome games (you probably heard of)

Wow. Unexpected inclusion of Heroes Wanted. The game I own all the expansions for and have played exactly twice. At some point I want to sit down and work out if there’s a way to make it a better game.

Not exactly newsy news but I got another SPIEL newsletter and maybe some of you are interested in how the plans for spiel.digital are progressing… the current video is somewhat in (English)–well most of the words are anyway. But he’s showing a few interesting mockups of what they are planning. Knowing how hard it can be to get a software project (which that is) off the ground, they have very little time to accomplish this, so consider me sceptical they are going to achieve what they propose. 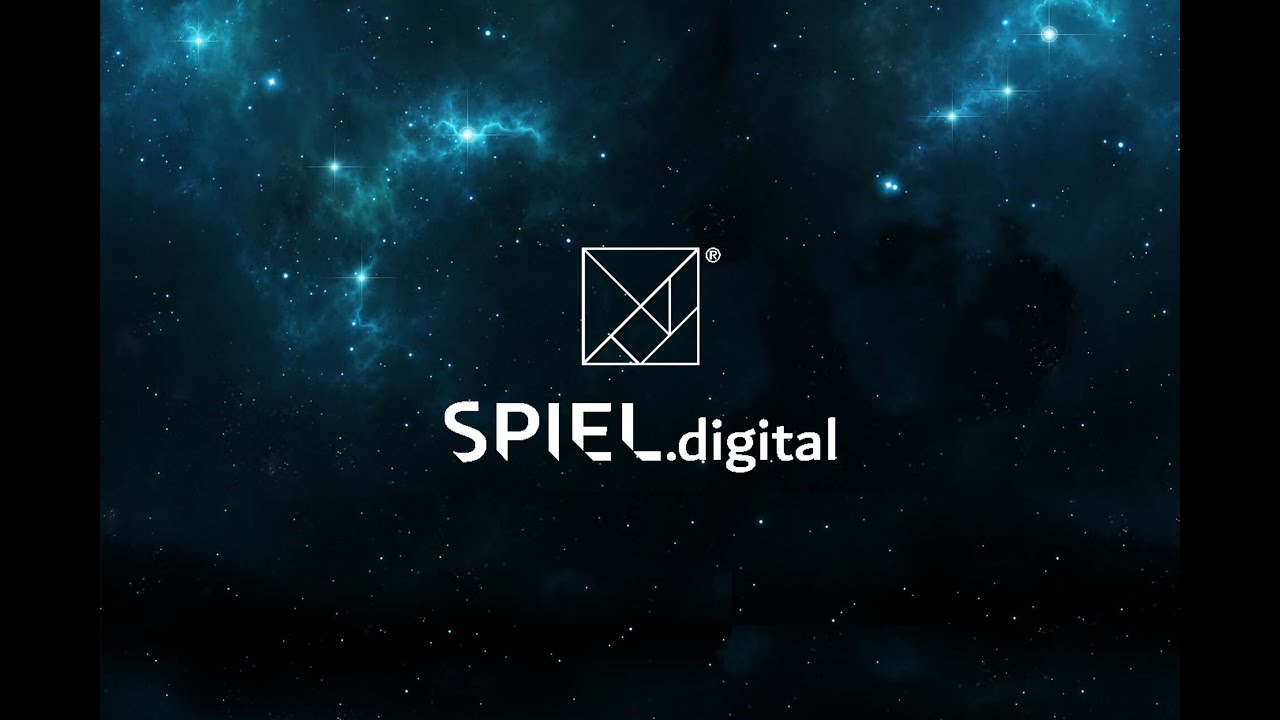 Note: I only scrolled through the video to have a look at the mockups because too many words to listen to that kept being repeated over and over and over.

Looks like they are making a website with events, gaming table, shopping and involving several well-known gaming entities including SUSD. 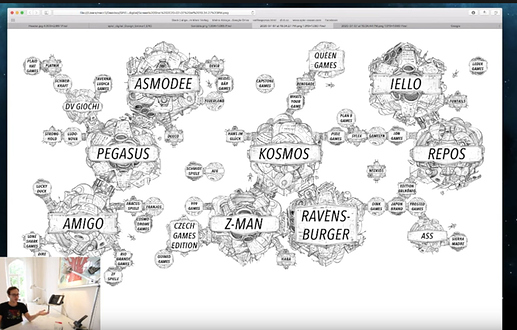 Here’s one of the mockups. There’s also one showing different boardgame themes you can browse and then each publisher will have a page with their games, a schedule of online events, links to gaming tables (online?) and (most importantly?) shopping! He said something that publishers can include links to different shopping options depending on where you are to reduce shipping cost etc.

But as noted, I’ve only listened to a few parts of the lengthy thing.

I won’t rest until every copy of that game is burned to a cinder.

I’m sorry. I can’t not see “ASS” in the lower-right corner.

Well that is for the ASS Verlag. Considering the German word Ass means “ace”–as in the card–it’s a pretty good name for a boardgame publisher.

But then so was the name MR2 until Toyota sold them in France.

edit: how many typos can one short post have? and why do I always notice them after posting but never before?

I won’t rest until every copy of that game is burned to a cinder.

Well you’re not having mine.

Oh Michael, I didn’t mean it. Maybe you could invite me round for dinner and I could explain myself better?

Fine by me, just give me a bit of time to hide the ethanol and the matches.

Glasgow the board game gets an article in Glasgow newspaper: https://www.glasgowlive.co.uk/news/glasgow-news/glasgow-board-game-puzzle-player-18614449

Interesting as it isn’t even out yet. 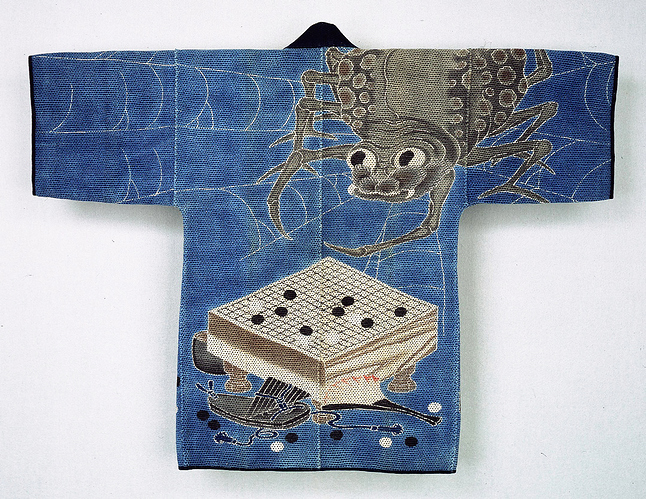 Of the example coats in the linked article, two include depictions of the board game Go, speaking to its popularity and significance in Japanese culture at that time.

thought I might try and look for more content then for this and found this ancient “gem” on the guardian. It’s from 2015 and is mostly of “historical” value but seeing how I know some of you like the games it mentions and how the mix is weirdly weird, here is

I remember that article. I’m pretty sure I commented on it

I’ve got another one but only if you speak German. Still it was quite interesting to listen to this on the local radio station where they interviewed the CEO of Ravensburger Spiele.

So they talked about how he’s the great-great grandson of the founder. Ravensburger was founded in the late 19th century when for the first time people were considering how to better raise kids and so they started as a maker of toys and games. He’s the only family member currently working at the company.

They are talking about how Ravensburger has expanded worldwide and how each market is different, how Germany is still a boardgame country, France is buying more toys like tiptoi, Americans like strategy games more than anything and they are finding that in Japan people want only the highest quality in products.

He’s currently playing a game called “Level 8” with his family.

Their headquarters are situated in the city of the same name in Southern Germany (actually a 2-3h drive from me). Ravensburg is absolutely pretty (I’ve been there several times) and close to Bodensee which is also worth a visit or three. But Ravensburg is not a city but rather a small town and it hasn’t always been easy to find people wanting to come and work there. He’s saying the current economic crisis will hopefully let him find good people to work at the company… as far as I can tell from the interview the company is thriving.

Also, I kind of knew this but didn’t realize they have their own software department digitzing their games themselves.

Personally, I had no idea how much Ravensburger had expanded… and he didn’t say a single word about the latest game they apparently announced just a few days after the interview (Princess Bride themed adventure game) so I am assuming he thinks it is not for the German market

From the Guardian this week. 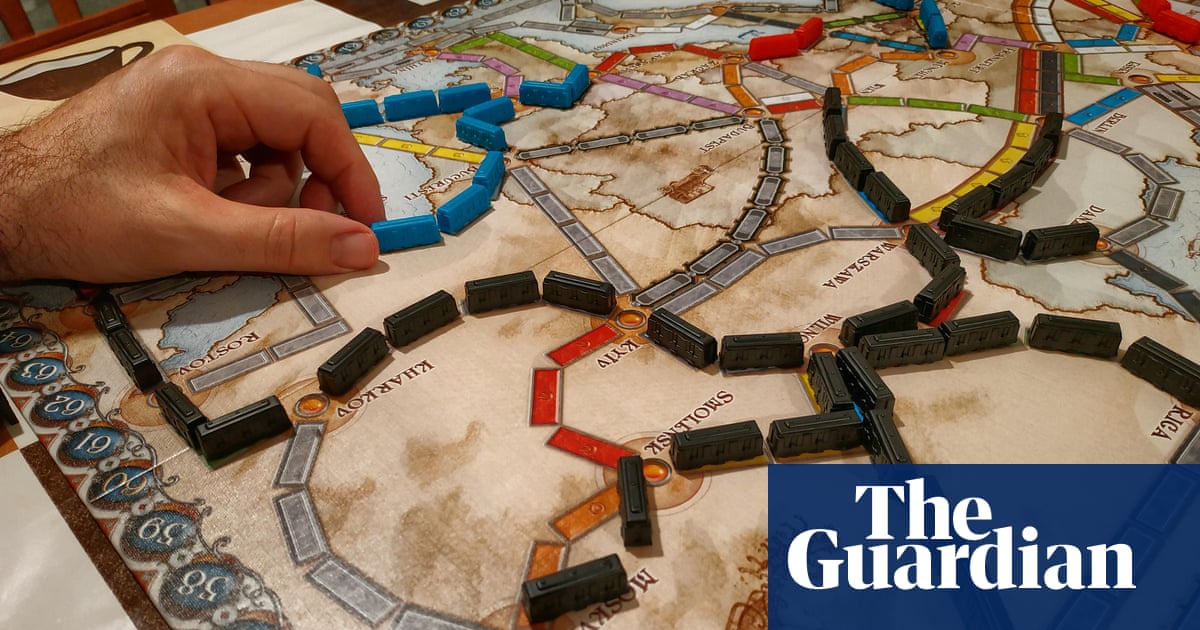 Strategy board games to help you escape Covid

They can easily cost £140 but games have helped to make the last few months a lot more bearable, say users

Oh, so that’s what Angus is up to these days! Interesting that the only really “modern” one they recommend is Wingspan…

Why is Wingspan so expensive in the UK?

They got a nice selection of gateway games. But this wasn’t the internet if I didn’t feel like I know better… so I would have liked if they replaced Takenoko with something more recent like maybe Quacks or Azul.

I think it’s because it’s often unavailable. Looking at BoardGamePrices, the places that have it “in stock” list it as about £55-60, but places where it’s out have it as around £45.