As someone who’s been gaming for 8-10 years or so (I can’t tell exactly how long, it was a gradual slippery slope!), I’ve come to realise I’ve completely taken for granted how much ‘literacy’ there is to gaming. With my old group we could dive into most light/medium games by naming the mechanisms, explaining any weird quirks that go against the convention, and pointing out the win conditions/point salad. Maybe that’s a bit of an exaggeration, but the teach was never the predominant part of the evening unless it was something particularly heavy (and even then it was the norm for those sort of games that everyone should read the rulebook before turning up).

Now I’ve inherited a group of relatively new gamers, The Teach™️ has become so much more laborious. The shorthand language to help them isn’t established and so explaining (what I consider) the simplest things becomes a 5 minute drag through confusion. It’s sometimes even the case where someone pulls out a game and the first question is how difficult it will be to learn, which can feel like setting up a pattern of behaviours that then creates obstacles for future sessions before it’s even started! Rather than being able to launch into a game, selecting something to play becomes a brain drain in itself. By the time we get round to playing I feel like I’d rather just go home!

Finding gateway games that can bridge over to other more complex games has been interesting, but with limited free time I sometimes feel like I’m handicapping my enjoyment for the group as a whole. I hope as experience grows so will the options, but I don’t feel it’s sustainable to focus on an aspiration of building other players up to a point they may never want to get to. Maybe we’re just incompatible!

Whenever I lose hope someone will pull out a game they want to try that is relatively complex and it goes surprisingly smoothly - for example, Brass and Great Western Trail were a breeze. They can clearly learn quite well when they’re not so intimidated by initial appearances.

Has anyone found similar? How to overcome this?

I’m not sure it can be overcome. Like relationships, you have to be lucky enough to meet people who are already on the same path, or who are inclined towards the same kind of game. Er, wait, relationships aren’t games, but you get the gist.

Additionally, it seems to me that all the newer games coming out are dizzying amalgamations of different mechanisms.

Older games tended to have one core mechanism with often one or two other mechanisms layered on top.

Modern games are “set collections deckbuilder with action point asymmetric player powers” unless you add in the expansion that adds a rondel dice draft worker placement.

I belong to a large game group that organizes through MeetUp. Or did in the before times anyway. There are always new people coming with varying levels of gaming experience and interests. Teaching games frequently starts with rattling of a list of ideas and asking who knows the terms “Set collecting, area control, and worker placement? We all comfortable with them?” Anything that gets a no fro anyone is explained in more detail while everything else is skimmed over just in how it fits in that particular game. It usually works OK and the regulars are pretty good at finding games to fit the interest levels of the newer people.

Usually. Despite the group page trying to be pretty clear about what we do, every few months, someone new will show up looking to play Scrabble and Monopoly. This type of person gets overwhelmed by us pretty quickly no matter how hard we try. We pull out lighter games, sometime with a little success but most of the time with no success at all. They rarely ever come back again. Even the games we think of as light games, they are frequently completely dumbfounded by. Deckbuilding is one of my favorite mechanincs and it will take 15 minutes to explain the basic concept of the individual draw deck, the individual discard pile, when to discard, when to draw, and when to shuffle the discard pile to form a new draw deck. Even with that, about 1/3 of the time, part way through a game, I’ll realize they have no distinct discard pile or draw deck and I have no idea what is happening in their player area anymore.

The people I know who are Not Boardgamers are often mildly stunned just by the idea that there are thousands of games out there. Their mental model often seems to be “you learn one game, and you play that game a lot until you get bored with it”.

I’ve had most luck playing with them one on one (TTS is good for this) and introducing things at their own pace.

I think you can see how we all take things for granted when it feels that many of the big tabletop gaming podcasts find themselves remembering (though seems to be as one offs) this and explaining what many within the hobby would see as very simple, entry level ideas. It feels like everyone has had to have a punt at explaining what a trick taking game is despite it supposedly being one of the oldest and most widespread card mechanisms.

I do on occassion wonder about the laziness of a person who would email the Dice Tower to ask “what is a roll and write” in the hope that they provide an answer within the next few weeks/months versus simply asking Google (which is what I did), but hey.

Modern games are “set collections deckbuilder with action point asymmetric player powers” unless you add in the expansion that adds a rondel dice draft worker placement.

Ever since making this joke, I’m now dreaming of placing dice as workers on a rondel after drafting them…

Ever since making this joke, I’m now dreaming of placing dice as workers on a rondel after drafting them…

I could see that working.

To be fair to the designers, I think that quite a lot of the simple “look, we’ve got this mechanism” design space is now occupied, and to appeal to people who like the beauty of the mechanism you need to get more baroque.

Blackout Hong Kong has got to be close? And it’s a Pfister game. 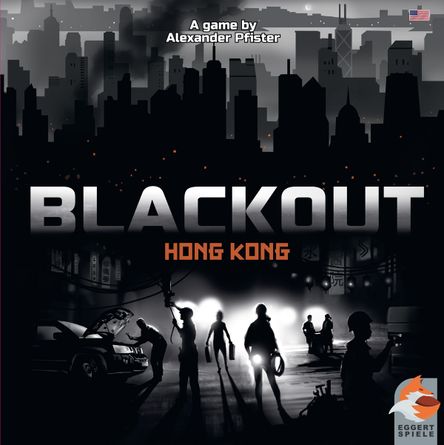 Manage ever-changing resources & a network of various specialists to save Hong Kong!

Finding gateway games that can bridge over to other more complex games has been interesting, but with limited free time I sometimes feel like I’m handicapping my enjoyment for the group as a whole. I hope as experience grows so will the options, but I don’t feel it’s sustainable to focus on an aspiration of building other players up to a point they may never want to get to. Maybe we’re just incompatible!

This is why I stopped bothering with these so-called Gateway Games. I now play light games with “newbie regulars”. Light games that have very good design with the intend of playing these repeatedly, rather than using them as a tool to bring people up to speed - which explains my large number of Knizia titles. Of course, that is the path I chose, not necessarily stating that this is the correct way.

I now only have a selected number of medium to heavy weight games. And I dont miss GWT or Marco Polo or other mid/heavy games I have sold throughout the years.

Yeah, this is how I intended it. I tend not to play the cliche gateway games other than the occasional Codenames. I like to play lighter games as part of the night, but a decent midweight makes a game night for me.

For clichéd metaphors, lighter games for me are popcorn. Great snack, but I’m not going to eat it all night and call it a meal.

Teotihuacan has dice as its workers and has set collection amongst other mechanics. 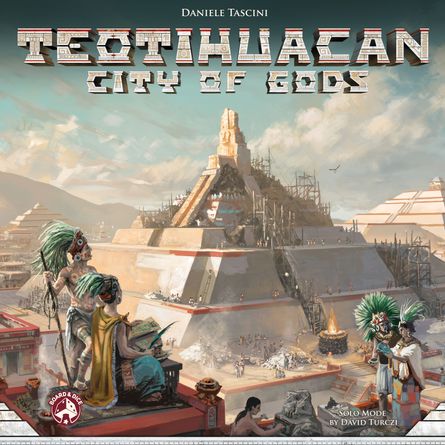 Use your worker dice to raise the legendary and breathtaking Pyramid of the Sun.

I think the only mechanic missing from @pillbox’s post is dice drafting!

I think @pillbox has Seasons

EDIT: Also, Teotihuacan is on my wishlist - positioned quite high

I see! I understand now.

Sorry. I have gone sour with the term due to how some people view this class of games.

This, however despite still making sense to me, is not how the term is used.

I have gone sour with the term due to how some people view this class of games.

I know quite a few people who get frustrated with gamers who want to just keep playing the light stuff and not get into a real crunchy heavy game. (I am often one of those latter gamers, or stuck somewhere in between.) Fortunately in the local groups everyone’s polite about it and usually willing to try something outside their comfort zone.

This, however despite still making sense to me, is not how the term is used.

I feel that the term has so many definitions dependent on the person:

Personally, I use it for somewhere between the first and second, though I am starting to come round to using it for the third. Some games I think of as quite simple suddenly aren’t when you need to explain an entire mechanism.

I do find it insulting how some people class certain games as beyond the comprehension of a non-gamer, as if ‘gateway’ games are the only games they can possibly cope with. Very few games are that complicated. It’s totally down to the person. For example: My dad is great at learning games, even though he had previously not played anything beyond the Washington’s classics. My mum has thrown a full on tantrum because she couldn’t learn a game.