I don’t think we have a topic for this - it’s not foamcore/storage, and it’s not (necessarily) self-promotion How have you enhanced your board games, either stuff you’ve made yourself or stuff you’ve got in from elsewhere? Components, storage, etc.?

Here are some samples on the printer last night: 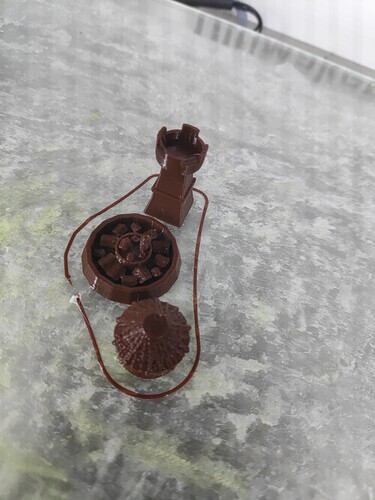 “But Roger”, you ask, “why didn’t you just buy the deluxe edition that comes with plastic markers?” Because I absolutely didn’t want the “banner” markers which replace the army cubes. Also, swapping in a different-coloured city piece should be easier to read than putting a cube on top of a standard grey city piece.

“But Roger”, I ask, “why have you decided to make your deluxe board game components from chocolate?”

I suppose it is nearly Easter. And if your opponent can’t resist eating their game pieces it gives you the upper hand.

Oh, if only I could 3d-print in chocolate…

(A chap I knew ran Torg back in the day and discovered that some of his players really could not resist eating the sweets he used as Possibility markers, even though it meant they lost all their experience points…)

I love my Power Grid Upgrades, then only game I really want to be green shocked powerplant face 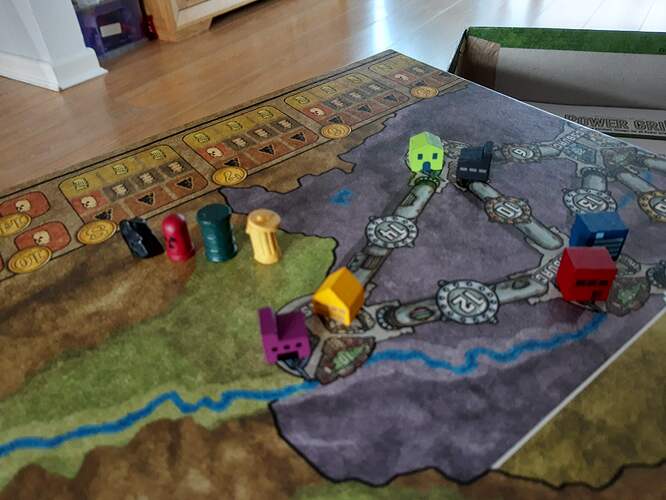 It’s totally unnecessary but I printed some castle towers to act as flags for Battle Line Medieval. I haven’t painted them yet though so they’re still black. They help with being able to see the boardstate better and making sure you don’t lose 3 adjacent lanes but they also justify the twice as big as it needs to be box by filling that big empty space. 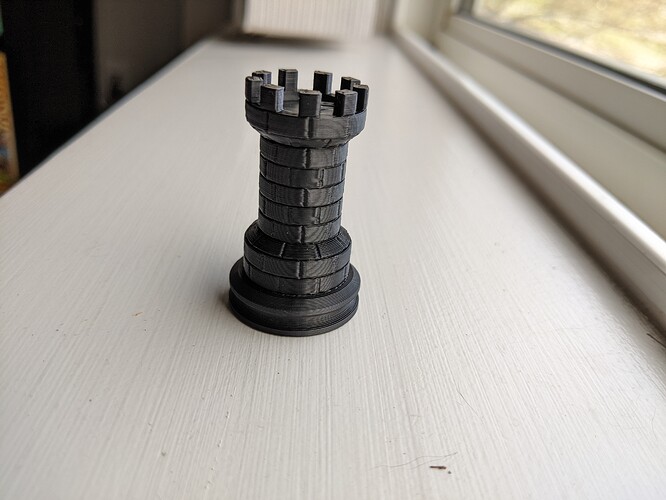 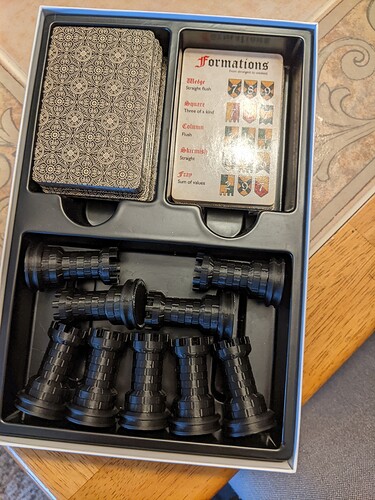 I don’t have anything in the way of any cool DIY upgrades, but @Acacia’s recent thread reminded me that I’ve got a nice little hackjob copy [of Mottainai].

I’ve got Mottainai Deluxe’s white deck in the Mottainai Mini box, and the player mats are sleeved with stiff plastic card holders. Simple stuff but the mats are far less annoying to use with some heft and thickness (I’m guessing we won’t even use them as intended eventually). The Mini box is of course far more portable, and the cards from the Deluxe edition are superior to Mini’s, and the white backs aren’t as prone to marking/flaking.

I have Mottainai Mini Deluxe. Booyah.

I forgot to take a picture when it was out last night, but I’ve replaces the clear tokens in Lords of Vegas with wooden cars and the scoring tokens with poker chips.

I played in a convention game of Feng Shui where the GM was using sweets as tokens for the bad guys - skittles for Mooks, with bigger sweets for named bad guys and bosses. The character I was playing was designed to take out lots of mooks, so I got to eat lots of skittles!

I replaced the scoring tokens with wooden planes.

Oh wow! I actually have that size sleeve for some PnP stuff I did. Never thought of it, but sleeved mats would revolutionize play. Sleeved Mottainai, here I come!

“So, mr champion, what special ability helped you win?”

Note that this required the removal of the little card divider, but you can always toss in a little strip of foam core or something to handle that. I’ve just left things as-is since the deck never needs separating even if they did mix up. Also, depending on the protectors you use, you could have a tight squeeze. Mine are so close to the box dimensions they need to be on top, just won’t fit at the bottom.

RE: tight sqeeze, my sleeves and my mats are EXACTLY the same size. I was able to get it in with a lot of effort, but couldn’t get it to lie flat. Ah well.

I picked mine up from a company that sells knick-knacks from Japan, which is really only notable because it’s an easy source for ISO-A sized stationery. I’m so unfamiliar with the format that I’d need to guess mine are A6? They’re something very similar to these: 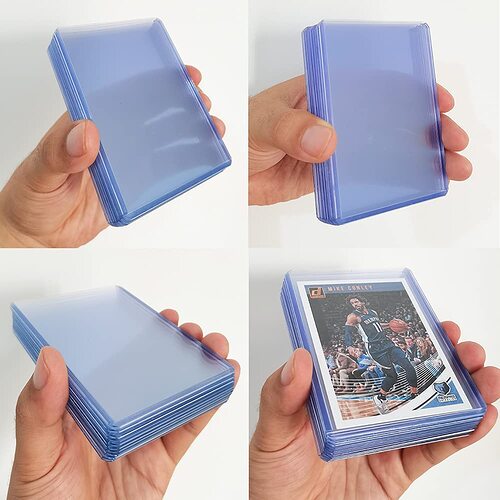 Hmm, that’s definitely not right. I’m gonna need to check if maybe I did indeed use some Ultra-Pro side loaders or something. One sec.

Oh and here’s a quirk: we get stuck with the US formats but use metric. Yay. 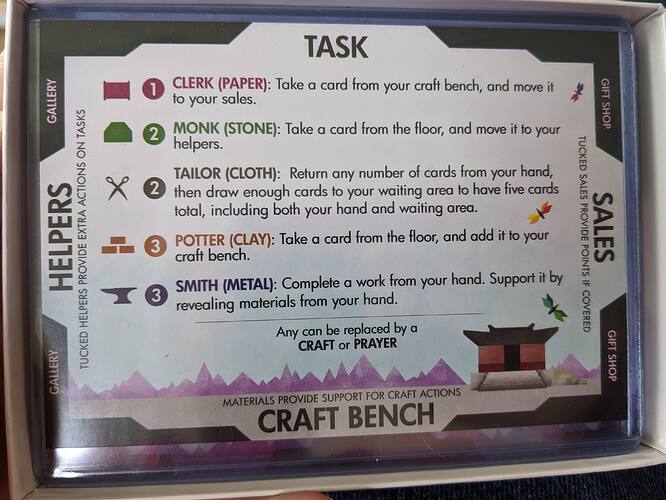 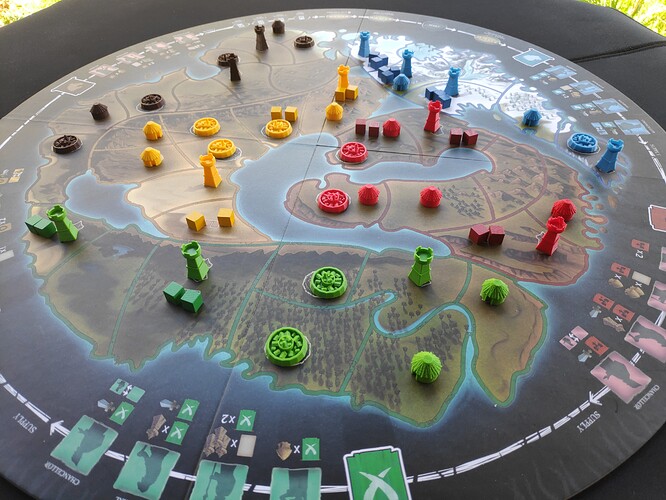 Weirdly think you should print some cubes - it does look very nice.

Interesting. I think I would have just left them in a neutral color, and just used the map or cubes present to determine ownership. Still looks really nice though!

That’s what the official deluxe ones do. I find this approach easier to parse on the board.