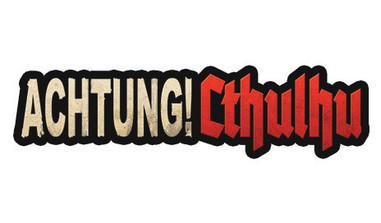 (Roger notes: this feels strange, because I’ve already been running an occult WWII game - non-Lovecraftian - for some years. But that means that I know WWII, and I know Lovecraft, so…)

Session 00 - You’re In The Army Now: Whom does the British Empire find to serve it in time of peril? This shower.

Session 1 - Three Kings: That Right Turn At Venice: Dropped from a Whitley over occupied Bohemia, the team rapidly makes contact with the locals.

Session 2 - Three Kings: Amusing Savannah-Based Nun Stories: The team talks to the Resistance, and makes its subtle and stealthy way between villages.

Session 3 - Three Kings: The Ghost That Stabs in the Night: The team meets the Resistance leaders.

Session 4 - Three Kings: Kindly Shiv the Kraut: He must be on our side, he’s a priest.

Session 5 - Three Kings: S and M Bayonets: In the castle, outnumbered twenty to one, with only a vague plan for the mission and the garrison on alert. Those are the sort of odds we like. Ideally for the opposition, though.

A quote from the chap at work who is the child of white Kenyan farmers: “Kenyan born, Kenyan bred. Strong in the arm, thick in the head.”

I think the song Der Furher’s Face is in the public domain. The Donald Duck cartoon may affect that though.

It also strikes me that Nick could offer his version of Men of Harlech to continue the previous welsh theme.

At the very least I can plug it in here:

So many enjoyable listens to Spike Jones records with my grandfather. A music teacher himself he was always particular to point out sections of the songs to me. And to explain who the heck Goering was to a kid in the 1980’s. Per Wikipedia:

‘Jones’ son, Spike Jones Jr., called attention to the precision of his father’s most outlandish musical arrangements: "One of the things that people don’t realize about Dad’s kind of music is, when you replace a C-sharp with a gunshot, it has to be a C-sharp gunshot or it sounds awful.”’

Session 1 - Three Kings: That Right Turn At Venice: Dropped from a Whitley over occupied Bohemia, the team rapidly makes contact with the locals.

So just how did the team get to the site of the mission?

The book mentions “Castle Karlstein, some 25 miles (appx. 40 kilometres) southwest of Prague” (p. 3). Let’s call that more or less Hostomice (Beroun District) in the real world. A direct flight from London would be about 630 miles each way, well within a Whitworth’s normal operational range of 1,650 miles (and we’ll probably get a bit more since we’re carrying commandos rather than bombs). But a direct flight from London also crosses Germany, which might be frowned on even in times of nominal peace.

Option 2 would be to divert round Germany, crossing the neck of Denmark and going south along the western border of Poland. If we start somewhere in Norfolk, that’s about 910 flying miles. Pushing it a bit.

Therefore I think we need to go with option 3, which is the same route, but the Whitworth refuels in Poland on the way home after the drop. This is a military aircraft so there will need to be some sort of official notice taken, but Section D will do its best to keep that quiet, perhaps cooperating with Polish Intelligence to make it happen.

(I’m not blaming Sarah Newton for this omission - from the point of view of the PCs the details of air logistics really don’t matter. But I like to be able to put things together; and it’s an excuse to bring exiled Poles into contact with Section D once the war’s started.) 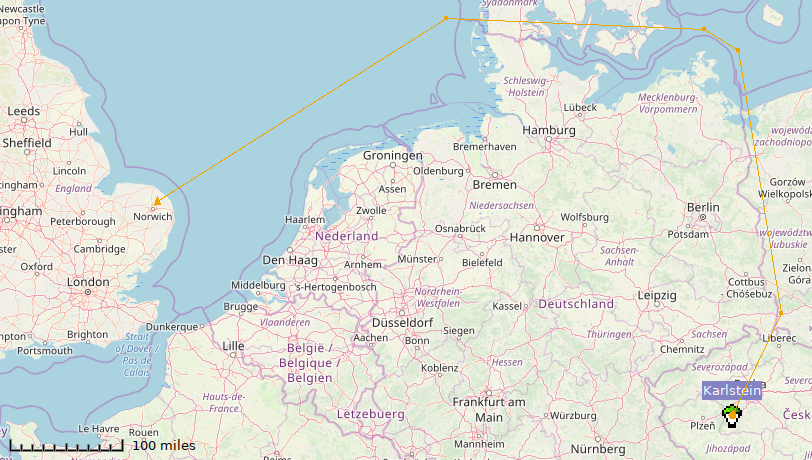 (I note that there’s also nothing in the adventure about how they’ll get out. Again, that’s not what the adventure is about, so fair enough. I suspect the best bet may be “dump the weapons and pretend to be civilians, then get to Poland”.)

Whoa whoa whoa! Hold on there, Hoss. You’re telling us this now?

Session 2 - Three Kings: Amusing Savannah-Based Nun Stories: The team talks to the Resistance, and makes its subtle and stealthy way between villages.

Some rather unfortunate imagery there with John mentioning just after Nick’s comment about the Hulk and the Thing that he was dressed like a Sub-Mariner!

It does get awfully warm in my house.

Happy to support. Y’all‘ve provided a lot of good times since I stumbled across the Rebel Breakout recording almost six years ago.

Do you lose or recover sanity if your teeth snap your meerschaum? Could go either way.

Session 3 - Three Kings: The Ghost That Stabs in the Night: The team meets the Resistance leaders.

The magic potion is, of course, tea.

If the Ealing Comedies had included a war film, that’s probably what I’d use for mental casting.

Session 4 - Three Kings: Kindly Shiv the Kraut: He must be on our side, he’s a priest.

I’m pretty sure the characters in Roger’s other WWII campaign have always been more capable than this crew, but they aren’t nearly as funny.

The military ones have a few more skill points that standard starting CoC characters, but they’re still basically starting characters, where in Irresponsible and Right they had 150 standard + 75 magical points in GURPS4.

And CoC can be ridiculously swingy as well.