A farewell to Clive, and another part of my childhood

Tonight I’m sad to hear of the death of Clive Sinclair. The ZX Spectrum was a big part of my early years and, although I probably would have been a geek without it, I wouldn’t have been quite the flavour of geek I am now.

The BBC film Micro Men is highly recommend if you have no idea about such things, if only to hear the immortal phrase ‘Jet Set Fucking Willy!’

The good old Spectrum brings good memories, a couple of friends had the Spectrum 128 in the 80s. I had an MSX myself, but good times were shared by those. Specially when loading games from your tape recorder, you could have a chat and get hyped about playing for a good 20 mins or half an hour sometimes…

Oh goodness, we had a little silver pen which we wrote over the volume disk to make sure it was in the right place to load the game, not always successfully. ‘R tape loading error’ still haunts my dreams.

I first learnt some programming skills on a Sinclair QL borrowed from my uncle. About 10+ years after it went out of production.

I had a Spectrum as a kid, loved it. Even saved up to get the 48k memory! Amazing little computer.

The piece of software I’ve always wanted to write would allow people to upload a photo and get back a ZX Spectrum loading screen of that photo being assembled line by line, then eventually coloured line by line, with the appropriate loading sounds and flickering border. With correct sound of course. The tone change between building the picture and colouring it would need to be done right.

I picture it being used at my funeral. Definitely should have been at Clive Sinclair’s.

I had a ZX81 (1k with a 16k Ram pack) and then the Spectrum +2. Loved them. They truly grew an entire generation of programmers in the UK. 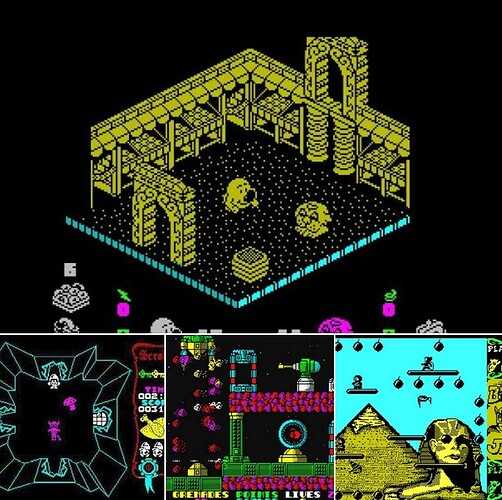 Incidentally, anyone with Spectrum nostalgia, check out these guys:

A company dedicated to bringing you high quality retro books - a unique selling point of our books is that they include memoirs from those who created the games.

Who are the ones who did this:

I kept all my Crash magazines (starting at issue 8) for a long time, but a few years ago I made the very tough decision to ditch all my Spectrum nostalgia and binned the magazines as well as all my tapes. I just have the original Spectrum now and my XOR tape

Folks won’t want me to point them to the SPECTRUM NEXT, then, which is a modern remake machine that people are writing new games for: 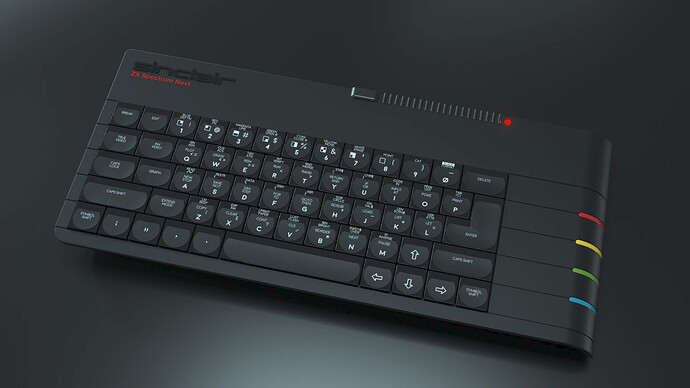 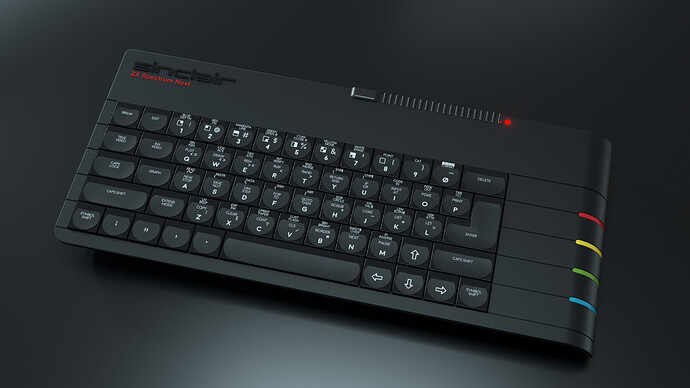 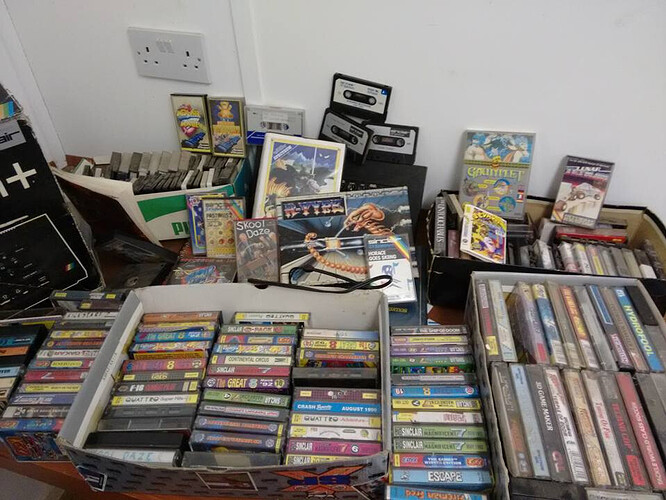 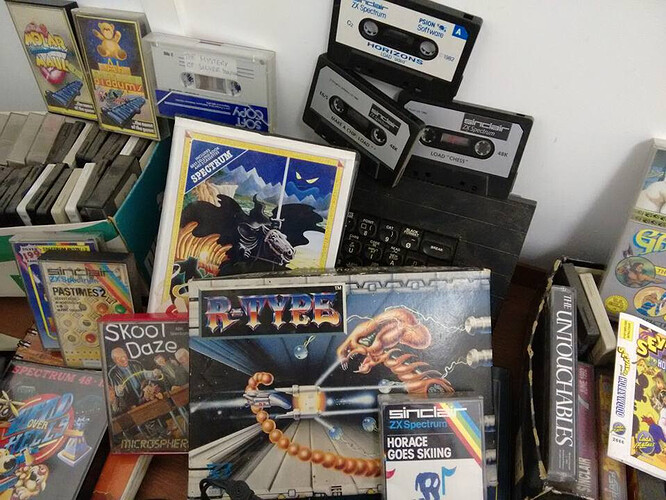 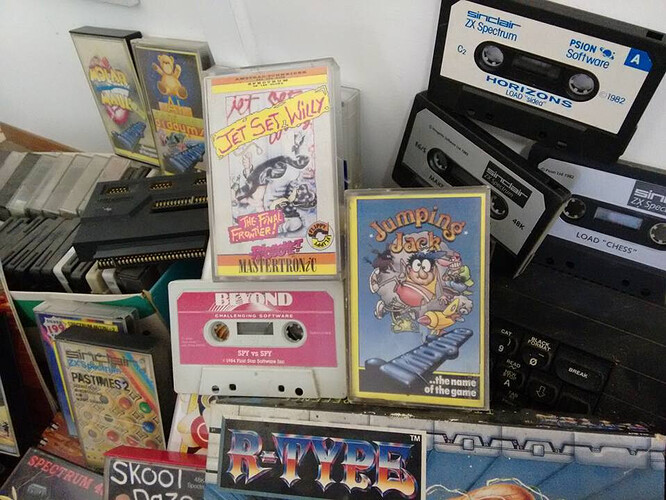 I feel quite a pang about not having all this stuff any more.

(First time I’ve not had 10 characters to post. Just… omg)

That is an amazing collection.

Occasionally he produced things that were utter rubbish (I’m thinking for example of the TV80, with its side-mount CRT and Fresnel lens even though LCDs were being developed, or the C5 with its lead-acid batteries and on/off throttle, or the 8-track-style floppy-tape drives in the QL) – and unlike other companies that happily sold utter rubbish, he never managed to make them stylish and expensive enough to become an exclusive snob thing.

(And I’ve ridden an A-bike, briefly. Not on English roads, thank you very much!)

But it really only takes one or two really good things to make up for the failures, and while I didn’t have a ZX machine myself (production delays, we got a VIC-20 instead) I definitely felt the halo of general interest in computers boosted by them.

…if only to hear the immortal phrase ‘Jet Set Fucking Willy!’

Which can be heard in this astounding musical masterpiece.

He was easy to mock for the unreliability of some products and the impracticality of others, but how many people have the sort of impact on an entire generation that Sinclair had? An affordable, accessible, programmable home computer was the key to the future for so many. For others it was a way to play 99p games from the petrol station; and is there anything wrong with that?

I just listened to a very good podcast about Sinclair and especially the ZX80, ZX81 and ZX Spectrum last month

It is unfortunately a German one, but very entertaining. 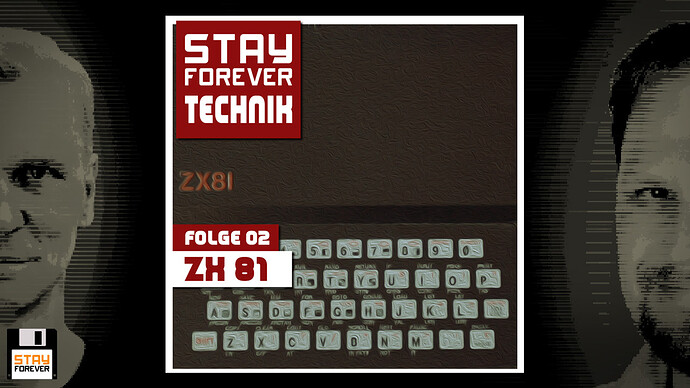 Oh rats, my German won’t be nearly good enough for that, but thank you!