The mystical defences of Britain

A long time ago in a country far awayI found myself sharing a loose end with some but not all of my core players, a player in my regular fantasy game who wasn’t in my regular SF game, a player in my regular SF game who wasn’t in my regular fantasy game, and two friends from out of town. I was pressed into improvising a wholly self-contained one-session adventure, which I had to prepare in the twenty minutes likely to be available while the players were generating characters. I told everyone to generate a character in the UK in 1939 who for some reason would not be liable to military service in 1940, and who had some sort of connection to family of gentry who had a country house in Cheshire close enough that they might receive and accept an invitation to spend a weekend there in the summer.

I had my prep done in seventeen minutes, and the adventure turned out to be one of my most memorable successes ever. It ended with the PCs dying of hypothermia in an underground lake in the Austrian Alps at the end of May 1940, and either hallucinating or being rescued by fairy queens punting barges draped in shimmering samite. My horn thoroughly deserves to be blown, and I am not above blowing it myself, but that’s not actually what I am writing to you about.

In the interlude in the middle of this adventure I gave the players an indication of how the matter in the first act was going to lead in to the second act, in the form of obscure news articles that the most scholarly of the PCs put together. These were reflections of operations by the German secret service to destroy or steal or inactivate the supernatural defences of Britain. But since this was before we had the Internet for GMs to do prep with I had to go with the supernatural defences of Britain that I could recall off the top of my head. So there was a break-in at Buckland Abbey in which Drake’s Drum was stolen and burned, the Stone of Destiny disappeared from Westminster Abbey, the ravens at the Tower of London were poisoned, and a mysterious excavation occurred on Anglesey.

Occasionally I dream of running a campaign in which the PCs are engaged in clandestine skirmishing against a campaign by the Ahnenerbe and the Brandenburgers to systematically destroy all the supernatural defences of Britain, from Bran’s head to Drake’s drum by way of preventing Arthur from returning from Avalon (Glastonbury?). Or of running some sort of variant on the original adventure, perhaps in a different period and with Britain facing a different existential threat.

So anyway: according to actual legends and folklore and even sufficiently hoary fiction, what are the mystical defences of Britain, and where are they kept or hidden?

I’ve used the ravens at the Tower, but this kind of thing hasn’t been a major focus of my occult WWII campaign. You should probably include the London Stone. 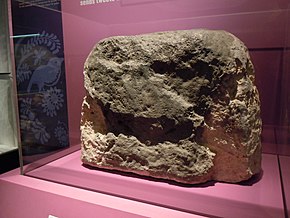 London Stone is a historic landmark housed at 111 Cannon Street in the City of London. It is an irregular block of oolitic limestone measuring 53 × 43 × 30 cm (21 × 17 × 12"), the remnant of a once much larger object that had stood for many centuries on the south side of the street. The name "London Stone" was first recorded around the year 1100. The date and original purpose of the Stone are unknown, although it is possibly of Roman origin. There has been interest and speculation about it s...

Excellent! I’m going to start keeping a list. We have:

The Ancient Yew of Tisbury, a contender for oldest tree in Britain and very probably the oldest in England - or for slightly different symbolism the Bowthorpe Oak.

As an early reader of the Chronicles of Prydain I tried to set up the 13 treasures of Britain in adventures a few times. Bardsey Island may provide a useful setting for its connection to that legend as merlin’s resting place, it’s history of its own “kings”, and the opportunity for U-boats mystically sneaking around in the Irish Sea.

Had you thought of Roger Bacon’s brass head? I think I used it in my campaign set in England in the 1920s.