Yeah I spent some of yesterday evening just clicking through various cipher decoders in a hope that one of them would work. I even tried an Enigma decoder but couldn’t quite figure out how Legacy might match up with the code wheels

It doesn’t help that I’ve completely forgotten the plots of S1 and S2 and no longer have my copies of the game.

We have a board photo! Pandemic meets Twilight Struggle. 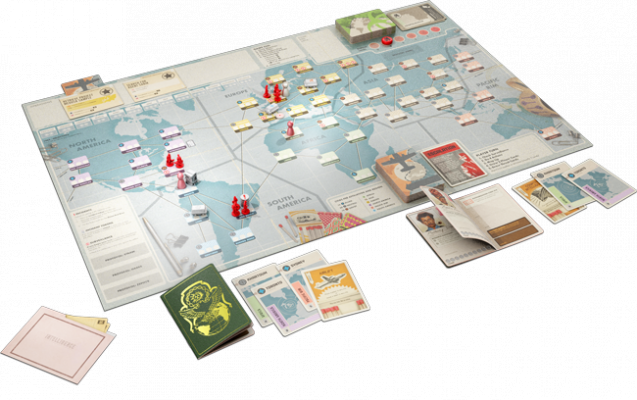 Its year 1962, middle of the Cold War. You together with other graduates of medicine were recruited by CIA to partake in an important mission. Your objective is to research new dangerous bioweapon coming from USSR. You have to learn this suspicious pathogen at all costs. State of the world is in your hands!

“obviously this blue part here is the land”

Actually it’s an alternative reality where the land is the sea and the sea is the land.

Looking at the bigger version of the image on BGG, there’s extra steps on player turns. Maybe others could see that on the version here but too small for me.

Wonder what surveillance and mop up will do.

Cities are 14 Allied, 20 Neutral, and 14 Soviet and there’s vans, I think, for each of the three on the board.

Spots for I assume stickers for Protocols Straw, Hades, and Zephyr.

Gah! I want to play not search a picture for little hints!!

Is Surveillance the new Epidemic track? Maybe with handicaps or something of state change as the track increases?

Mop up - maybe instead of clearing cubes like S1 and pick up and deliver in S2, theres some kind of dropping things off that then do independently things in the mop up phase?

Is the new pandemic communist ideals?

You maybe go around the world deploying fast food chains and consumer electronics to scare off the “red menace”. 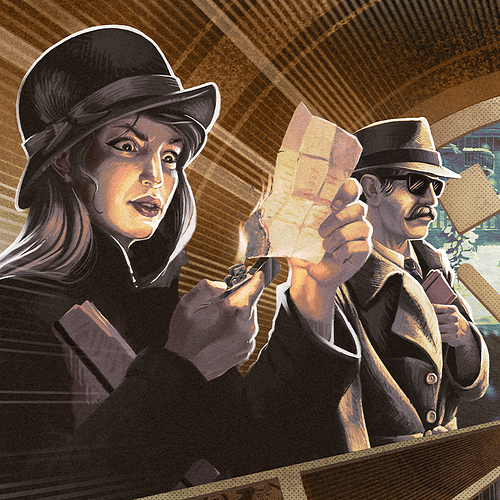 Note: I’m assuming anyone reading this is familiar with seasons 1 and 2. Should I not do that? Let me know if I should make things as spoilers!! This post contains reference to things from those games.

From the rule book: surveillance relates to the eyeball stickers on some cities on the board and is similar to starting a turn in the same city as faded or otherwise ways to get scarred and eventually to get killed from previous versions.

Mop up does relate to stuff players can put on the board that will take care of some problems.

If the rules were in the downloads section, looks like they’ve been taken down.

That’s where the link was on the page, yeah. It’s still coming up on my phone when I go back in my history, but I’m not sure if that’s just because it’s in my cache or if the file is in the same place and they just removed the link from the other page. Here’s the direct link to the pdf to see if that works.

Saved to read later thanks!

From the Dicebreaker podcast: there are no diseases at the start of the game.

After the basic cooperativeness of “all of humanity against the disease” in classic Pandemic and at least the beginning of PanLeg 1 (I haven’t played it), it seems a little sad to go to “our nation against the NPC nation”, even if it will presumably change later in the campaign. (And yes, P: Fall of Rome is basically the same thing, I don’t claim to be consistent about this emotional response.)