Multipliers are much easier 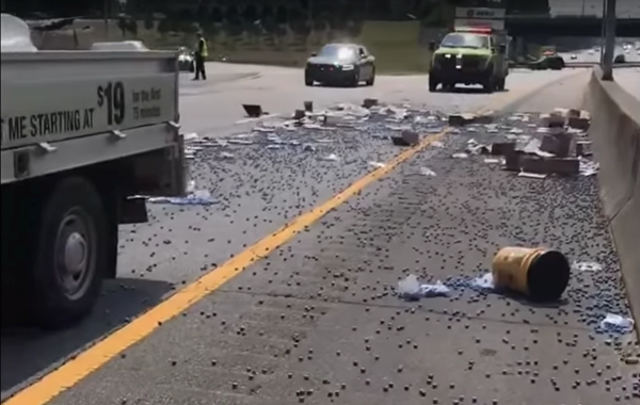 This is a video of the aftermath of a truck carrying three pallets of D6 gaming dice for an upcoming tabletop game from Trivium Studios taking a turn too sharply and spilling about half that load -- around 216,000...

And the total is vanishingly unlikely to be far from 756,000…

At least one of those dice will be cocked. Re-rolling is required,

the total is vanishingly unlikely to be far from 756,000

The big variance is one of the things I like about multipliers. It adds a bit of randomness. Players can take something out with a little luck that there is no chance would happen without the scatter induced by the multiplier. Or survive something surely fatal.

Or to look at this from the other side, the strong and increasing central peaking is the reason that I don’t like NdX distributions. I want the standard deviation on the mean to be large and independent of scale. Totalling several dice doesn’t help me get there.

Those d6 dice pool games are letting their pools get waaaaay too big!