I have been eyeing this one for a while 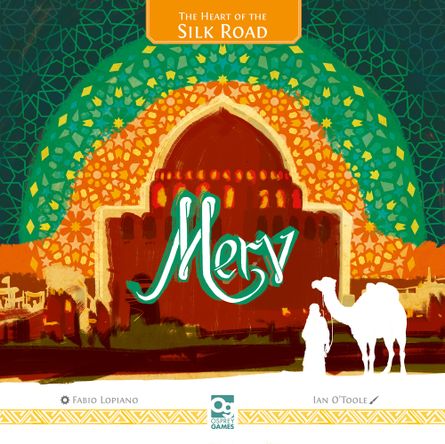 The cover looked just too beautiful and I feel the theme is one I personally haven’t seen much on games (I suspect people who have played the Marco Polo games will disagree with me here and of course there is the new Raiders of Scythia which I also forgot before declaring a unique theme).

I also watched Radhos runthrough the other day and I find myself wanting the game even more despite his usual enthusiasm.

It seems to have one of the most streamlined third player simulations I have seen and I usually dislike having to simulate one to make a full game for two players. But this one is really neat with an I cut you choose mechanism where each player gets to make a decision about where the bot goes.

I also rather like the way that actions get stronger and stronger but as a player fills a row or column with their own buildings someone else can move in and activate their buildings. It seems like a take that moment until it turns out that the owner of the buildings also profits…

My biggest worry about the game is the point salad. the center gamplay in the city of Merv seems solid. But I wonder if the different actions that result from the gameplay are truly balanced. It seems much harder to gain points and advantage from some of these.

Anyway this one is a big temptation. The rules are simple enough but the decision space seems complex.

I’ve already got this pre-ordered. As far as its promise, this one is firing on all cylinders for me.

[EDIT] Hit reply there by mistake!

Between the economic/ownership element and the wall building side project (which, near as I can tell has a cooperative/greater good element), I feel like there’s a really fun dichotomy to toy with here.

On the lesser, but no less influential end, there were a few extra factors, too. I’ve wanted to try Ragusa since it came out, so a new one from the same designer seemed like an ok compromise. It has a solo mode, that beautiful board and layout from O’Toole, and near as I can tell, this is Osprey’s big show for 2020 and that’s been a pretty good bet for the past few years.

I was all over Spiel last year looking for Ragusa… couldn’t find it.

So when I found out this was the designer of Ragusa, it is definitely a plus and looks more refined…

Is that game really called Merv? I may need to buy it purely because of this guy

That’s Merv Hughes. Destroyer of English cricket. Owner of a pet walrus that he wears on his face the whole time

Well, you can’t buy it until you find out whether you’ve won the BGG contest.

Ouch, got only 4 right answers. Meh. Which is weird because I just checked the one that I thought must have been the one I missed and that is not the one (the last one is a trick question, mean mean mean, the solo bot has a different name than the one used for 2 players). Radho really did a good job explaining the game because feel I could just start playing right now… but no TTS mod. Ah, I really need to visit FLGS and I know they won’t have it. They don’t have any Osprey games.

Instantly in my wishlist. Ragusa is good fun and Calimala is superb.

Jongetsgames has a really good playthrough tutorial up for it as well. More my speed for sussing things out. 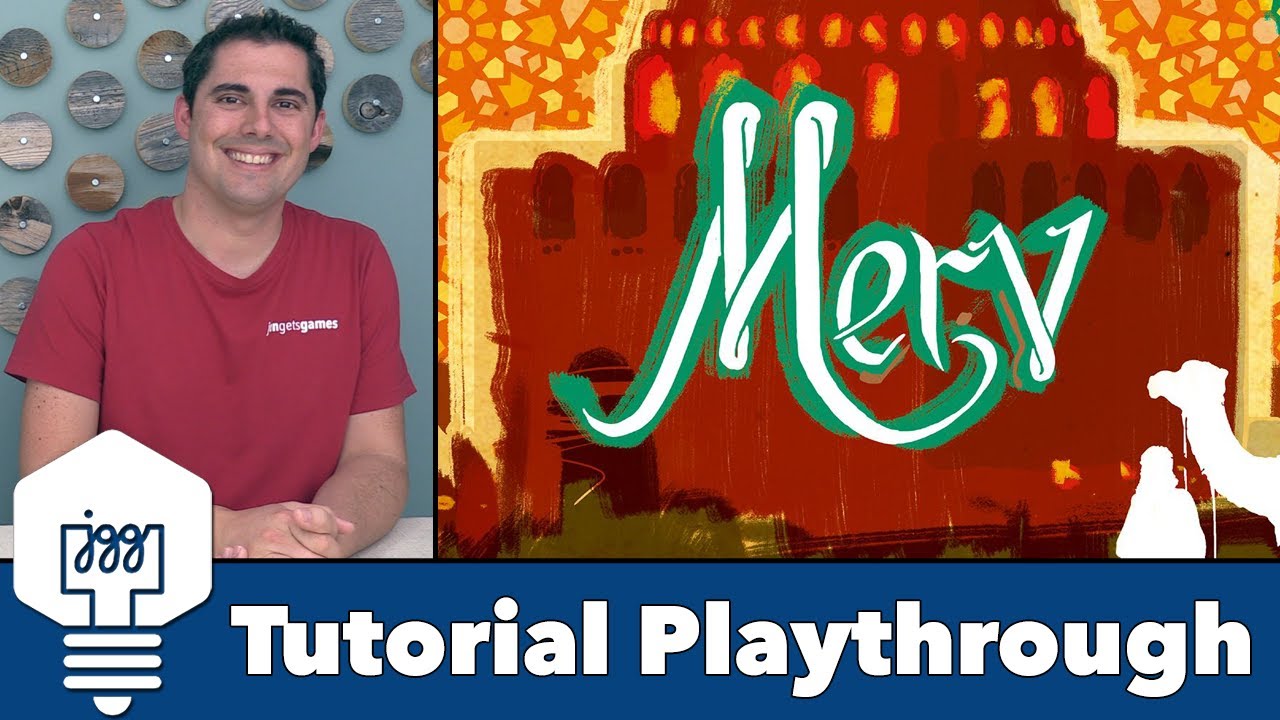 It also looks like Gaming Rules got hit up by Osprey to do their tutorial videos. I haven’t watched them yet, but Grogan does a rules playthrough and solo game, plus there’s an unboxing.

I have to say, it’s wonderfully minimal for a big euro. Only two sheets of punchboard and a pretty reasonable footprint. No superfluous player boards!!

I’ve gone and pre-ordered. Lately, a lot of games I was interested in sold out so quickly and I already know some of them won’t be easily available for a while yet.

Something managed to get people’s attention finally. #5 on the hotlist this morning.

And #1. Plus new solo vids from Ricky Royal. 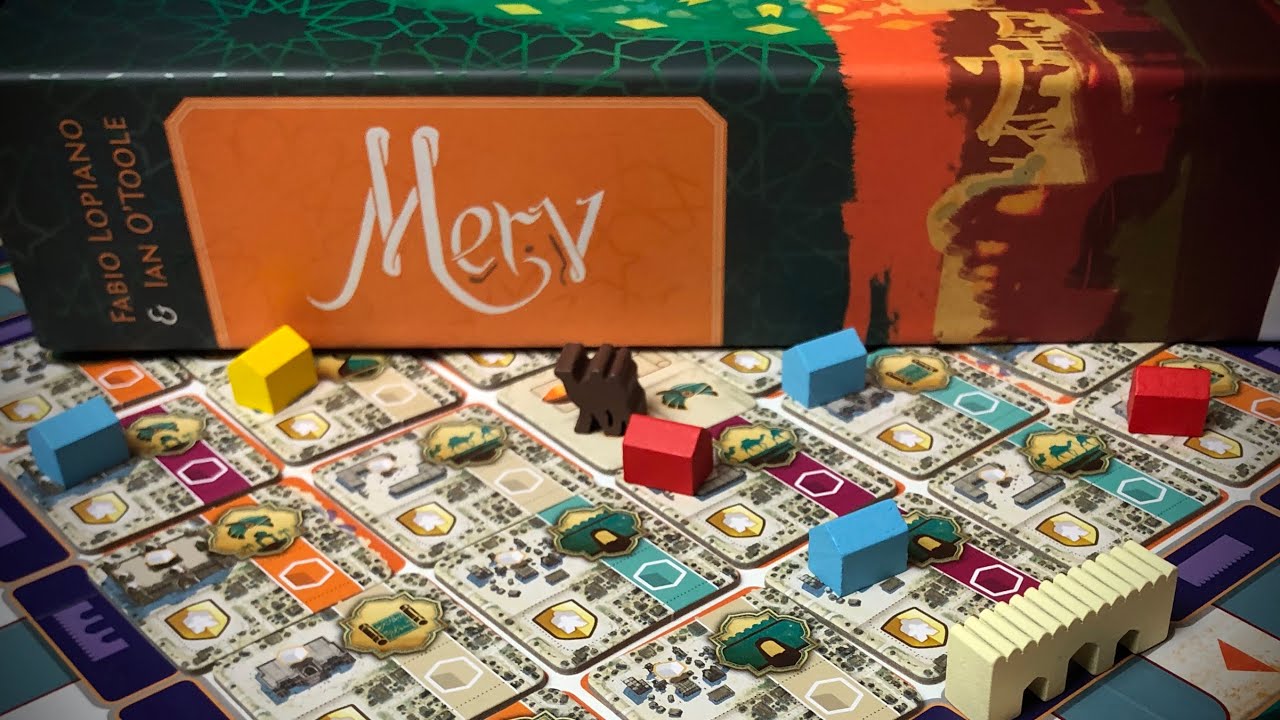 The way it’s now hovering atop the hotness, I am glad I preordered before that happened…
Even my partner is starting to get excited to try it

Is that game really called Merv?

It’s also called Heart of Silk Road. Like the place where we all buy our drugs!

So here’s a first for me: I have sold Merv before it has shipped.

I got a last second tip on a couple of items coming up for sale that were proving impossible to source “domestically” (based out of the US) and couldn’t pass them up.

Now here’s the real question: how long before Merv ends up in my collection anyway?