It recently occurred to me that fabric is probably one of those things that FB colonies just harvest. Sure, there are probably crops for various kinds of fibre and cord, but crops that produce serviceable fabrics are a gimme for any sensible colonization effort. I’m sure this has been mentioned in passing before but it never really stuck and I think it merits separate discussion.

Folks really care about clothes, and there will be important info encoded in them. Poor low DL folks might have more clothes than equivalent historical earthlings, woven cloth might both be a luxury good and inferior in many axes from what the peasants are wearing, and higher DL places with robot tailors might use utterly disposable, compostable, clothing. Folks without tailors may do the same with various wrapped&tied bolt of cloth styles.

Cheap strong fabrics might do odd things to architecture, although there many of the building materials will be biotech products so things will be even more complicated.

Anyway, since clothes are such an important part of NPC descriptions, there is a lot of room for sensawonda here.

What form might a fabric-crop take? Large flat squarish leaves, perhaps, that can readily be joined at the edges and/or cut to shape.

One of the ideas I really like from Transhuman Space is the clothing that can make small adjustments not only to custom-fit but to give you what you need at that moment (long sleeves, short sleeves, insulation, different colours, etc.). But fashionability and I are not close neighbours.

What form might a fabric-crop take? Large flat squarish leaves, perhaps, that can readily be joined at the edges and/or cut to shape.

I had thought of a tall cylindrical bole, perhaps hollow, that grew and periodically shed a superficial layer of weave or knit, analogous to cork oak, paperbark, or stringybark. Another possibility is to have a tightly-wound spiral of unifacial pseudo-cambium produce a roll of material with woven fibres embedded in it, as an excrescence developing normal to the plane of the spiral. Or a roll of cloth could grow and mature throughout, like a furled leaf. You might need to rett the bark/leaf/whatever to remove homogeneous material from between the fibres.

In the end I decided that a fibre crop is more convenient and versatile than a buffet of different plants for different weaves so long as you have mechanised milling and weaving. Cloth crops would be for pioneering and developmental first aid.

Anyway, since clothes are such an important part of NPC descriptions, there is a lot of room for sensawonda here.

I do try, consistently describing the unwettable, un-stainable, creaseproof, bullet-resistant, and brilliantly colourful outwear of high-dev and rich folks, their self-cleaning anti-bacterial poison-catalysing underclothes (which mean that they don’t really need to bathe), their gorgeous spray-on self-weaving recyclable leisure-wear and party outfits. But I’m not very successful: players seem to take it all for fan service. I also pay steady attention to the costume of the bit-parts and extras on middling and low-dev hellholes that PCs visit, portraying people as having more outfits, more colourful clothes, and cleaner clothes in better repair than they would have in comparable low-tech settings. But in those cases I think my usual players have tended more to look for cues to status and social conventions than to appreciate my world-building.

You’re right about armour, too. I portray workers in protection-needing occupations as wearing dutysuit (which is ForeSight TL6) regardless of dev level, and dress low-dev soldiers and guards with TL5.5 “kevlar”. I haven’t fussed about it much, but it seems to me that in Flat Black even the dev-level 1 “plate” armour ought to be laminated polyaramid-reinforced-epoxide cured over forms. I’ve describe a few low-dev bodyguards in shiny nonmetallic carapaces, but I don’t believe that they have made a lot of impression.

A while ago the PC in my current campaign found himself disguised as her bodyguard by a sympathetic goddess on Navabharata. He was dyed white on the right half of his face and body and vermilion on the left, and wearing a kelvar-reinforced polyaramid helmet, a heavy kevlar vest, light-kevlar knee-high boots, a black gunbelt with a stainless-steel magnum revolver on his right thigh and a cruncheon on his left hip, and — so as not to be indecent — a plaited raffia string round his waist with a strip of pleated lamé tucked through it. He fitted right in. (It was late morning/early summer in the South, and very warm. The worshippers all had gorgeous garments of songket, zari, and lamé, but they were only very wearing them in a very loose sense. The PC was very taken with an emboidered muslin shirt that was made to be worn in the manner of an hussar’s pelisse.)

You might conceivably get better effects by negative description. I remember reading once about a Russian novel where the author explicitly remarked whenever a character came into a scene SOBER. “She hasn’t got shit all over her,” as the saying goes. Tell the players when someone comes on camera whose clothes are NOT ultra-tech marvels. 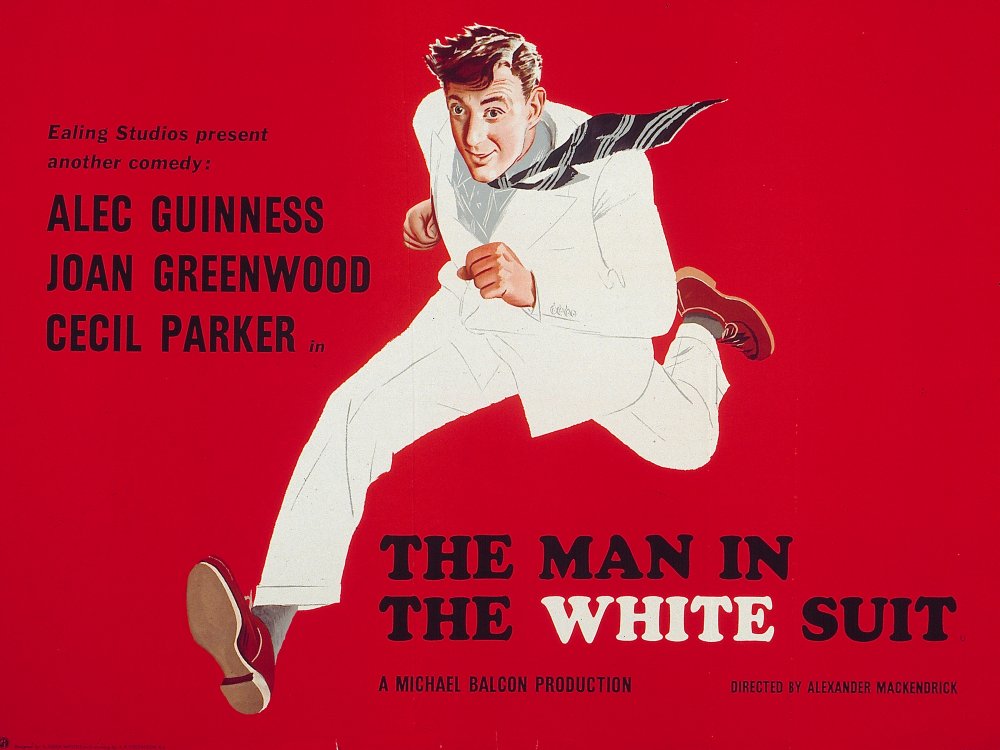 Radioactivity could do anything in the Fifties.

But in those cases I think my usual players have tended more to look for cues to status and social conventions than to appreciate my world-building.

Perennial GM problem right there. (Or as the kids these days are saying, “mood.”) Players tend to not care much about world building unless it is directly relevant to their mission or so different from their expectations that they feel they need to re-evaluate their understanding of the whole situation.

I have had some luck with my current crowd convincing folks that the goal is not to complete the mission or upgrade the PC but to do cool and awesome stuff that makes for a good story, but it’s contrary to everyone’s expectation of what a game is. A well described sartorial section of an “arming up” scene might fit here.

Alternately, one could worm the worldbuilding into the mission, but that is hard to do in a way that does not seem forced. Maybe the bad guy gets away by grabbing a wrap off of a passing civilian and using it as an improvised rope, and the pursuing PC has the same option except that ripping peoples clothes off in public is morally iffy to say the least.

A well described sartorial section of an “arming up” scene might fit here.

A robust and detailed set of rules about where weapons may be concealed about the person, and what effects different carries have on speed of the draw, might do wonders in the way of piquing players’ interests in fashion.

@Phil_Masters may agree with you, since there’s something very like this in GURPS Steampunk 2 - Steam and Shellfire.

One thing that I really liked about Justice, Inc.¹ was that it had good rules for carrying items concealed about the person, which were effective in inducing PCs to carry weapons other than the biggest hand-cannon that fit within their carrying capacity. James Bond 007 had rules of a similar effect (and in which different carries affected speed on the draw, too), but they were organised around holsters rather than places of concealment, so they didn’t so naturally connect to choices of wardrobe.

ForeSight copied its approach from JB007 with some improvements, so it is effective in making players choose concealable handguns that are quick to draw over magnums and target pistols for at least some circumstances. But concealment ratings are on the weapons table and carries are all under “h” for “holster” in the equipment list, which leave no rules for wearing any concealed equipment except for weapons, and no rules for different hiding-places except for hiding pistols.

¹ Justice, Inc. was a game derived from Champions, specialised for two-fisted pulp action in the 1920s and 1930s, a stable-mate and half-identical twin of Danger International. It was published before Hero Games homogenised its “heroic” games into Champions to produce the unified HERO System™ (and threw out all the “heroic” (as opposed to “superheroic”) rules variations). Justice, Inc. was the game that lured me out of fantasy dungeoncrawl RP, back in 1985.

A robust and detailed set of rules about where weapons may be concealed about the person, and what effects different carries have on drawing, might do wonders in the way of piquing players’ interests in fashion.

Say Yes to the Battledress?

Say Yes to the Battledress? 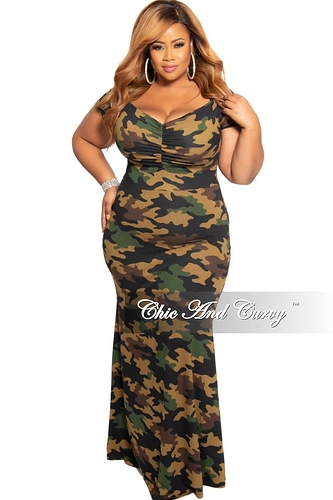 Semi-secret signalling via clothing can also be fun.

Semi-secret signalling via clothing can also be fun.

In the very first Flat Black campaign, about 1987, one of the PCs took to drawing a Justice Department¹ uniform jacket two sizes too large so as to conceal more body armour. To have better access to the heavy quality DEXAX pistol in his shoulder holster he wore it with the collar down, open at the neck &c., and folded back to make lapels. And he turned back the cuffs, thus concealing the accumulation of rank stripes around his wrists. When he got a knighthood he wore the sash around his waist in the manner of an obi, and on formal occasions wore a daisho thrust through it that had been made as a gift for him by the Tennō of Tsiolkovsky². The character became quite famous³ (as I think I have described before), and other officers in the JD took to imitating his style. Idiosyncrasies that Kobayashi adopted to be better-armoured and more heavily armed came to be affected as statements of JD’s political independence.

¹ The original name of what I am now calling “ILEA”.

² The Tennō of Tsiolkovsky was a constitutional monarch subject to such restrictions against expressing political views that he could hardly speak in public—everything was political on Tsiolkovsky. So when he gave daisho to an Imperial officer that was a big deal, on Tsiolkovsky.

³ There were four acts of Parliament to close loopholes that he had discovered in the legal protections of suspects. (For example, it no longer counts if you make a broadcast on planetary news networks in which you warn everyone on the planet that they do not have to say anything, but that it might harm their defence not to mention when questioned facts that they later rely on in court. Everything they do say will be recorded in video and may be presented in evidence.) An Imperial residence got nuked by a culprit trying to interfere with one of his investigations. He once said “I am arresting you on eight by ten to the fifth counts of murder” (and you can bet that that made the news).